When the remains of a strange mummified skeleton, measuring only six inches, were discovered in 2003. wrapped in a leather pouch in a remote and desolate town in Chile’s Atacama desert, conspiracy theorists went wild. This, some said, was the proof of alien life existing on Earth. Some 15 years later, Californian scientists have released findings from more in-depth analysis of DNA extracted from the bones of the tiny mummy, which you can actually hold in the palm of your hand.

Sadly enough, it turns out this is a heartbreaking story of a deceased human being, one who scientists gave the name Ata. She was a female, a fetus in her 22nd week, and likely was stillborn or passed away shortly after birth. Ata suffered from devastating malformations of her bones, which gave her an otherworldly body that so many have believed was alien.

Her cone-headed skeleton has a prominently elongated skull, with a face and jaw that were weakly developed. Given her abnormal bone features, some thought in the beginning that these were the remains of a human around the age of seven. The skeleton also had only 10 pairs of ribs, instead of 12 that is the norm for a human.

Scientists believe that her arrival into this world, and swift departure from it, occurred about four decades before her remains were discovered in the Atacama. The extraordinary sight grabbed the attention of Garry Nolan from the Stanford University in California, an expert in microbiology and immunology. He proceeded to examine the specimen more closely, and as early as 2013 he and his team offered the explanation that the remains were of a human, though many details were unknown at that point. 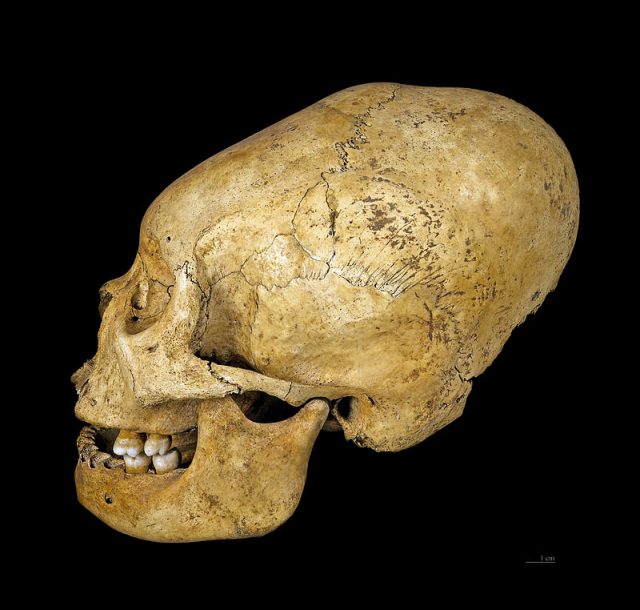 Five years later, after analysis of Ata’s genetic material, there are clearer clues about the entire mystery. It seems the skeleton was severely deformed due to multiple mutations in the genes, which heavily impaired the normal bone development process.

With his team in California, Nolan has summed up the research, with results issued in the March 22, 2018 journal Genome Research, revealing the complete genetic arrangement of the remains. Results have shown that Ata showed mutations in a minimum of seven of her genes, which could have caused significant skeletal abnormalities and fastened the growth of bones.

If all the affected genomes acted together, that is the explanation why, despite being still a fetus, Ata demonstrated such a rapid growth of her bones, one that proved fatal. It also explains the unusual shape and composition of her skull, with sutures already fused together. A genetic mutation would have precisely fastened the sutures to join together. The skull plates fused prematurely and produced the elongated skull, according to Live Science.

In addition, Ata may have suffered from a defect known as a congenital diaphragmatic hernia, in which the diaphragm of the infant does not grow properly, the Guardian reports. Nolan has stated that the malformations were so bad that the fetus was “unable to feed.”

Further genome analysis and comparison also confirmed that Ata’s DNA matches a mix of genomes specific for the region of Chile where she was found. Far from being an alien mystery, this was a tragic human story, in which a mother bore a severely malformed baby who became mummified.

“It turns out to be human, with a fascinating genetic story from which we might learn something important to help others. May she rest in peace,” said Nolan. He hopes that Ata will be returned to Chile and properly buried there.

The latest research also revealed that some of the mutations found in a portion of the genes had never before been part of the understanding of growth and development of skeletal parts. Which means at least one thing has been learned from Ata’s case that could one day help other patients.