The Apatani tribe women and their startling nose plugs

A myriad of ritual practices exist around the world, including tattooing, body piercing, and, as one corner of India reveals, nose plugging.

This last tradition has been followed by the Apatani tribeswomen, who originate from a migratory tribe that is now settled in the Lower Subansiri district in northeastern India.

On their piece of land, the Apatani Plateau, the Apatani tribespeople make a living from farming and fishing. 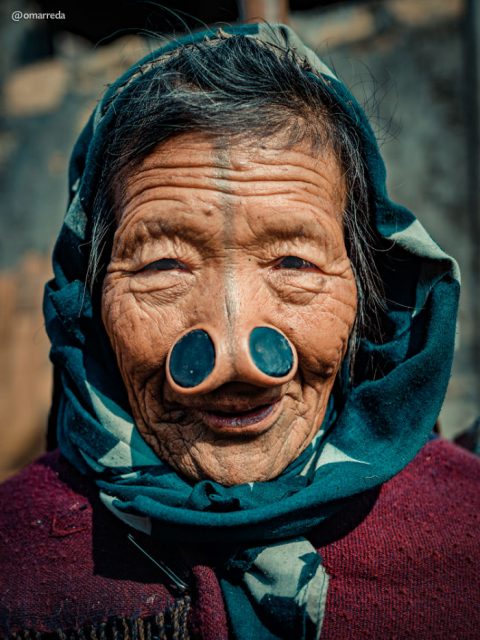 Close up shot of an old lady with her quite prominent nose plugs. Photo by Omar Reda 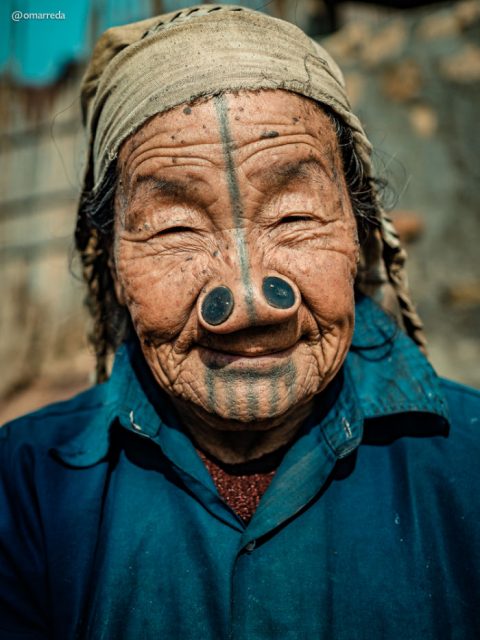 Besides the nose plugs, tattoos were applied on the women’s face as part of the age-old custom. Photo by Omar Reda 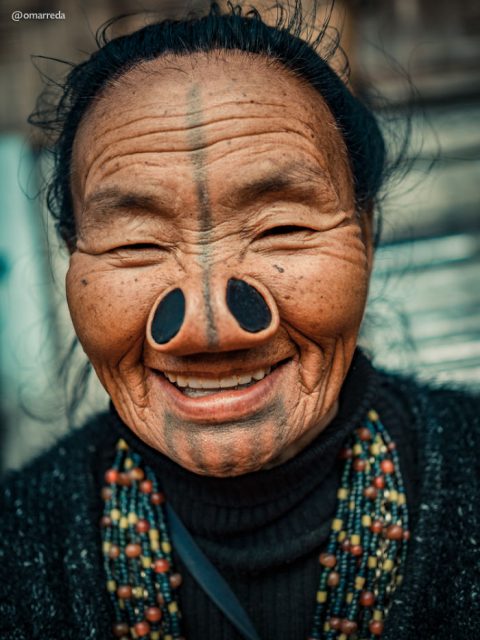 Almost always, the tattoos were vertical lines starting from the forehead and moving down to where the chin ends. Photo by Omar Reda 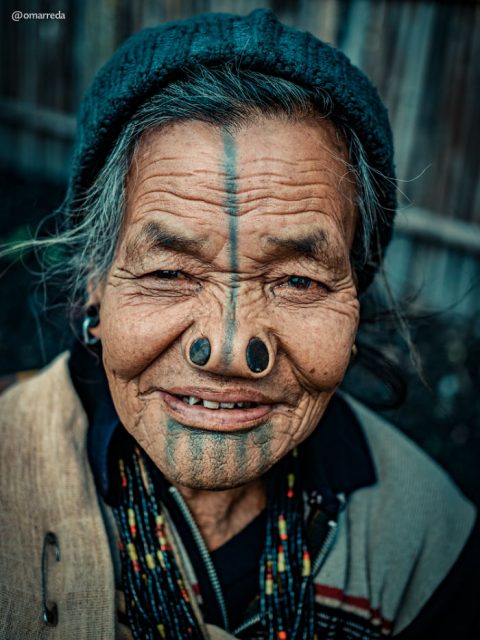 Noticeable on the photos is also the beaded jewelry that the women often wear around their neck. Photo by Omar Reda

They follow an animistic religion known as Donyi-Polo, in which Donyi means the Sun and Polo the Moon–opposite but complementary forces, similar to yin and yang. It is a common religion of the ancient Sino-Tibetan tribes in the Indian state of Arunachal Pradesh.

The women in the tribe, exceptionally beautiful, were captured by neighboring tribesmen in the past. To prevent this from happening, the village elders proposed that each woman inserts nose plugs and also have facial tattoos to make them less attractive to the raiders.

Perhaps the practice began as a precautionary measure to protect the women from abduction, but it grew to become a vital part of Apatani culture and tradition. 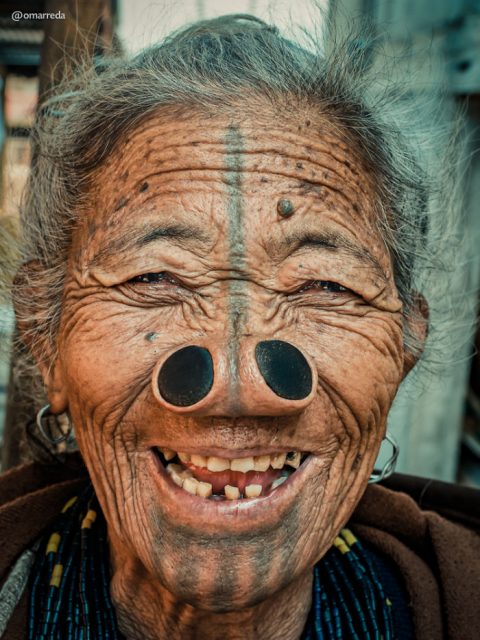 This age-old tradition was observed until the 1970s, when the government imposed a ban on the nose plugs incisions.

At present, only the last generation of older women from the Apatani villages have the prominent facial emblems, a reminder of a cultural practice that is now chronicled in the past.

The featured photographs reveal the beautiful faces of the Apatani village women in the northeastern part of India. They are captured by photographer and graphic designer Omar Reda, who comes from Lebanon and who has so far journeyed through a plethora of remote regions in the world, visiting tribal communities and documenting their lives through the lens of his camera. 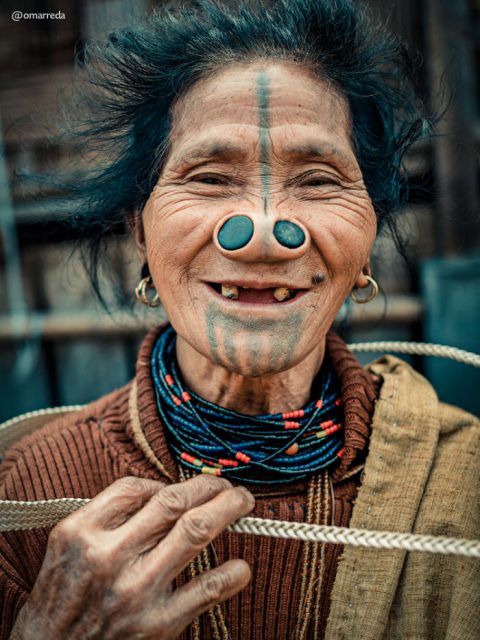 The nose plugs and facial tattoo custom in this tribe are slowly being consigned to history. The photos depict the last generation of women who have them. Photo by Omar Reda 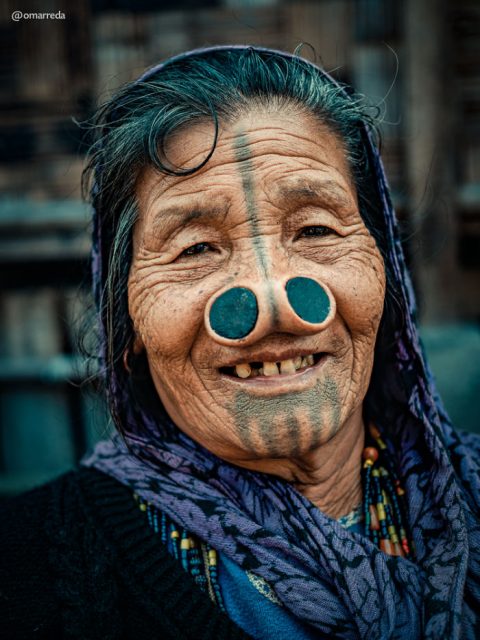 The name of the nose plugs is ‘yaping hurlo’ in the local language. Photo by Omar Reda 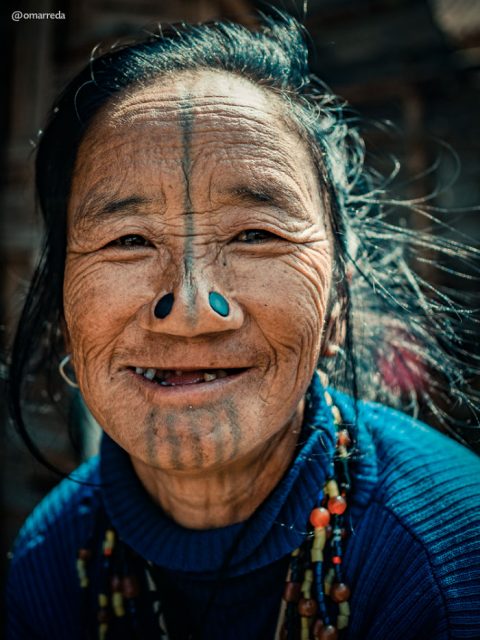 The nose plugs are always positioned on the sides of the nose and are akin to an ear stretcher plug. They do not obstruct breathing. Photo by Omar Reda 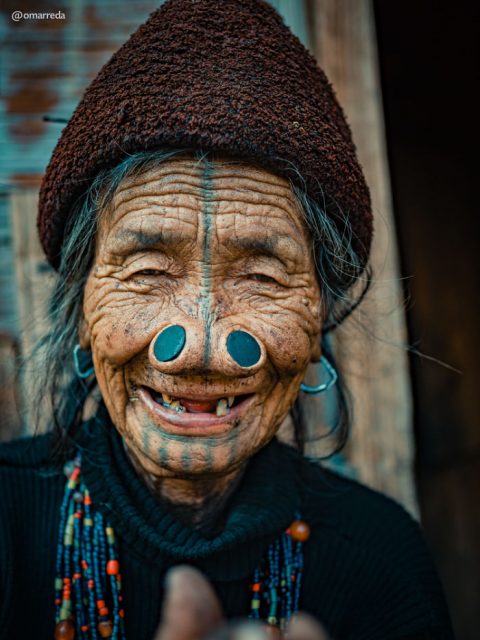 Originally, the nose plugs were inserted to make women in the Apatani villages less attractive to members of other tribes. Photo by Omar Reda 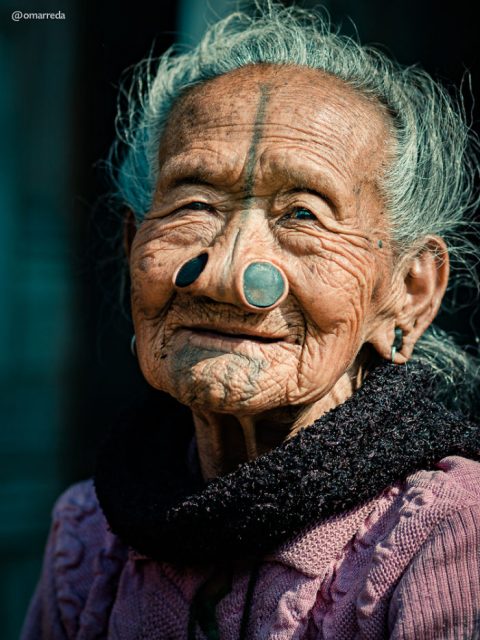 Over time, the nose plugs embedded into the local culture and custom as an indivisible part of it. Photo by Omar Reda 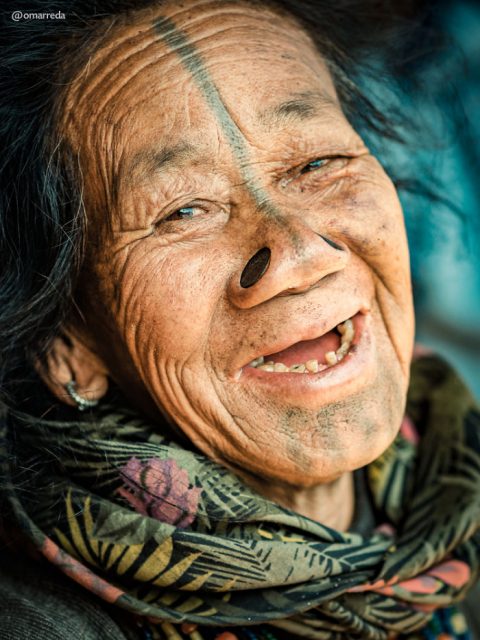 Nevertheless, the 1970 governmental ban on this practice meant ending this tradition. Photo by Omar Reda

In a previous expedition, Reda documented the last generation of Konyak headhunters, also from India, sharing their vanishing heritage with the rest of the world.

Now he has documented the last generation of the Apatani women who wear the nose plugs, and make sure you visit his Instagram account to see more of Omar’s fascinating work.

For Reda, the Apatani women were actually his first contact with a culture that has followed nose decoration as a customary practice. “Uncontrollably, I couldn’t take my gaze away from the nose plugs of the senior women,” he commented. “I visited many tribes around the world; this was my first encounter with such nose decoration.” 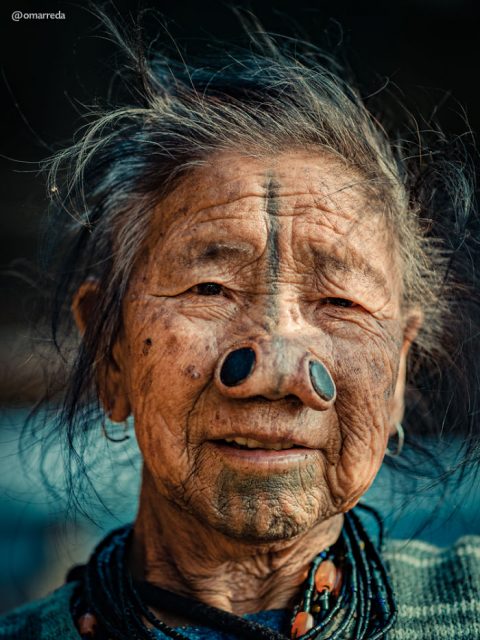 The dying custom is still a reason for travelers to visit an Apatani village and meet with the people there. Photo by Omar Reda 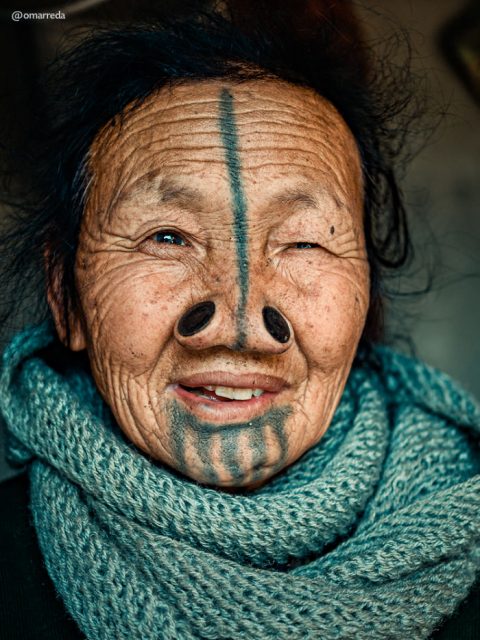 The dark tattoos were inked on the women’s faces typically around the time of their first period. Photo by Omar Reda

Reda was also shocked to hear about the story behind the practice, that this ritual was observed in order to protect the village women from being kidnapped by other tribesmen.

That is actually one of the many stories and tales that one could hear upon visiting the Apatani. There are no written accounts of these stories, but the Apatani share them as part of their oral literary tradition; the story of why the women undergo facial deformation is an essential one which the Apatani keep in their collective memory. 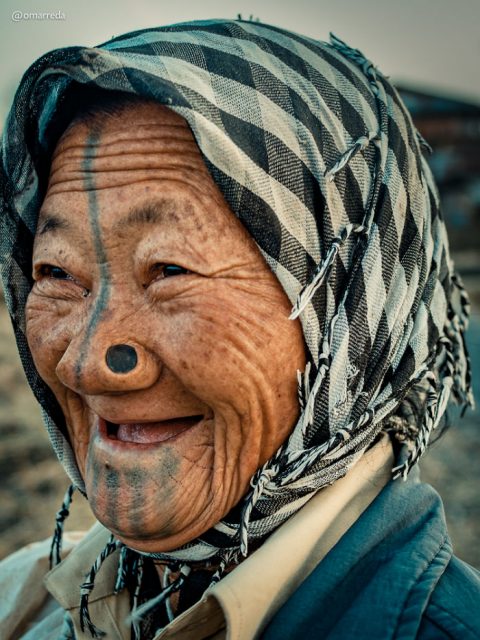 Almost all women who can be seen with nose plugs and tattoos nowadays belong to the elderly village populations. Photo by Omar Reda 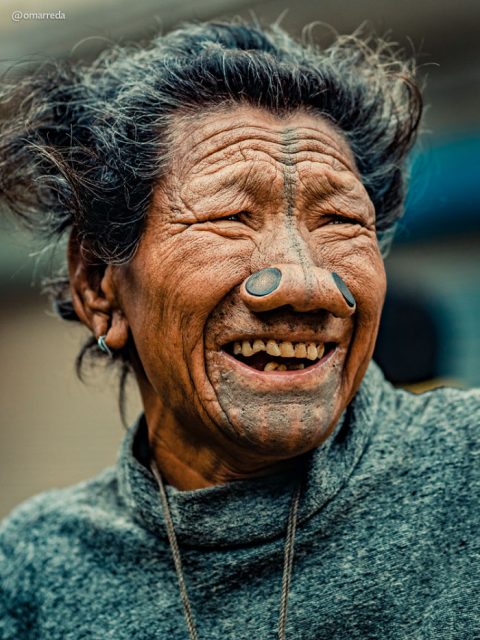 The Apatani women do have beautiful smiles. Their nose plugs and top-down facial tattoos are the last relics of an era that is now long gone. Photo by Omar Reda

Besides the nose plugs, the women’s faces were also embellished with dark tattoos, usually straight lines starting from the forehead and running all the way down to the chin. This practice, too, became a thing of the past when the government introduced the ban five decades ago.

Nevertheless, other traditional customs seems to be deeply rooted in the Apatani people’s everyday life.

Reportedly, each household in their villages keeps a sacrificial altar where people leave chicken eggs for good health and good fortunes.

Sacrificial sites also exist, not only in the households but also in areas of the village where people go to ask the spirits to fulfill bigger wishes. Besides chickens, cats and dogs are greatly popular and kept among the village people. It is a beautiful “other” world in a remote corner of our planet.

« Messerschmitt KR200, the super cool bubble car from the 50s
33 images of the gorgeous Lillian Gish, the “First Lady of American Cinema” »