It’s quite unusual for people who are sentenced to execution to survive. It has happened, however, and these are a few of their stories.

In March 1915, 25-year-old Wenseslao Moguel was fighting on the side of Pancho Villa in the Mexican Revolution. When he was captured by Mexican authorities, he was immediately sentenced to death for being a traitor.

There was no trial or defense of any manner, and on March 18th he was placed in front of a firing squad consisting of nine soldiers.

An officer was standing by to deliver the last shot into a major organ to ensure death. 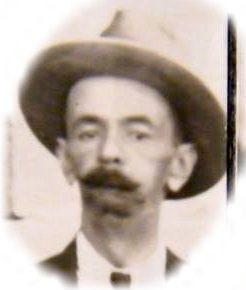 The soldiers were commanded to fire, and nine bullets went into Moguel’s body. The officer stepped up, delivered the last shot to the head and Moguel was left for dead.

After the soldiers left, Moguel, still alive and conscious, crawled away and looked for help.

Three blocks away, at the church of Saint James Apostle in downtown Santiago Tequixquiac, he was found by a parishioner who looked after him until he was healed.

After his recovery, Moguel gained the nickname “El Fusilado” which means “the executed one.” 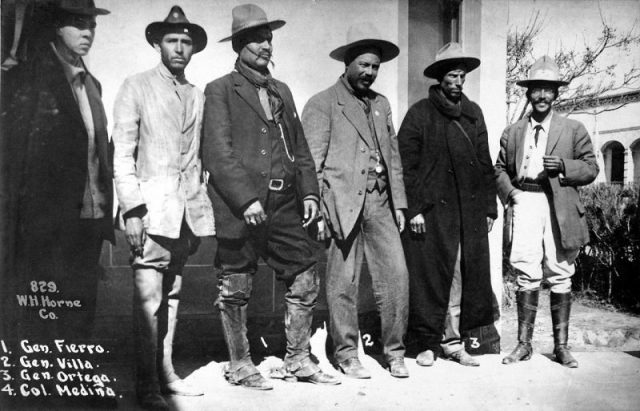 Northern Revolutionary General Francisco “Pancho” Villa with his staff in 1913.

In 1937 Moguel became a bit of a celebrity after appearing on the Ripley’s Believe It or Not! radio show in Cleveland, Ohio. Although his face was disfigured by the bullet that went in just below his cheekbone on the right side and exited below his eye on the left side, he lived until the age of 85 and died in Mexico in 1975. A song about the attempted execution of Wenseslao Moguel, titled “El Fusilado,” was released in 2008 by British band Chumbawamba.

Two centuries earlier — in England, in 1740 — teenager William Duell was sentenced to death along with four others for raping, beating and murdering a woman in Acton, west London. The five boys were hung and taken to the local surgeon’s college where their bodies would be used to educate future doctors. 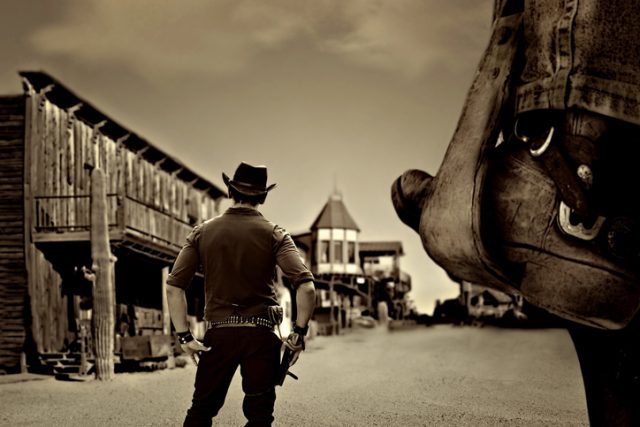 Branded a traitor, Wenseslao Moguel was sentenced – without a trial – to execution by firing squad.

After about ten minutes a nurse heard groaning from the area in which Duell lay.

Upon discovering their “corpse” was still alive, the doctors used the common practice of letting blood, and he was revived. He was incoherent for some time after his ordeal, but after a fitful sleep of about seven hours and consuming some broth and a glass of wine he was able to be questioned. Duell had no memory of the crime or of being hanged. Because of his miraculous recovery, his sentence was overturned.

Londoner John Smith was sentenced to hang after being convicted of robbery.  In December of 1705, he was taken by cart to Tyburn to be hanged. The noose was placed around his neck and the cart was pulled away, leaving Smith hanging. He dangled there for over fifteen minutes, still alive. 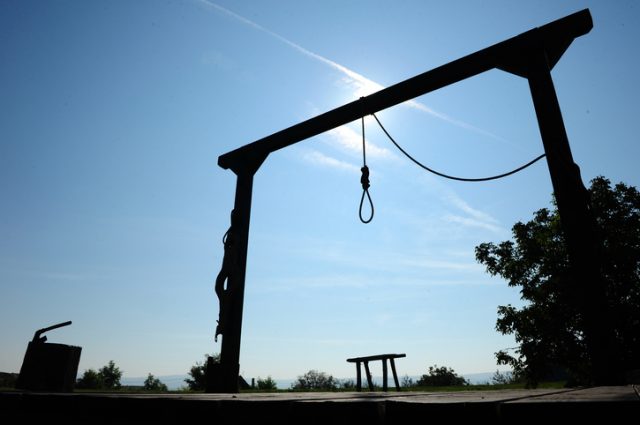 John Smith somehow survived being hung from the gallows for fifteen minutes.

The crowd begged for reprieve and Smith was cut down and soon recovered at a nearby home. According to Listverse, upon being asked what it felt like to be hanged Smith replied, “When I was turned off I was, for some time, sensible of very great pain occasioned by the weight of my body and felt my spirits in strange commotion, violently pressing upwards. Having forced their way to my head I saw a great blaze or glaring light that seemed to go out of my eyes in a flash and then I lost all sense of pain.”

“After I was cut down, I began to come to myself and the blood and spirits forcing themselves into their former channels put me by a prickling or shooting into such intolerable pain that I could have wished those hanged who had cut me down.”

In 1801 British citizen Joseph Samuel was sent to the penal colony in Australia for robbery. In Australia, he and some other men robbed a home and killed the security guard. In 1803 the authorities captured Samuel who admitted to the robbery but claimed he had not participated in the murder. As they had no evidence to convict the other men, Samuel took the brunt and was sentenced to hang.

He was taken to Parramatta and when the rope was placed around his neck and the cart taken away the rope broke. The executioners strung another rope, but this time the rope became loose and Samuel was able to touch the ground. On the third try, the rope broke again. The Governor believed it was a sign from God and changed his sentence to life imprisonment.

« The Costly Wars Between the U.S. and Florida’s Seminole Tribe
One of Scotland’s Largest and Oldest Clans has Appointed its First Chief in 337 Years »