Fish, while being a delicious meal, can sometimes stink tremendously. If it’s not fresh enough, or worse, if a co-worker decides to microwave it in the office, the smell can be enough to make you gag.

But for some cultures, fish that stinks to high heavens can be seen as a delicacy, such as the Swedish surströmming.

This dish, served in a can, is a lightly-salted Baltic sea herring that has been fermented for at least six months. 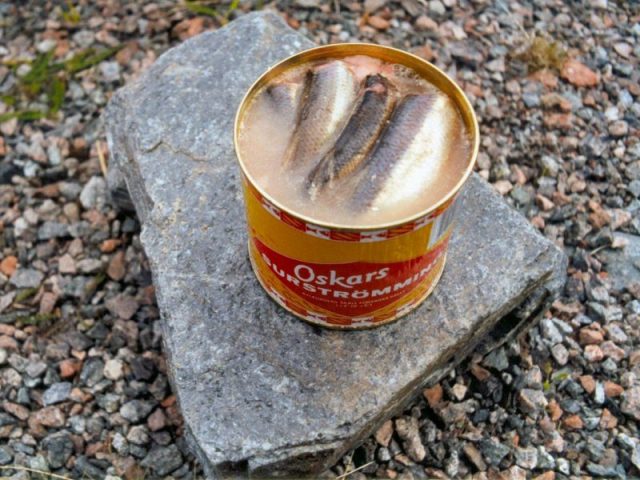 Opened can of surströmming in brine. Photo by Lapplaender CC BY-SA 3.0 de

The salt applied to the fish is barely enough to prevent it from rotting, which in turn creates one of the worst possible stenches inside of the can. In fact, a Japanese study that focused on measuring the stench of foods judged surströmming to be the smelliest food in the entire world!

Special precautions must be made when eating surströmming, or else the smell emanating from the dish could make the eater, or those around the eater, sick to their stomach. Opening the can indoors would be a terrible idea, for the scent would quickly permeate the area and linger for far too long. 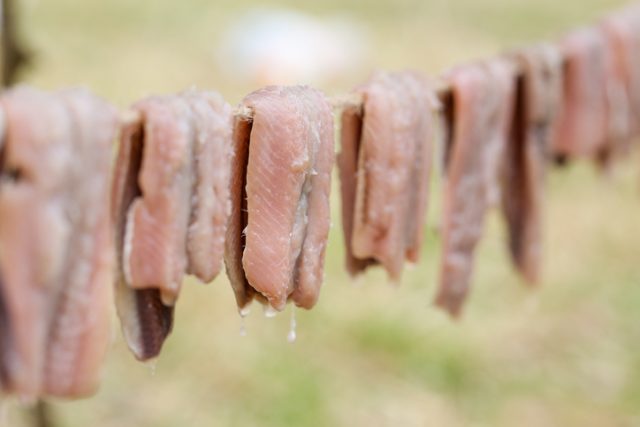 Close up of herring fillet, out of a surstromming can

The pressure from the can creates a danger as well, for popping the can open could cause the brine to splash everywhere, soaking into clothing and the environment. The brine retains the full smell and can linger for quite some time. This is often why surströmming is opened when submerged in a bucket of cold water, as a way to prevent the spray from getting all over the place. 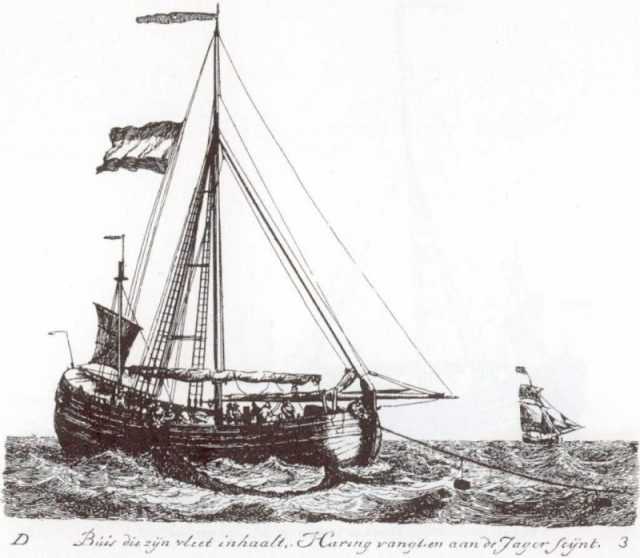 Surströmming is a bit of an acquired taste and for those who aren’t accustomed to the smell of the can, it can be rather overwhelming. One particular case of surströmming’s stench coming under fire was when a German landlord in 1981, discovered that one of his tenants was busy smearing a can of the stuff in the stairwell.

This was done by the tenant to annoy one of the nearby neighbors, with whom they were embroiled in a petty feud. The scent was unbelievably atrocious and caused serious duress in those who were living in the building at the time. 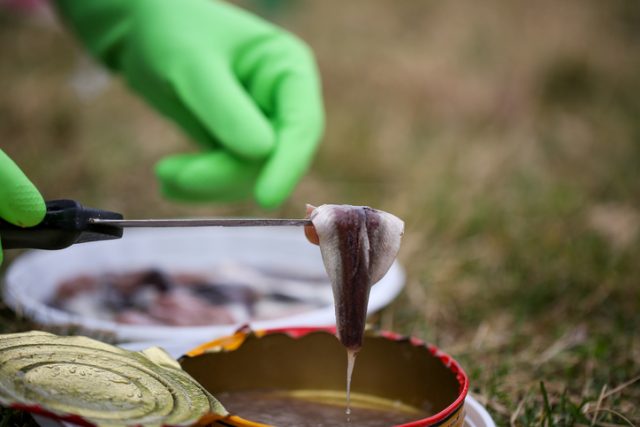 Close up of herring fillet, out of a surstromming can

With such a terrible smell emanating from the stairwell, the landlord sought to have his tenant evicted. Such an act was more than simple malfeasance — the terrible rotting smell of the brine continued to linger for quite some time. However, by throwing out the tenant, the landlord violated the tenants’ rights. In Germany, evicting an individual without notice is grounds for a lawsuit and as such, the landlord found himself taken to court.

The landlord didn’t have too difficult of a time proving that his tenant’s vandalism warranted such a hasty removal. All he had to do was open a can of surströmming in the courtroom, no doubt causing the majority of people inside to gag and wish desperately to leave the premises as quickly as possible. 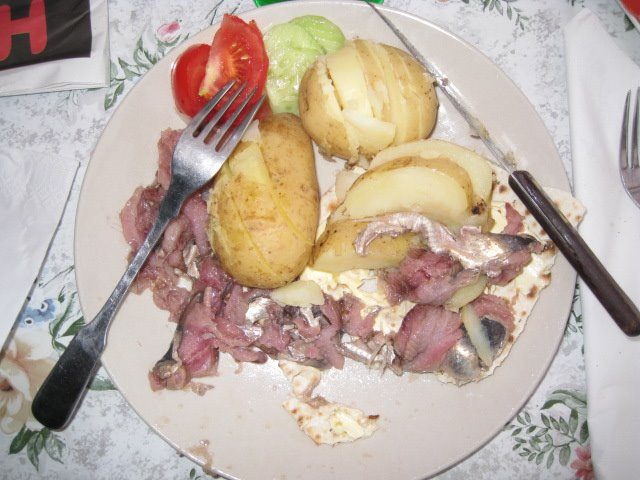 Surströmming served on flatbread with boiled potatoes and salad.

The courts, having been subjected to the same olfactory torture as the landlord’s tenants had been, quickly ruled in favor of the landlord. The smearing of the brine was too much of a crime to allow the tenant to stay.

Surströmming, considered to be both a delicacy and a nuisance, is certainly nothing to mess with. Yet, with all of the negative publicity that the dish receives, from being banned in airports to evictions, there are some individuals who do enjoy the taste and have learned to stomach the smell of surströmming. They would argue that it tastes nothing like it smells.

Although in the words of one German critic, Wolfgang Fassbender “the biggest challenge when eating surströmming is to vomit only after the first bite, as opposed to before.” Bon appetite.