Rare Early Photographs of the Amish Way of Life

The Amish community in the United States was formed out of Swiss German Anabaptists who emigrated from Europe in the 18th century, following the failed Radical Reformation, after more than a century of civil wars, poverty, and persecution.

They mostly settled in Pennsylvania, and brought with them their specific way of life, together with a very zealous understanding of Christian fate. Evolving from one of the most radical factions of Martin Luther’s rebellion, the Amish took their religion very seriously, as they still do. 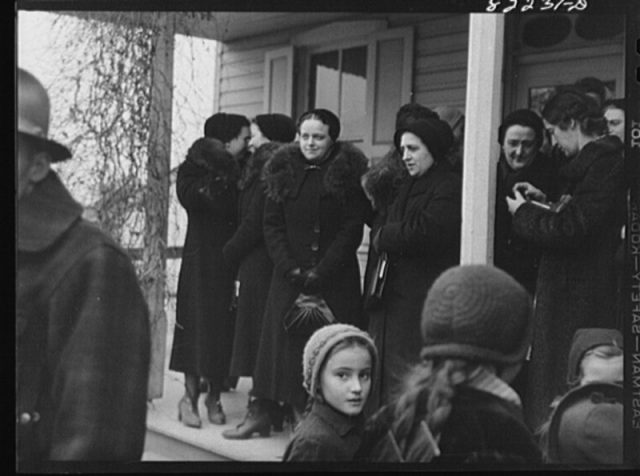 Amish and Mennonite women at a farm auction. 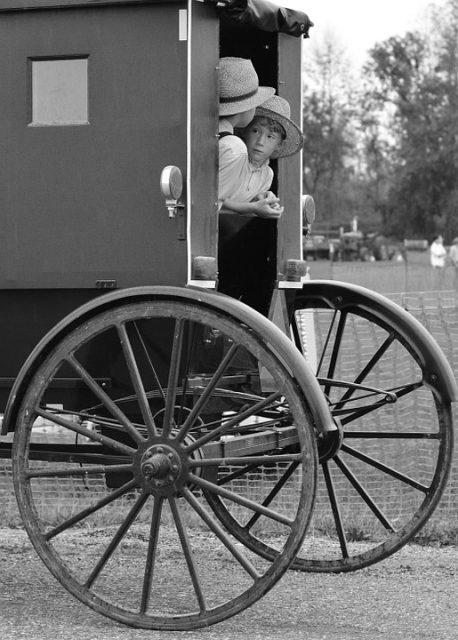 Due to their strict understanding of the Bible, numerous luxuries of the modern world were vastly rejected.

Among them was photography. 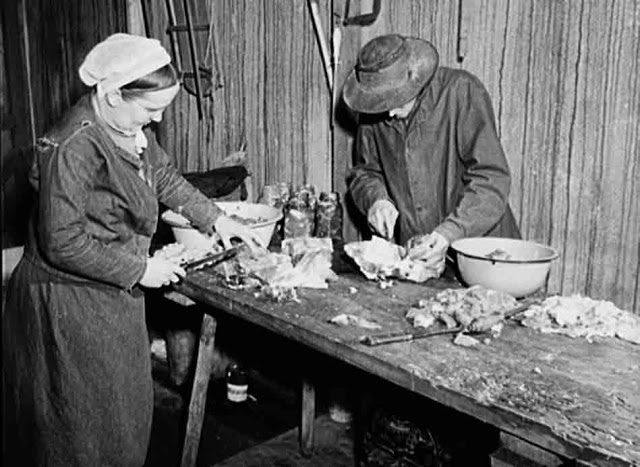 Amish man and woman prepare beef for canning in March 1942. 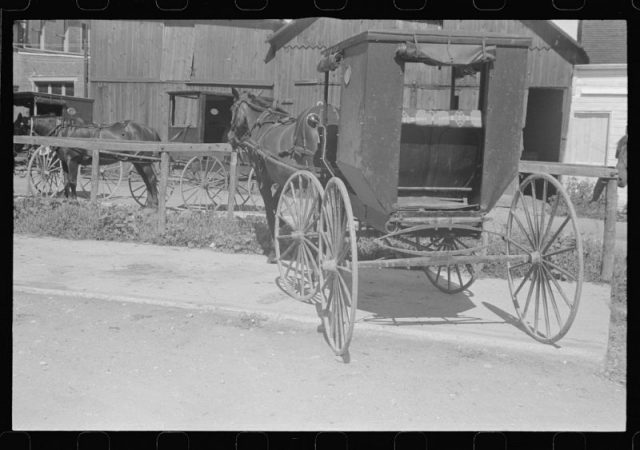 As the Second Commandment prohibits the making of “graven images” ― photography, as well as painting and film are considered by the Amish to be nothing more than a needless promotion of individualism and vanity. This mostly applies to posed photos as they perceive this kind of physical representation as a show of pride, arrogance, and haughtiness, all of which fall under the term “Hochmut”.

The opposite of “Hochmut” is humility or “Demut” and “Gelassenheit” meaning calmness, composure, and placidity. These are the two principles on which the Amish govern themselves, so rejection of photography doesn’t come as a surprise. 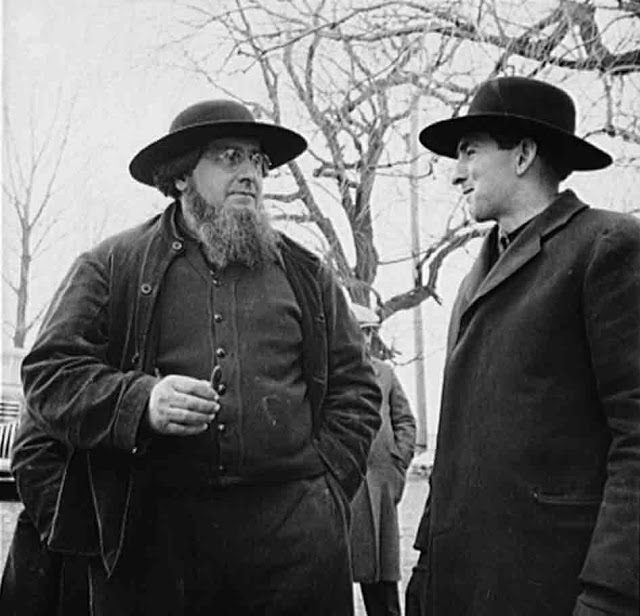 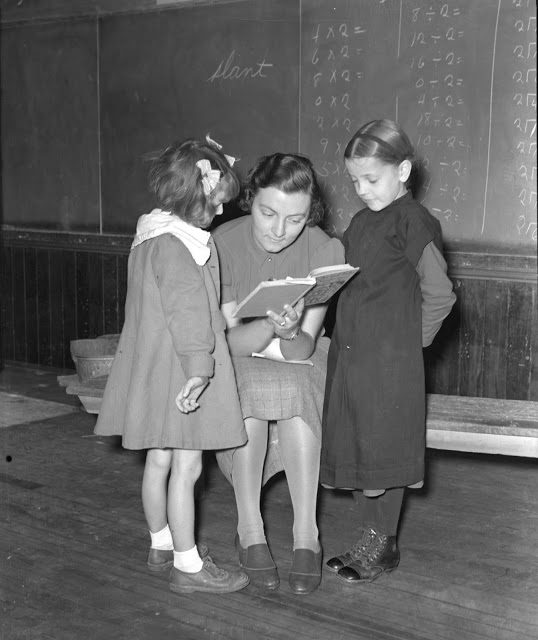 An English and Amish girl are tutored by their non-Amish teacher in 1938 in Lancaster County, PA. 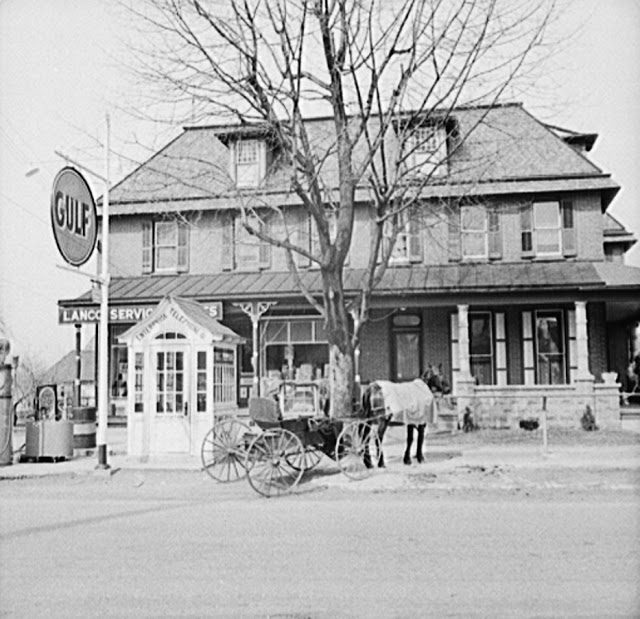 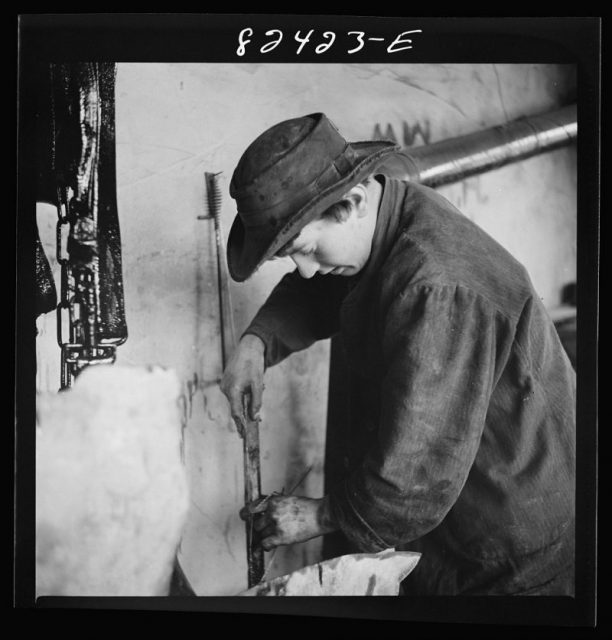 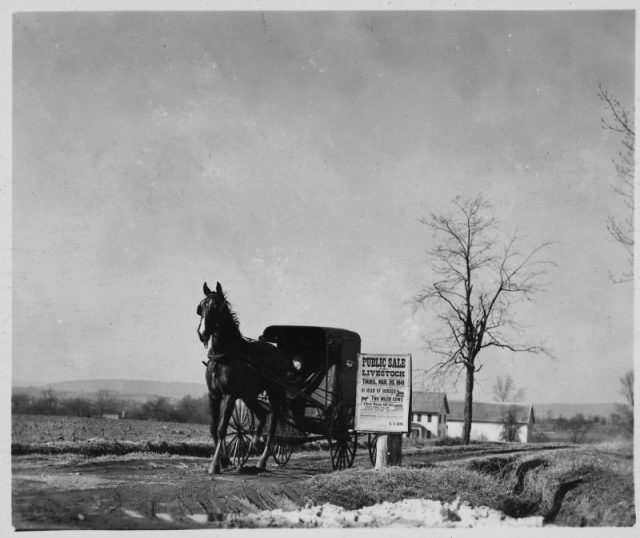 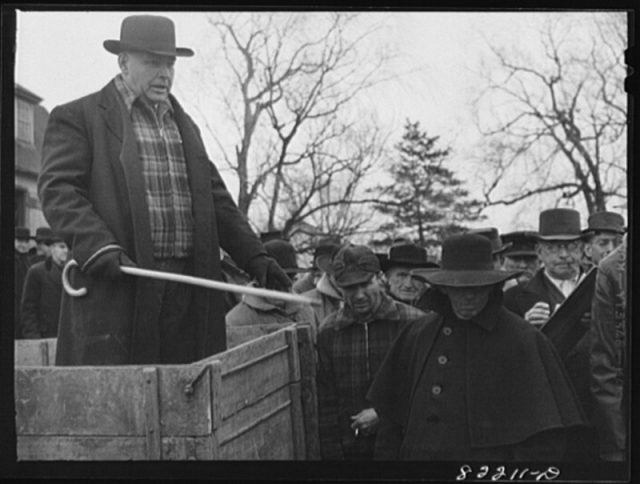 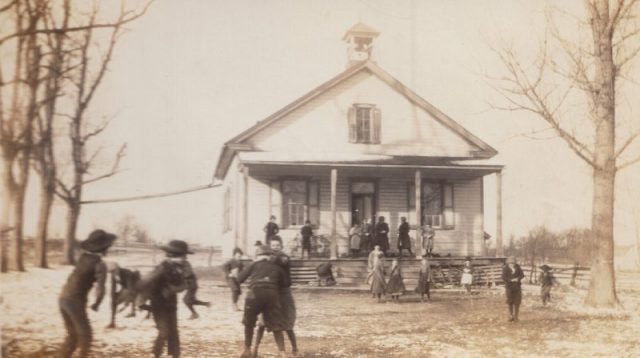 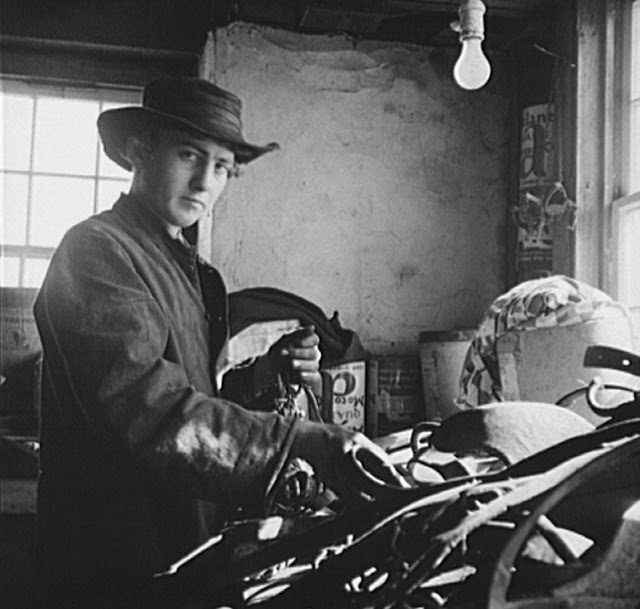 This beardless unmarried man, not yet a member of the church, may have posed for this photograph while he was working in the barn. March, 1942

On the other hand, some Amish believe that photographing is allowed if it captures an image of them, without their knowledge, or as they call it “unposed”.

Thus, there are rarely any Amish people caught on film. However, in the late 19th and early 20th century, while photography was an innovation not quite regulated by the Amish code of living, some people agreed to have their pictures taken. 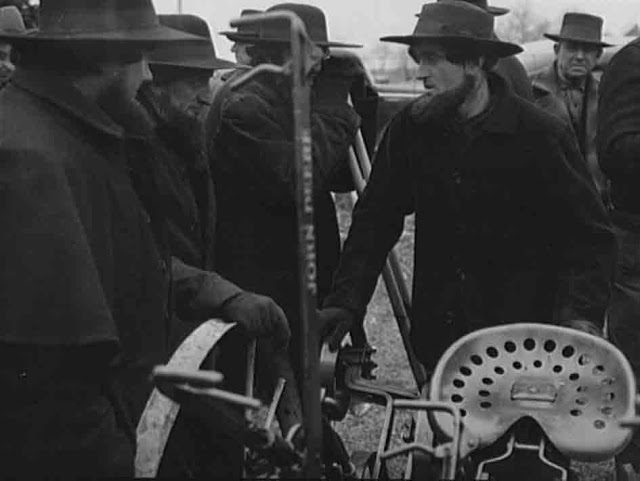 This horse-drawn John Deere plow came up for auction in Lancaster County, PA in March 1942.

Some were made as school photos, capturing both the Amish children and their schoolmates of different creeds. Others were made as part of county fairs or other celebrations.

Portrait photographers and anthropologists alike hurled to Amish settlements at the dawn of a new century, in attempts to capture the lifestyle of people who resisted change for more than a hundred years.

But the communities sensed the disturbance which these strangers brought with them ― very soon signs saying “No photos please” became a common sight in every Amish settlement.

Read another story from us: The Most Famous Middle Finger on Earth Belongs to Galileo Galilei

Today, Amish are resilient as ever against reckless tourists who disrespect their wish to avoid cameras but are willing to cooperate with documentary filmmakers and professional photographers who are familiar with their code.

« Won’t You Be My Soviet Neighbor? Mr. Rogers’ Bizarre Appearance on Russian Television
The Accidental Mummies in a German Cathedral which are now a Tourist Highlight »