When the Nazis invaded Czechoslovakia, they were impressed with the first serially produced and aerodynamically designed automobile in Eastern Europe, the Tatra 77a.

Czech engineer Hans Ledwinka and Zeppelin aerodynamics engineer, Paul Jaray, designed and built this new star of the road, launched in 1935 as the successor of the Tatra 77, which had been a very popular car. 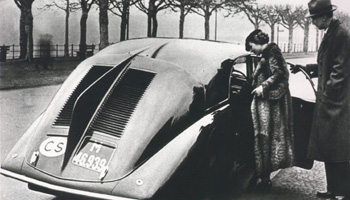 The Nazis appreciated the vehicle’s sleek look and its top speed of 100 mph. As a result it became very popular among high-ranking Nazis, according to the Telegraph.

That high demand, combined with the rear-engine vehicle’s poor handling and high top speed, led to many deaths of high ranking Nazi officials. 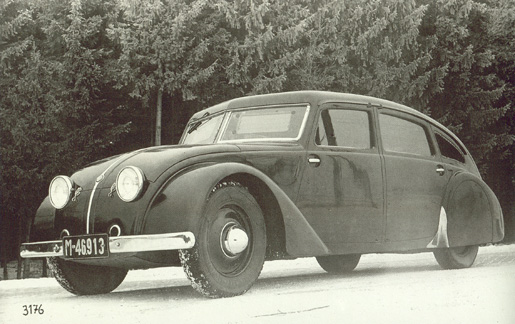 When Adolf Hitler first saw the 77a, he thought it represented the car of the future, and said it was what he wanted to see people driving on German roads. It was a stylish auto, with its body shape designed using a wind tunnel.

The end result was a minimized front face area and an engine in the rear, right over the rear axle, according to jalopnik.com. 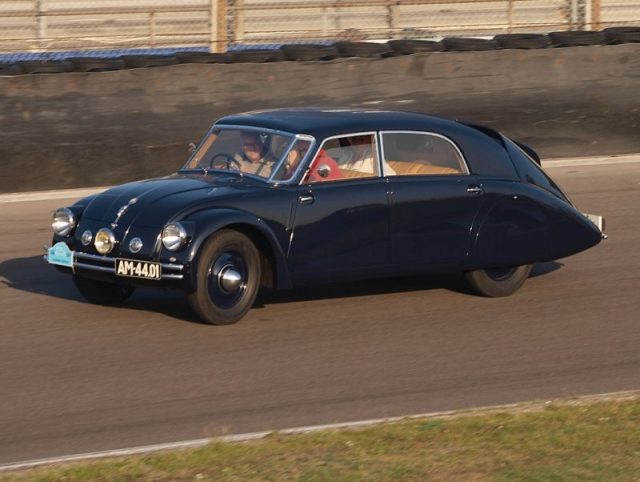 Tatra 77a at the Circuit Park Zandvoort in the Netherlands.

The cars had a fin at the back, and the wheel arches were filled in as another means of reducing drag, all of which gave the T77’s and T87’s a very distinctive look.

The officials who bought the Tatra 77a and Tatra 87 wanted to drive them fast, and they took them on long runs across Germany. But because so much of the weight was in the rear of the vehicle, they could be difficult and heavy to steer. 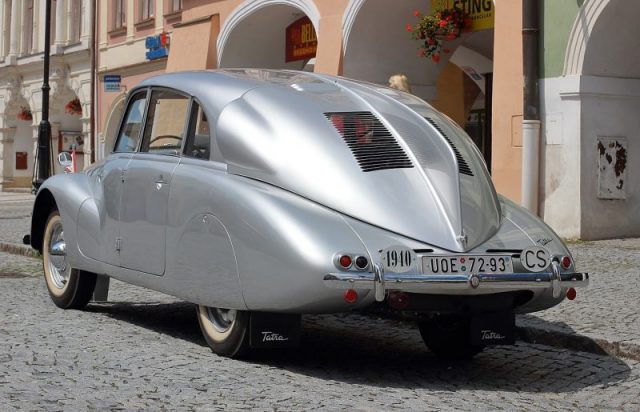 Rounding sharp corners at a high rate of speed would cause loss of control, and the cars would spin out, often hitting something and killing the driver.

As a result, it is reported that more officials met their end in auto accidents than in active combat at the time, demonstrating the dangers of opting for style and flash over handling. 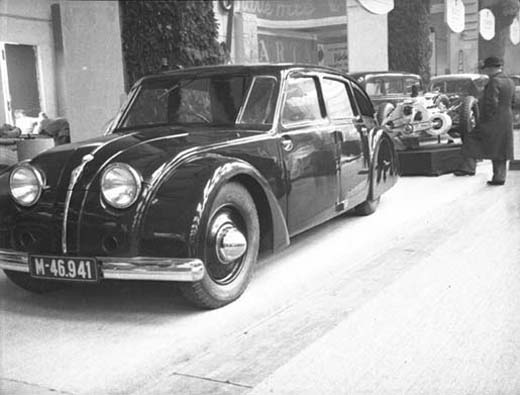 The Allies started referring to the Tatras as their secret weapon against the Nazis when seven officers were killed in wrecks during the first week alone that Nazis commandeered the cars.

At about the same time that Hitler was expressing his admiration of the T77s, though he was also courting another of the era’s automotive engineering greats, Ferdinand Porsche. 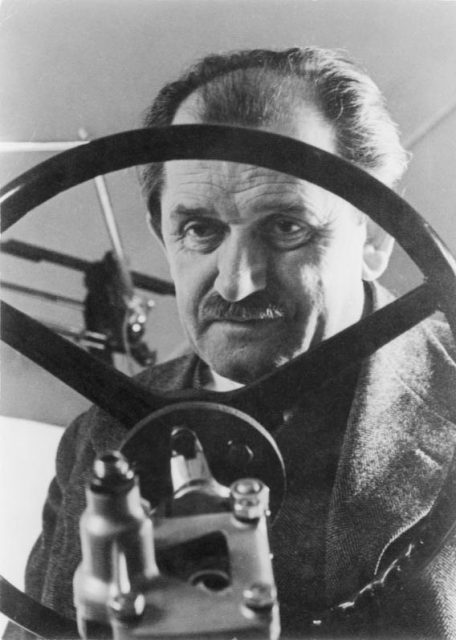 Porsche and Ledwinka had previously done some work together and continued to talk shop after they no longer shared an employer.

As a result, Porsche had a pretty good idea about the types of engineering magic that Ledwinka was working. With Hitler’s mandate and support, Porsche undertook a project to design the KdF-Wagen as his take on the German “people’s car.” 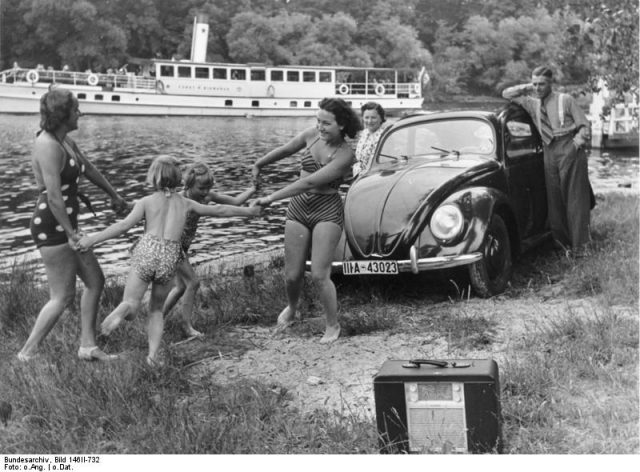 KdF Propaganda: “A family playing by a river with a KdF-Wagen and radio receiver”. Photo by Bundesarchiv, Bild 146II-732 / Unknown / CC-BY-SA 3.0

The final result looked remarkably like Ledwinka’s T77 and T87, and Porsche even admitted that he had been looking over Ledwinka’s shoulder when he was designing the car that eventually became better known by another name – the Volkswagen Beetle. 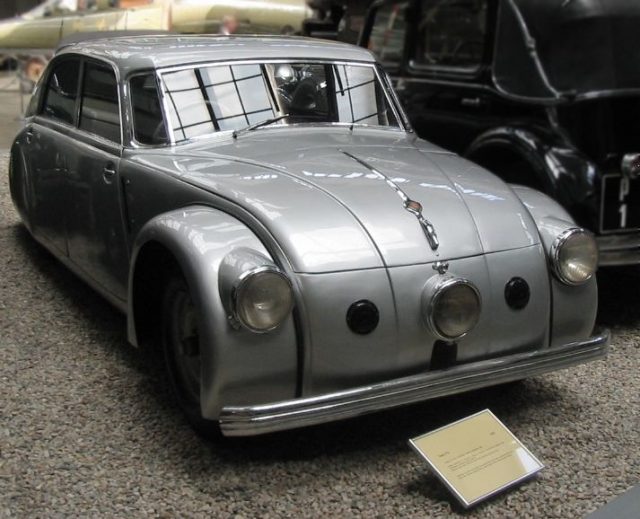 In the late 1930s, Hitler became concerned that the Tatras could be posing too much competition for the KdF-Wagen, despite the fact that the latter was clearly built and priced for the middle market rather than as a luxury vehicle, and ultimately quashed German sales of Tatra cars after he’d invaded Czechoslovakia.

Related Video: The 10,000 room Nazi hotel that never had a guest:

The German auto industry was carefully regulated to avoid anything like duplication. Any manufacturers who were deemed to be making duplicate products would be repurposed to support Hitler’s war effort, which was the case with the T77 and T87 factories.

The fact that the cars had been the demise of so many German officers didn’t have anything to with it probably. After the war and the release of Czechoslovakia from Nazi control, the Czech government nationalized Tatra, and the company never really re-established its former preeminence.

Read another story from us: The Shady Origins of the VW Beetle and why They’d Prefer not to Talk About It

Located behind the Iron Curtain, it was unable to distribute and sell its cars to Western Europe, and, as a result, the company withered. It was a slow and ignoble death for the Allies secret weapon, the car that killed more officers than combat.

« The World’s Most Popular Puzzle Game – Secrets of the Rubik’s Cube
Chairman Mao Once Offered to Export 10 Million Women to the U.S. »