Fort Knox in Kentucky is seen as the gold standard for security. Not just in America but the world, where the name is a byword for the highest standards of ultimate protection.

Technically its name is the United States Bullion Depository, with Fort Knox taken from the nearby army post. Knox comes from the first U.S. Secretary of War, Henry Knox. He performed the role between 1789 – 1794. The “Fort”’s purpose is fairly self-explanatory. In case of any confusion, another title it has is the “Gold Vault”.

Taking around a year to build, the project to house U.S. gold reserves began construction in 1935. According to the U.S. Treasury, the build cost $560,000. It doesn’t hold all of America’s gold but it contains approximately half. Run by the United States Mint, it’s part of a network of six facilities that protect this most precious of metals. 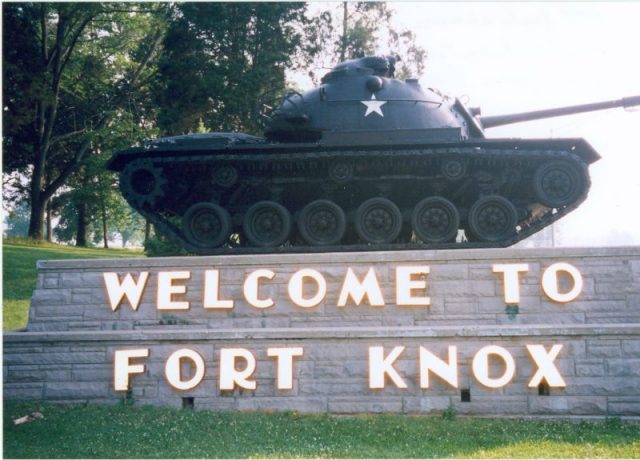 Other locations include the Denver Mint and the San Francisco Assay Office. None are as famous as Fort Knox and its credentials. A 2017 Daily Mail article says, “the depository also held the Declaration of Independence and the U.S. Constitution during the Second World War.”

The initial gold supply was transported to Kentucky by rail. Responsibility was taken by the United States Postal Service. As explained on the Mint’s website, “This was the only method of providing insurance for the gold because, at the time, the U.S.P.S. was the only agency that could accept the liability if any assets were lost.” Watching over the Depository is an Officer in Charge, with the Mint’s own Police Force ensuring no-one chances their arm. 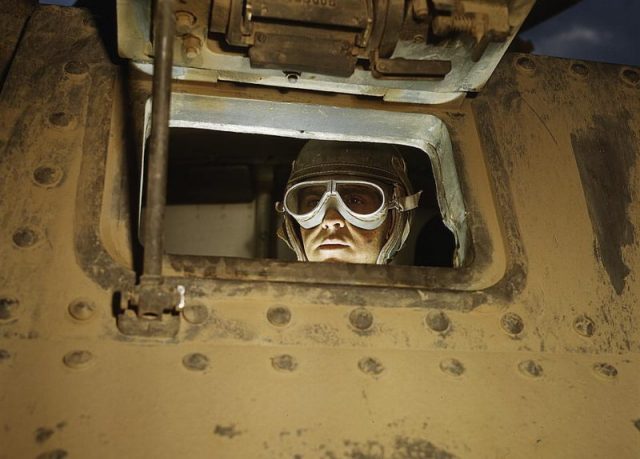 Guarding national gold takes the right combination of secure materials. Fort Knox “contains 16,000 cubic feet of granite, 4,200 cubic yards of concrete, 750 tons of reinforced steel and 670 tons of structural steel.” The Treasury notes that “The two-story basement and attic building is constructed of granite, steel and concrete. Its exterior dimensions measure 105 feet by 121 feet. Its height is 42 feet above ground level.” From the outside it resembles a fortress.

Below ground lies a complex blend of impenetrable layers and cryptic security procedures. The vault is described as “a two level steel and concrete vault that is divided into compartments… The vault casing is constructed of steel plates, steel I-beams and steel cylinders laced with hoop bands and encased in concrete. The vault roof is of similar construction and is independent of the Depository roof.” 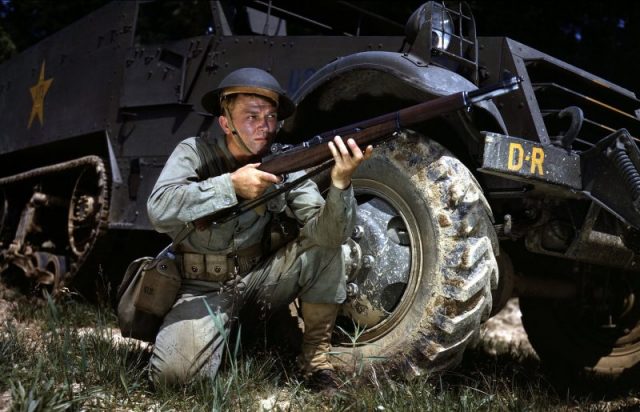 Weighing 20 tons and blast proof, the vault door is 21 inches thick and is only accessible via combinations. Staff who work in offices surrounding the granite stronghold all have different instructions on how to get inside, enhancing the exclusive nature of the operation. Talking of exclusive, visitors were not welcomed at Fort Knox for decades. Franklin D. Roosevelt managed to get the tour, but that may have been because he was President at the time of construction. 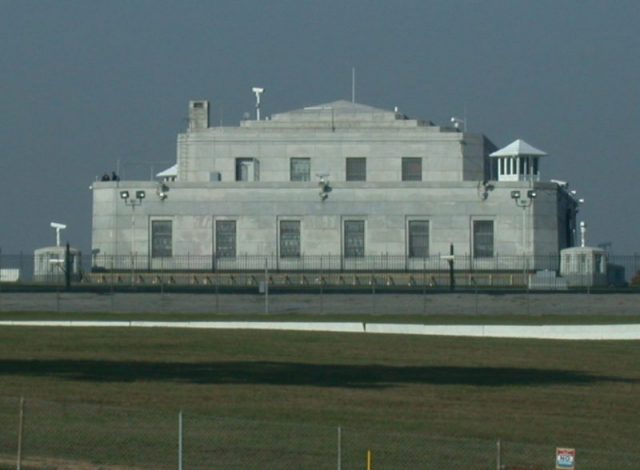 The U.S. Gold Bullion Depository. Photo by Cliff CC BY 2.0

A delegation from Congress were allowed to inspect the facility in 1974, when it was suggested gold was being spirited away. Covering this momentous event, the New York Times wrote, “Stacked from the floor 8 feet to the ceiling in a vault 6 feet wide and 12 feet deep were 36,236 bars, glistening in the half‐light. The effect of standing in the presence of about $1,775,688,776.85 worth of gold in one room was awesome.”

Public servants weren’t allowed inside again till 2017, when Treasury Secretary Steven Mnuchin made the decision to request access. Mnuchin formerly ran Dune Entertainment, where he was involved in films such as Suicide Squad (2016) and The Disaster Artist (2017). 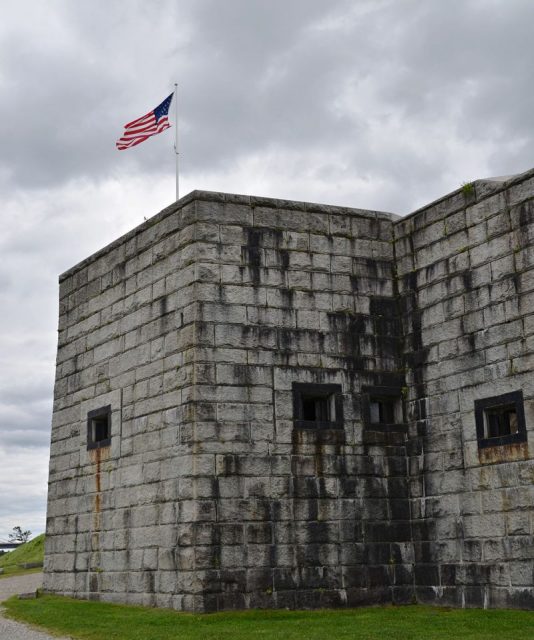 He may have been aware of Fort Knox’s role in 007 adventure Goldfinger (1964). While the team couldn’t shoot at the Depository itself, they created an imaginary version that production designer Ken Adam felt better reflected its legendary status.

Read another story from us: How a Medieval Fortress Became the Most Famous Art Museum in the World

In terms of the legend, this is seen as a major part of the Depository’s reputation. From whispers about what exactly happens down there, through to wild movie sets from Bond’s finest, a lot of what people know about Fort Knox happens in their minds. As the Mint observes, “Perhaps the most advanced security system the Depository has to offer is its secrecy.”