Food is the great equalizer and grocery store prices one of the main aspects of any society. Buying food, and cooking and sharing food, has always been one of the most bonding experiences of people around the globe. Whether it’s the family dinner or part of a birthday celebration for a child or an integral part of an important religious occasion, food is a fundamental part of everyone’s daily existence, and has been since the beginning of time.

It may seem as though food prices continue to rise year after year, but doing a deep dive into costs 40 years ago, versus costs today, reveals some surprising insights into the true economic picture of what we pay for groceries. The global supply chain continues to evolve and quicken, and food is even more accessible now than it was in the 1970s. Surprisingly, even when inflation is factored in, it’s cheaper, too. Folks may complain about the cost of a good steak or a large bag of Basmati rice in the stores, but, in fact, food is less expensive now than it was back when Richard Nixon was president of the United States.

Groceries have the reputation of eating up a large portion of a family’s overall income, and today that’s true in countries like Kenya, where as much as 50 percent of household budgets go to food. But in North America, the cost of groceries has actually been stable and has even fallen in some examples. 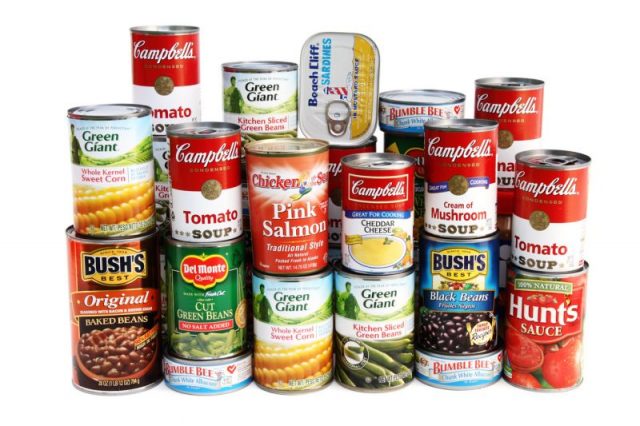 According to the website Ranker, which tracks comparative prices of everything from meat to dairy to vegetables, prices began soaring at the beginning of the “Me Decade,” as the 1970s are called in popular culture. Inflation was out of control, and wages were rising to try to keep pace. Food costs rose quickly, and articles began appearing in the American media about thefts of meat from grocery stores’ refrigerated shelves.

The cost of food back then was one of the biggest challenges of Richard Nixon’s first term in office. To address it, he imposed a wage and price freeze in 1971; but, as soon as he won reelection in 1972, Wessels Living History Farm notes that he relaxed that measure and prices began skyrocketing again. 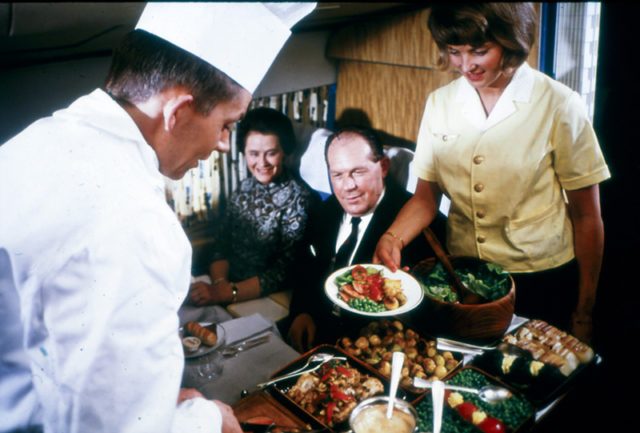 A chef serving food on a plane. Photo :SAS Museum CC By 2.0

Over the ensuing years, as farmers began exporting more and more of their crops, prices at home stayed high. But when people’s tastes began changing, as they always do, demand fell and prices followed suit. By the 1980s and 1990s, more and more folks were adopting a vegetarian lifestyle, which impacted beef, pork, and poultry prices because fewer people ate it, certainly in North America. Pork chops—one of those foods many people gave up—cost $1.16 USD per pound back in 1970; today the same pound costs $3.77 USD.

Furthermore, studies show that, on average, Americans spend less than 10 percent of their income on food (ranging from about 8 percent to 35 percent, depending on income). USDA reports indicate than in 1970, the average was not 9 percent but closer to 15 percent. That figure includes food eaten out in restaurants, and take out and delivery; the amount of restaurant food consumed today is much greater than in the past, yet our overall percent of income spent on food is still less than your parents and grandparents.

Trends impact food prices enormously, and while many nations have long followed vegetarian and vegan diets, North America has been slower to follow suit. Now, however, almost every family has at least one non-meat eater in its ranks, and consequently, products that appeal to them have risen in price. Gluten free bread costs at least a dollar (USD) more than “regular” bread. Almond milk is more expensive than cow’s milk. The list goes on and on. What we have yet to discover is how the current global situation will impact the food supply chain.