A veritable gold mine of silver coins which had been hastily stashed inside a church in a ceramic jug hidden by a blind Polish priest over 300 years ago has been unearthed by workers removing rotting floorboards in the blind priest’s former church.

To keep churches in good shape for their congregations, renovations must be done regularly on everything from spires to pews to altars and floors. One such project in the village of Obisovce, Poland, unearthed this trove silver coins, tucked away in a hidden chamber beneath old and rotting floorboards by the priest. Within that chamber lay an ancient clay pottery jug, sealed, and when the seal was broken, the trove of silver coins poured out. The boards were being torn out and replaced because they were weather-beaten, tired and warped, at the Church Of Our Rosary Lady, which is located near the town of Kosice. 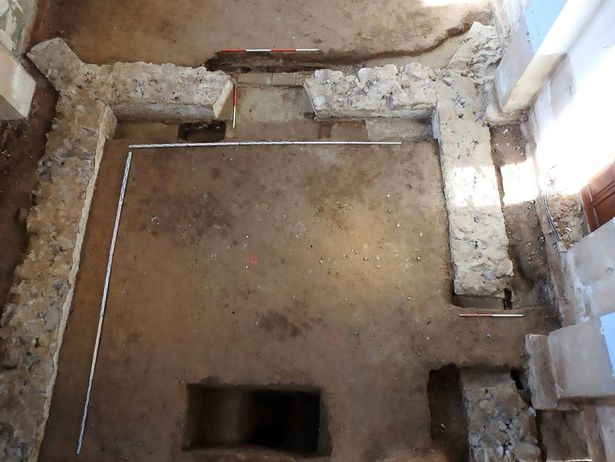 The coins were discovered by workers replacing these rotten floorboards (Image: Newsflash/KPU Kosice)

Although churches and cathedrals have been known to hide old documents and other historical items throughout various periods, it isn’t often that the motive behind the stash is discovered so quickly. But the story behind these coins became apparent fairly quickly, thanks to experts at the Triglav Archaeological Society. An image of the coins found can be seen below:

They searched old archives and records, and examined clues on the silver, and found that, in all likelihood, the coins were hidden by a priest during a civil war in the region. They were almost certainly donated by people who lived in the area, not necessarily parishioners, but regional folk nonetheless. The coins date back, experts say, to the earliest part of the 1700s.

The church in this tiny village of only 300 people has been at the heart of some fascinating historical events over the centuries. There was a revolt in the 1680s, called the Thokoly Uprising, that had Hungarian refugees as its center, a period known for its anti-Habsburg sentiment. They had settled there from various places in the Ottoman territories. The uprising was quelled in 1687, but soon the peace was shattered again, this time with a revolt against noble Hungarians, as well as peasants. 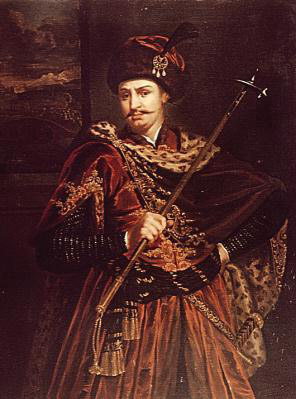 Imre Thököly, legendary Kuruc leader. He is holding his fokos

Church documents show that, during these uneasy times, a parish priest was in charge, a man who, by the 1690s, was totally blind. When the uprising occurred, the priest was injured, but why he didn’t retrieve the coins he had stashed and flee isn’t known, archaeologists say.

After that rebellion, the church was not reconstructed immediately, but finally was in the middle of the 19th century. Since then, it has been the spiritual home of many in the community and surrounding region. But it needed work, and so construction crews got underway this spring and began tearing up the floorboards. They soon realized that, beneath the church were the remains of a previous church, and called in the team of archaeologists to take a closer look.

That’s when the secret chamber was discovered and the coins found under the church floors, and within it the jug filled with rare coins. So far, no word has been released on where the coins will go for thorough scientific examination, or if they will eventually be donated to a museum in Poland. For now, the team is looking at records, trying to understand the story of the priest who hid the money, precisely why he did so, and why he didn’t collect the coins when he had the chance.

The coins found at this church are yet another of archaeology’s mysteries, one that will eventually tell a more complete tale of a priest, his congregation, civil unrest during the 17th century in this region, and perhaps even who the kind folks were who donated the money. Like so many archaeological discoveries, this one has presented more questions than it has answered, and experts are all too eager to find solutions to all of them.