Is this the stronghold of freedom fighter William Wallace? It’s pretty overgrown now, but a combination of drone flight and 3D tech appears to have found “Wallace’s House” in southern Scotland. From this fort, the legendary thorn in England’s side planned an attack on nearby Lochmaben Castle in Dumfries and Galloway.

The Scotsman reports how Forestry and Land Scotland (FLS) – in association with Skyscape Survey – launched an aerial exploration of the site. Drone footage was taken over a “massive earthen rampart and the promontory where the waters of the Black Linn (River) and the Tor Linn meet.” From this the team then “used software to stitch the images into a model of terrain cloaked beneath tangled vegetation” according to Smithsonian Magazine.

Their find was made thanks to the historic New Statistical Account of Scotland. Published over a period of 11 years (1834 – 45), it doesn’t have the most exciting title in the world. But the Account contains fascinating insights into the country’s historical and environmental make up. 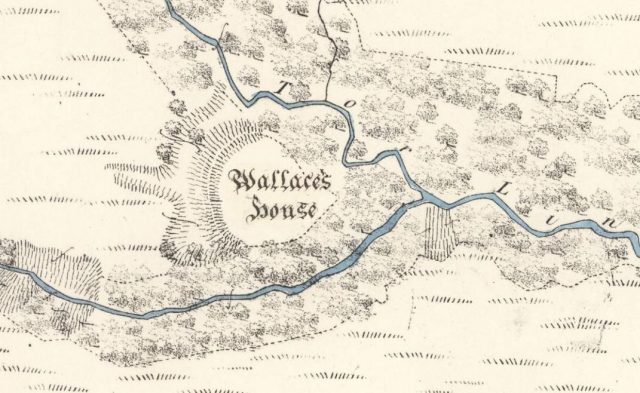 FLS mention its “vast range of topics including agriculture, education, trades, religion and social customs.” Details for the Account were gleaned via questionnaires sent to Scotland’s ministers. The book refers to Wallace’s House by name, going on to say that the location “commands an extensive view to the south, occupying the summit of an angle formed by the junction of two branches of that steep ravine; and being protected on its third side by a large fosse [or ditch]”.

An interesting story discussing William Wallace’s ‘Hidden Fort’ https://t.co/IiAXHDYwNC – Could the fort really have been built by #WilliamWallace and his men? #WallaceMonument

— The National Wallace Monument (@TheWallaceMon) May 5, 2020

As befitting the meeting place of William Wallace, “it must have been a strong place of defence.” Wallace is said to have occupied the “House” along with 16 men at arms in the late 13th century. Setting out, they “sallied forth to annoy the English garrison” – though of course there was far more than irritation involved in the resulting confrontation! Wallace eventually captured the prize of Lochmaben Castle, following an action-packed pursuit by Sir Hugh of Moreland and Greystock. 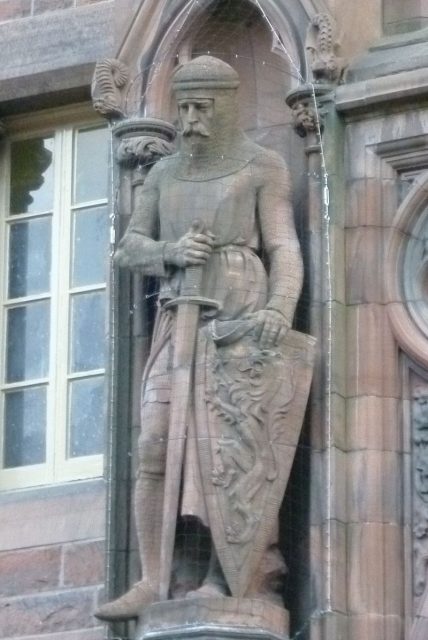 By this stage, Wallace was reaching the end of his brief but turbulent time as a resistance leader. This started in 1297 and ended with his end in 1305, made famous by the “FREEEEDOM” ye. Around the time of Lochmaben, he’d been knighted and given the title of ‘Guardian of the Kingdom’. This was in the name of John Balliol, former King of Scotland who was dethroned after Edward I seized control north of the border. 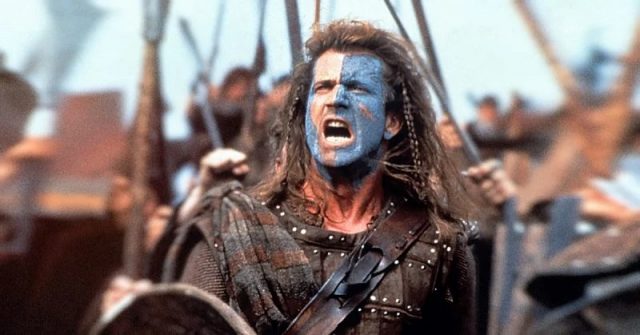 Not much is recorded about Wallace’s formative years. BBC History writes he “was born in the 1270s in Elderslie in Renfrewshire into a gentry family.” His main victories included the Battle of Stirling Bridge (1297). The historical figure is well known to movie audiences through Mel Gibson’s Braveheart (1995), a fictionalized version where Wallace was quite literally painted as a force of nature. Less vivid is the truth, as described by the BBC who state “Wallace’s strategy was to avoid confrontation and gradually withdraw. He destroyed the countryside as he went, forcing Edward to march deeper and deeper into Scotland.”

For Matt Ritchie of FLS, the new survey builds on what previous generations started. Quoted by their website, he says “The contour survey adds to a history of cartographic work that began with the Ordnance Survey in 1857.” He continues: “Our new 3D model enables the massive rampart of the fort to really stand out, and the deep gullies of the two linns to be appreciated.” They hope to “develop the methodology of drone-generated photogrammetric survey, combining accurate survey methods with innovative visualisation techniques.”

The work is good for the environment also. Surrounding glens are “Rich in biodiversity with mature native Oak, Ash, Birch, Rowan, Alder, Willows and all the associated flora and fauna” writes The Scotsman. In addition to hovering above, the team are on the ground, restoring the area to its original condition.

It isn’t certain that Wallace definitely laid his plans here, yet for Ritchie and co the similarities are too significant to ignore. Quoted by The Scotsman he says “There isn’t much evidence on the surface, but the rampart and topography matches the historic description very well.”

The Oscar-winning film will always be a part of William Wallace’s legend. However it’s the land that carries the true echoes of his extraordinary life.