An eye-poppingly surreal and truly epic movie of ‘Dune’ was almost made in the 1970s. Mick Jagger and Salvador Dali were among the cast.

In the director’s chair, one Alejandro Jodorowsky. He wanted to create an unforgettable work of art from Frank Herbert’s saga of sand and blood. It was unforgettable alright. Just not for the right reasons. Production shut down within a couple of years.

How did this extraordinary and elaborate undertaking come and go like a sandworm chasing a meal in the desert? Far Out Magazine writes: “With some critics calling it ‘the greatest film never made’… Jodorowsky’s vision of what Dune should have been is truly mesmerising.”

The Chilean-French artist may not have been everyone’s idea of a first choice. 1970’s ‘El Topo’ was a radical Western, a variation on ‘Django’ with a psychedelic approach. Set in an arid landscape, the title character – who Jodorowsky played himself – could conceivably have been part of ‘Dune’.

But the project was fueled by creative rather than commercial concerns. “Van Gogh cut an ear” Jodorowsky (now 91) told Den of Geek this year. “But I don’t see a director of Hollywood cutting an ear there because he cannot make his picture.”

Follow up feature ‘The Holy Mountain’ (1973) attracted money from fans such as John Lennon and Yoko Ono. Jodorowsky reportedly deprived himself of sleep for a week so he could hit that surrealist sweet spot. He was becoming a counter-culture hit, with the shooting of a sci-fi phenomenon a logical, or illogical, next step.

An earlier attempt to adapt ‘Dune’ fell through. Previous producers wanted David Lean (‘Lawrence of Arabia’) to wield the megaphone but he wasn’t interested… an indication of the colossal task anyone would face bringing Frank Herbert’s world to the screen.

Herbert’s first book, published in 1965, tells the story of hero Paul Atreides and the power struggles between noble families in a planetary system of the far future. At stake is “the spice”, a drug enabling users to literally fold space. 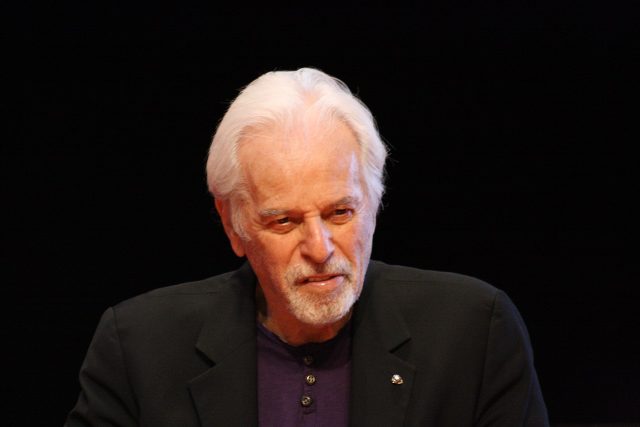 A French-backed consortium bought the property and signed Jodorowsky. He envisaged a movie approx 10 hours in length, packed with fantastical sights and vivid, adult imagery.

Among the production designers was H.R. Giger, a few years before he helped create Ridley Scott’s ‘Alien’. Scott was involved in his own movie adaptation later on, where he and Giger first crossed paths. On special effects duty for ‘Dune’ was Dan O’ Bannon – coincidentally he wound up co-writing the first chapter of the xenomorph franchise after Jodorowsky’s film collapsed.

Jodorowsky hired a diverse selection of talent to populate this unique universe.
Orson Welles was to play villain Baron Harkonnen. He may have been flattered to learn the director based ‘Dune’’s planned opening shot on Welles’ ‘A Touch Of Evil’ (1958).

Mick Jagger would portray Feyd-Rautha, the Baron’s twisted relation who opposes Atreides – Jodorowsky wanted son Brontis to take the role of Paul. The pair starred together in ‘El Topo’.

Other names in the picture were Gloria Swanson, Alain Delon, Geraldine Chaplin and David Carradine. Hervé Villechaize, who found big screen fame the same year as Nick Nack in ‘The Man With The Golden Gun’, was cast as Gurney Halleck.

Surrealist met surrealist when Salvador Dali accepted the part of Emperor Shaddam IV. Though Dali was more a cold hard realist when it came to his fee it seems… $100,000… per hour. Jodorowsky’s plan was to film him for 60 minutes before shooting the rest with a mannequin.

Fresh off their success with ‘The Dark Side of the Moon’, Pink Floyd were to compose the music. Before they could set up their studio however, the sound of a bell tolled. $2 million was already spent. The team couldn’t raise the reported $15 million needed to keep their head above water (or, to be more accurate, sand). So the dream died. 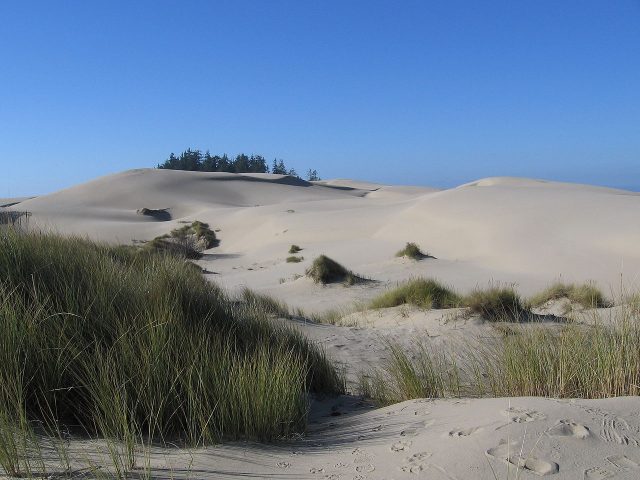 The Oregon Dunes, near Florence, Oregon, served as an inspiration for the Dune saga. Rebecca Kennison – CC BY 2.5

Jodorowsky adapted some material into graphic novel ‘The Incal’ (1980 – 2014). Art was provided by Jean Giraud, aka “Moebius”, who also designed for the film. A documentary, ‘Jodorowsky’s Dune’, was released in 2013, giving viewers an insight into work completed before the sands of time rolled on.

The movie flopped with audiences and some critics. Jodorowsky dragged himself to see it in Paris. “I was so happy,” he says, interviewed by Indiewire this year, “so happy, so happy because it was a sh—y picture. I realized, ‘Dune,’ nobody can do it. It’s a legend.”

The Sci-Fi Channel adapted ‘Frank Herbert’s Dune’ for the small screen, beginning in 2000. Now fans are waiting for Denis Villeneuve’s version, landing in December and starring Timothée Chalamet. Jodorowsky is receptive to the recently-released trailer but believes the end product to be “industrial cinema” (Den of Geek) rather than anything on his level.

Another Article From Us: The Time Jack Nicholson Thankfully Stopped Michael Caine From Retiring

It never went in front of a camera, yet Alejandro Jodorowsky’s wild ideas about Frank Hebert’s story manage to live on in the imaginations of film fans. One of the ultimate “what if”s. In that sense, it has more power than a finished product ever could…

« Beer in a Dead Squirrel? The Disgusting Food Museum Has it All
Sacred Aboriginal Site Ayers Rock Removed From Google Street View »