Something Big is Coming to FOX8: Young Rock

YOUNG ROCK – Premieres Sunday, May 2 at 6.30pm AEST on FOX8 or watch On Demand

FOXTEL proudly presents YOUNG ROCK, the comedy series based on Dwayne Johnson’s outrageous stories of his youth, coming to FOX8 from Sunday, May 2 at 6.30pm AEST or watch On Demand.

Every legend has a beginning. This coming-of-age journey highlights the unforgettable moments and incredible relationships that took Dwayne from an ordinary kid to an extraordinary superstar – revealing he’s more like us than we know.

The series focuses on different chapters of Dwayne’s life. From growing up in a strong and resilient family, to being surrounded by the wild characters of his professional wrestling family, to playing football at the University of Miami; the show explores the crazy rollercoaster that has shaped Dwayne into the man he is today and the larger-than-life characters he’s met along the way.

“As you can imagine, Young Rock is a very personal project for me, and I couldn’t be more excited to have Foxtel as the show’s Australian home. We shot Young Rock in Queensland for five months and everyone was so welcoming to our production.

The local Australian cast and crew – including Sydney’s own Uli Latukefu who plays ‘college years Dwayne’ and Directors Daina Reid and Jeffrey Walker – were simply amazing, treating us all like family during these challenging times,” said Dwayne Johnson. “It was truly an honor to work with such great local talent.

Thank you again to all our Australian partners who helped to bring the story of my life to life.  I hope you enjoy the show!” 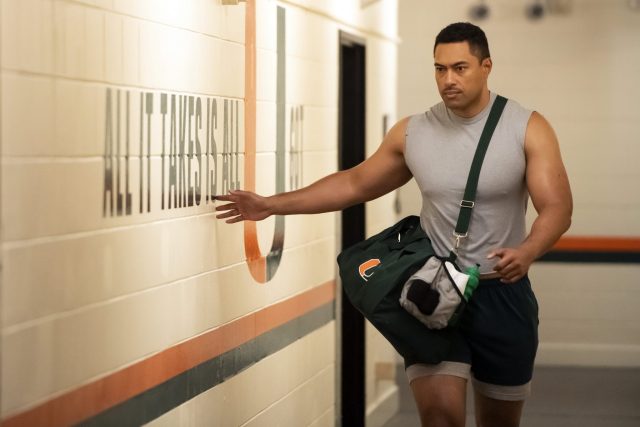 Still from the show

Age 18-20; and Ana Tuisila (stage production of Songmaker’s Chair) as Lia Maivia, Dwayne’s grandmother. Along with Fasitua Amosa (Vermillion, The Legend of Baron To’a) as Sika Anoa’i and John Tui (Solo: A Star Wars Story, The Hobbit: The Battle of the Five Armies) as Afa Anoa’i, the professional wrestling tag team, “The Wild Samoans.”

YOUNG ROCK was filmed at Screen Queensland (SQ) Studios and at locations in and around Brisbane and South East Queensland with Australian Directors Daina Reid (Sunshine, The Handmaids Tale) and Jeffrey Walker (Lambs of God, Modern Family).

Another Article From Us: Lord Of The Rings Comes To Amazon TV: Massive Price Tag Revealed In Advance Of Debut

Watch weekly episodes of YOUNG ROCK Sunday, May 2 at 6.30pm on FOX8 or On Demand only on FOXTEL.