The Mysterious Disappearance of Agatha Christie: Amnesia or Hoax?

Agatha Christie was a renowned English author who wrote 66 detective novels and 14 short story collections. Her writing made her famous, and readers were eager to read the adventures of Miss Marple and Hercule Poirot. Christie’s fictional mysteries transferred into her real life, when in 1926 she disappeared into the night.

Agatha Miller met her future husband, Archibald “Archie” Christie, at a local dance in 1912. He was a qualified aviator and was sent to France in 1914 following the outbreak of World War I. While on leave over Christmas, the pair wed.

After the war, Agatha and Archie moved to London, where he took a post at the Air Ministry. When Agatha started seeing success from her writing, they moved to Berkshire to raise their seven-year-old daughter, Rosalind. 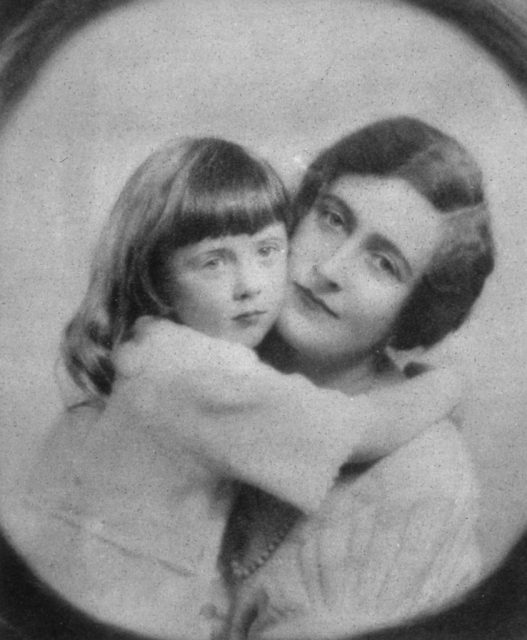 Despite her financial success, Agatha was extremely protective of her family’s finances. She insisted on living modestly, likely due to having grown up in poverty, and it’s believed this placed a strain on the marriage. Archie soon began an extramarital affair with his 25-year-old secretary, Nancy Neale, and it wasn’t long before Agatha found out about her husband’s infidelity.

Archie asked for a divorce in August 1926.

On the evening of December 3, 1926, Archie and Agatha got into an argument over his plans to spend the weekend with Nancy. At 9:30 PM, with Archie gone, Agatha climbed the stairs of their Berkshire home, kissed Rosalind goodnight, and made her way back downstairs.

She wrote a letter to her secretary, saying she wouldn’t be returning that evening. She then got into her Morris Cowley with just her driver’s license, an attaché case and fur coat, and drove off into the night. 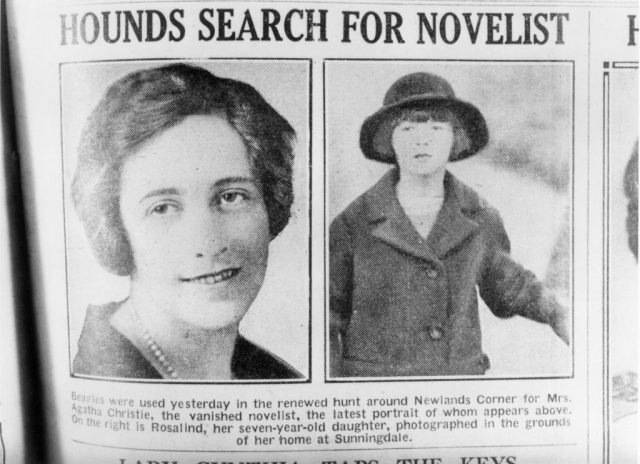 The next morning, the Morris Cowley was discovered at Newlands Corner nature reserve in Guildford, Surrey, by the local authorities. It was in the bushes and appeared to have been run off the road. While the driver was missing, its headlights remained on. Through the items left behind, the police determined the car belonged to Agatha Christie.

A nationwide search is launched

Agatha’s disappearance made front-page news. Home Secretary William Joynson-Hicks pressured the police to find answers, and a local newspaper offered a £100 reward. Both Archie and Nancy Neale were placed under suspicion, and there were hundreds of sightings called in from across the United Kingdom. 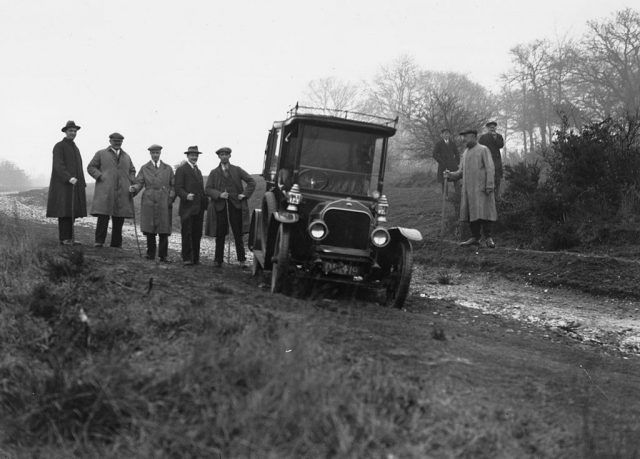 1,000 police officers, 15,000 volunteers, and several airplanes searched near where the Morris Cowley was found. A local lake was dredged and one of Agatha’s dogs was brought to the scene, but all efforts failed to locate her. Fellow author Sir Arthur Conan Doyle enlisted the help of a medium, but that too failed to produce any leads.

Three days later, the search was called off after Agatha’s brother-in-law received a letter from her, dated the day after her disappearance. In it, she said she was going to a spa in Yorkshire for “rest and treatment.” Detectives suspected the letter to be fake and immediately relaunched their investigation. 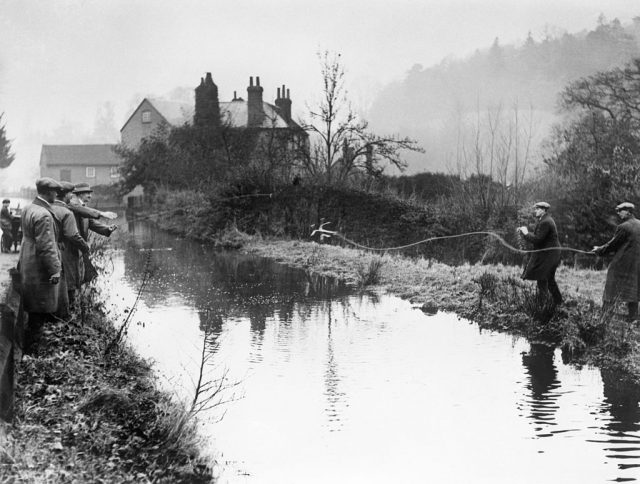 On December 11, 1926, the New York Times reported Agatha left behind three letters: the one for her brother-in-law, one for Archie, and another for her secretary. While the letter to her secretary only detailed her schedule, the contents of the one sent to Archie are unknown, as he refused to give it to authorities and set it ablaze.

Agatha Christie is found exactly where she said she would be

Agatha Christie was located alive on December 14, 1926, at the Hydropathic Hotel in Harrogate, Yorkshire. The discovery came after an employee at the hotel contacted police to say there was a guest named Mrs. Theresa Neale from Cape Town, South Africa who resembled the missing author.

Archie traveled to Yorkshire and took a seat in the hotel’s dining room, where he watched his wife sit at another table and read a newspaper with her own image on the front. He approached her, and both he and witnesses noted Agatha was unable to recognize the man to whom she’d been married for 12 years. 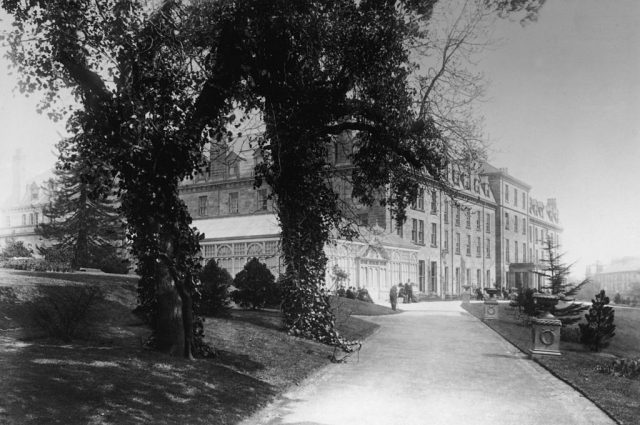 On December 15, 1926, Agatha left for her sister’s residence in Abney Castle, Cheadle, where she was hidden away “in guarded hall, gates locked, telephone cut off, and callers turned away.”

There has never been a concrete explanation as to why Agatha Christie disappeared. According to Archie, she was suffering from amnesia, likely the result of her car accident. Many were struck by the fact Agatha chose the last name “Neale” as part of her new pseudonym, but Archie claimed the name meant nothing to his wife in her fugue state.

Biographer Laura Thompson posits Agatha disappeared while in the midst of a nervous breakdown, caused by the embarrassment of Archie’s affair and the death of her mother, which had occurred before she went missing. It is Thompson’s belief that she had no control over her emotions. 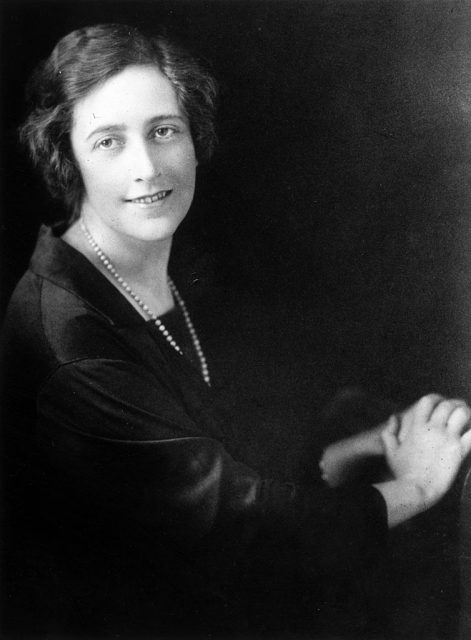 The theory held by the public was that Agatha staged her disappearance as a publicity stunt. However, her motives are debated. Some believe it was a way of publicly embarrassing Archie, while others believe it was to drive up sales for her book, The Murder of Roger Ackroyd, which had been released months prior.

This theory, like others, has its critics, who cite it as an elaborate way of embarrassing a cheating spouse. As well, The Murder of Roger Ackroyd was already popular, meaning Agatha had no reason to want to drive up its sales.

Agatha reveals her own version of events

Agatha Christie rarely spoke of her disappearance. In one of her only interviews about it, she aligned herself with Archie, saying she’d suffered memory loss as a result of her car crash. She revealed she’d suffered from insomnia and depression in the lead up to her disappearance, and on the day in question was experiencing suicidal thoughts. 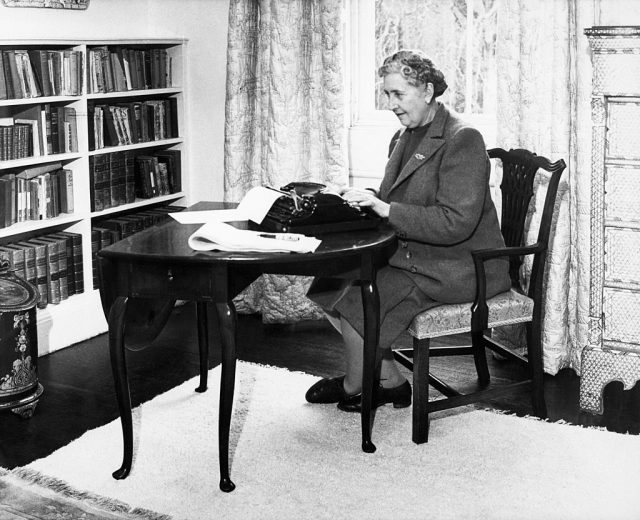 That day, she drove past Newlands Quarry and the thought passed her mind to end it all. However, Rosalind was with her, so she changed her mind. When she returned to the area alone that evening, she ran the car off the road. She was flung against the steering wheel and hit her head.

After this, Agatha’s memory is foggy. She remembered arriving at Waterloo Rail Station and interacting with employees. She was surprised no one remembered her, as she was covered in mud and blood. When she arrived at the hotel, she believed she was Mrs. Theresa Neale of South Africa. While she read about the disappearance and was struck by her resemblance to Agatha Christie, she assumed the author was dead.

Despite coming directly from Agatha, many felt the story didn’t add up. They questioned how she afforded to stay at the hotel, and wondered how she could have seen images of herself without making the connection. In response to the former query, Agatha claimed to have left the house with £60 in her pocket, which today is equivalent to £3,000. 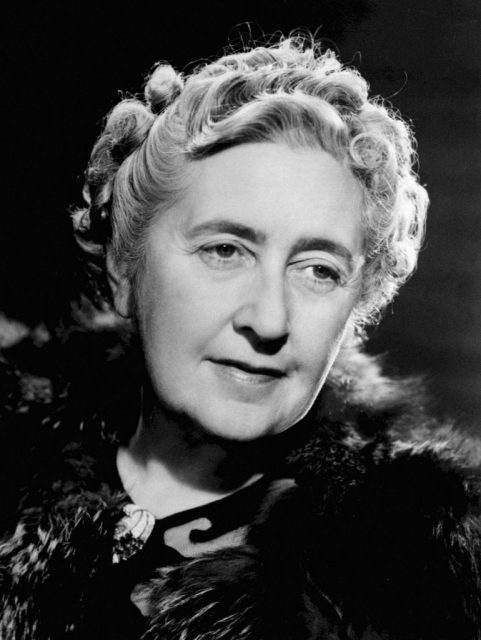 More from us: The Mysterious Disappearance of Aimee Semple McPherson

We may never know what really happened on the evening of December 3, 1926. It will remain up to conjecture, as Agatha passed away in 1976 without revealing any other details.

« 16 Historical Quotes Most People Get Wrong
Why Do We ‘Fall Back’? Facts About Daylight Saving That Prove It’s No Longer Necessary »