Did Helen Keller Fly a Plane?

An illness at 19 months left Helen Keller deaf, blind, and mute. However, these disabilities did not stop her from achieving great success in her life. Thanks to the help of teacher Anne Sullivan, Keller was able to effectively communicate with the world and became an advocate for disability rights. Along with many other accomplishments, Keller was able to do what many able women never had the opportunity to do – fly a plane! 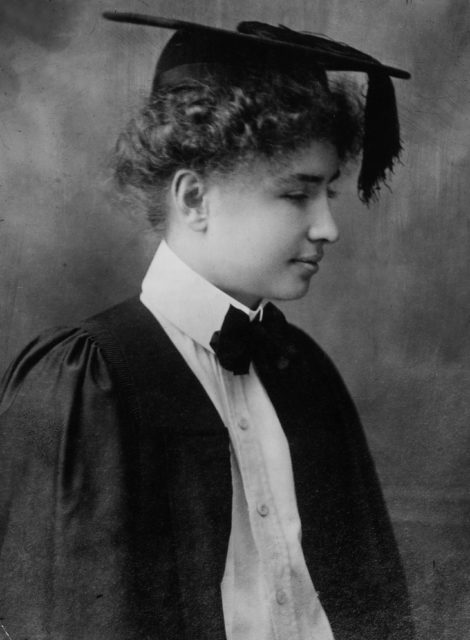 Growing up, Helen Keller faced a significant amount of skepticism for a number of reasons. People questioned whether she really was deaf, blind, and mute. They also asked how, if someone had these conditions, they could possibly accomplish all of the things Keller had in her life.

Keller had found great success as an author, penning her first book in 1903 and publishing many more in her life. She also graduated with a college degree in 1904. Her critics wondered how she had achieved such accomplishments.

Not her first flight 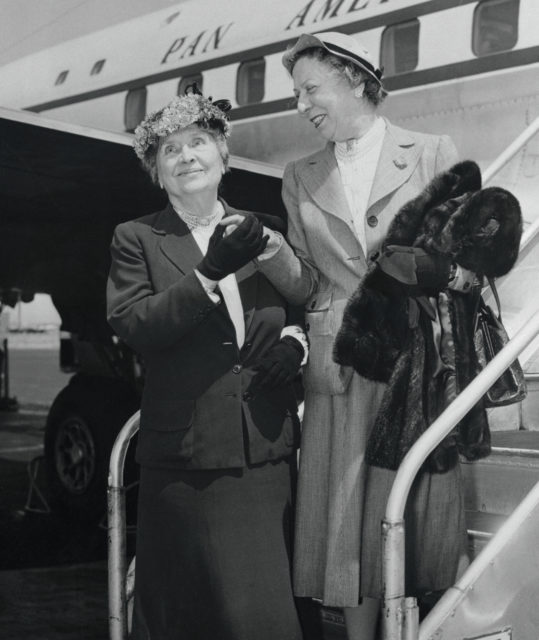 With her companion, Miss Polly Thomson (right), Helen Keller prepares to board a plane at Idlewild Airport, April 30, on the first leg of an eight week tour of South America. (Photo Credit: Bettmann / Getty Images)

Keller had gained considerable popularity in the press, both domestically and internationally, allowing her to experience travel by plane. Not many women of Keller’s generation would have ever ridden in a plane. Her first flight was in 1919, when a biographical film about her, Deliverance, wanted to showcase her doing “normal” people would do (even though women almost never flew).

Keller developed a taste for flying and flew a handful more times prior to her flight in 1946. She once said that a plane was “a great graceful bird sailing through the illimitable skies.” It is no wonder that she would go on to fly a plane herself.

Handing over the controls 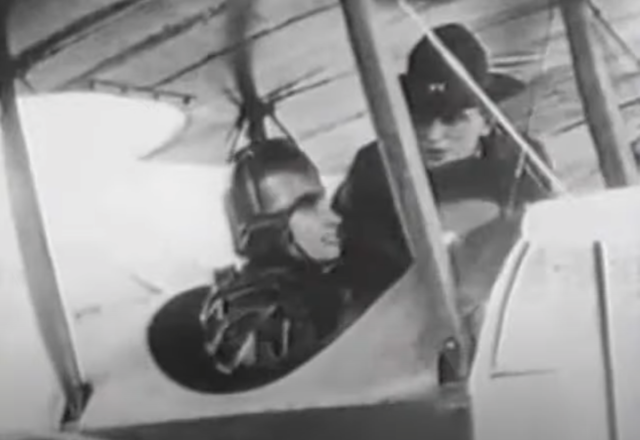 While flying from Rome to Paris during a tour of Europe to promote the cause of people with blindness, she was handed the controls of a Douglas Skymaster. For 20 minutes over the Mediterranean Sea, Keller flew the plane.

With the help of her companion, Polly Thomson, she was guided by instructions from the pilot through hand “talk.” Her light touch on the controls surprised the crew on board. Thomson told the Glasgow Bulletin, “There was no shaking or vibration. She just sat there and flew the ‘plane calmly and steadily.” Keller made her own remark, saying how it “was wonderful to feel the delicate movement of the aircraft through the controls.”

More from us: The Inspiring Final Message Amelia Earhart Wrote to Her Husband During Her Last Ever Flight

Keller is not the only deaf-blind person in history to fly a plane. In 2012, 15-year-old Katie Inman, who primarily uses tactical sign language like Keller did, piloted a plane en route to Florida. Deaf-blindness couldn’t stop these women from achieving an incredible accomplishment – flying a plane!