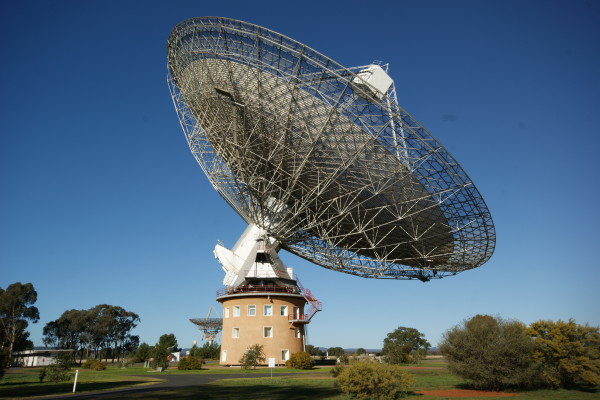 A mysterious signal baffled the scientists working in the famous Australian radio telescope observatory for almost two decades, has been found to have very humble rather local links. The peculiar signals were actually the product of the Microwave kept in the kitchen of Parkes observatory, which was used by the staff to warm their lunch.

According to Simon Johnston who is the head of astrophysics at CSIRO said that the mysterious signals were first detected by the scientists in 1998 and were named perytons. The source of the signal was found to be reasonably local, in the region of 5km around the Telescope. The signals were not very frequent hence were hard to study in detail and appeared at least twice every year. Initially experts thought these were some kind of interference caused by the lightning strikes in the atmosphere above the observatory; however this was just a hypothesis.

After almost seventeen years since the first signal was detected, in January this year scientist at the observatory installed much more sophisticated detectors to analyze the interference. The readings provided by the detectors showed the strength of the signals in the range of 2.4 GHz, which was a familiar figure, a figure normally associated with Microwave ovens. Initial testing of the Microwave kept at the facility did not give perytons, however when the over door was opened during it was heating the food, suddenly the interference was detected.

Despite the fact that most of the scientists operate the telescope from remote locations and are not present at the facility at all times, however there are a number of other operational staff on duty who occasionally heat up their lunch in the Microwave oven kept in the kitchen area. The interference was rare because the Telescope had to be facing the direction of Microwave and the door of the Oven had to be open while it was heating the food, to generate short but pretty significant signals. (The Guardian)

Johnston said that the interference is a major issue when it comes to sophisticated observatories, and astronomers have always been raising concerns about the increasing radio interference in the atmosphere. However Johnston admitted that this problem is going to get much more complex considering the uncontrollable surge in mobile technology and radio communications. The reason most of the observatories are built in the middle of nowhere is because astronomers prefer to work under conditions where least possible local interference hinders their work.

During the Apollo missions to the moon, the Parkes Observatory was used to relay communication and telemetry signals to NASA, providing coverage for when the moon was on the Australian side of the Earth. The telescope also played a role in relaying data from the NASA Galileo mission to Jupiter that required radio-telescope support due to the use of its backup telemetry subsystem as the principal means to relay science data.

The observatory has remained involved in tracking numerous space missions up to the present day, including:

When Buzz Aldrin switched on the TV camera on the Lunar Module, three tracking antennas received the signals simultaneously. They were the 64 metre Goldstone antenna in California, the 26 metre antenna at Honeysuckle Creek near Canberra in Australia, and the 64 metre dish at Parkes.

In the first few minutes of the broadcast, NASA alternated between the signals being received from its two stations at Goldstone and Honeysuckle Creek, searching for the best quality picture.

A little under nine minutes into the broadcast, the TV was switched to the Parkes signal. The quality of the TV pictures from Parkes was so superior that NASA stayed with Parkes as the source of the TV for the remainder of the 2.5 hour broadcast. For a comprehensive explanation of the TV reception of the Apollo 11 broadcast, see “The Television Broadcasts” from the report “On Eagles Wings”.

On Monday, 31 October 2011, Google replaced its logo with a Google Doodle in honor of Parkes Observatory’s 50th Anniversary. It was only visible on Google in Australia.

« SAIL Amsterdam Really is the Greatest Nautical Spectacle in the World
Out of Grenades: Started Attacking the Enemy with Beer Bottles During the Korean War – Awarded the Victoria Cross »