The SS United States: A Retired Ocean Liner with a Speed Record That is Not Yet Broken 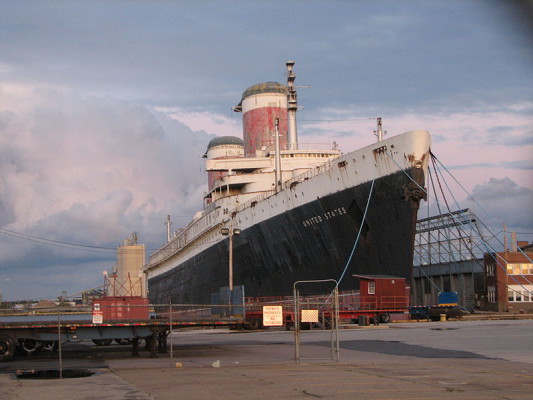 The SS United States is a luxury passenger ocean liner that was built in 1952 for the United States Lines transatlantic shipping company. This admirable ship was inspired by ships like the British liners RMS Queen Mary and Queen Elizabeth. The SS United States was designed by the renowned and famous American naval architect and engineer William Francis Gibbs (1886–1967). Gibbs was a pioneer in efficient ship- building and he also introduced the high standards of fire prevention and hull integrity. He designed many ships during the WWII.

The construction of this ship was a joint effort between the United States Navy and the United States Lines company. The US Navy had an interest in this project because they needed a big and fast merchant ship (ocean liner) that could be easily modified to carry a lot of troops if that was necessary during a conflict. The Navy provided more than half of the money needed for building, they participated with 50 million dollars and the ship operators (United States Lines), contributed the remaining 28 million out of the 78 million dollars total construction cost.

The ship was designed by Navy specifications. It was made so that it could be easily and efficiently converted into a troopship with a capacity of 15,000 troops. It was also possible to convert it into a hospital ship. The construction work started in 1950 at the Newport News Shipbuilding and Drydock Company in Newport News, Virginia, and it was finished in 1952. This was the largest ocean liner that was entirely constructed in the USA. 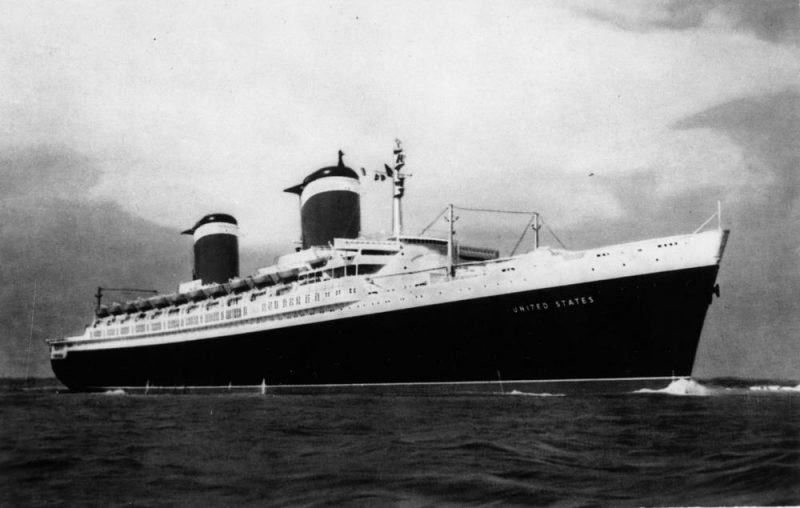 In order to minimize the risk of fire, Gibs wanted the ship to be built completely without wood elements. No wood was used in the framing of the interior surfaces, and not even for decorations. Everything including furniture, fabrics and fittings were custom made from materials like glass, metal or glass fiber. Even the clothes hangers were made out of aluminum. The only wooden items on the ship were a butcher block and the ship’s grand piano, but even the piano was made out of a fire resistant wood species, although they planned to make it out of aluminium too. 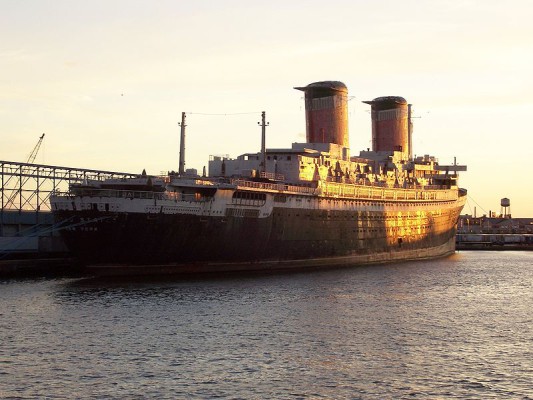 During the construction of the SS United States superstructure, huge amounts of aluminium were used, actually, more than in any other project up to that time. This contributed a lot to the ships weight loss. It was lighter than any other ship of similar size during that period. This also made the SS United States to be the fastest ocean liner to ever cross the Atlantic in either direction (from the East and West side). This record is still not defeated by any other passenger liner, even today when SS United states is retired.

The SS United States sailed the Atlantic Ocean without stopping and interruptions and served its passengers until 1969 when it was decommissioned.  In 1996, the ship was docked at Pier 82 on the Delaware River in Philadelphia and sits opposite of a huge IKEA shopping center. 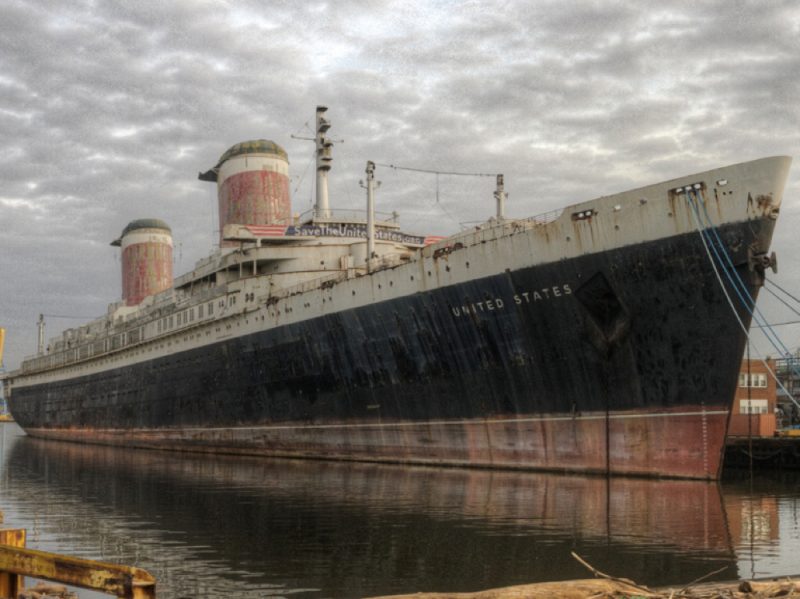 In 1999, the SS United States Foundation and the SS United States Conservancy managed to list the ship on national register of historic places. In 2003 the ship went on sale and it was bought by Norwegian Cruise Line (NCL). They planned to refit it and put it back in service, but soon they abandoned the idea and since 2009 they were trying to sell it again, because of the high maintenance costs needed to keep the ship afloat (around $800,000 a year).

Luckily, The SS United States Conservancy has been collecting fundings and with the help of many supporters managed to buy the ship in 2010. They started to work on the ship’s restoration and the process still continues. This summer they received over 100,000 dollars by donations made from people all around the world. That is excellent news for the ship when you consider that keeping the restoration process going costs around $60,000 a month.

In the YouTube video below you can see how the ship looks today. YouTuber Abandoned Steve had the opportunity to visit it and made a nice recording of the ships interior and decks. Everything looks bare and stripped down, but let’s hope that one day the SS United States will be restored in its former glory.

P.S. Watch out, on the 6:11-minute mark you can see the guardian of the ship. Nobody messes with him.