1,500-Year-Old Text Has Been Digitally Resurrected From a Hebrew Scroll 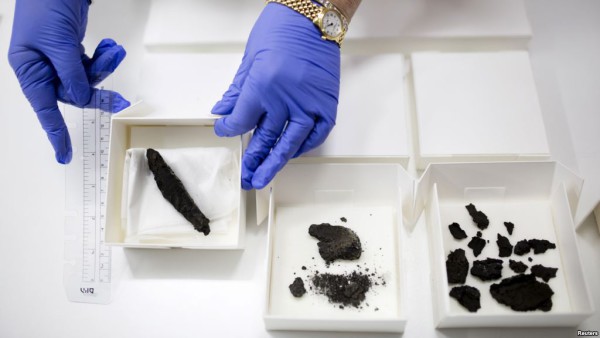 Three thousand years ago, according to the Bible, David hid from King Saul at the Ein Gedi oasis located on the western shore of the Dead Sea.  Ein Gedi or “Spring of the Goat” is a beautiful desert oasis made up of two large streams of fresh water, a rarity in this area, and ringed with exotic foliage.   The area contains several ancient sites including a Chalcolithic sanctuary believed to be 4,000 years old, and the Shulamit spring near the Dodim Cave.

This oasis would have always been an extremely important place from the beginning of time. It is one of only two oases in the area that have fresh water, so it is not surprising that there is evidence that people have been using the area for thousands of years.   In the early 1970’s archaeological excavation work was undertaken at a Byzantine village boasting a synagogue containing a Holy Ark and a very beautiful mosaic floor.  In addition to the Ark, archaeologists found a bronze menorah, glass and ceramic oil lamps, and 3,500 coins in a money box thought to belong to the entire community. “This village had been completely destroyed by fire and, for some reason, the residents had never returned to rebuild or to collect their valuables left behind,” Dr. Sefi Porath said. “We have no information regarding the cause of the fire, but speculation about the destruction ranges from Bedouin raiders from the region east of the Dead Sea to conflicts with the Byzantine government.”

Inside the Holy Ark, archaeologists found a badly burned scroll which was so delicate that for 45 years it has lain untouched, as any attempt to unroll it would have resulted in the scroll crumbling to dust.   Recently, this ancient artefact finally revealed its secrets when it was digitally unrolled by modern technology.

Brent Seales, a professor at the University of Kentucky working in conjunction with Merkel Technologies, has devised a methodology that allows delicate and sensitive documents to be read without physically touching them.   Seales began working with a collection of ancient Roman scrolls buried under the ash fall from Vesuvius and excavated from Herculaneum.  These too, were little more than carbon cylinders, so Seales and his team x-rayed the relics with a CT scanner. Similar to those used in hospitals to look inside the human body, these scanners are a great deal more powerful.  In this way researchers could “look” inside the scrolls without touching them and causing any damage. Each scroll resulted in terabytes of raw data, a formidable task facing anyone trying to make sense of it. 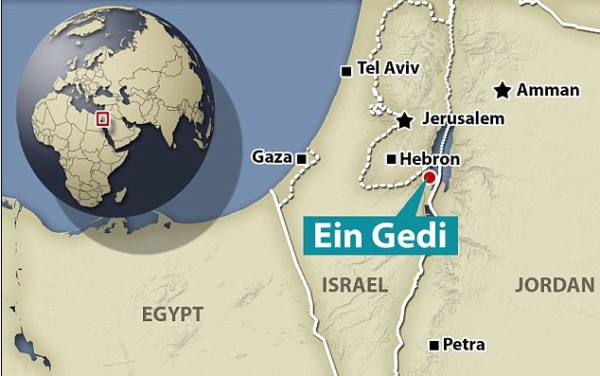 The resultant raw data is unrecognizable as anything resembling the written word, so Seales wrote a computer program to help make sense of the mess.  Seales likened the process to drawing a map. His computer program trolled through the raw data looking for specific patterns and shapes, such as the edges of the papyrus, which look like the edges of a continent to the software.  Unfortunately, the carbon-based ink used by the Romans could not be clearly distinguished from the surrounding carbon, so while the scrolls could be digitally unfurled, no text could be distinguished.  This work came to the attention of the Israeli authorities, who had the raw CT scan data from the Ein Gedi scroll but could not decipher the contents. (Mail Online)

The raw data was passed on to Searle who ran it through his program only to discover that while the process would work there were nuances to the Ein Gedi scroll that needed to be taken into account.  The scroll was made of animal skin and not papyrus, so there were bubbles and imperfections that had to be programmatically removed.  The lucky break that Searles was looking for came in the form of metals that the ancient Israelis had added to their ink.  These metals showed up as bright white images on the CT scan, so he was able to slowly unfurl a single layer from the scroll. To his, and the translator’s, utter amazement, the text that appeared said “The LORD summoned Moses and spoke to him.”  The Israeli translators identified it as coming from the first verse of Leviticus, the book of laws.

Scholars were not surprised to discover another copy of the Book of Leviticus as James Aitken, a lecturer in Hebrew at Cambridge University said, “We probably have many more copies of it than any other book, as its Hebrew style is so simple and repetitive that it was used for children’s writing exercises.” Aitken went on to say that the remarkable thing about this text is its age. Until 1947, the oldest known Biblical texts dated to the tenth century, and then, with the discovery of the Dead Sea scrolls, this date was pushed back to between the third century BC and the first century AD.  This scroll, found at Ein Gedi and transcribed in the U.S., is one of only three documents that have been transcribed and dated as within the huge gap in between.  The other two documents that have been transcribed are a fragment from the Book of Genesis dated to around the sixth century and a scroll deciphered to be the Book of Exodus from the seventh or eighth century.

The Herculaneum scrolls have been unravelled by the Italian National Research Council during a project headed up by Vito Mocella.  Building on the work done by Seales, the Italians used enhanced scanning techniques with a particle accelerator to bring out the letters on the burned papyrus.  Mocella said, “The Ein Gedi scroll presented a simpler problem than the Herculaneum scrolls, which are really the worst-case scenario in the field.  But even if it’s simpler, it is still not easy.”

It is humbling to think that words written so many decades ago by the learned men of the age can be read today.  This is a fine example of art and science working hand in hand to allow us to study materials that have been far from our reach in the past.  Who knows what may be uncovered as this technique is used on so many of the fantastically fragile documents that are stored around the world?   It will now be possible for scholars to study texts that have never been available for study before – adding further pages to our understanding of the world.

« Amazing Photos Show The Bob Hope Show from Long Binh, Vietnam on Christmas Day, 1970
Why Does the Captain of a Bomber Always Sit on the Left Side? »