There a lot of weird stuff  going on our planet, some of them with an aim to be weird (in an artistic way), while others, well, just turned out to be weird. That is the case with the colossal, titanic, decaying building, located in the midst of the Indonesian Jungle, shaped like a chicken.

While some of you might assume a chicken building would be maybe a cute and appropriate shape for a chicken farm as we did, the truth in facts is, the massive chicken building served  as nothing less but a church. Yeah, you read it correct, a chicken church.

The locals dubbed it Gereja Ayam, which in translation basically means “Chicken Church” but the building was not intended to be neither church nor chicken.

It all started when the creator of this obscure structure, the 67-year-old Daniel Alamsjah received a holy vision from god, and that inspired him to build a prayer house in a form of a dove.

‘Perhaps because of my Christian faith, people thought I was building a church. But it’s not a church. I was building a prayer house… a place for people who believe in God,’ the 67-year-old told Jakarta Globe.He choose a forested hill near Maleland to build the holy structure and created the world’s most weird looking church and  the most bird-like building in the world. 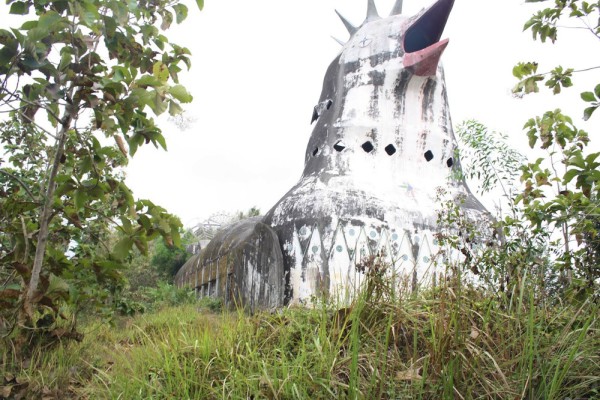 The prayer house, “spread its wings”  at the beginning of the 1990s. The chicken prayer house was not religion exclusive, per se, it was opened for any religions that wanted to make the trek, including Muslims, Buddhist and Christians. The  holy services were held in the upper floors while the lower floors served as a rehabilitation center and juvenile outreach. 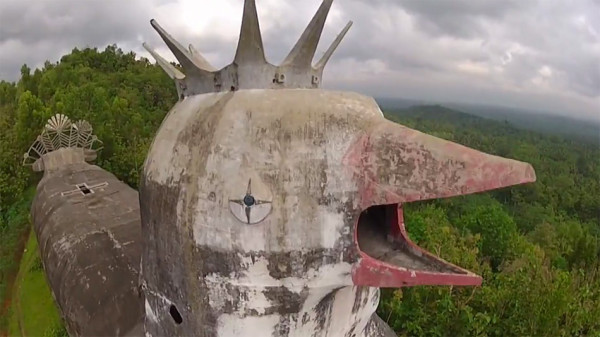 ‘The rehabilitation that happened at this prayer house was for therapy for disabled children, drug addicts, crazy people and disturbed youth who wanted to fight.’

In 2000, the chicken-dove church, prayer house- rehabilitation center and everything that it was, had to shut its doors, when additional construction costs became to unreachable, so the poor chicken building was vacated and left to the mercy of nature. 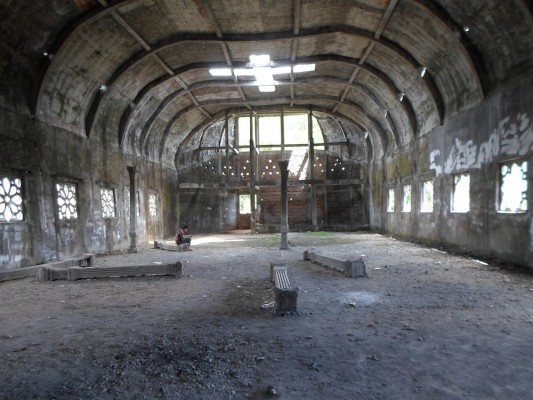 The chicken church was left to rot for years, with its crumbling wall covered with graffiti, the building  served as a favorite place for “immoral acts.” The unfinished basement gives the building more of a creepy horror movie touch. 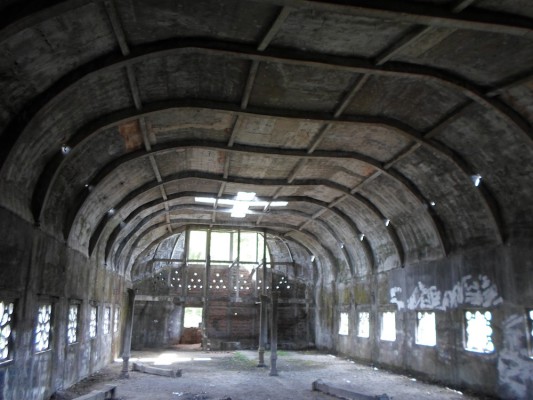 Alamsjah acquired the 3,000 square meters of land where the church was built for two million rupees – or £110 – which he paid off over four years. More than 30 local villages helped Daniel Alamsjah to build the chicken church, and now they benefit from the increased tourism it has created. 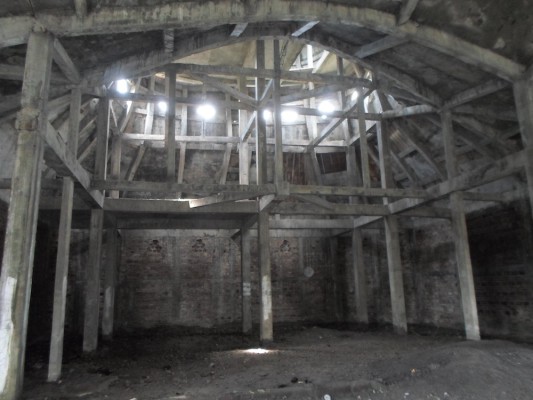 Gereja Ayam is also a favorite spot for travelers and photographers.A travel blogger Alek Kurniawan  who toured the building says some of the pillars holding up the church are either crumbling or broken.

He said: ‘This is most strange, it turns out these rooms are terraced. The upstairs room was used as a church hall. 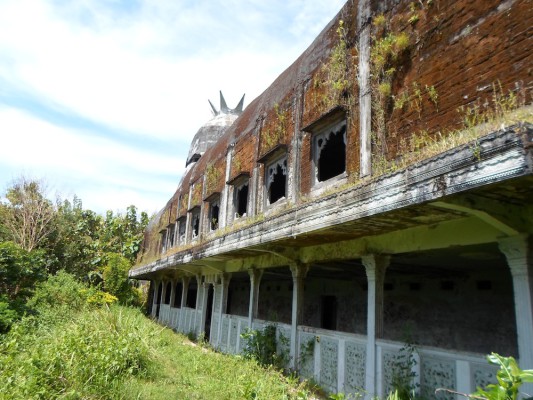 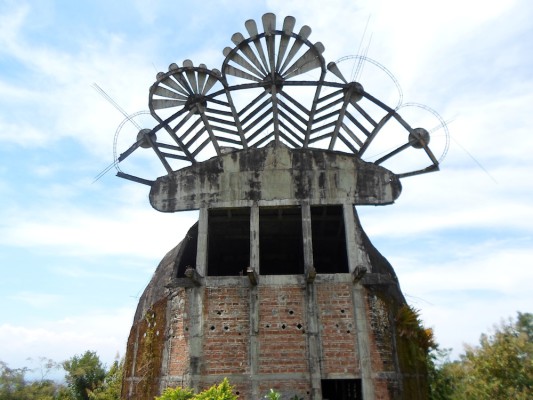 “While in the basement, there are rooms such as bedrooms and bathrooms. The rooms had no light so we used a flashlight to search for it. There are also bats that might be living there.

“There are 15 rooms such as bedrooms and 1 room with 3 bathrooms. There is one more door we didn’t enter. Also, many graffiti on the wall, for example, bad words and pictures of naked women are found.’

All photos by  Alek Kurniawan

« The President is 3200 years-old. It’s so big that it has never been captured in one photo
Derelict gold mining town still Lies untouched after 100 years »