A new discovery has been made recently in Scotland that proves people were living there during the Ice Age. The stone tools that have been found there are around 12,000 years old and they represent the earliest evidence of human life in Scotland. This shows signs of life here 3,000 earlier that scientists previously thought.

Surprisingly, the discovery wasn’t initially made by a team of archaeologists, but by an unsuspecting passel of pigs, which were searching for food on the coastline of the island of Islay (Inner Hebrides). When their owner noticed the artifacts peeking from the earth, he informed the authorities. After archaeologists from the  were notified about the find, they immediately started digging and eventually, in 2013, they unearthed the Ice Age tools at a location called “Rubha Port an t-Seilich”, on Islay in the Inner Hebrides. 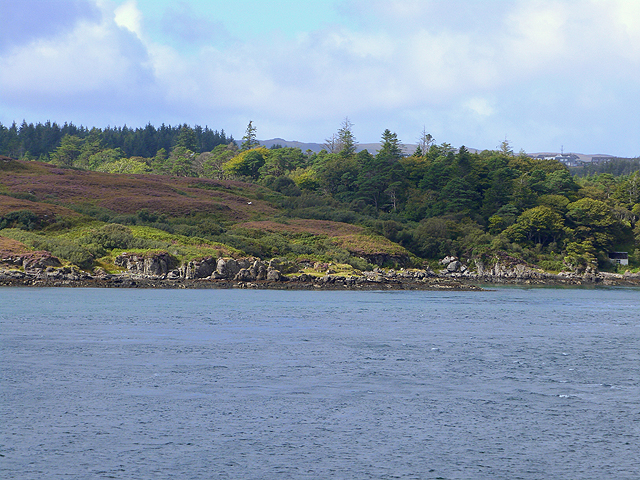 Rubha Port an-t Seilich, the location where the Ice Age campsite was found. It is one of the best preserved Mesolithic sites in Scotland. / Photo credit: Oliver Dixon, via Creative Commons

The tools that were found include scrapers for cleaning skins, and sharp-edged spear tips probably used for hunting. Animal bones, plant remains and a fireplace was also found during the excavation. It is believed that these prehistoric artifacts were made by the Ahrensburgian culture, a group of people which lived in mainland Europe at the end of the last Ice Age. Artifacts belonging to this culture have also been found in Denmark and Sweden. This suggests that the Ahrensburgians were probably hunting and gathering resources around the coasts of Europe.

The location where the artifacts were discovered is one of the best preserved Mesolithic sites in Scotland. But, the site became more interesting when Professor Steve Mithen and Dr. Karen Wicks, from the Department of Archaeology at the University of Reading, discovered new items under the Mesolithic layer. Dr Wick says that the ice age tools are a definite proof  of human population in Scotland 3,000 years before it was previously thought. 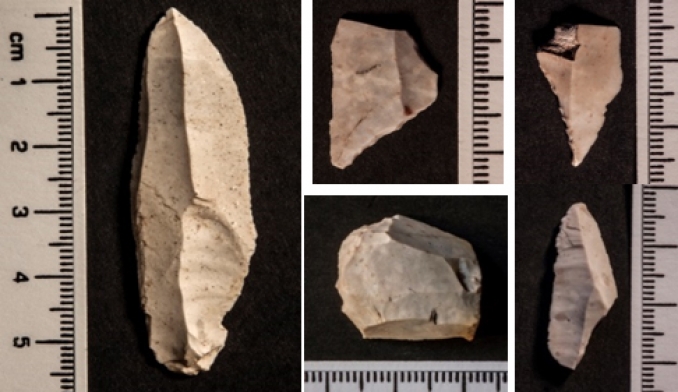 The tools that were found include scrapers for cleaning skins, and sharp-edged spear tips probably used for hunting. / Photo credit: University of Reading

During the Paleolithic, Western Scotland was on the northwest edge of the world. It was part of the enormous landmass stretched from Asia to Europe. Previous theories claimed that Scotland was inhabited around 10, 500 years ago. Today scientists are sure that a group of hunter-gatherers visited Islay earlier than 10,500 years and they made a camp at Rubha Port an t-Seilich. Back then It was possible for Ice Age people to venture out in the harsh glacier-covered highlands of Northwest Scotland. 12,000 years ago Britain was still connected to mainland Europe by bogs and marshes. This region was known as Doggerland. It is highly possible that these people managed to pass over the marshes during summer months in order to find new grounds rich with much-needed resources for survival.

Dr. Wick said: “The Ice Age hunters likely sailed in skin boats along the rivers and marshes of Doggerland and then around the north of Scotland to arrive at its west coast, where Rubha Port an t-Seilich provided an attractive campsite.” (dailymail) 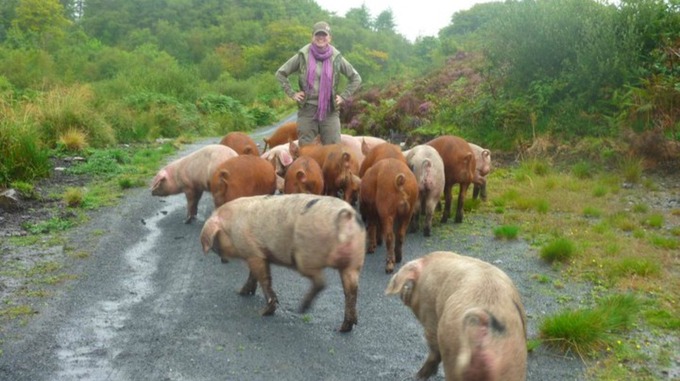 Dr Karen Wicks together with the team of pig archeologists from Islay. / Photo credit: University of Reading

The tools were dated with the help of Tephrochronology, a geochronological technique that uses discrete layers of volcanic ash from a single eruption, in order to create a chronological framework. The use of this technique is possible everywhere where layers of volcanic ash are present. In this case, eruptions that happened in Iceland covered the Scotish landscape with ash. Every single eruption creates an original chemical composition, its own footprint. That is why it is possible to accurately determine the date of the eruptions. By examining the Volcanic ash fоund at Rubha Port an t-Seilich, around the tools, scientists proved that they are 12,000 years old, 3,000 years older than the previously found artifacts on Islay.Archeologists are planning to continue excavating at the site next season.

Rubha Port an t-Seilich is an important place for archeology in Scotland, it bring new insight into the prehistory of this region. Dr Wick and his team are eager to return next year and continue with the project.

« Want to own your own island? Then take your pick
‘Dancing Plague’ of 1518 – People danced for days without rest, some even to their deaths. »