Looters dig up Holocaust victims’ graves in hunt for gold 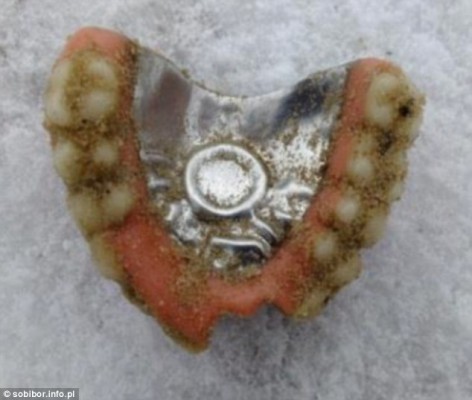 War is a human invention that brings out the very best and the very worst in people and nations. Poland during World War II epitomised this dichotomy and the Jewish people suffered as a result.

The Nazis had built four concentration camps in Poland during the war with the sole purpose of using them to exterminate the Jewish people.  These camps at Treblinka, Sobibor, Belzec and Chelmno were the sites of some of the very worst in human behavior.   The Jewish people sent to these camps often carried valuables with them in the hopes of surviving the camps, a fact that was well known to the guards as well as the local Polish population.  As the trains carrying the condemned load arrived at Treblinka station, it sparked a mini-economic boom.  The Polish people would sell water to the desperate passengers and get paid in priceless valuables, the guards would steal what they could, and young Polish girls would prostitute themselves in exchange for valuables. When the hapless Jews had been gassed, the last of their valuables, their gold teeth, would be removed, and their bodies condemned to mass graves. Even then these people were shown no respect as the graves were looted and robbed by the local Polish population, aided and abetted by Russian soldiers. This rush to hunt for gold has been dubbed the Treblinka Gold Rush and is documented by Jan Gross in his book “Gold Harvest”.

Irena Gross, the wife of Jan, quoting eyewitness Rachela Auerbach, a member of the Main Commission for the Investigation of Hitlerite Crime and who visited Treblinka at the end of 1945, wrote, “They dig, they search, pulling out bones and body parts. Maybe something could still be found…maybe a golden tooth?”  Further evidence was supplied by Jerzy Krolikowski, an engineer working on a bridge near Treblinka, who told of seeing wrist watches sold for pennies and how local Polish folk would carry them around like eggs in a basket offering them for sale to anyone interested. 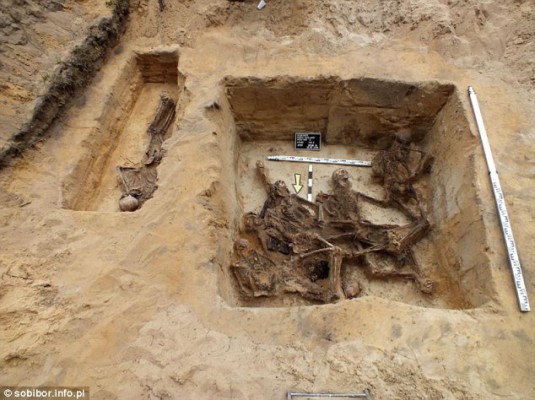 Sadly, this grave robbing was not restricted to the end of World War II.  Recent archaeological work being undertaken at the Sobibor camp in south-east Poland has found that graves of some of the three hundred thousand Jews slaughtered in the camp have been disturbed as recently as the past two years.  Researchers from the museum located at the camp have described how they found evidence of the graves having been dug up near the site where the gas chamber was located.

Alongside this horrendous practice there was also incredible heroism on the part of the Polish people, who generally suffered as a result of invasion by both the Germans and the Russians.  There are many examples of Polish citizens being awarded medals for bravery and many of those medals were for hiding Jewish people. But does this negate the truly horrendous treatment of a people that were criminalized for their religion?

These very painful wounds, which have scarcely been allowed to heal, have once again been ripped open with revelations of the desecration of Jewish cemeteries and the theft of headstones.    According to Matzeva, an organization dedicated to preserving Jewish heritage in Poland, headstones stolen from graves in a Jewish cemetery in Pilica in eastern Poland have been used to pave roads and build barns and toilets.   Workers from Matzeva found slabs of stone, some clearly marked with Hebrew writing and dating back as far as the 1900’s, which had been used to build a toilet. 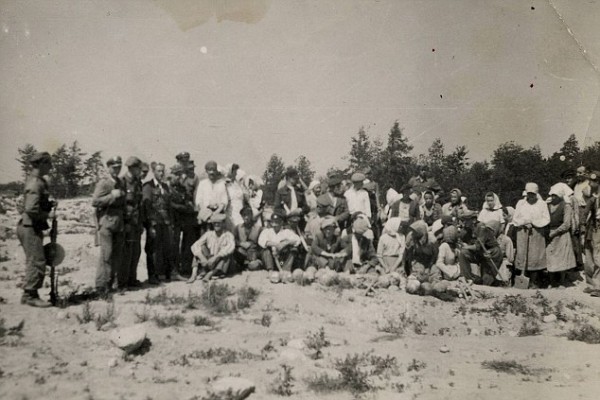 Close by, a farmer had raided a local Jewish cemetery and used the head stones to build a cowshed, scandalously charging an entrance fee for allowing people to come in and view his shed.  When asked if he would remove them and return them to the cemetery, he told the researchers that it would cost them £5,000.   This level of desecration is not restricted to rural areas.  Researchers have found headstones along the banks of the Vistula River, where they were used to reinforce the riverbanks.  These stones had been stolen from the Brudno Cemetery in Warsaw.

It is acutely distressing that there is little or no legal redress for this situation.  Director of the Foundation for the Preservation of Jewish Heritage in Poland, Monika Krawczyk, said via an e-mail, “Matzevot [tombstones] which were removed – the Jewish community cannot claim them in legal terms.  The Polish authorities made sure that the law of 1997 provided that there is no succession of the pre-war Jewish communities and communities of today. This prohibits any organized actions in this level.  The only thing we do is to appeal for return of the matzevot or their fragments to the cemeteries based on moral standards. We do not buy them, nor look for them.” 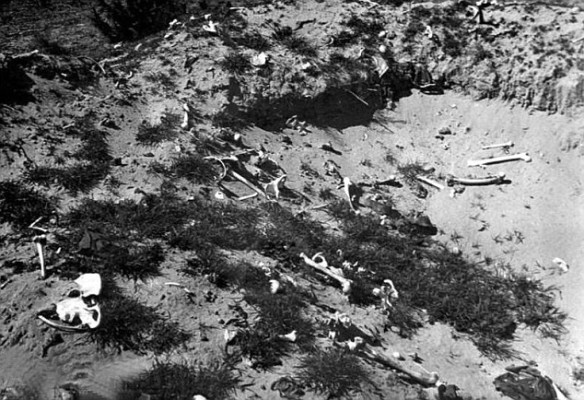 It is a sad indictment of humankind that we can be so utterly evil and so unrepentant of the evils done to others.  All good men can only hope and pray to their gods that one day we shall grow out of this need to make war, and that we can grow to respect each other irrespective of race, color or creed, so the resting places of other men are treated with dignity as hallowed ground.