10 of the most dangerous lawmen of the Old West

The Old West produced a bunch of legends. As a matter of fact, if there’s one thing it was consistently good at, it was taking outlaws and turning them into icons. Men like Billy the Kid, Butch Cassidy, and John Wesley Hardin became part of American culture despite that they were aggressive criminals. In a time of lawlessness and disorder, there were lawmen who commanded respect and weren’t afraid to stand up to outlaws. In the process, they created the model of the Western hero. These men made a difference. 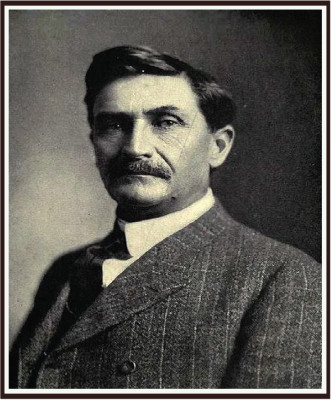 Patrick Floyd Jarvis “Pat” Garrett was an American Old West lawman, bartender and customs agent. In 1880s, Garrett became the Lincoln County Sheriff and secured his reputation when he gunned down one of the most popular bad guys in the Old West, William H. Bonney aka Billy the Kid. According to legend, Garrett and Bonney knew each other and they were even supposedly often seen together gambling in saloons. Anyway, as soon as Garrett became sheriff, his duty was to bring Billy the Kid to justice. The $500 reward just placed on Bonney’s head probably helped, too. On July 14, 1881, Garrett tracked down the Kid near Fort Summer and shot him. The shot hit the Kid in the chest just above the heart, killing him. 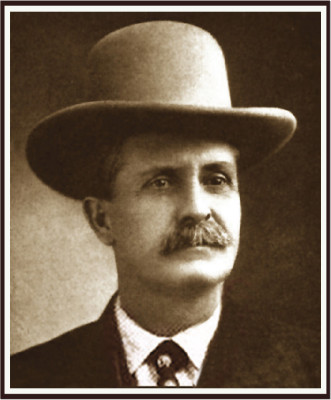 William Matthew “Bill” Tilghman, Jr.  was a lawman and gunfighter during the Wild West days of Kansas and Oklahoma. During his career, Tilghman earned the admiration of many gunslingers like Wyatt Earp, Virgil Earp, the Mastersons, and Wild Bill Hickok. Tilghman developed the status of a man who only resorted to violence when it was absolutely essential, but was known to be deadly efficient in its use as a last resort. Deputy U.S. Marshal Bill Tilghman, along with two others, Chris Madsen and Heck Thomas, were known as The Three Guardsmen, a name popularized in Old West literature describing the three lawmen who became legendary in their pursuit of many outlaws of the late 19th century. 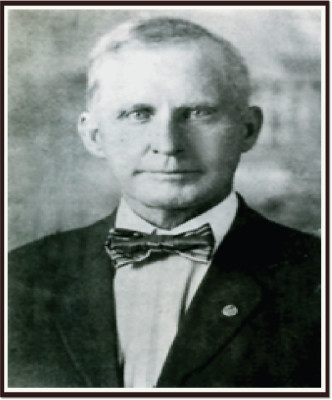 Allison has been described as the most efficient lawman in Texas. In 1888, at the age of 27, he became the youngest sheriff in the Lone Star State. In the process, he became the youngest sheriff in Texas history. Allison was well-known for his confidence, but also had a dark side, as he was quite a bad gambler. Sometimes he left his positions under a cloud of suspicion. He is most noted for leading the group that caught and killed the Mexican revolutionary turned fugitive Pascual Orozco in 1915. Later on in life, Allison became a detective. While operating for the Texas Cattle Raisers Association, Allison built a case against two cattle rustlers in Seminole, Texas. In 1923, on the night before the trial, he was shot down and killed in his hotel room by the same two notorious cattle rustlers. 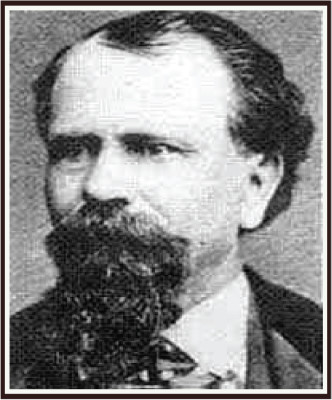 John Hicks Adams first came to California as a forty-niner during the Gold Rush. Adams began his political career by running for and securing the office of County Supervisor of Gilroy and Almaden Township in the September election of 1861. In 1863, John ran for Sheriff, defeating William Aram by more than 500 votes. Shortly after that, a group of Confederate partisan rangers, known as Captain Ingram’s Partisan Rangers from the San Jose area, who had committed all sorts of crimes in Santa Clara County, robbed two stage coaches in the Bullion Bend Robbery near Placerville. Adams was close to getting the gang on several occasions, but they always managed to slip away. However, an information filtered to Sheriff Adams that the Confederates were holed up in a shack near Almaden. Sheriff Adams and a posse of Deputies surrounded the shack, and requested their surrender. The robbers failed to comply with the order and tried to escape. All of the rangers were caught or killed in the gunfight that resulted. Sheriff Adams was wounded when a bullet struck his pocket watch and glanced into his ribs. 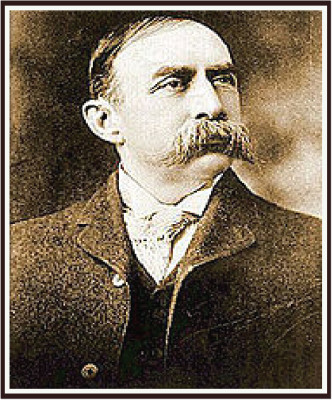 John Barclay Armstrong was a Texas Ranger lieutenant and a United States Marshal. In 1875, he joined the Special Force, and as second-in-command to Captain Leander, he earned the nickname “McNelly’s bulldog.” Armstrong is usually remembered for his part in the pursuit and capture of the most dangerous gunmen in the Wild West, John Wesley Hardin. Hardin had been captured once by rangers, but he managed to escape. Armstrong found himself in a train coach in a standoff against Hardin and four of his men. Armstrong killed one of the men, knocked Hardin unconscious, and disarmed the other three. He then safely escorted Hardin to Texas, where he received 25 years in prison. Besides this famous incident, Armstrong also helped track down outlaw King Fisher and was part of the group that killed violent train robber Sam Bass. 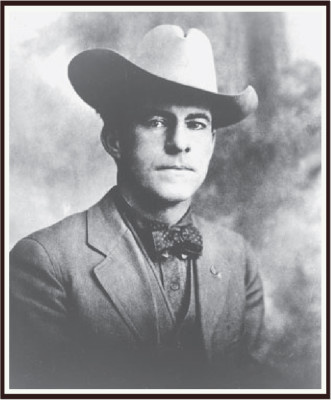 An Arizona lawman who was the third captain of the Arizona Rangers, as well as the sheriff of Cochise County. Harry Wheeler was involved in some of the last true Western gunfights. In October 1904, Wheeler killed an outlaw at the Palace Saloon in Tucson. It was a classic shoot-out between two men. Wheeler turned out to be the fastest gunslinger. Just a few years later, he was involved in another classic gunfight, a shootout in Benson, where he killed a second man, named J.A. Tracy. In that second incident, Wheeler was wounded but made a full recovery. Later he earned a position as Cochise County sheriff and in 1917 Wheeler took part in the Gleeson Gunfight, one of the last shoot-outs of the Old West. 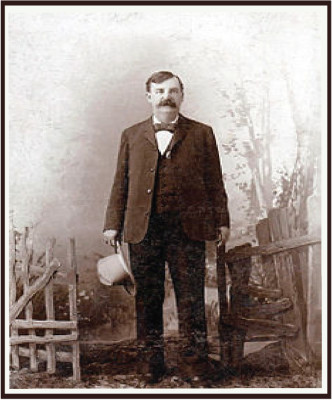 Henry Andrew “Heck” Thomas was a lawman on the American frontier, most notably in Oklahoma. Another member of the Three Guardsmen, along with two other deputy U.S. marshals, Chris Madsen and Bill Tilghman. The Three Guardsmen were credited with the apprehension of more than three hundred outlaws over the next decade, killing several. In August 1896, Thomas Heck led a posse that tracked down and wiped out outlaw Bill Doolin, who had already been captured by Tilghman, only to escape from prison, on July 5, 1896. By 1902, much of Oklahoma had been settled down. Thomas was dispatched to Lawton, where he was elected as the first police chief in the town. He served in that rank for seven years until his health began to fail. 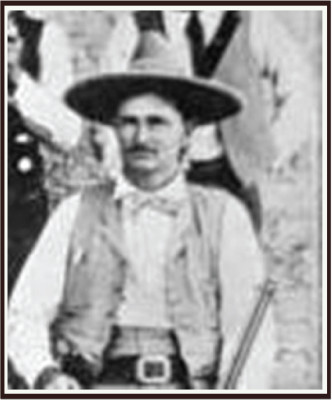 Texas Ranger and cowboy of the Old West. Hughes On May 1886, when thieves stole his neighbor’s horses, Hughes pursued the band, killing two of the men in the process, and capturing the remaining thieves in New Mexico Territory, returning the horses to his neighbor. The pursuit lasted for several months and brought him to the attention of local Texas Ranger Ira Aten. Word of Hughes’s exploits spread fast and soon reached renowned Texas Ranger Ira Aten, who asked Hughes’s help in apprehending escaped murderer Judd Roberts. After shooting the bandit, Aten convinced Hughes to join the Texas Rangers. After the 1893 murder of Texas Ranger Captain Frank Jones, killed during an ambush by bandits, Hughes led a group of Rangers in a hunt for the killers, most of whom were members of the Olguin family. Hughes managed to obtain the names of all bandits involved in the killing of his captain, 18 men in total. He then took his rangers and tracked down every single man on the list, and either killed them all in shootouts or by way of hanging. These daring actions of Hughes led to many books, including “the Lone Star Ranger”, and his apparent inspiration for the Lone Ranger character. 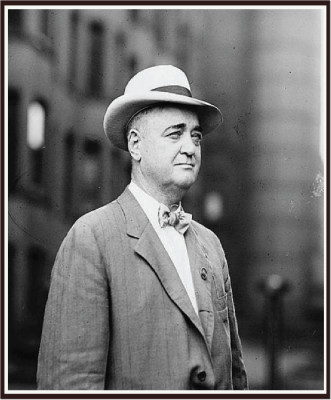 Bat Masterson was widely known himself as a buffalo hunter, Indian fighter during the celebrated “Battle of Adobe Walls,” civilian scout for the U.S. Army, gunfighter and lawman in Dodge City, Kansas. Nowadays, William Barclay “Bat” Masterson is remembered mostly for his close relation with Wyatt Earp. The two of them became friends while serving as deputies in Dodge City, Kansas, and Masterson later went on to join Earp in many of his adventures. Masterson’s first gunfight took place in 1876 in Sweetwater, Texas, when he was only 22. After that, he joined his brothers, Jim and Ed, who were deputies in the notorious town of Dodge City and it wasn’t long before Bat was elected sheriff of Ford County. Masterson’s most well-recognized gunfight was the Battle of the Plaza in 1881. Prior to the fight, Masterson came to Tombstone, Arizona at the invitation of Wyatt Earp. He received information from Dodge City that two men wanted to kill his brother over a disagreement. Bat jumped on the first train there and faced the men in a gunfight. One of the two and a witness were shot, but nobody was seriously wounded. The gunfight was considered fair (by Dodge City standards), and Bat was let off with an $8 fine and left Dodge City that same day. 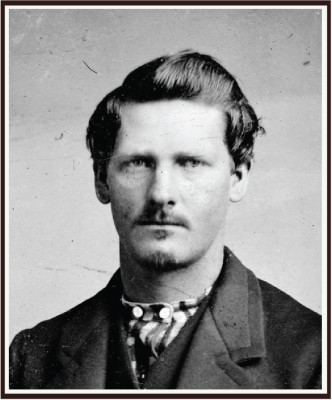 Noted lawman Wyatt Earp is most likely the most storied figure of the Old West. He was also a skilled gunslinger who was greatly feared by the outlaws of the time. Earp had a varied career that saw him travel to boomtowns like Wichita, Dodge City and the lawless town of Tombstone to serve as sheriff, and he took part in some of the most legendary gunfights of the 1800s. The most famous of these is, without doubt, the Gunfight at the O.K. Corral, which happened in 1881 when Earp, his brothers Morgan and Virgil, and friend Doc Holliday confronted a gang of cowboys who had recently been arrested for robbing a stagecoach. Three of the cowboys were killed in the encounter, and everyone except Wyatt was wounded. The gunfight triggered a huge scandal, and friends of the cowboys soon retaliated, wounding Wyatt’s brother Virgil and killing Morgan. Earp and Holliday then led a team of gunfighters on what has become known as their “Vendetta Ride,” and they eventually killed several men linked to the murders before fleeing the region. All told, Earp participated in numerous gunfights in his life, killing anywhere from 8 to 30 and his exploits remain some of the most popular stories of the Old West.

« SOE: After kidnapping the General, Moss drove the General’s car, with him bundled in the back, through 22 road blocks
For the past 146 years, a mysterious submarine wreck has ‘surfaced’ at low tide every day »