Six tools that are revolutionising archaeology 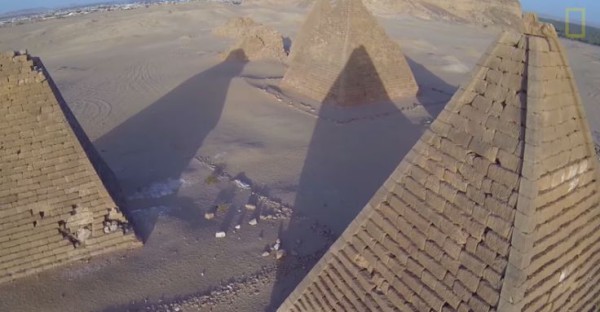 Technology has leaped forward in the past few decades and there are few spheres in our lives that have not been affected by it, either for good or for bad.  Archaeology is no exception to this rule, and there are several mature technologies that are making things just a little bit easier for the archaeologists.

For many years, archaeologists have been using aerial photographs to help them narrow down areas of possible interest.   They have used these photographs to spot unnatural mounds or possible settlement sites, but aerial photographs are expensive to commission and difficult to access.  They are also at a fixed resolution, so trying to enlarge or compress maps is a very time-consuming and complex task.  The advent of the Internet and applications such as Google Earth or Nasa’s World Wind have revolutionized the search for potential sites.  It is now possible to sit at any personal computer, link to fantastically-detailed satellite images, and have the ability to zoom in on any piece of land, anywhere in the world.

Another technological marvel that is helping archaeologists to “see” through the dense vegetation of a jungle or forest is called Light Detection and Ranging (LIDAR).  This amazing system creates a three-dimensional map of the earth’s surface in record time by using laser beams directed at the ground from an airplane.  The laser beams are connected to pin-point accurate GPS systems and an inertia measurement system, which together produce the data for the system to create a three-dimensional image. These images can then be interpreted by researchers to locate ancient sites that have become covered by earth or vegetation. 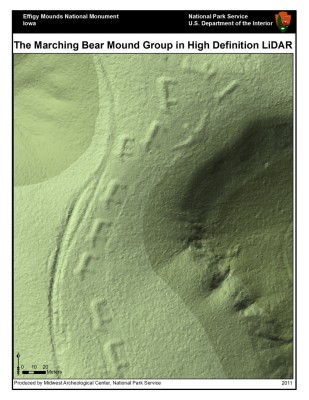 For many years, archaeologists have been highly creative when trying to take photographs from high points.  They have employed hot air balloons (notorious for not going where they’re wanted if the wind is blowing in the wrong direction), kites (which come complete with tangled lines and exhaustion from trying to launch them and collect them from high trees), weather balloons (which cause consternation when they disappear into the wild blue cosmos), and last but not least a very unstable perch on the top of a ladder balancing precariously on top of a vehicle.  All of these very frustrating methods have been used with limited success, but with the advent of the drone all of these frustrations have fallen by the wayside.  Now researchers can launch a very stable platform that is equipped with extremely high-resolution cameras, both still and video, and capture high-quality images at the touch of a button.  In addition, these little workhorses can be flown in any conditions –  at night and in the day, and in sun, rain or snow conditions – and still come back with the goods.   Archaeologists are anxiously awaiting the ability to attach LIDAR to a drone so they can map areas themselves at a very low cost, as opposed to renting aeroplanes, which tend to decimate research budgets. 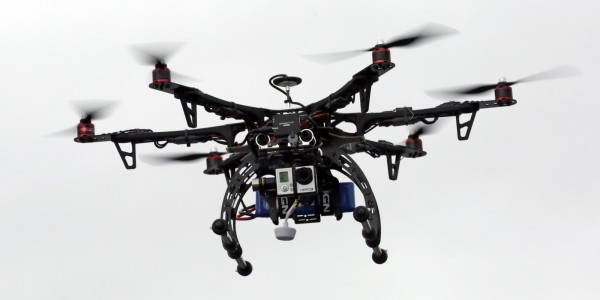 Archaeologists are by nature creative souls and they have borrowed a number of technologies from other sciences, especially those in the geological field.   A cumbersome, but very sensitive, technology is the measurement of soil resistivity.  This measures the resistance in the soil to electricity and can divulge differences in the moisture content of the soil, thus identifying structures buried up to one and a half meters underground.  This technology is painstaking as it relies on probes being inserted into the earth at regular intervals.   Desert sites have benefited from the use of magnetometry, which measures the strength of the earth’s magnetic field.  Anything that has burned will have left tiny magnetic traces in the soil that can be detected by this technology and reported back quickly and reliably to the operator.  This technology has been used not only in the deserts of the world, but has recently been used to great effect around Stonehenge.  Trailers mounted with numerous, sensitive sensors and linked to accurate GPS systems have been pulled around the country near Stonehenge, and have been responsible for uncovering exciting new sites. 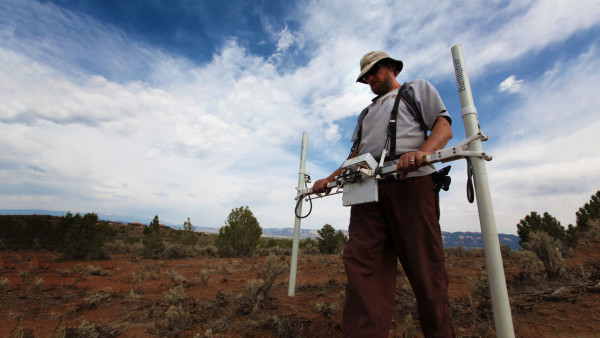 A resistance survey measures the subsurface variation in soil resistance by passing a current into the ground through two electrodes and measuring the voltage between a second pair of electrodes on the ground surface. source

Another technology borrowed from the geological world is that of soil geochemistry.  Portable x-ray fluorescence spectroscopy instruments have revolutionized the examination of samples in the field to determine the presence of heavy metals.  The instruments emit x-rays that are absorbed by the atoms of the sample, boosting the energy of the atoms.  In response to this boost in energy, the atoms give off secondary x-rays at unique energy levels, revealing the elements that comprise the sample.  This gives researchers the ability to locate items such as human or animal feces in the soil, thus pointing to possible settlements even if no other artefacts are found. 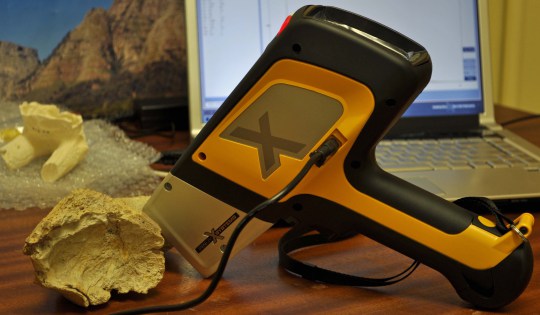 Ground penetrating radar is one of the oldest technologies used by archaeologist and has been around since the early 1980’s.  It is, however, treated with great scepticism by many archaeologists as there have been numerous false positives with the early technology.  In recent years software that creates a three-dimensional model has been developed that assists with the interpretation of the data, thus making the results somewhat more reliable.  This technology can be used in small spaces and does penetrate hard surfaces extremely well. 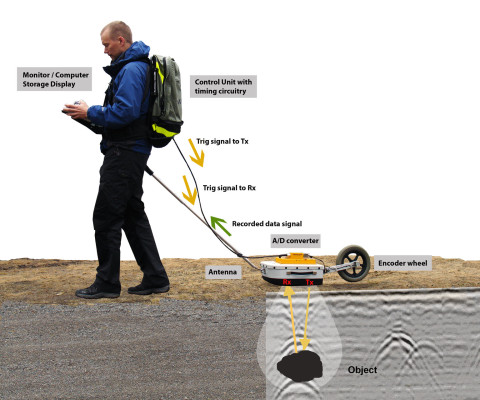 As the transmitting and receiving antenna is moved along the surface, recordings are collected and displayed side by side, resulting in a cross section, also known as radar profile.
GPR can be used in a variety of media including rock, soil, ice, fresh water, concrete, pavements and structures and it can detect objects, voids, cracks and changes in material. . source

As with all technologies, these are just tools that still rely upon the educated and experienced eye of the archaeologist to find the hidden gems in the images produced.  As with the use of all investigative tools there have been some monumental blunders, such as the supposed location of a Nazi gold train pinpointed with ground penetrating radar in Poland, or the infra-red scanning that supposedly located Nefertiti’s tomb.  Notwithstanding these misinterpretations, all new technologies are useful additions to the archaeological tool box and all have their place in assisting specialists in fine-combing areas of interest, thereby saving many months of expensive fieldwork.

« Shipwreck found in the early 1980s still one of the world’s oldest & wealthiest
The Sniper you may not have heard of: holds the most confirmed kills by a USMC sniper 216 “probable kills” »