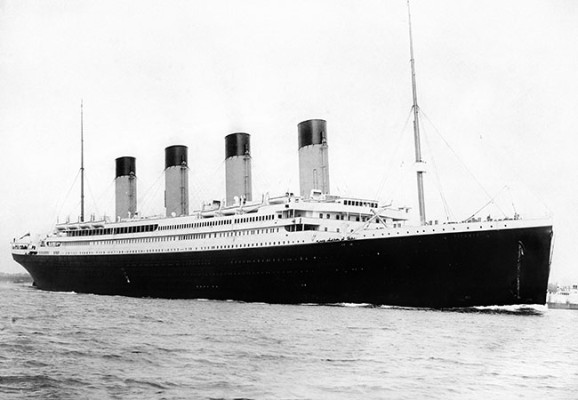 In the complete and utter chaos of the sinking, not many knew who survived and who didn’t.  One woman who kept saying that she was a survivor of the Titanic has finally been exposed as a fraud.  She claimed she was a small child when she survived the sinking –  thanks to DNA testing, it’s been confirmed that she had been lying the whole time.

The story is of a two-year-old named Loraine Allison, who was thought to have died with her parents during the sinking of the Titanic.  Due to the cold temperatures and the number of people who died, the family, like many others, was not recovered.  Several years later in 1912, a woman named Helen Kramer stepped forward and claimed she was actually Loraine Allison.

There were some high-class families on the Titanic;  Kramer thought by taking on the identity of Loraine Allison she could force the Allison family into a legal battle in order to get part of its fortune. Kramer died in 1992 still maintaining she was entitled to the Allison family fortune.  Before her death there were many legal disputes about the fortune; some of the issues had to be resolved by restraining orders, and security patrols were stationed at the Allison family’s graves so they would not be tampered with.

It has been over 100 years since the sinking of the large ship and Kramer nearly took her secret to the grave; her identity being questioned but never resolved.  However, the truth can finally be told and the truth is that Kramer was a fraud.

DNA testing would not have been made possible without the scientists who study the Titanic specifically.  They are called Titanicologists, and they set up a project called the Loraine Allison Identification Project.  They used DNA from some of the Kramer family and some from the Allison family.  They found that Kramer was not even remotely close to being a relative of the Allisons.  With the findings of the DNA testing, Loraine Allison remains on the record as the only child from the first and second class to die in the sinking of 1912.

The Allison family lived in Canada and Loraine’s father, Hudson, was a very popular entrepreneur there.  Her mother Bess and seven-month-old brother Trevor were also on the ship.  It is said that Bess had given Trevor to one of her maids right before the ship sank.  Trevor was then taken to a lifeboat while Hudson and Bess continually searched for their son, denying any lifeboat opportunity for themselves.  Hudson’s body was the only one of the family’s to be found.

When Kramer first came forward with the odd story in 1940, she told a radio show that she was saved when her father (Hudson) had put her in a lifeboat with a family friend named Mr. Hyde.  She then told the radio show that Mr. Hyde had taken her to England and raised her as his own before moving to the United States.  She had claimed that Mr. Hyde told her the real truth about her identity before his death, and also that he had actually been Thomas Andrews, who designed the Titanic and was thought to have died on the ship as well.  As Kramer began getting the attention she wanted, some of the distant relatives of the Allisons believed her.  However, the closer family members weren’t fooled.

In 2012 Kramer’s granddaughter, Debherrina Woods, attempted to reinstate the claim.  Woods tried contacting the Allison family; this spiked some concerning questions and brought in the Allisons’ lawyers to investigate Woods’ claims.  The Allison family ended up putting a restraining order on Woods for trying to scatter Kramer’s ashes on the family plot in Ontario; they also hired extra security when Woods was visiting the area.

After hearing about the issues in Canada, a scientist working with the Titanic, Tracy Oost at the University of Ontario, began intervening.  That is when she decided to take DNA from both families.  Woods declined the test, but her half-sister agreed to the test.  Oost said this was not about proving that Kramer was lying, but to put the litigation to rest so the Allison family could have some closure and not have to worry about legal matters.  She is still curious as to who Helen Kramer really was.

The grandson of Hudson’s brother said that Woods’ half-sister and other relatives were brave for stepping up and offering their DNA.  They did not care about the money; they cared about the Allison family’s well-being.

« 200-Year-Old Shipwreck Found on Gulf of Mexico Known to be Deepest in the U.S.
Michelin Red Guide: How a tire company became the taste maker for the world’s best restaurants … »