Known as the “Blond Bombshell” and loved for her “Laughing Vamp” movie person,  Jean Harlow was one of the most iconic American film actresses and sex symbol of the 1930s.

After being signed by director Howard Hughes, Harlow’s first major appearance was in Hell’s Angels (1930), followed by a series of critically unsuccessful films before signing with Metro-Goldwyn-Mayer in 1932. Harlow became a leading lady for MGM, starring in a string of hit films including Red Dust (1932), Dinner at Eight (1933), Reckless (1935), and Suzy (1936). Among her frequent co-stars were William Powell, Spencer Tracy, and in six films, Clark Gable.

These  photos below show the true colors of Harlow’s beauty: 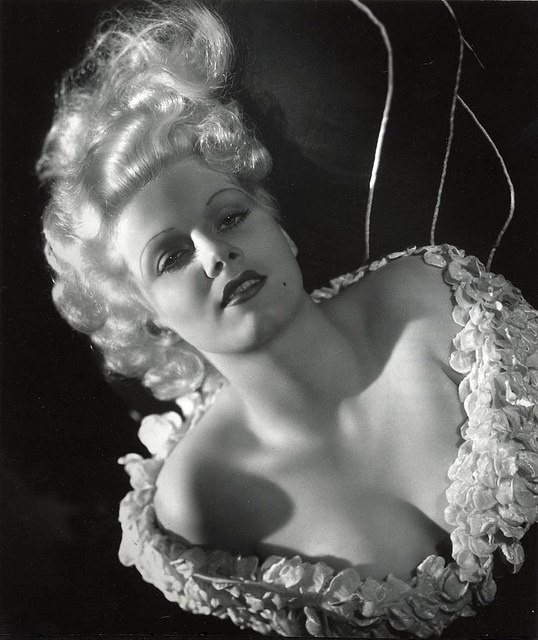 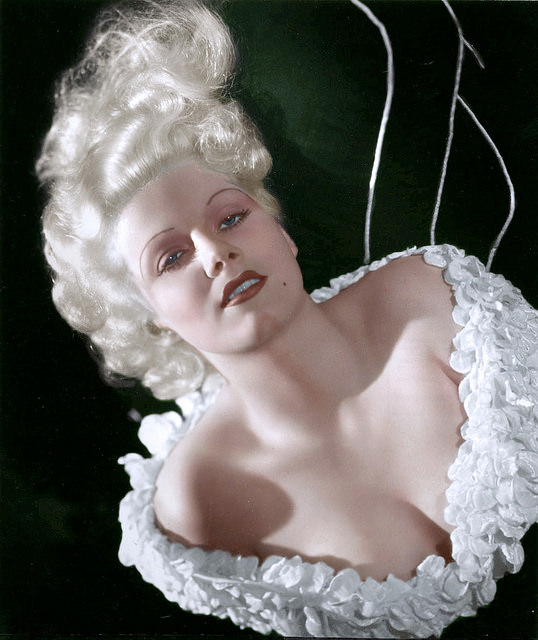 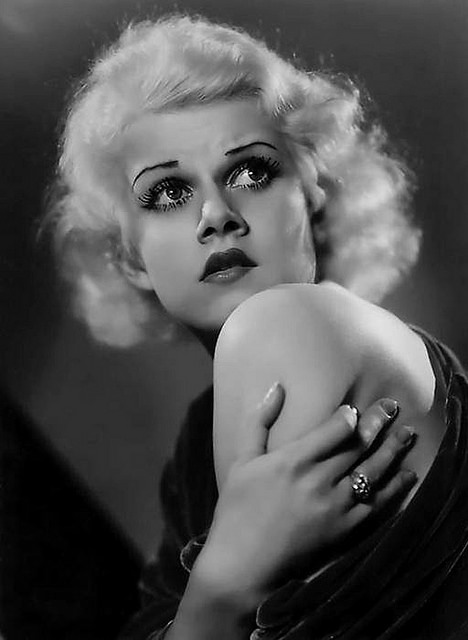 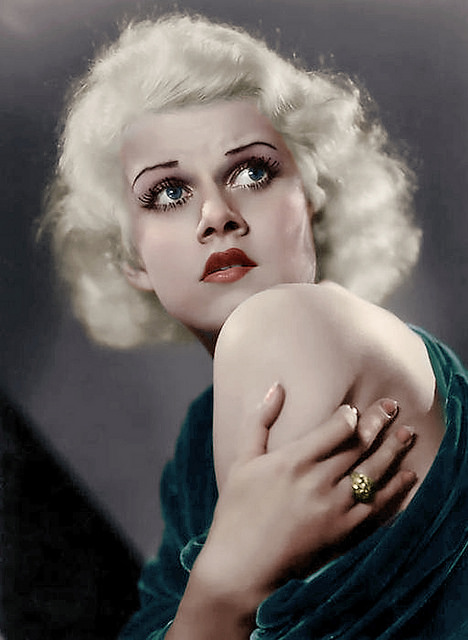 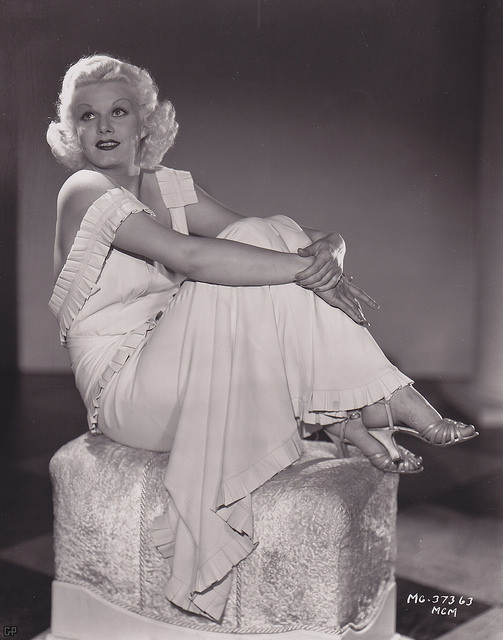 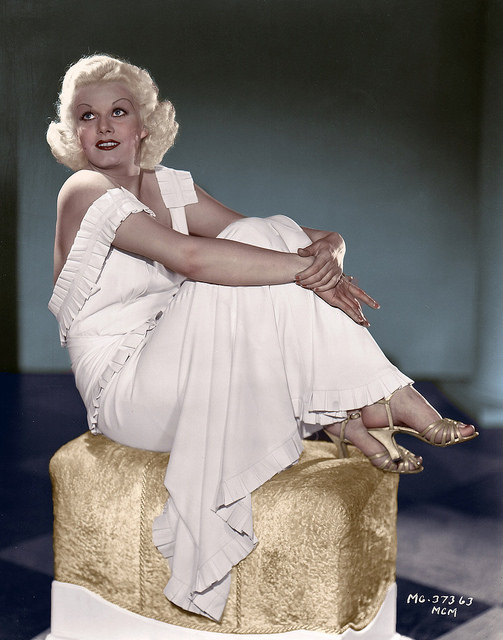 Harlow was born Harlean Harlow Carpenter in Kansas City, Missouri. The name is sometimes incorrectly spelled Carpentier, following later studio press releases. Her father, Mont Clair Carpenter (1877–1974), was a dentist from a working-class background who attended dental college in Kansas City. Her mother, Jean Poe Carpenter (née Harlow), was the daughter of a wealthy real estate broker, Skip Harlow, and his wife, Ella Harlow (née Williams). The marriage was arranged by Skip Harlow in 1908, and Jean, an intelligent and strong-willed woman, was resentful and became very unhappy in the marriage. The couple lived in Kansas City in a house owned by Skip Harlow. 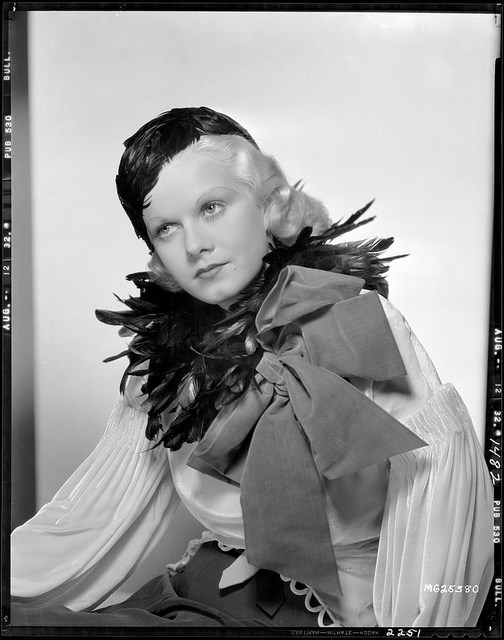 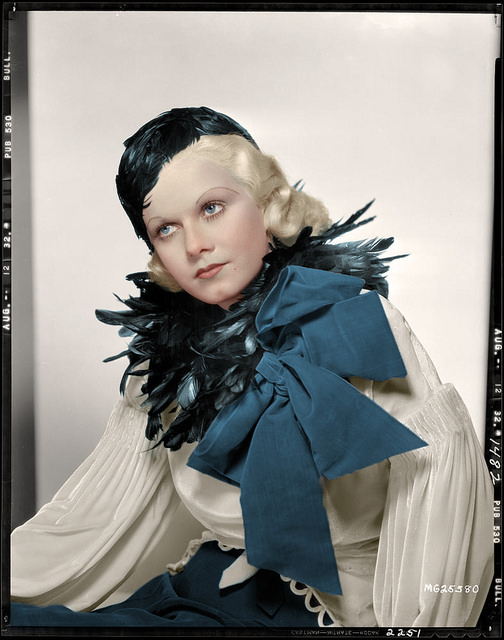 Harlean was nicknamed “The Baby”, a name that would stick with her for the rest of her life. She did not learn that her name was actually “Harlean” until the age of five when she began to attend Miss Barstow’s Finishing School for Girls in Kansas City. 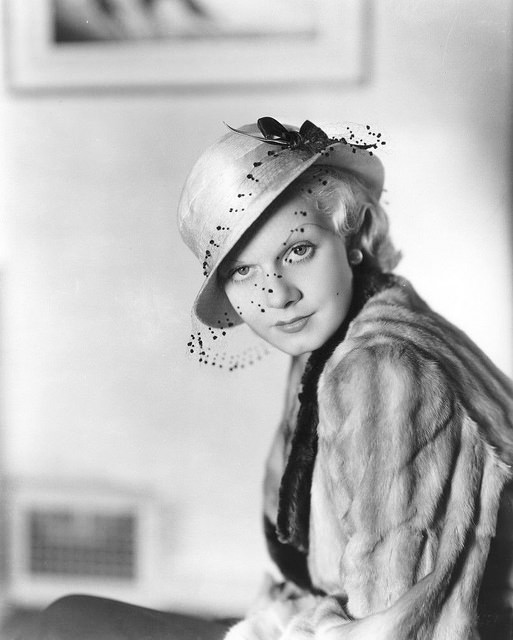 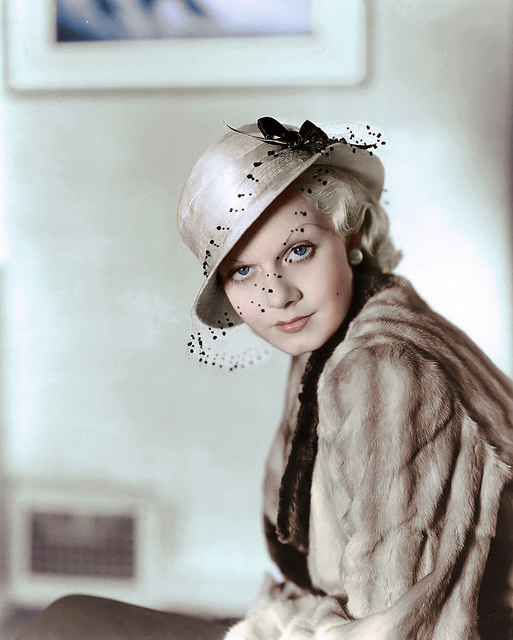 Harlow next attended the Ferry Hall School (now Lake Forest Academy) in Lake Forest, Illinois. Her mother had an ulterior motive for Harlean’s attendance there, as it was close to the Chicago home of her boyfriend, Marino Bello.Each freshman was paired with a “big sister” from the senior class, and Harlean’s big sister introduced her to 19-year-old Charles “Chuck” McGrew, heir to a large fortune, in the fall of 1926. Soon the two began to date, and then married.  On January 18, 1927, Jean Carpenter also married her partner Bello, although Harlean was not present.

Shortly after the wedding, the couple left Chicago and moved to Beverly Hills.McGrew turned 21 two months after the marriage and received part of his large inheritance. The couple moved to Los Angeles in 1928, settling into a home in Beverly Hills, where Harlean thrived as a wealthy socialite. McGrew hoped to distance Harlean from her mother with the move. Neither McGrew nor Harlean worked, and both, especially McGrew, were thought to drink heavily. The couple divorced in 1929

In late 1929, she was spotted by James Hall, an actor filming Howard Hughes’ Hell’s Angels. Hughes, reshooting most of the originally silent film with sound, needed an actress to replace Greta Nissen, who had a Norwegian accent that was considered to be undesirable for her character. Harlow made a test and got the part.

At MGM, Harlow was given superior movie roles to show off her looks and nascent comedic talent. Though Harlow’s screen persona changed dramatically during her career, one constant was her apparent sense of humor. In 1932, she starred in the comedy Red-Headed Woman, for which she received $1,250 a week. The film is often noted as being one of the few films in which Harlow did not appear with platinum blonde hair; she wore a red wig for the role.[28][33] She next starred in Red Dust, her second film with Clark Gable. Harlow and Gable worked well together and co-starred in a total of six films.[34] She was also paired multiple times withSpencer Tracy and William Powell. She was later paired with up-and-coming male co-stars such as Robert Taylor and Franchot Tone in an effort to boost their careers. 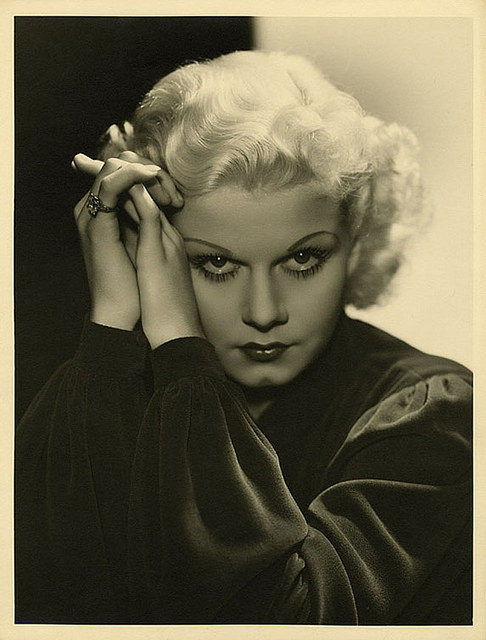 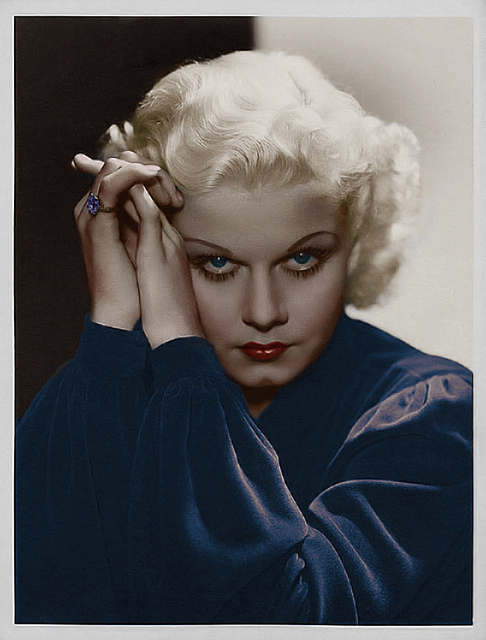 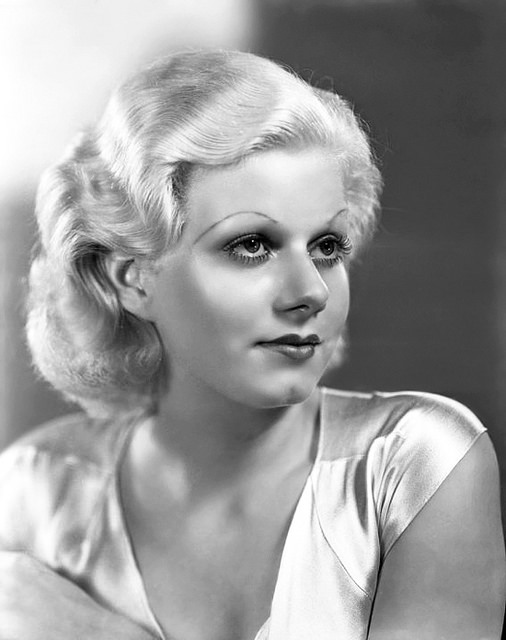 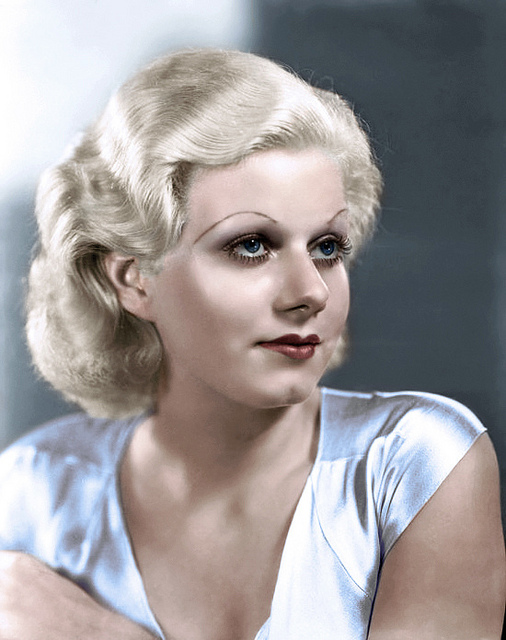 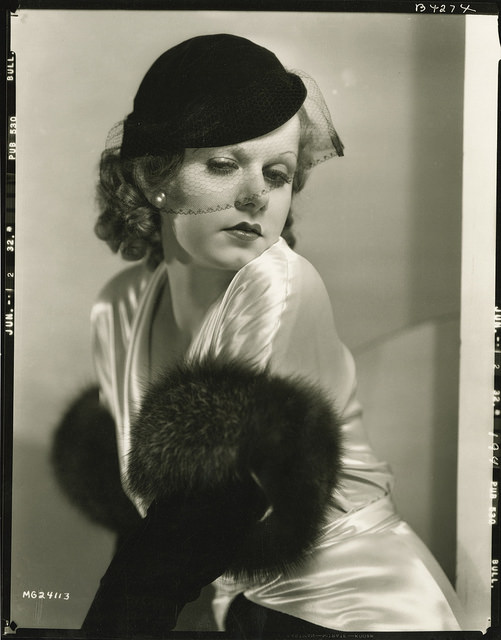 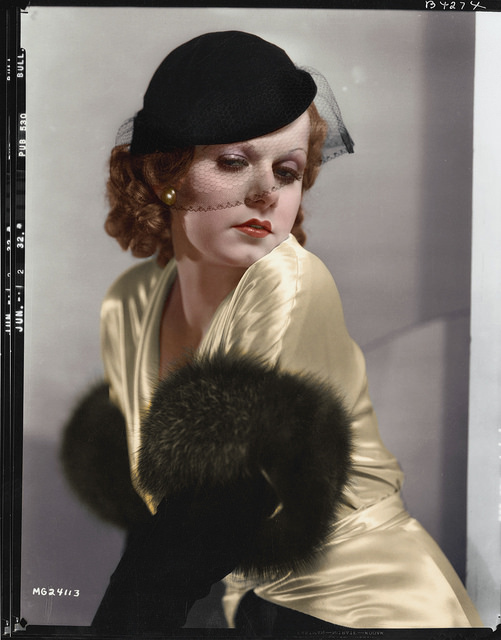 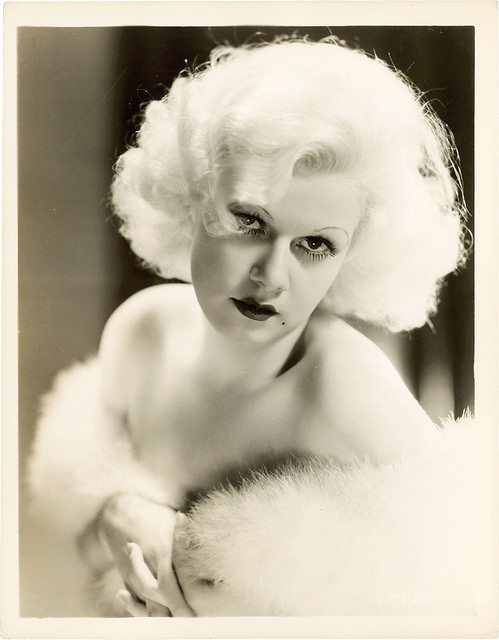 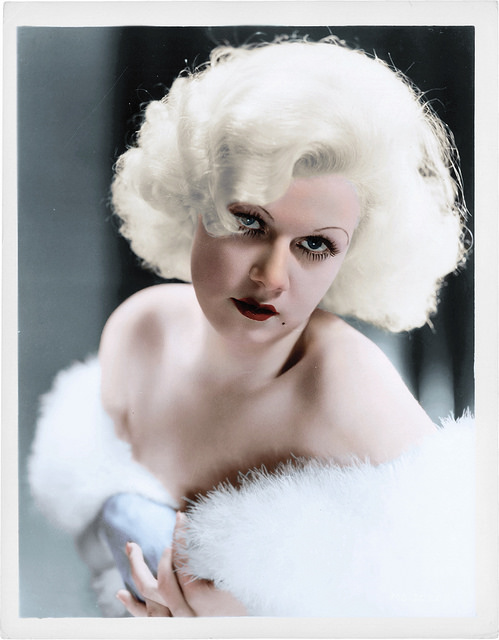 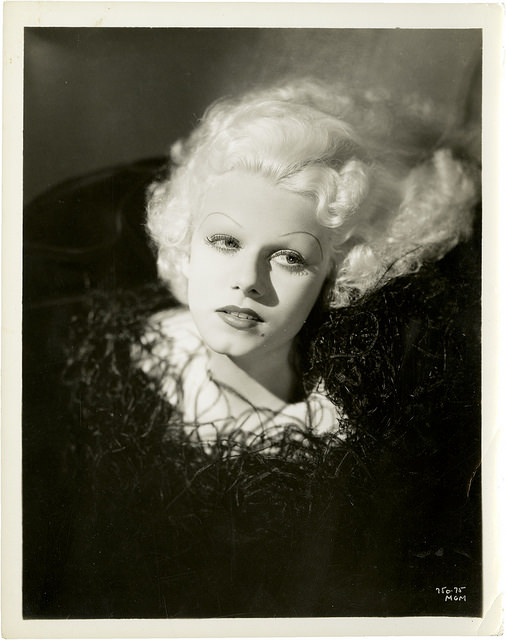 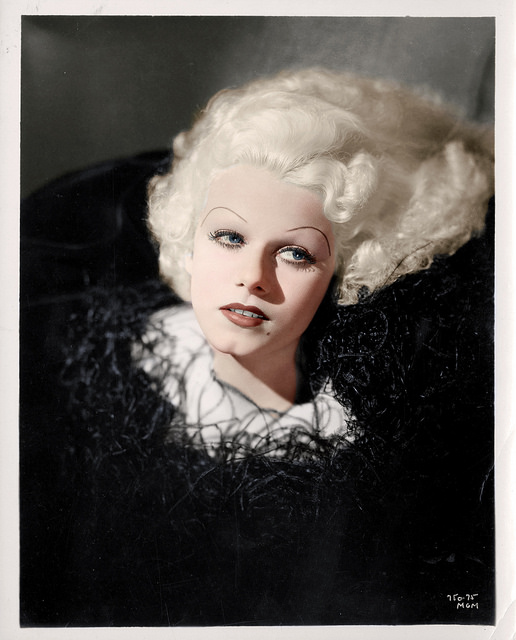 « Neanderthals Were Living On The Italian Peninsular 250,000 Years Ago. 100,000 Years Earlier Than It Was Thought
Surviving winter in the Middle Ages – Man spends 8 months living all alone in 10th Century conditions »