A ghost town is an abandoned village, town or city, usually one which contains substantial visible remains. A town often becomes a ghost town because the economic activity that supported it has failed, or due to natural or human-caused disasters such as floods, government actions, uncontrolled lawlessness, war, or nuclear disasters. The term can sometimes refer to cities, towns, and neighborhoods which are still populated, but significantly less so than in years past. Like any state, Iowa has its share of ghost towns too. 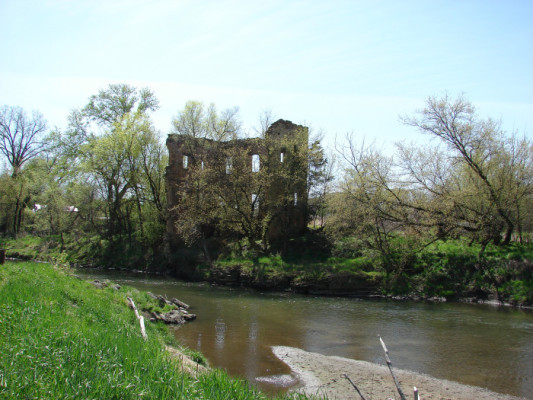 Looking more like a medieval castle along the Rhine River, this abandoned stone grist mill stands along the North Fork of the Maquoketa River at the site of the former town of Rockville, Iowa. source

Rockville is a former city in Delaware County, Iowa, United States, founded in 1845. Second only to Delhi, it was one of the oldest towns in Delaware County. The area served as an important trading point and included a sawmill, a gristmill, a blacksmith, hotel, and various stores. Today, the area is recognized simply as a rural area on the outskirts of Worthington. 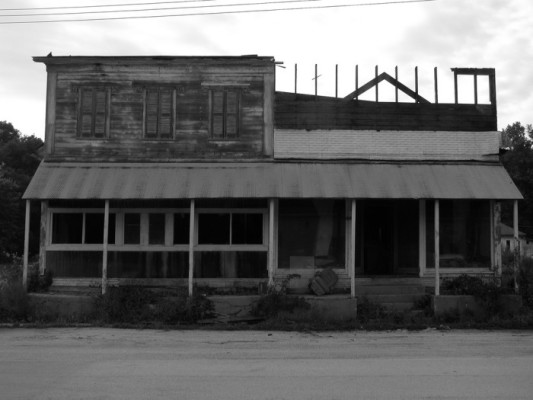 Elkport was laid out as a town in 1855. The population was 37 at the 2010 census, down from 88 at the 2000 census. The town was severely damaged by floods in May 2004. After the floods, all residents of the town chose federal buyout, selling their homes to the United States federal government for demolition. In September 2006, nearly all of the buildings of Elkport were demolished. 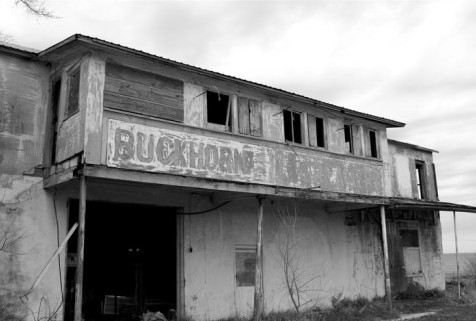 Old Buckhorn Creamery is next to Buckhorn and is located in Jackson County, Iowa, United States. source

Buckhorn is a ghost town, located in Jackson County just off of Highway 64. Some quick research reveals that it was a farmers’ cooperative founded early in the 20th century, and then was bought out by a large dairy in 1962. All that is left of it is a cemetery, an abandoned church, and this building, the old Buckhorn Creamery. 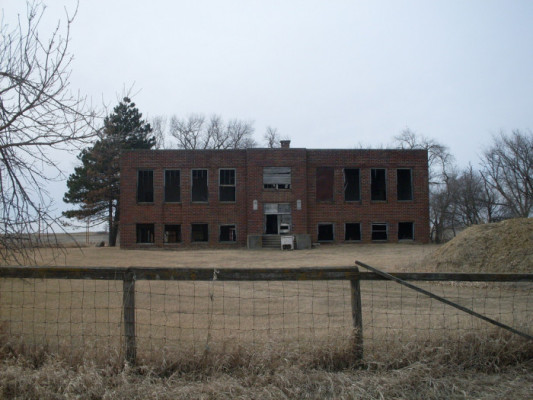 Located in Carroll County, this old ghost town used to be the county seat. The place grew slowly, as did the county, until the building of the Northwestern Railroad in 1867, and the laying out of Carroll. Most of the houses have been taken into the surrounding country, where they are used for stables or other out-houses. There are yet remaining a store, post office, blacksmith shop and a residence or two. 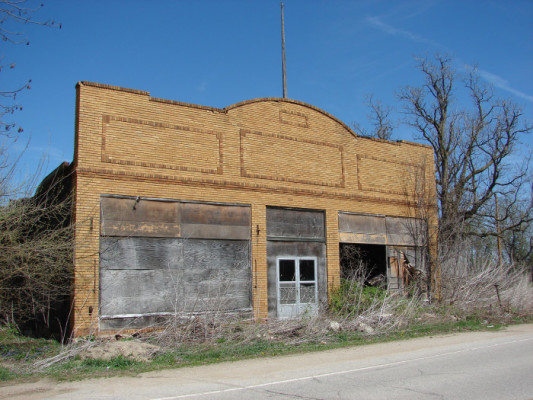 An old abandoned grocery store in the town of Sunbury, Iowa. source

Sunbury, Iowa, was a small town about 30 miles west of Davenport. The town was founded when the railroad was introduced into the area and the population is estimated to be 50 people. Sunbury was supported by small farms in the surrounding countryside; most were small, family farms that survived, due in large part because of the very fertile, loamy soil. The town had a small bank, the Sunbury Bank, in a brick building, but if failed during the Great Depression, and was left to decay, eventually being razed around 2014. 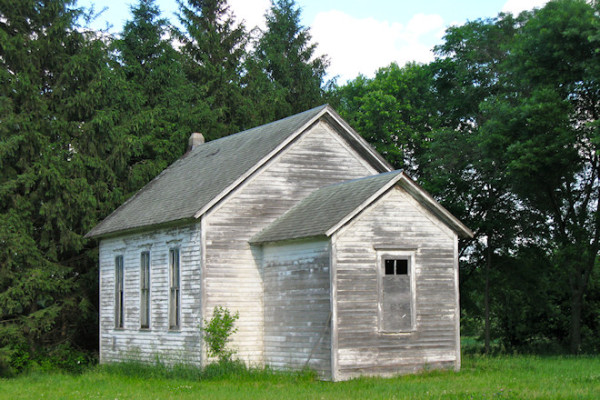 The pictured schoolhouse is among one of thirteen rural schools in the Corning school district that closed in 1960. source

Mount Etna is a town located somewhat near Lake Icaria. Now practically a ghost town, Mount Etna was once home to a post office, grocery store, and multiple churches. The former one-room schoolhouse is located in the once-bustling community of Mt. Etna in Adams County, Iowa. The schoolhouse is among one of thirteen rural schools in the Corning school district that closed in 1960. 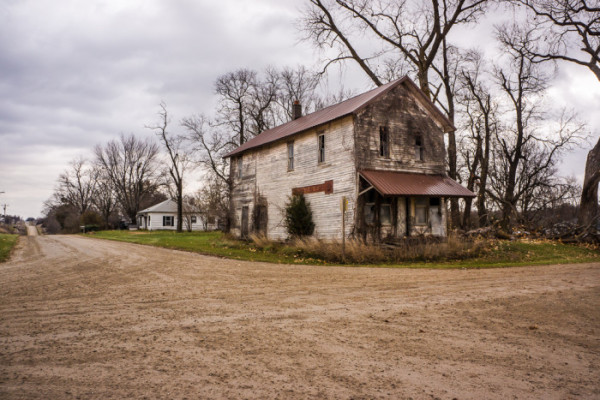 Stiles is a ghost town in Davis County. This town is no longer listed on the Iowa map. In 1858, the population of Stiles was one hundred people and the town boasted three stores, a grist mill, a blacksmith shop and sawmill, and two doctors who each had their own drug store. 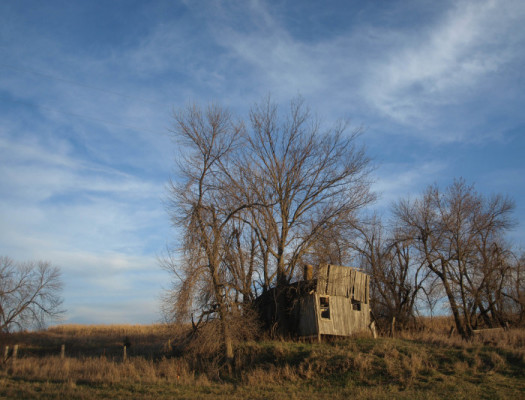 This was more than likely an old store, post office or stagecoach stop (maybe all of the above), located on Highway 92 in Adair County, Iowa between Winterset and Greenfield. source

What remains of Stanzel is now only a ghost town. There are only a few houses, one church, and one building. The decayed remains of the town can be located on Highway 92 in Adair County, between Winterset and Greenfield. 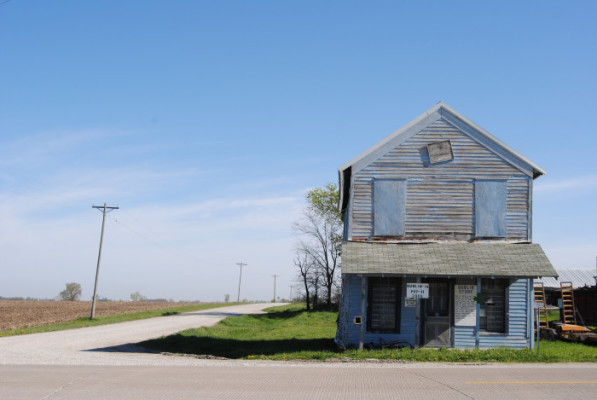 Not much remains of Dublin, Iowa. Once an Odd Fellows Lodge, this building was built in 1874 and the first floor served as a store from 1904 to 1969. The town boasted a blacksmith shop, cheese factory, glass factory, 2 other stores, post office, wagon shop, and its own cornet band. 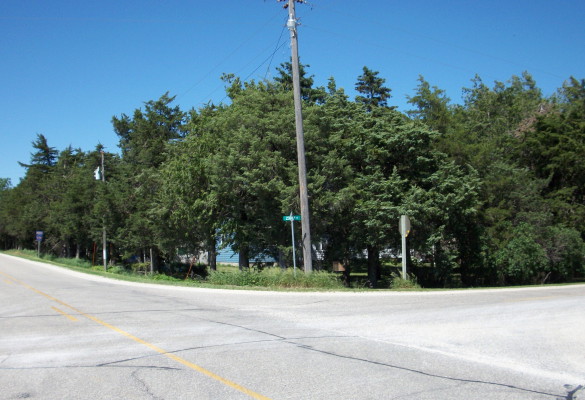 Unique, Iowa was a hamlet in Weaver Township, Humboldt County, Iowa, United States. Settlers began building in the area when it was believed that a railroad would pass through the marshland. The town contained a post office from April 1878 until September 1891. It was re-established April 1892 and discontinued permanently January 1902.

« TIME WARP: 39 images of recovered U-Boat U534
The Titanic versus the Lusitania: Comparing the Wreckage »