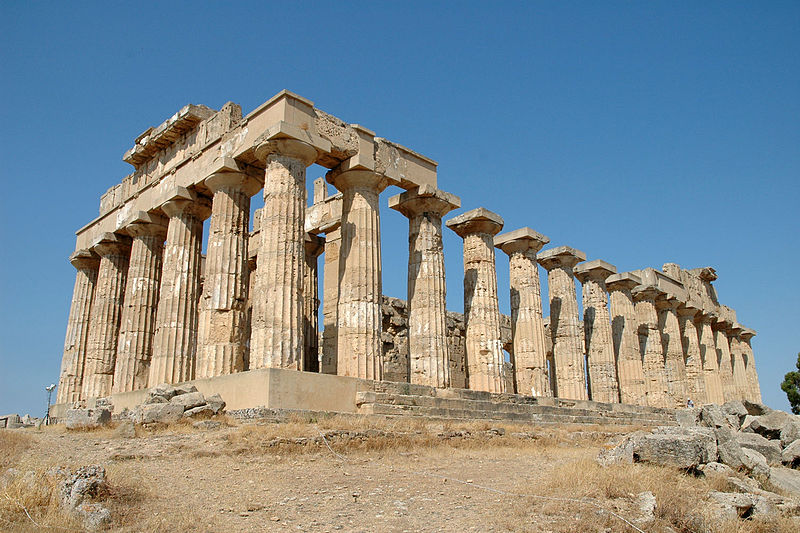 Sicily, Italy has held its secrets for thousands of years.  Many know of the ancient Greek city called Pompeii, where people trapped by a volcanic eruption were found encased in volcanic ash. The city of Selinunte was also inhabited by a Greek colony on the Mediterranean Island.  Selinunte was larger than Pompeii.  Archaeologists believe that Selinunte was 250 acres and Pompeii was 170 acres. The island was then invaded by North Africans in 5th century BC.  Many of the people who lived in Selinunte were either killed or enslaved, so everything that the people used slowly became covered by sand.

Many archaeologists still do not know much about the charred city.  But now, after 2,500 years, historians and archaeologists are finally getting somewhere.

Scientists have finally uncovered some of the bits and pieces from the colony.  What is interesting is that the items are almost perfectly preserved.  Now historians can study the artifacts and get an idea as to how the people lived.  Although the archaeologists were hoping to find a body or remains from the volcanic ash, they did not.  However, they did figure people tried fleeing but were killed or captured.

Some of the items the scientists found were half-eaten meals that were abandoned right before the volcano erupted or right before the invaders attacked. They found unfired pots that the potters left behind before being able to put them into the kiln. 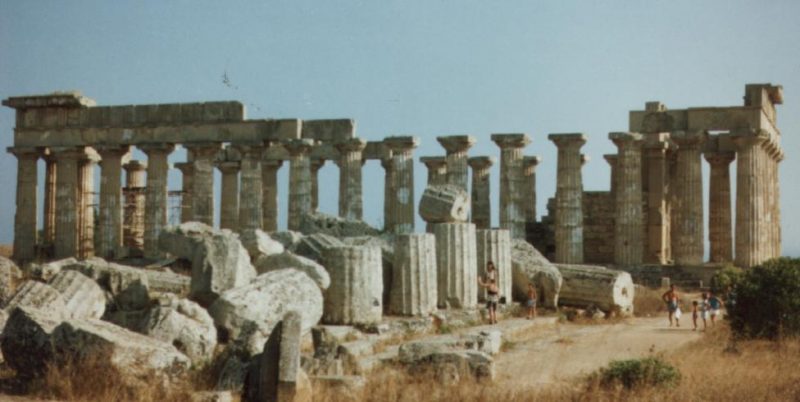 The Temple of Hera at Selinunte (Temple E). source

Archaeologists and scientists had put in 15 years uncovering the city.  Although they did not find any items until recently, they did map out the city’s streets, harbor, industrial zone, and a little over 2,500 abandoned houses. Although those discoveries don’t seem like much, this shows scientists that the Greek outposts were once very wealthy from trading.  The ruins also show how they did their trading and how it worked.  For example, different social ranks worked and lived together, which seems quite uncommon for the day and age.

One of the archaeologists, Professor Martin Bentz, says that Selinunte is the first and probably the only city that has been entirely preserved from the sand and ash.  This is a good thing for the scientists, as they are able to study the city more thoroughly.  He says it will help him and his team learn exactly how the city functioned. 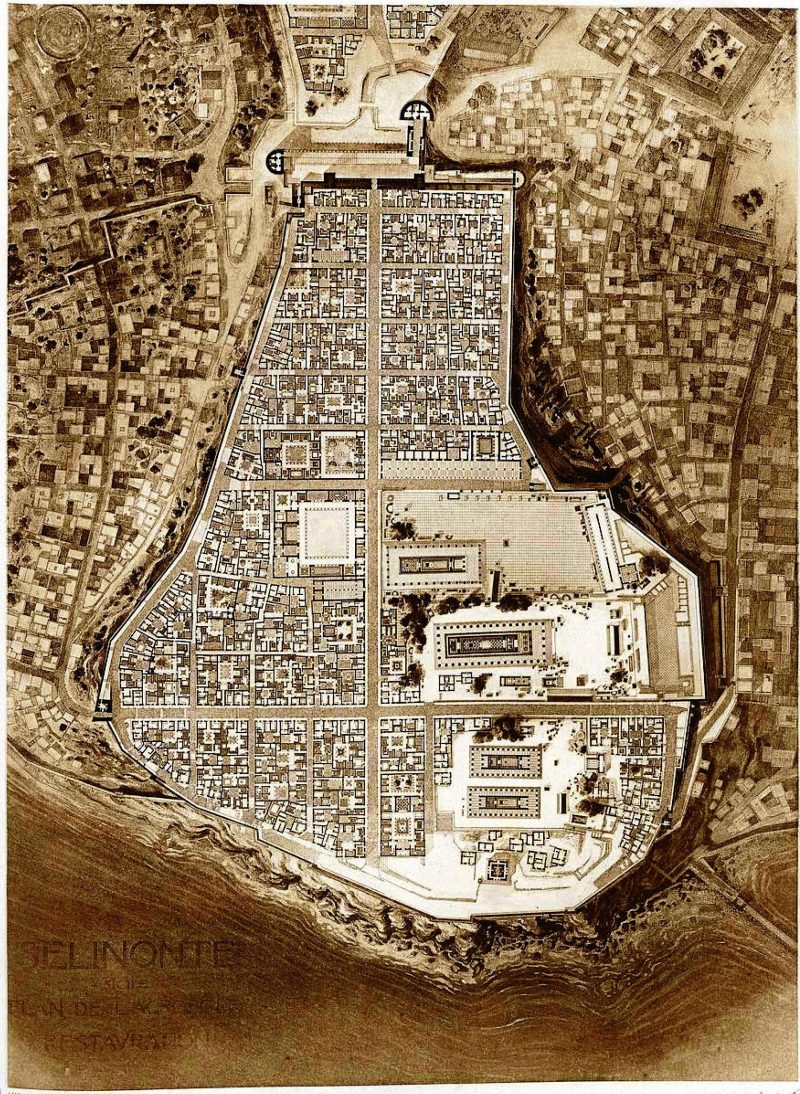 Plan of the ancient city

Other items and pieces found in the excavation were 80 kilns and workshops, pot making equipment, and even fully preserved pigments that had been used to decorate the pots.  These same workshops not only were used for making pots, but they were also used to make clay roof tiles and food containers.  With items like these, the archaeologists were able to tell just how prosperous the trading post was.  This city had produced unique items that would have sold well in other countries.

Archaeologists believe that the potters had a very important role in the city.  They say they have found a chapel that had been devoted to them, where people worshiped the working class god Artemis.  They also worshiped the goddess of fertility, Demeter, and the king of gods, Zeus.

What historians and scientists believe is that the city went from successful and thriving one day to complete abandonment the next, due to the advance of Carthaginian troops.  The troops breached the walls of the city and killed 16,000 people.  Almost 5,000 more were taken as slaves.  This left the 19,000-people town a complete ghost town in merely one day.

Although the city had 19,000 people, only a handful of those who were extremely successful are known to historians.  How do they know? Some of the potters’ names and owners’ names are scratched into the bottom of cups and pottery.

The archaeologists are hoping to move onto the harbor for their next excavation.  They are going to use geophysical survey techniques; hopefully they can find where warehouses would have been near the harbor.  Perhaps more items will be found inside.

Other imported artifacts that were found in the preserves were pottery, glass, and bronze items from Egypt, Turkey, France, and Italy.  Historians believe that Selinunte’s main export would have been pottery.  Nearly 300,000 vessels and tiles would be made yearly in the fall months.  Larger vessels are believed to have transported wheat and olive oil as well as the pottery.

If the archaeologists are able to arrange an extension to the excavation, they hope that they will be able to examine outlying cities to find out which cities traded with each other.