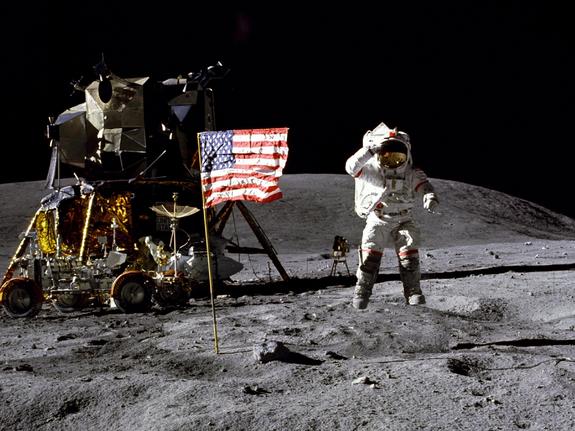 Since America’s first trip to the moon, astronauts have brought back over 500 mineral samples, most of which came from the Apollo missions.  Now we find many of those samples have either been misplaced or stolen.

Rock, soil, and dust samples were lent to museums, schools, and research labs.  There is, however, insufficient record of the loans, which makes them harder to track. NASA hopes to recover much of the unaccounted-for materials and replace the current policy with a better inventory system, more secure storage, and a better-documented return policy.  There will also be stricter guidelines for borrowing the materials in the first place. 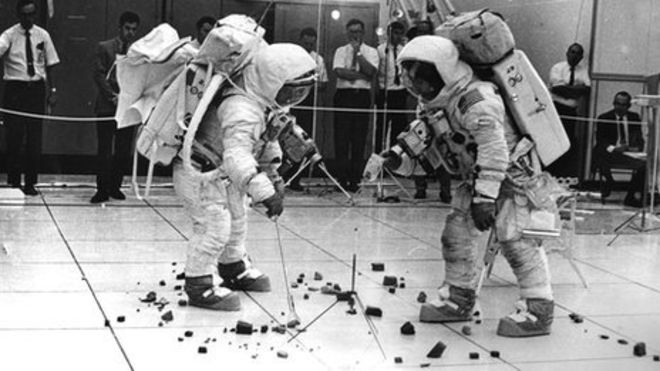 Inspector Paul K. Martin says that astromaterials brought back from the Apollo missions have been lost or stolen since the 1970s.  Nearly 516 rocks are still missing, including 18 lunar samples that were lost by one researcher alone in 2010.  Another 218 lunar and meteorite samples were stolen from a researcher at NASA’s Johnson Space Center in 2002.  Thankfully, those were recovered. No account can be given for lunar materials that could have been lost, but were never documented.  An office in NASA audited nearly 59 researchers who had been working with the samples.  Eleven of those (19%) couldn’t locate any of the samples they borrowed.

Another office in Houston, Texas, Astromaterials Acquisition and Curation Office at the Johnson Space Center, has found records pertaining to information on hundreds of samples.  Those samples have been lost, completely no longer exist, or even worse.  Many of the researchers working on the samples have died, relocated, or retired and either no longer know where those samples are or never left information that they even had the samples.  Some materials may have been kept for souvenirs.

One of Martin’s notes stated that he and the Curation Office are not even sure these samples were even used for research at all.  He says he knows of one researcher who had borrowed a sample over 35 years ago and never once conducted any research on it. 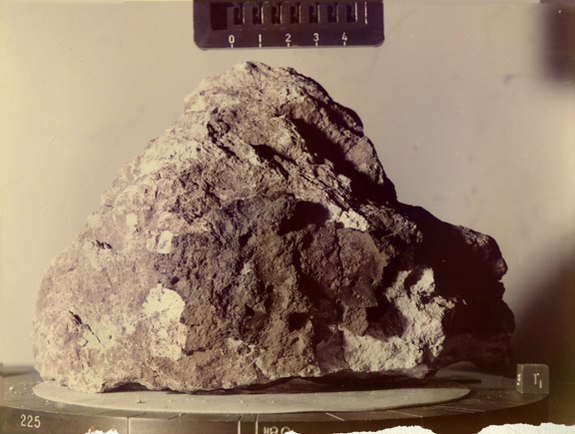 Lunar sample 60025. Apollo 16 astronauts collected this sample in 1972 while on the fifth moon mission — the first mission to sample the lunar highlands
Credit: NASA

Unfortunately, a lot of damage has been caused over the years that can’t be fixed.  However, NASA plans to try to prevent these mistakes in the future by modifying the loan agreements and the procedures behind lending out and assuring the return of the materials.

While the numbers of missing samples seem high, one NASA spokesman said online that NASA has over 26,000 samples on loan, so the percentage of unaccounted-for materials is low.  But, at the same time, it is never acceptable for the agency to lose its precious collections, even though its understandable, with research samples spread around worldwide, that some of those may be misplaced.  It is an issue that shouldn’t be ignored.  No matter how many samples NASA has, their loss sets a poor example and shows the public just how irresponsible NASA and its record-keeping can be.

Another spokesman, Robert Pearlman, says that the reason why some of those researchers may have misplaced those samples is due to all of the time that has elapsed since the first Apollo missions.  Over the past four decades, the whole idea of traveling to the moon has lost its excitement.  It is just another thing technology has allowed humans to do, and the awesome nature of the missions and the materials brought back from them is lost on people nowadays.

During 1969 through 1972, 12 astronauts had landed on the moon during the Apollo program.  During those six trips, the astronauts brought back 842 pounds of rock and soil from the moon.  Those samples, as well as other scientific materials, are almost all out on loan.  Some of the places NASA has loaned those samples to include museums, researchers, educators, and scientific institutions worldwide.  The samples include moon rocks, meteorites, and even comet dust. The Astromaterials Acquisition and Curation Office keeps over 140,000 lunar samples, 18,000 meteorite samples, and 5,000 solar wind, comet, and cosmic dust samples. 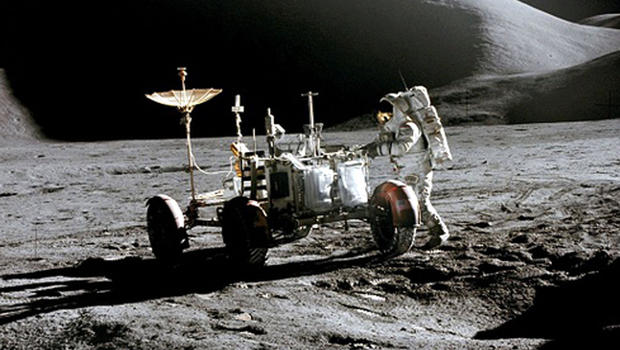 Another NASA spokesman, Dwayne Brown, says that NASA is in charge of not only protecting those samples, but also sharing the information and the samples to better the education of people worldwide.  The reason they lend out so many samples is because knowledge is key and much can be learned about the moon and the Earth from research on these materials.  However, they will change the loan and inventory procedures to keep the samples safe.  The task is extensive – in March 2011 alone, there were over 26,000 samples loaned to individuals and institutions.

« Top ten amazing Irish Americans of all time
Teddy Boys were the Dandies of the 1950s- The British subculture, inspired by the Edwardian Era »