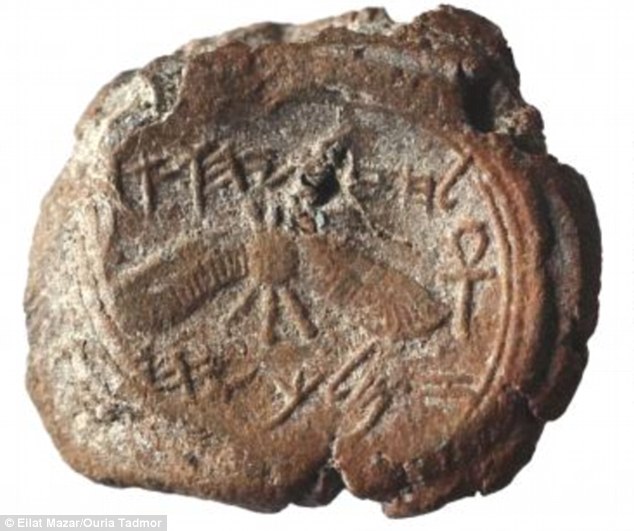 Over the years many pieces of art or ancient artifacts have been mistaken as garbage or junk and simply tossed into the trash.

Although it is small and barely the size of a penny, a 2,700-year-old royal clay seal has been found in an excavation site.  It is believed to have the mark of the biblical King Hezekiah imprinted on it.  The seal was found in an ancient trash dump that actually dates back to the time of King Hezekiah, who lived between 727 BC and 698 BC.

The seal resembles an oval and has a sun and two wings, along with the Egyptian hieroglyphics depicting “life” on it.  In the bible and stories, it is believed that King Hezekiah was responsible for the rise of power in the Kingdom of Judah.  Historians and archaeologists believe that the clay seal might have been on a papyrus document, along with ties and cords on the rolled document, used by Hezekiah.  There are imprints on the back of the clay seal that could indicate where the seal once rested against the ties.

Although the seal is small, archaeologists believe that it is the first piece of a royal artifact found in an excavation.  There are other seals that have been found, but this particular one is significant because it’s the only one certain to have belonged to the king.  Archaeologists think the seal can help shed light on the role of the Kingdom of Judah, especially during the rule of King Hezekiah.  According to the Bible, Judah emerged from under the rule of the Assyrian empire under Hezekiah and after several battles, including the siege of Jerusalem.  Hezekiah then allied himself with Egypt, which may explain the presence of the ankh symbol on this seal.  Judah then went on to become the most powerful states between Egypt and Assyria. 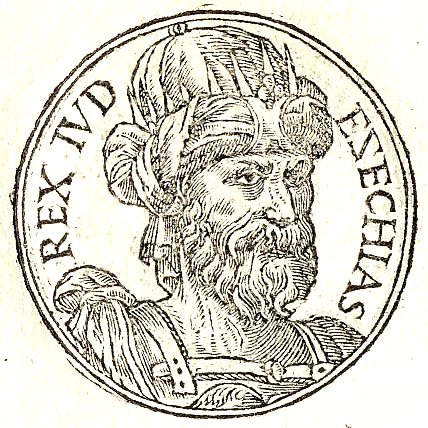 The seal was found with 33 others that bore Hebrew names.  Some of the other seals had either fabric or cord marks.  Archaeologists suggest that the seals with fabric attached could have been placed on burlap or cloth sacks holding food.  Before King Hezekiah was so powerful he had a different seal, one denoting a scarab beetle.  The presence of the winged sun leads some to believe the seal was from the latter part of the king’s reign.  Possibly he had changed the image for his seal to deflect the Assyrian influence in the kingdom and to emphasize his political sovereignty.  Other researchers believe that he decided to change it after recovering from a devastating illness, as told in the Bible.

One archaeologist, Dr. Mazar, says that the finding of the seal in the exact area where King Hezekiah reigned brings the stories in the Bible to life and support their accuracy.  She also said that the seals were very popular in auctions during the 1990s, some bearing the dung beetle and some with the winged sun.  However, this was the first time that the seal impression of the Israelite or Judean king had ever been found in an actual excavation.

King Hezekiah is thought to have been one of the greatest kings to rule Judah.  He took the throne at 25 years of age after his father, King Ahaz, died.  On the death of Assyrian King Sargon II, Hezekiah took that opportunity to throw off the subservience of Sargon’s kingdom and forged an alliance with Egypt.  Sargon’s son, Sennacherib, attempted to suppress King Hezekiah’s rebellion, which culminated in the siege of Jerusalem.  It is thought that Hezekiah’s reign brought a significant increase of Judaen power to the region.

« These vintage photos of The French Popular Front from 1936-1938 will blow you away
The People of Ellis Island- Vintage photos of immigrants arriving in the U.S.A from the early 1900s »