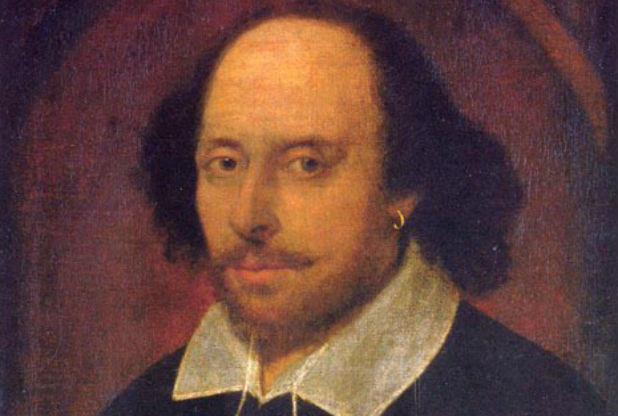 Archaeologists who have a particular interest in Shakespeare’s life have found what could be the Bard’s kitchen and brew house.  Throughout the dig, they have uncovered a fridge, oven, and even a watering well.  The area that is being excavated is at New Place, Stratford, Warks.

One of the archaeologists working on the site said that they even found bits and pieces of Shakespeare’s cookware.  This could be a very significant find if this truly is the house where Shakespeare wrote 26 of his plays.  When Shakespeare first bought his house, he had finally been recognized as a playwright.  He bought the house in 1597 and lived in it for 19 years until he died.  It is said that he wrote his plays in that house while living with this wife, Anne, and their three children.  One of those plays included one of his most popular ones, The Tempest.

After the discovery of the site, it was decided that New Place would be turned into an official heritage landmark by the Shakespeare Birthplace Trust.

The findings at the site give archaeologists a whole new look into Shakespeare’s world.  They found a fire hearth oven and a cold storage pit fridge.  While many people only know Shakespeare as a playwright and for only his literature, this site should shed new light on his everyday life.

One archaeologist said that once the team was able to uncover the kitchen, they were able to see just how big New Place was, and how it was all laid out at one point in time.  Also, after discovering where the cooking areas, brew house, pantry and cold storage pit stood, archaeologists were able to see that New Place was considered a house for the higher society.  Although it was a working home, it was a house of high social status.

Shakespeare was a man of several different talents.  While society saw him as a richer, smarter man, he was also a country gentleman as well.  The lead archaeologist said that the other findings that were about Shakespeare revealed some of the richer parts of his lifestyle.  This is a significant find and truly shows Shakespeare’s life outside of his fame in the theater.

Historians believe that Shakespeare bought New Place for 60,000 pounds; at the time, a teacher’s salary was only worth 20,000 pounds.  They also believe that the house had nearly 20 rooms, 10 fireplaces, and a gallery and Great Chamber.  It’s believed that Shakespeare had such a great house in order to keep up with what society thought of his fame.

Because New Place has been designated a historical site, the kitchen artifacts that were found were all reburied until a new construction plan is written up.  The excavation site is in the hands of a Trust and they will be sure to protect the historical flavor of the site.  One archaeologist said that after the construction begins, it is not all just about what is above ground, but what will be underground.  There will be history under layers of the earth and they will remain untouched, remaining as they were hundreds of years ago.

Although there won’t be any artifacts to display, there will be recorded documents of what was found, to be made public and to ensure New Place’s part in history.  The new building and site will be opened on the anniversary of Shakespeare’s death.  Visitors will be able to stand where all of Shakespeare’s family once stood.  In the mere 19 years he owned New Place, he was able to write 26 plays.

« The People of Ellis Island- Vintage photos of immigrants arriving in the U.S.A from the early 1900s
Incredibly rare historic footage of San Francisco Earthquake in 1906 »