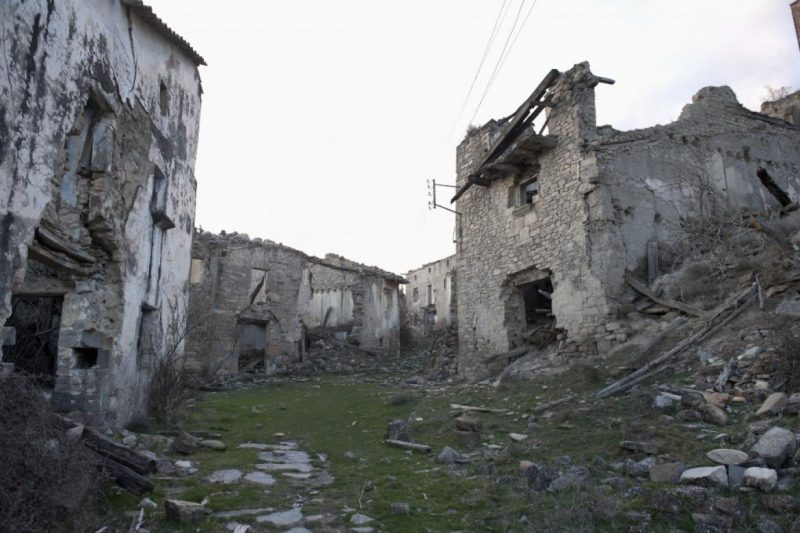 The elderly Spanish lady stood on the narrow cobblestone street, looking at a simple stone house in front of her.  She was dressed all in black and had her grey hair neatly tied up in a bun.  She had sturdy, sensible shoes on her feet and tears on her cheeks.  She was leaving the house that she had lived in all her life, where her children had been born, and where the memories of generations of her family were invested.

The village was probably built around the time that the Spanish Armada was defeated by Sir Francis Drake in 1588.  The inhabitants of this little piece of paradise have lived through the Anglo-Spanish War, the rise and fall and rise again of the Spanish Monarchy, the Spanish Civil War, the rise and fall of Franco, two world wars, the advent of the European Union, and Barcelona hosting the Summer Olympics.  They have farmed cereals, kept herds of animals, lived, loved, fought, and died. Their bodies lie in the local village cemetery. But now, after standing tall against everything the past half century has thrown at them, the failing economic climate in the past ten years has forced them into retreat.

Across the Spanish countryside there are many similar little villages where the houses stand empty, and “for sale” signs abound on the village green.  First to leave the village were the young people – no longer could the economy of the surrounding countryside support them. Next to go were the young couples, as because of insufficient work they moved to cities to find employment.  With the dearth of customers, the shops closed and soon all that were left was the elderly.  Now, even they are forced to retreat as there are no medical facilities close by, no shopping facilities close by, no transport; all has closed down as there were few customers to use them.   Children are insisting that their parents move closer to larger centers to get the care they need; the picture of a sad old lady bidding farewell to her house is all too familiar. 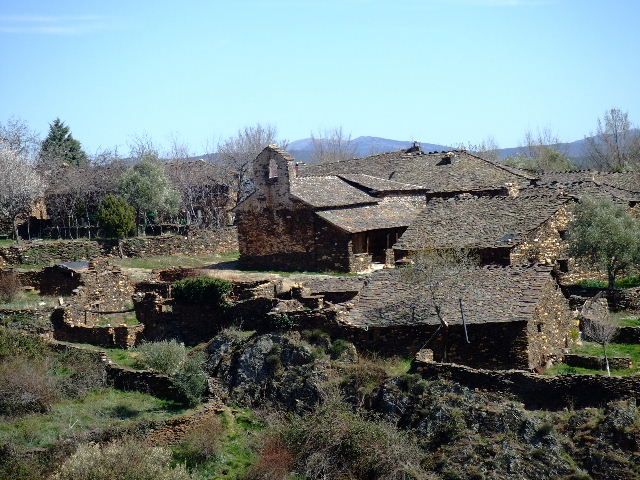 Across the Spanish countryside there are many similar little villages where the houses stand empty. source

Now, there is a new sound in the narrow cobblestone villages.  The new wealthy from all over Europe are discovering these abandoned villages, and the property developers are stepping in.  In come cement mixers, designer baths, marble counter tops, metallic stoves and fridges, and all the trappings of a wealthy, modern society.  The little houses are dressed up, new roofs are erected, electricity and water are installed, and inside all is renovated for the new owners.

The tradition and history of the village is diluted –  the cottage is either sold to someone from a member EU state or the little stone house is now a part of a holiday camp.  The people that live there do not have the deep roots that our little old lady had; they barely hold onto the surface.  No longer does the cobbled street ring with the sound of boots and animal hooves, but of flip flops and expensive bicycles.  Now, instead of farms there are hiking and mountain biking trails in the beautiful countryside. If there is an old olive grove then perhaps a cooking school is opened and students press their own olive oil, and if the beaches are close by then sea side holidays for families are for sale. 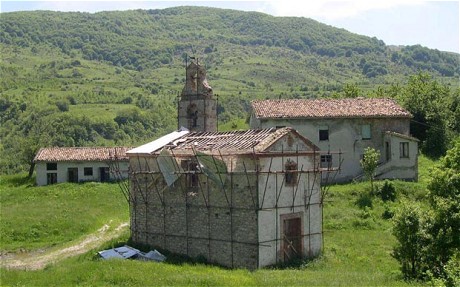 First to leave the village were the young people – no longer could the economy of the surrounding countryside support them. source

It is well know that the only constant in life is change and this is a lesson well understood in the Spanish countryside.  These tough, resilient people have stood firm against many storms, and now a storm has come along against which they have no defense but retreat, and so they have retreated.  Circumstances may have forced them out of their little stone houses, but it has not removed the little stone house from their souls. One day the descendants of these people may once again realize the value of these little villages, and will return them to the ownership of their families.  When that happens, both home and family will find their little piece of heaven on earth, but they will find it expensive to turn out the invaders that have taken up in the villages.

« Rare footage of Audrey Hepburn dancing in the movie “Secret People” made in 1952.
La Vie En Rose: 20 photos depict the everyday life in France in the early 1930s »