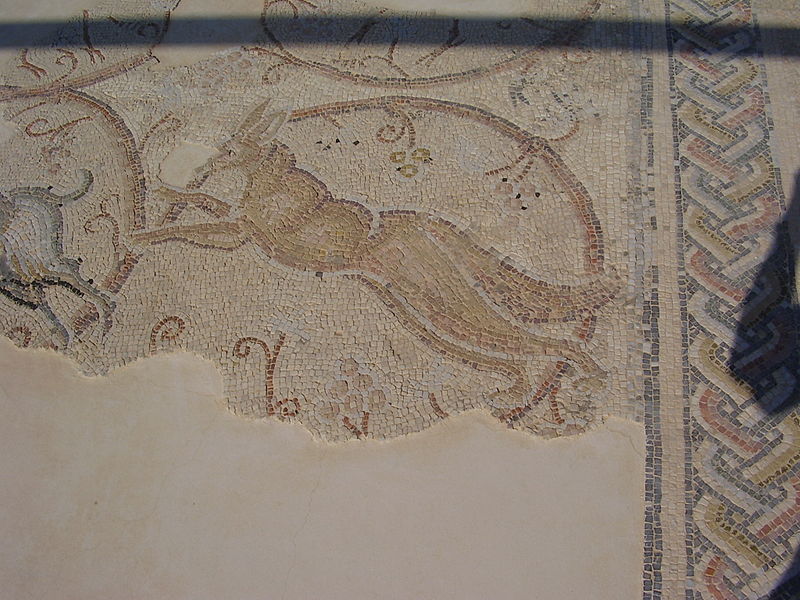 A man who lives in Gaza has taken up a special trade that nobody has seen or heard of before.  Nafez Abed took a special interest in ancient artifacts and has since re-created thousands of replicas for sale.  Abed has taught himself the trades of archaeology, and works on the preservation and restoration of the pieces he recreates.

Abed takes a particular interest in the Byzantine patterns of the Greek and Roman periods.  He has filled his small workroom to the top with sculptures and mosaics considered replications of Middle Eastern antiquity.

When he decided to take up this trade full time, he had to choose either finishing his home or working on his pottery.  He chose the pottery.  He is constantly at work in his studio, which is built on the roof of his home.  While his studio has been completely built, his house still needs finishing.  There are no windows – he uses plastic to keep the rain from the Mediterranean out of his home.

Abed has given his studio the name of The Museum of Mosaics and, along with his unfinished pieces, there are several finished works display throughout the small studio.  In the middle of the room is a statue of Alexander the Great.  Many visitors have said that it looks exactly like the original and appears as if it had been built in 300 BC.  Along with the statue are oil lamps and copies of coins that appear to have been made nearly 2,500 years ago. 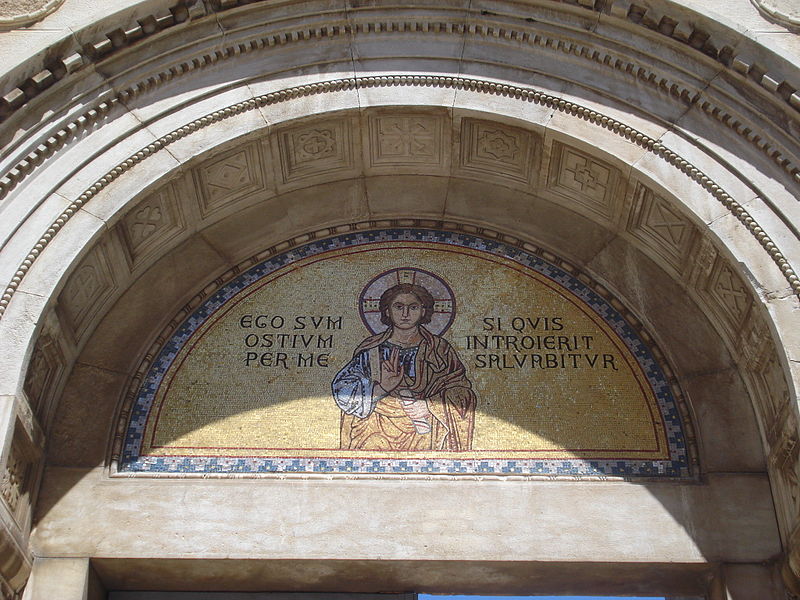 Abed said that before he picked up his trade, he was trained as a blacksmith.  He has been working on his replicas for more than 30 years.  He says he dedicates more than 10 hours a day to work on his projects.  He gives his father most of the credit for his trade, saying that his father always talked about the history of Gaza and where the Biblical hero Samson lived.  That is when he fell in love with history and artifacts.

Along with his interest in recreating artifacts, Abed frequently combs the beaches of Gaza for any items that may have washed up.  Once in a while he is successful and recreates the pieces he finds.  He even restores the pieces if they are somewhat whole; otherwise he uses bits and pieces of clay in the reproduction of the pieces.

Abed is so driven that he reads archaeology books in Arabic and English and has studied certain techniques for his restoration process.  If a person were not an expert on the Byzantine art, they would think Abed’s pieces were authentic.  He even noted that some scientists who were familiar with that type of art believed the pieces were real.

As Abed’s pieces gained more popularity, he was appointed the job of Deputy Director of Rehabilitation at the Palestinian Ministry of Archaeology in 1995.  He was also put in charge of the mosaic department.

Although he never had a degree in archaeology, he was still part of many dig sites.  He traveled to Jericho and Jenin, and worked with Italian and Dutch experts at several digging sites.  He was even asked by the Louvre and museums in Arles and Geneva to help with restorations.

He was offered a job at one of the museums he helped, but he turned it down.  Since then, Gaza has been seized by an Islamist group, making it harder for people living there to travel, and restricting Abed in helping with other restorations.  There have also been restrictions on imports that have affected his work.

Many of the people of Gaza cannot afford the Abed’s works, however, several hotels in the area have purchased his art pieces as decorations.  However, even with the wealthy to buy his works, he is still not making as much money as he once was.  He said he once had many people all over the world visiting him for certain pieces.  Consuls, ambassadors, international businessman, and others came to him to see his work.  However, now with the Islamist group having control over Gaza and the strict rules that have been imposed, these visitors have stopped coming.

Thousands of years ago, Gaza was one of the main trading ports for Egyptians, Philistines, Romans, and even Crusaders.  It is said that beneath the sands of Gaza lie the ruins from Alexander the Great’s siege of the city, Emperor Hadrian’s visit, the Mongol raids, and the arrival of the Islamic armies nearly 1,400 years ago.  Besides the visits and the raids, Napoleon and the Ottomans camped in Gaza, and British armies passed through this historic area during WWI.

« “Roundhay Garden Scene” recorded in 1888, is believed to be the oldest surviving film in existence
The women who took care of farming during WWII-Interesting photos show the lives of the Womens Land Army during wartime »