Gadget labeling level – Batman! How Batman labeled his gadgets in the television series of the 1960s

Batman is a 1960s American live action television series, based on the DC comic book character of the same name. It starred Adam West as Batman and Burt Ward as Robin — two crime-fighting heroes who defend Gotham City. It aired on the ABC network for three seasons from January 12, 1966, to March 14, 1968. The show was aired twice weekly for its first two seasons and weekly for the third, with a total of 120 episodes produced during its run. The show quickly became a huge success with audiences and transformed West and Ward into modern pop culture icons.

Perhaps no other costumed crime fighter claims all the weapons, tools, and gadgets that DC Comics’ Batman possesses. During the 1950s and 1960s, Batman developed a line of gliding and scaling accessories for accessing Gotham and his gadgets have evolved through the years depending on the creativity of artist or the director of a certain batman feature.

The Batmobile may be cool, but no other Batman gadget is more useful than the Batman Utility Belt. It’s where Batman keeps his portable gadgets and tools like the deadly Batarang which is a tailor-made boomerang type of weapon that can be modified to suit every villain. The Batrope, on the other hand, allows Batman to scale and swing from tall buildings. In the series, Batman has an arsenal that includes such “bat-” names as bat-scanner, bat-radar, bat-cuffs, bat-pontoons, bat-drinking water dispenser, bat-camera with polarized bat-filter, bat-shark repellent bat-spray, bat-ladder, and bat-rope. Other Bat-gadgets created by Batman over the years include the entangling Bat-bolo; the Bat-poon, a harpoon with Bat-rope attached; Bat-grenades; and a Bat glass cutter. Bat-darts were also a favorite accessory of the Dark Knight in the late 1950s and, like other items in Batman’s arsenal, come and go as needed.

The live-action Batman TV series featured the Batcave extensively, and portrayed it as a large but well-lit cavern containing an atomic power generator, a chemistry lab, punch-card computers, and other electronic crime-fighting devices, almost always prominently labeled with their function. The Batcave also houses the BatComputer which allows Batman to solve crime and monitor crime activity in Gotham. The Batcomputer was first introduced in the comics in 1964 but made it’s first onscreen appearance on the 1966 show.

Perhaps the most famous aspect of this Batcave is that it is accessed from Wayne Manor via two Bat-Poles (one marked BRUCE and the other marked DICK), which are hidden behind a bookcase that can be opened by turning a switch hidden inside a bust of Shakespeare. The show also had a penchant for labeling, well, almost everything. Even the show’s villains got into the swing of things, labeling-wise, thoughtfully identifying the unspeakably horrible devices they planned to use on Batman. Super bat-fan, Aaron Reynolds has created the Bat Labels Tumblr, dedicated entirely to collecting the labels on everything in the Batman TV series. Here are some of his captures… 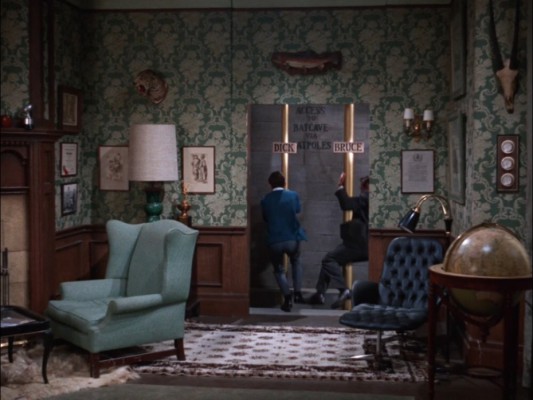 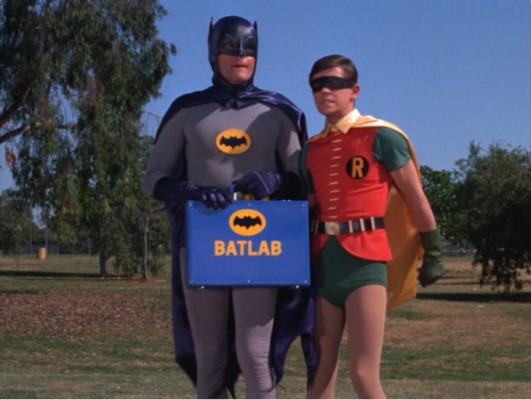 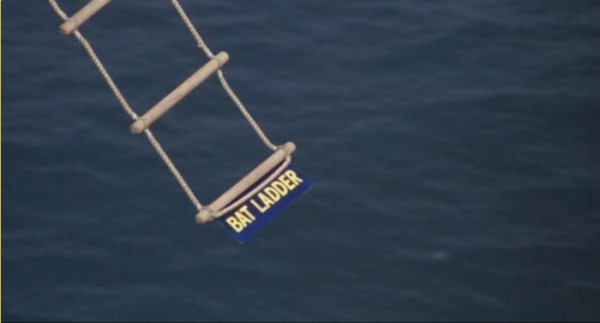 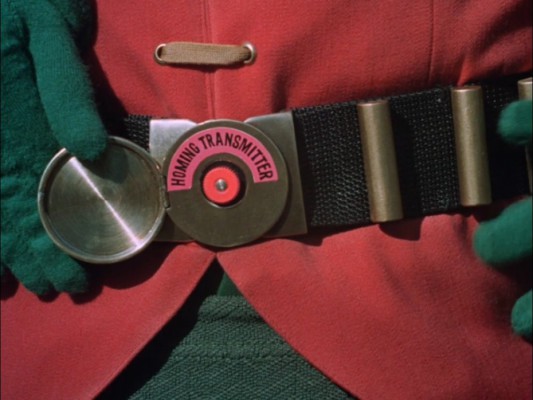 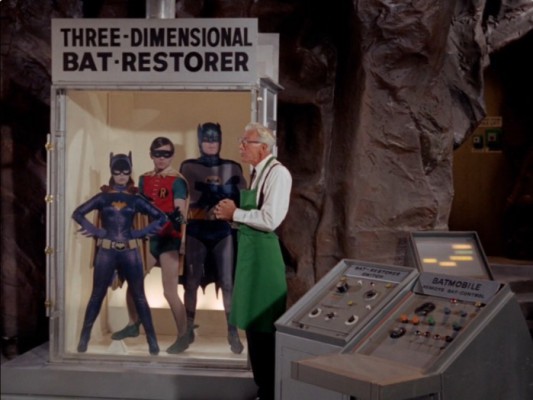 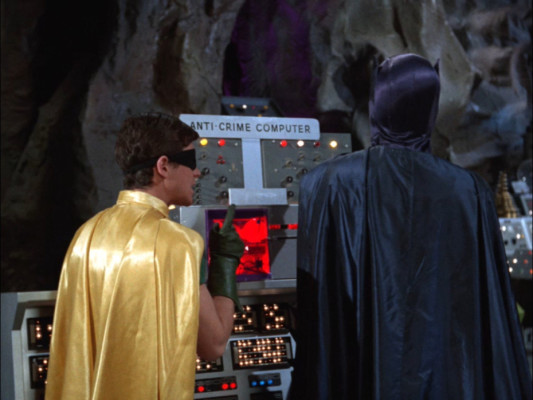 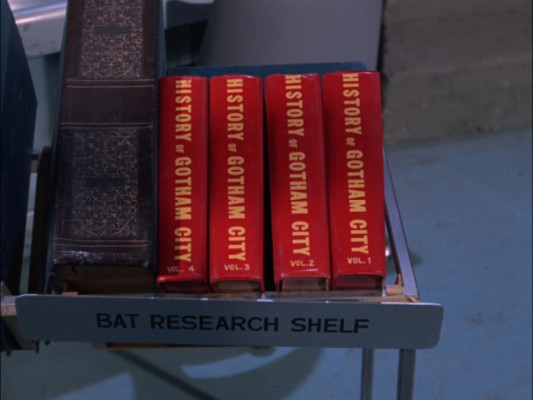 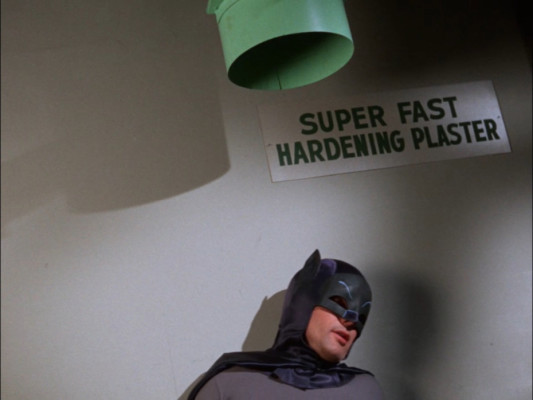 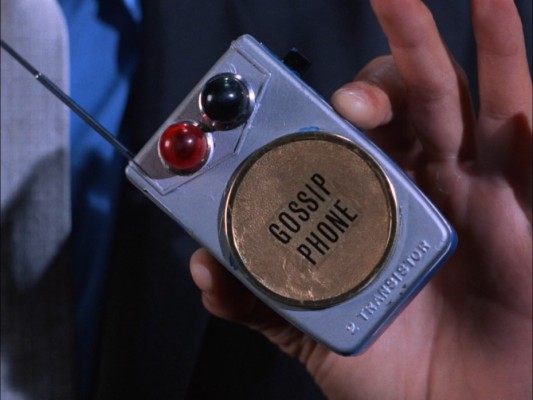 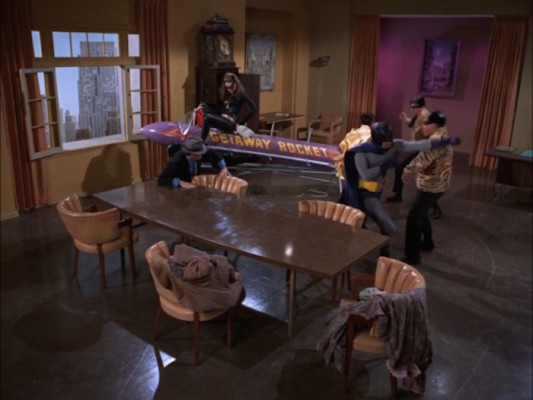 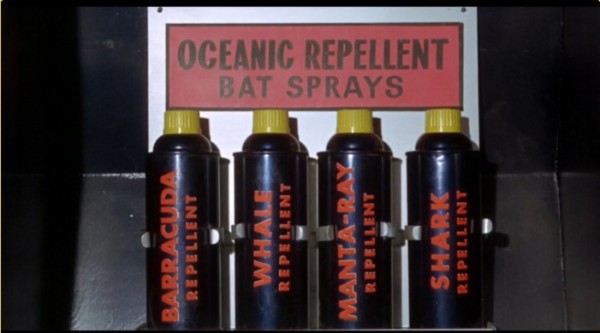 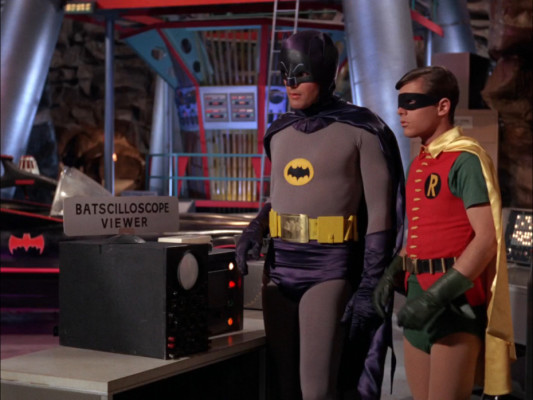 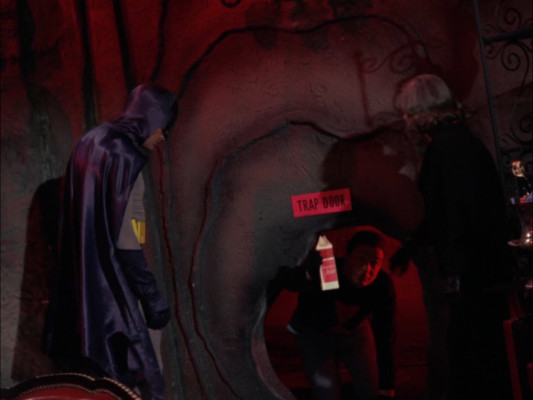 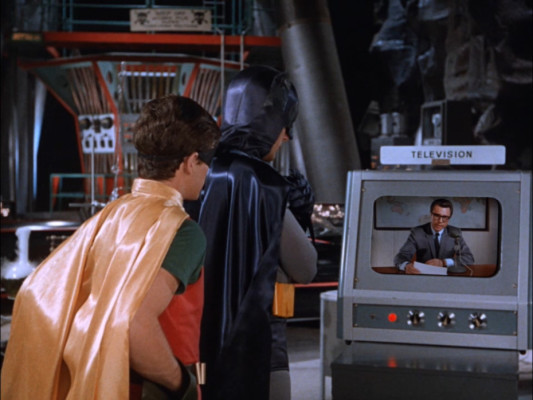 Even the TV was labeled 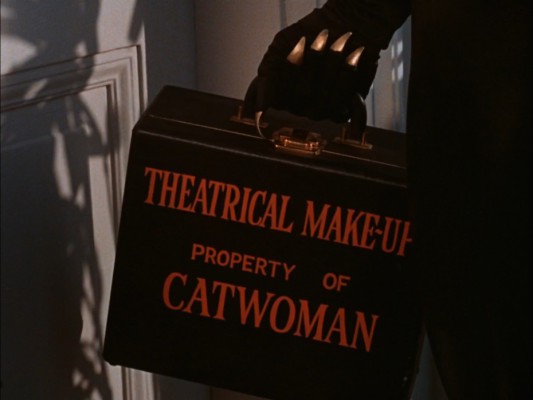 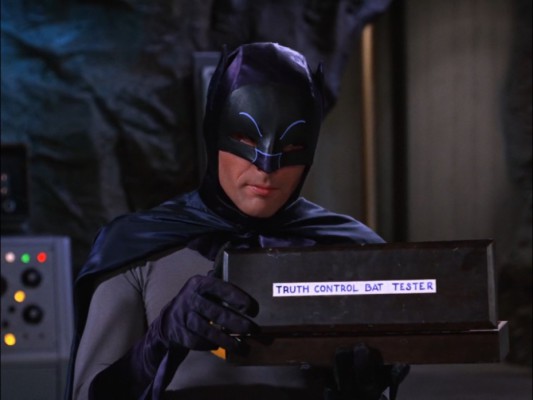 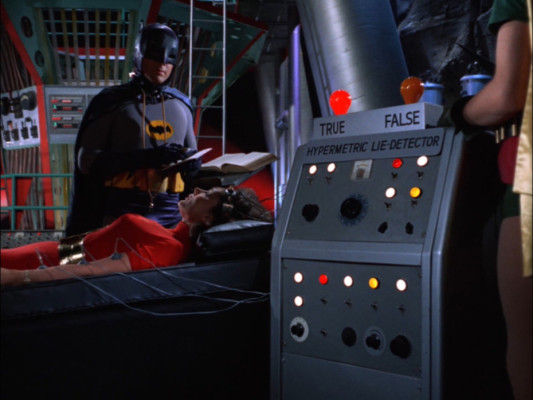 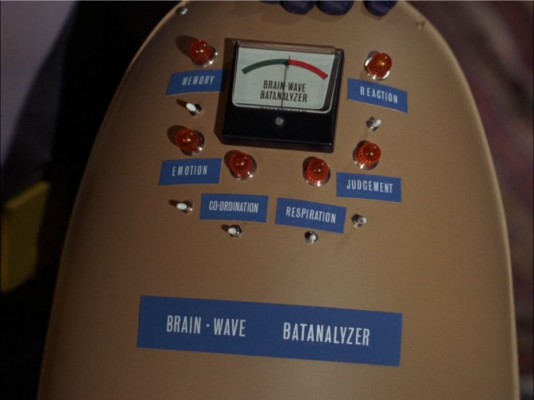 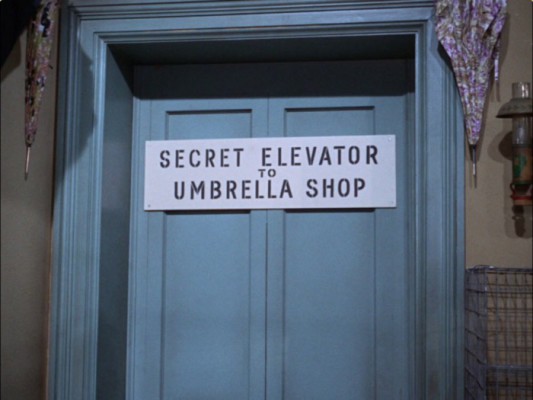 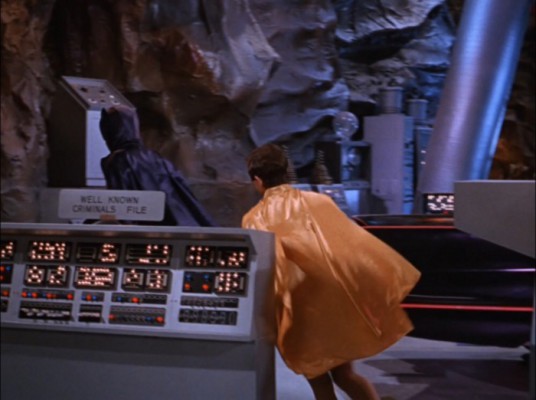 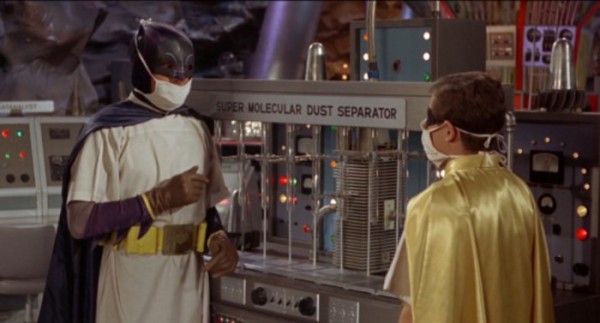 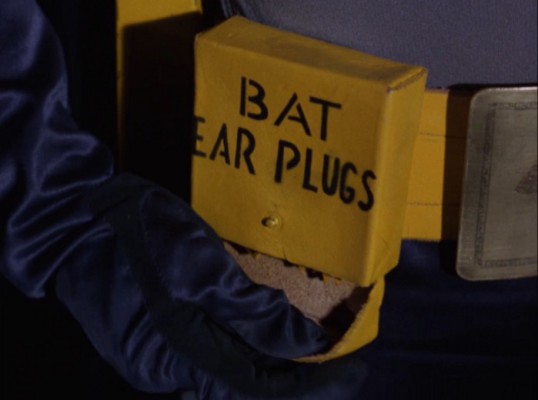 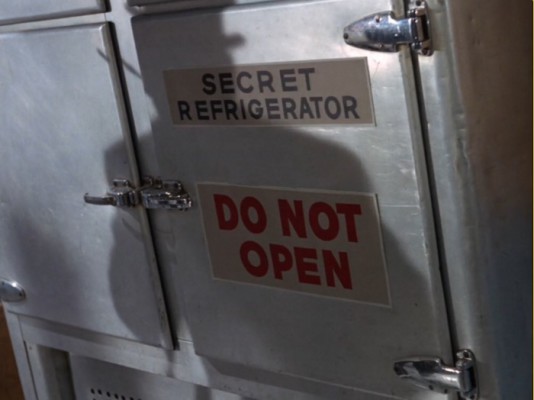 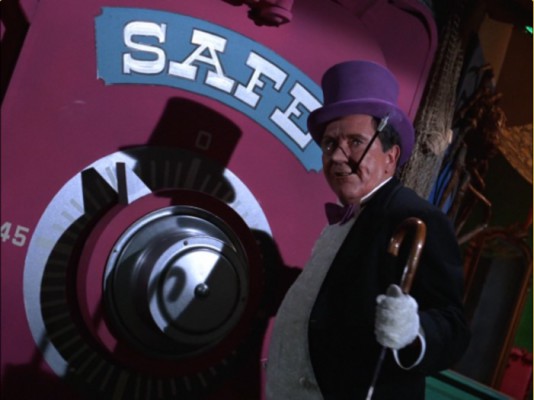 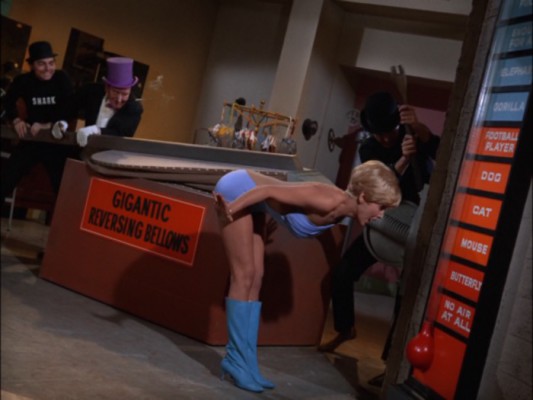 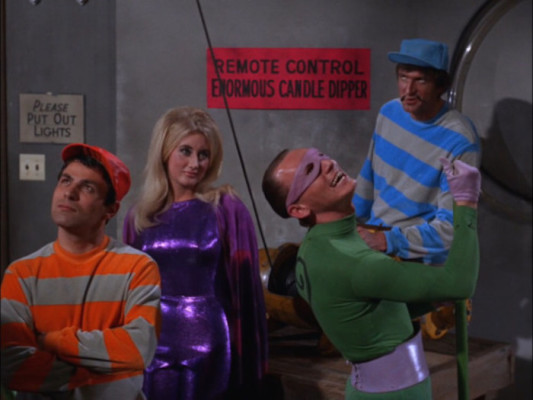 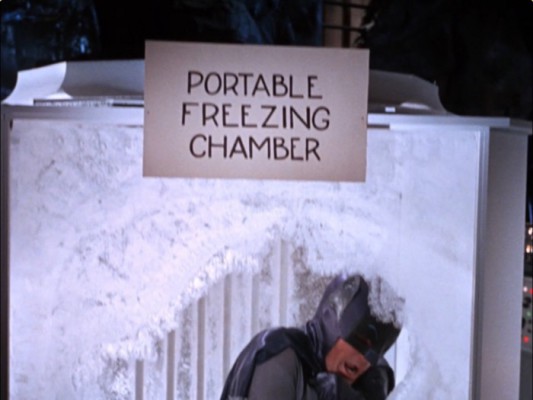 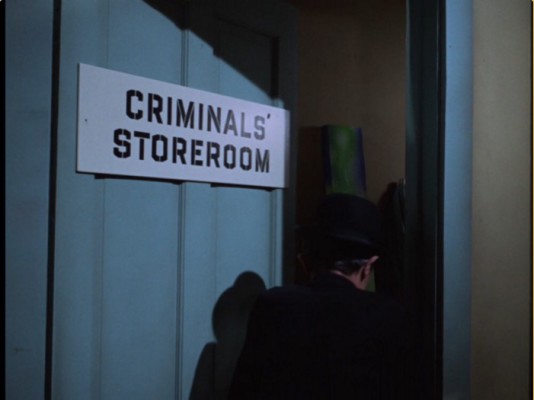 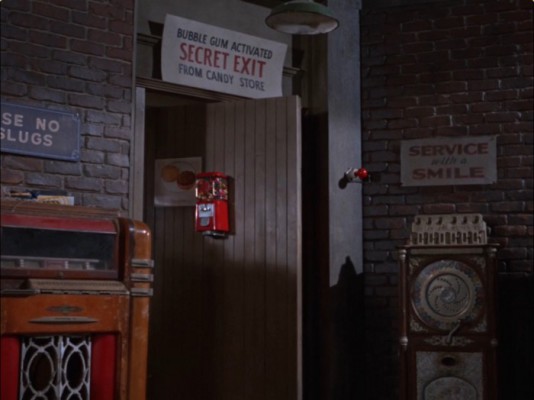 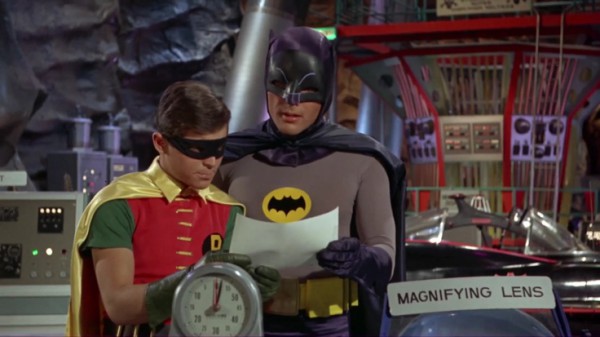 « V Steamy photos Of Ava Gardner explain why she was the one who broke Frank Sinatra’s heart
When the Klan came to ‘town’: August 8, 1925 the KKK marches on Washington »