Faroe Islands are an archipelago between the Norwegian Sea and the North Atlantic Ocean, approximately halfway between Norway and Iceland, 320 kilometers (200 mi) north-northwest of Great Britain.On the Faroe Islands, there are houses that seem as an abandoned Hobbit movie set, when in fact these picturesque and lush settings are ancient dwellings.

In Faroe Island, it rains 300 days during the year, so the settlers introduced the grass roofs as it provided protection from the sobbing rain and thermal insulation.19

Roofs in Scandinavia have probably been covered with birch bark and sod since prehistory. During the Viking and Middle Ages most houses had sod roofs.Churches and other buildings with steeper roofs were covered with boards, wood shingles, or lead. 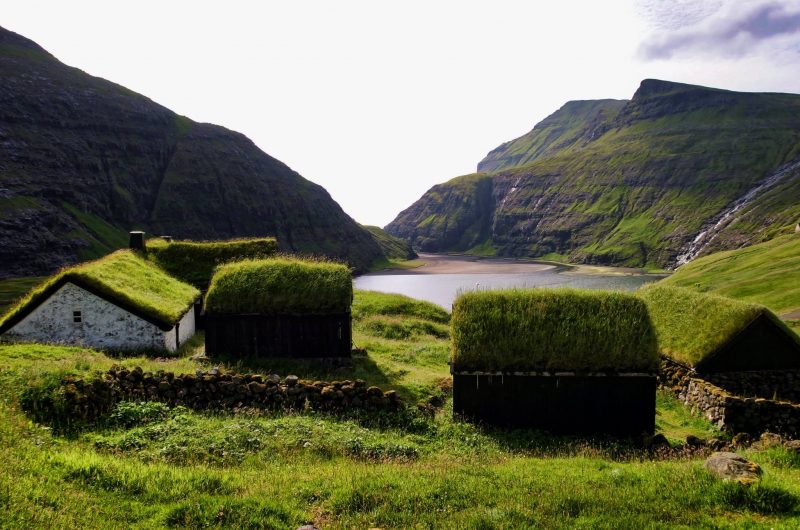 In rural areas sod roofs were almost universal until the beginning of the 18th century. Tile roofs, which appeared much earlier in towns and on rural manors, gradually superseded sod roofs except in remote inland areas during the 19th century. Corrugated iron and other industrial materials also became a threat to ancient traditions. But just before extinction, the national romantics proclaimed a revival of vernacular traditions, including sod roofs. A new market was opened by the demand for mountain lodges and holiday homes. At the same time, open-air museums and the preservation movement created a reservation for ancient building traditions.

Sod or turf for roofing was cut from good pasture land, preferably with sandy soil. A naturally grown grass with a deep root system was desirable.The turf was cut into portable pieces, each about one foot (30 cm) square and about 3 inches (7.5 cm) thick, half the thickness of the finished covering. It was hoisted or carried up on the roof, or on a scaffolding. 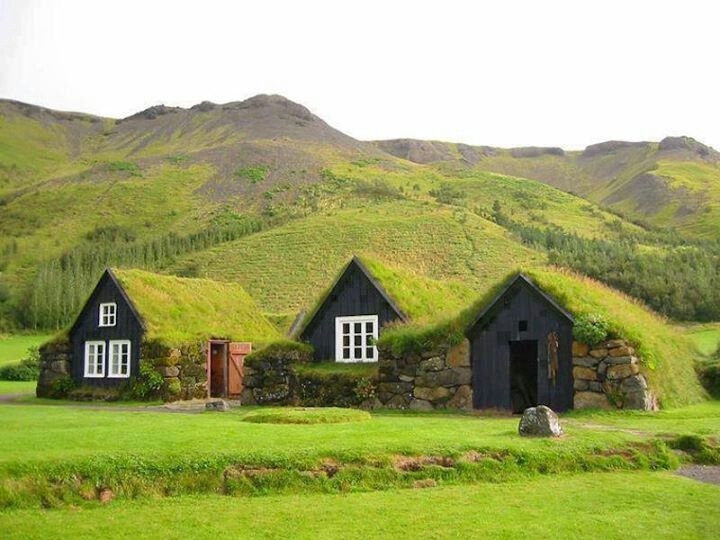 Pieces of sod must be laid out immediately after the birch bark, to keep it in place. For this reason, the process must be carefully coordinated. Two workers will usually cooperate on the same strip of the roof, wide enough to be comfortably within reach. One will lay out the bark, the other will put sod on top. 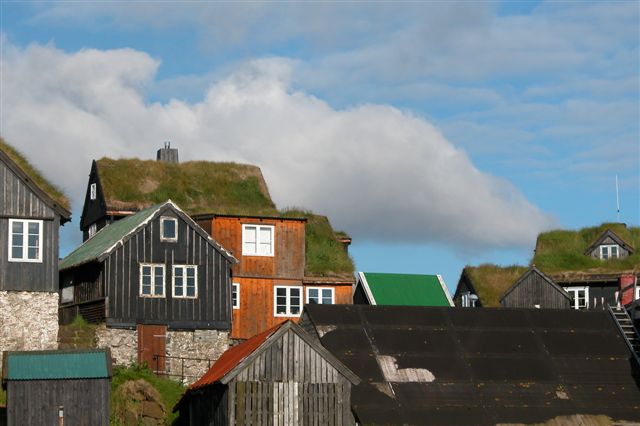 Traditional Faroese houses with turf roof in Reyni, Tórshavn. Most people build larger houses now and with other types of roofs, but the turf roof is still popular in some places.

From these reservations, sod roofs have begun to reappear as an alternative to modern materials. The more recent idea of the green roof is developed independently from the traditional sod roof, but could benefit from the experience gathered during hundreds of years in Scandinavia. 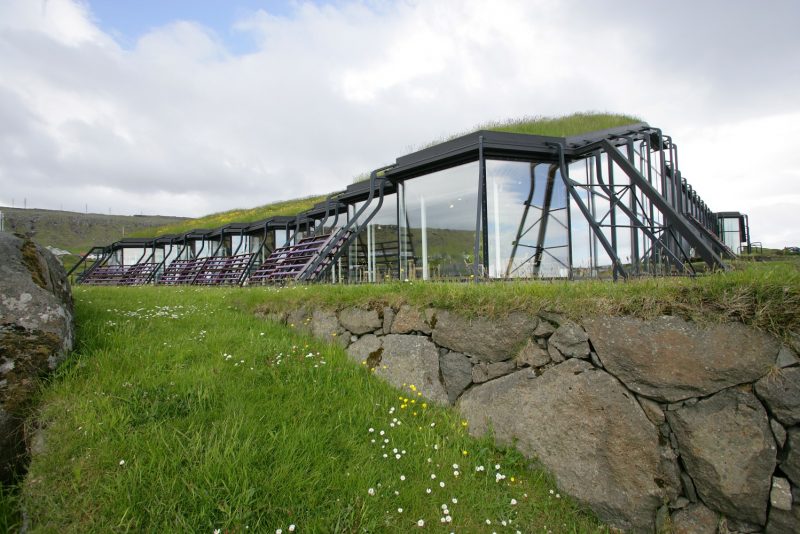 Nordic House in the Faroe Islands

The most important cultural institution in the Faroe Islands,  Nordic House, which  aim is to support and promote Nordic and Faroese culture, locally and in the Nordic region is also with traditional turf roof.In concept it is green with dragon like steel struts to provide stability against the strain that the hurricane winds often place on the 2000 m² turf-covered roof. Inside the building there is a large lobby space that can house a number of simultaneous activities.