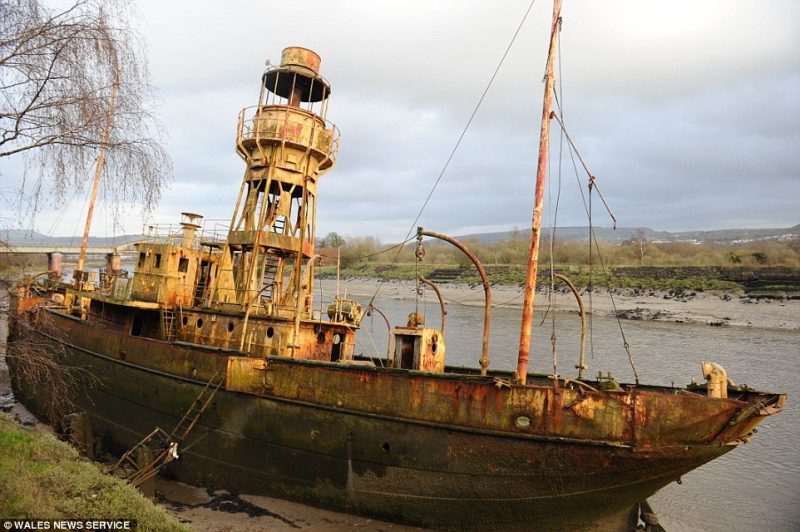 LV72; Light Vessel 72 was built in 1903 by John Crown & Sons of Sunderland for Trinity House. LV72 was one of two Light Vessels which saw service on D Day carrying the name “JUNO” the ship marked a safe passage through a minefield for the landing craft on route to the invasion beaches. She was sold out of service in 1973 to Steel Supply Co., Neath for scrapping. When sold she was the oldest vessel in the Trinity House fleet. She was later considered for conversion to a floating night club but the project did not go ahead. After decades of neglect, she is now on a mud berth near the River Neath’s Swing Bridge in poor condition.

Daniel Broom is a man on a mission and that mission is to save and restore LV72, a light vessel or better known as lightship, that is slowly rusting into the muddy bank of the River Neath at Swansea in Wales.  He has a formidable task ahead of him, as the vessel is badly rusted and there are holes in the hull so she no longer floats at high tide – the tide washes over her once-proud decks instead.   The question is, what are lightships and why is this vessel so important?

A lightship is, in simple terms, a floating lighthouse.   The first lightship was moored at the mouth of the Thames River in 1731 by two intrepid inventors, Robert Hamblin and David Avery.  They had failed to interest the bureaucrats at Trinity House, who believed the entire scheme ridiculous, but the lightship was unqualified success and Trinity House then acquired the patent from the two men in exchange for lease revenue from the vessels.

Several lightships were then placed around England, especially off the east coast and on the approach to the Thames, where there were many hidden shoals that would trap unwary ships’ masters.  All these vessels were painted red with the station name painted in large white letters on the side, thus making them effective markers during daylight hours as well.  The lights used were flashing lights up until 1837, when the first revolving light was fitted.  These vessels carried no means of propulsion and had to be towed to their designated station, where they were anchored until needed elsewhere. 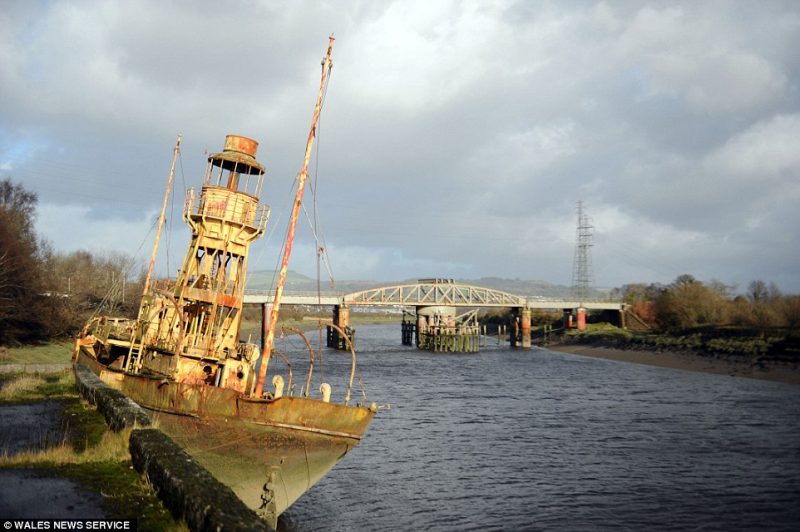 Daniel is trying to confirm the current rightful owners before seeking funds from charities and other enthusiasts to make the vessel shipshape again.He said: ‘The vessel is in a poor state with the hull deteriorating and the lower decks flooded but she seems to be relatively complete. ‘My aim is to restore the vessel and display it as a historic museum ship to show her part in history and its contribution to the war effort on one of the biggest days in history. ‘Also as a memorial to the allied forces specially those of the Canadian troops it safely guided through the minefields of Normandy towards Juno.’

LV72, one of four sister ships, was built in 1903 by John Crown and Sons in Sunderland for the Trinity House Lighthouse and Light Vessel Authority.  She was almost 115 feet long, 24 feet at the beam, and 10 feet at her keel.  She and her sister ships were the first iron-hulled vessels built for Trinity House, and the shipyard used the same plate and rivet construction method used for building the Titanic.  She originally had Catoptric 9-2W oil wick lamps with parabolic reflectors, fitted in such a manner as to allow the hangars and reflectors to operate as rough gimbals to keep the light as horizontal as possible, irrespective of the roll and pitch of the vessel.  She had a siren fog horn fitted along with an underwater bell, powered by Ruston Hornsby compressors and coupled to two Ruston Hornsby Oil Engines, each making 15 horsepower.  When she was upgraded with electrical connections in 1948, her lamps were replaced with electric lights and her foghorn was replaced with an ‘F’ Diaphone, which had a five-mile range.  The fact that she had both oil and electrical power made her unique in the fleet.  She had four cabins, three double cabins for the crew and a cabin for the master. 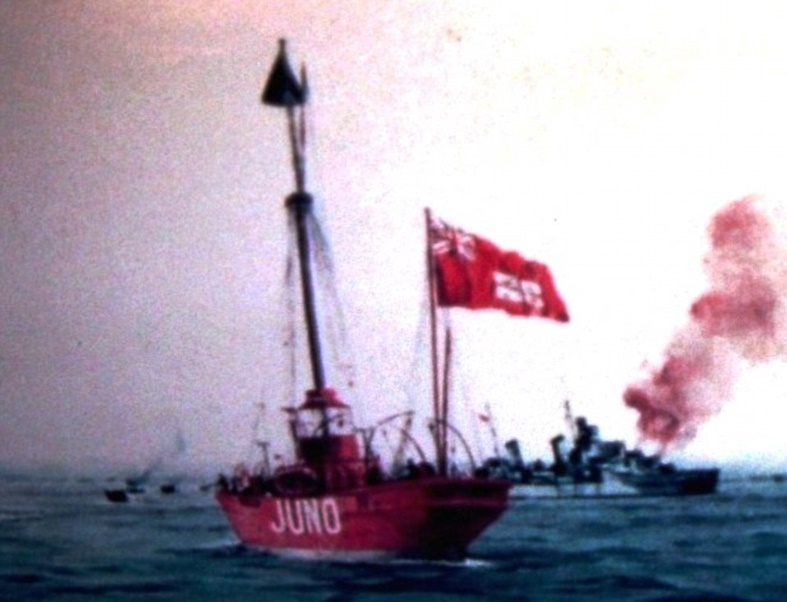 Daniel, 37, said: ‘The lightship served the Trinity House fleet anonymously until June 1944 when it was placed to light a safe route through the minefield to Juno ‘Juno was one of the last safe sights the Canadian troops on the landing craft would have seen before hitting the beaches.

The LV72 started her life at Shipwash station at Dover, where she stayed until the station closed in 1912.  She was then moved to Seven Stones station off Land’s End, Cornwall.  When war came, this small vessel played a vital role in the Normandy D-Day landings.  She, along with her partner LV68, was painted in a new coat of bright red paint.  LV72 carried the name “Juno” in huge white letters on her hull, and her partner carried “Kansas”.

On the 18th of June, 1944 she and her partner were towed to French waters and securely anchored to mark the limits of safe passage that had been cleared through the minefields.  This safe zone was used by the landing craft carrying the Canadian troops and equipment that landed on Juno Beach as part of the D-Day landings on June 6, 1944.   Juno remained at this station until January 27, 1945, when she was towed to Le Havre to undergo repairs needed because of collisions and rough seas.   One month later, she was repositioned to service a French station “Seine” until she was replaced by a French vessel.  She then moved on to Harwich for more substantial repairs before undertaking service at several stations around England.  In 1972 she was decommissioned and in 1973 she was sold to a scrap metal dealer, Steel Supply Co, and ended up in her present position.   At the time that she was sold, she was the oldest vessel, at 70 years, in the Trinity House fleet.  These little ships were replaced by the automated buoys seen today. 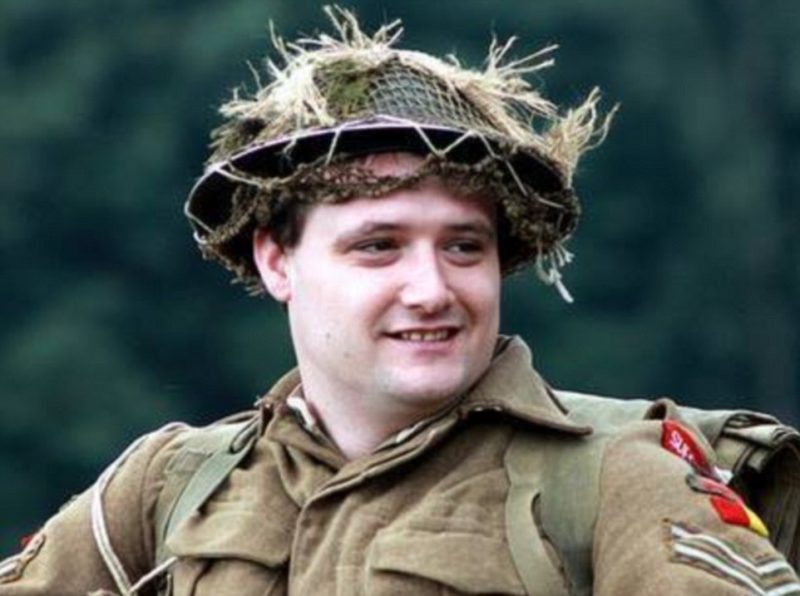 Daniel Broom, a 37 year old amateur historian and World War enthusiast, strongly believes that the history encapsulated in this little vessel is important and well worth saving.  He appreciates the fact that it will be a major project but is undaunted, saying, “The lightship served the Trinity House fleet anonymously until June, 1944 when it was placed to light a safe route through the minefield to Juno.  Juno was one of the last safe sights the Canadian troops on the landing craft would have seen before hitting the beaches. It then went back to serving as a light vessel and was one of the oldest in the Trinity fleet when sold off for scrap.  For me the ship’s active service in the war is worth preserving her alone.”

Once Daniel has ascertained the current legal owner, he intends to start raising money to undertake the restoration.  He told the Daily Mail, “My aim is to restore the vessel and display it as a historic museum ship to show her part in history and its contribution to the war effort on one of the biggest days in history.  Also as a memorial to the allied forces, especially those of the Canadian troops it safely guided through the minefields of Normandy towards Juno.”

Daniel has certainly embarked on a worthwhile project and certainly the Canadian soldiers that passed by this little ship with a big job would want to contribute to saving her life as she once saved theirs.

Trinity House lightvessels were painted red, with the station name in large white letters on the side of the hull, and a system of balls and cones at the masthead for identification. The first revolving light was fitted to the Swin Middle lightvessel in 1837: others used occulting or flashing lights. White lights were preferred for visibility though red and very occasionally green (as with the Mouse lightvessel) were also used

« Park of the Monsters: A 16th-century bizarre surreal oasis built in a lovely Italian Garden
After the Civil War, many children were drawn into the labor force – the Breaker Boys »