The Toraja people and their unique burial rites

The South Sulawesi mountains in Indonesia, are home to a group of people called the Toraja. Most of them live in the regency of Tana Toraja or “the Land of Toraja” at the center of the island of Sulawesi, 300 km north of Makassar, the provincial capital of South Sulawesi.

The Toraja practice animism – the worldview that non-human entities such as animals, plants, and even inanimate objects or phenomena possess a spiritual essence. These people have developed some of the most elaborate funeral rites in the world. Their burial rituals include tree burials reserved for infants who died before their teeth grew and parading of mummified family members who died decades ago.

The funeral rituals of the Toraja people are important social events and an opportunity for the whole family to gather. The rituals usually last for a few days in which the locals honor their traditions and beliefs, the same way their ancestors did.

Torajan funerals are very complex and may last for a long time. When a member of the community dies, his family members organize a series of ceremonies called “Rambu Soloq.” The ceremonies last for many days. It is interesting that these ceremonies are not organized immediately after the death of the person. Usually, the poor families don’t have the required money to pay for everything, so they wait for weeks, months, or in some situations even years. While they gather the money, the deceased person is not buried. Instead, he is embalmed and kept in a traditional house, under the same roof with the family. Until all the rituals are completed the deceased is not considered as dead. He is considered to be still alive and suffering an illness. 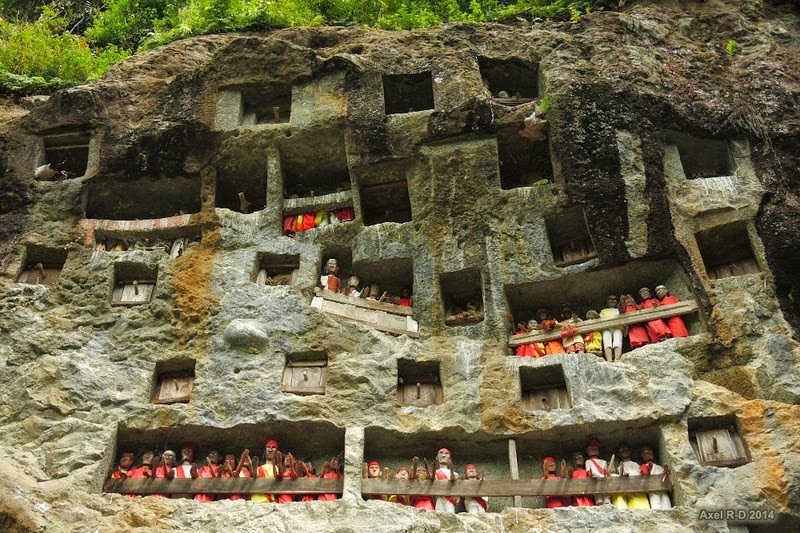 The graves take a lot of time and effort to be completed and are usually very expensive. / Photo source

The funeral ceremonies a story for themselves. First the family slaughters sacrificial animals. This is done with dancing and music while boys from the village collect blood from the animals in long bamboo tubes. The number of slaughtered animals grows exponentially with the importance of the person who is being buried. Sometimes hundreds of pigs are sacrificed. After the slaughtering, the meat is divided among the guests.

The actual burial is also unique. The Toraja people almost never bury their dead in the ground. Usually, they chisel a hole in the rockface of a nearby mountain. In other cases, they place their dead in wooden coffins and hang them on a cliff. The graves take a lot of time and effort to be completed and are usually very expensive. In every burial hole, or on top of the wooden graves that hang on a cliff, they place a wooden effigy known as Tau tau. This sculpture represents the spirit of the deceased and overlooks the land from the burial site. The coffins are intricately designed, the work of true craftsmen, but because they are exposed to the elements, they usually rot and bones often fall on the ground beneath them.

The deceased babies have a different treatment. their burials are even more astonishing than the ones of the adults. If a baby that hasn’t grown his teeth yet dies, the Toraja people wrap it in cloth and place it inside a carved out hole inside the trunk of a growing tree. The opening is closed with a door made of palm fiber. The hole gradually is sealed as the tree begins to heal itself. The Toraja believe that the child is absorbed within the tree and his spirit continues to live. In some places, there are dozens of babies within a single tree. 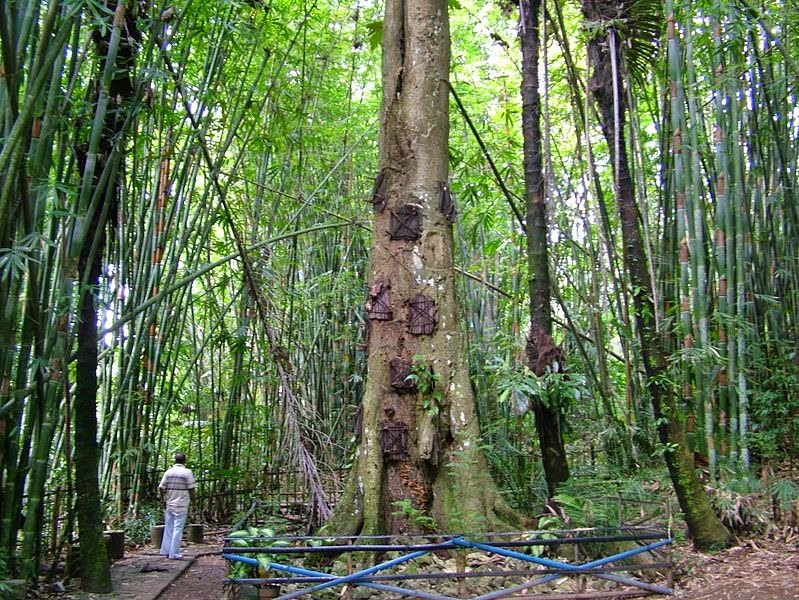 The Toraja believe that the child is absorbed within the tree and his spirit continues to live. / Photo source

The rituals don’t end with this. Every few years, in August, a ritual called Ma’Nene happens. During this time, the bodies of the deceased are taken out of their resting places. The family members wash them, groom them and dress them in new clothes. After this, the mummified bodies are paraded around the village. 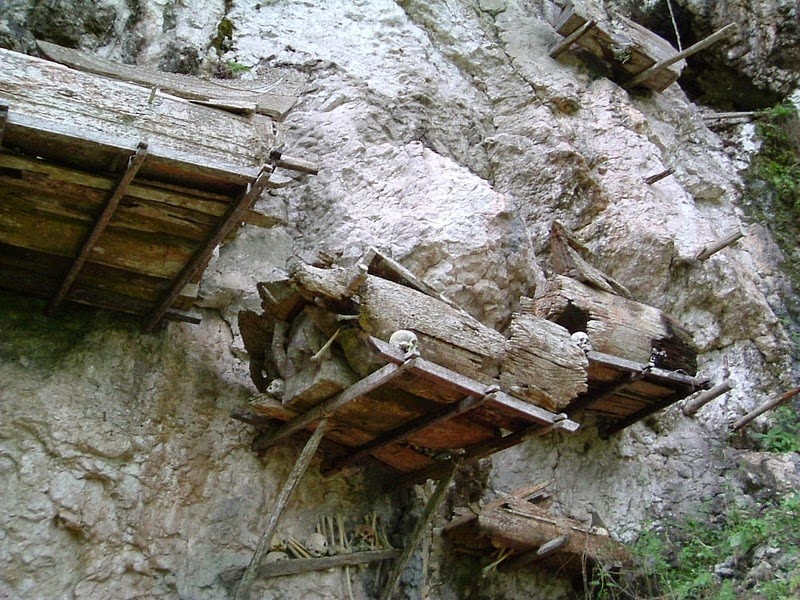 The coffins are intricately designed, but because they are exposed to the elements, they usually rot and bones often fall on the ground beneath them. / Photo source 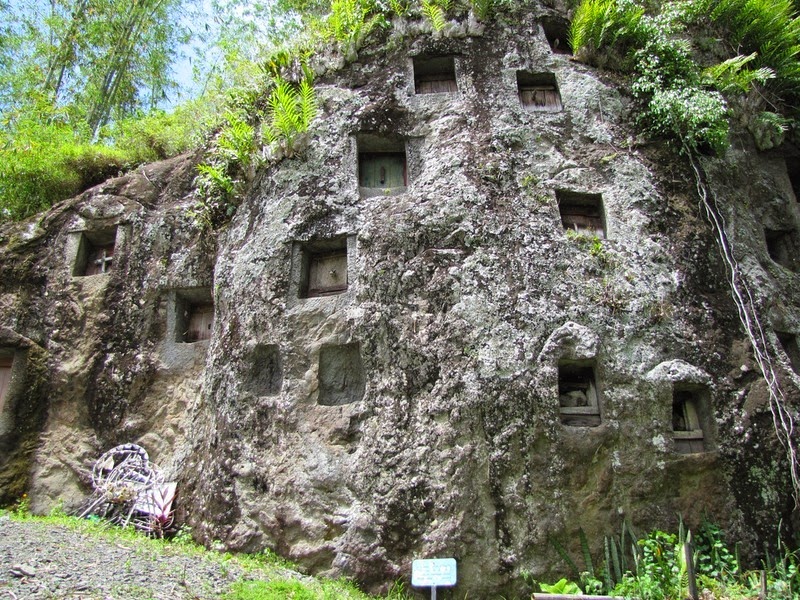 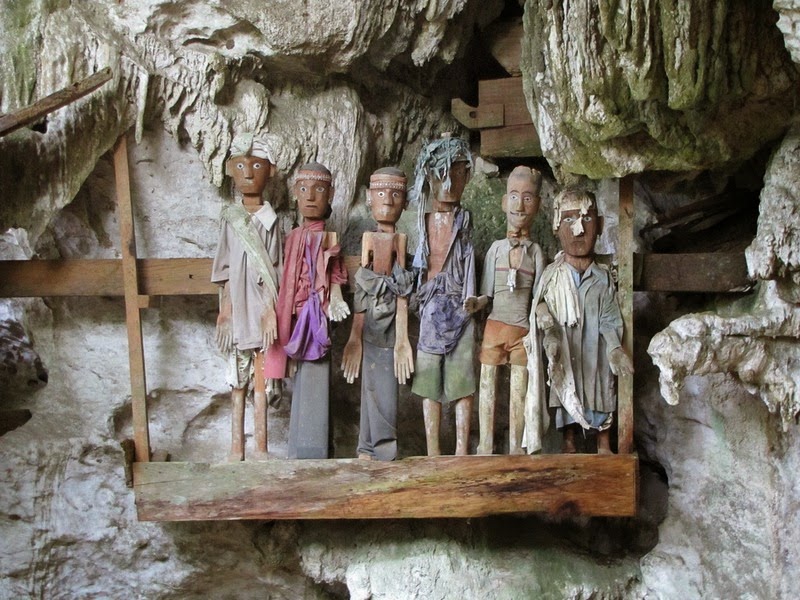 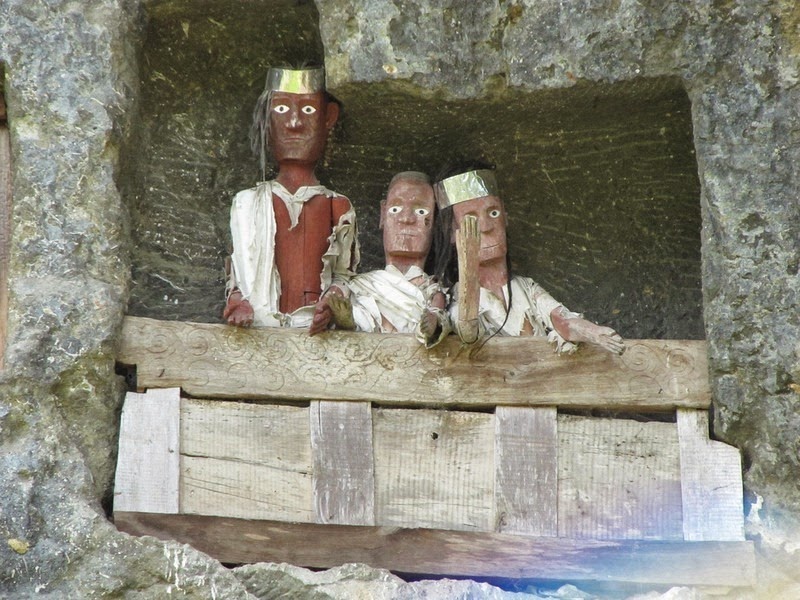 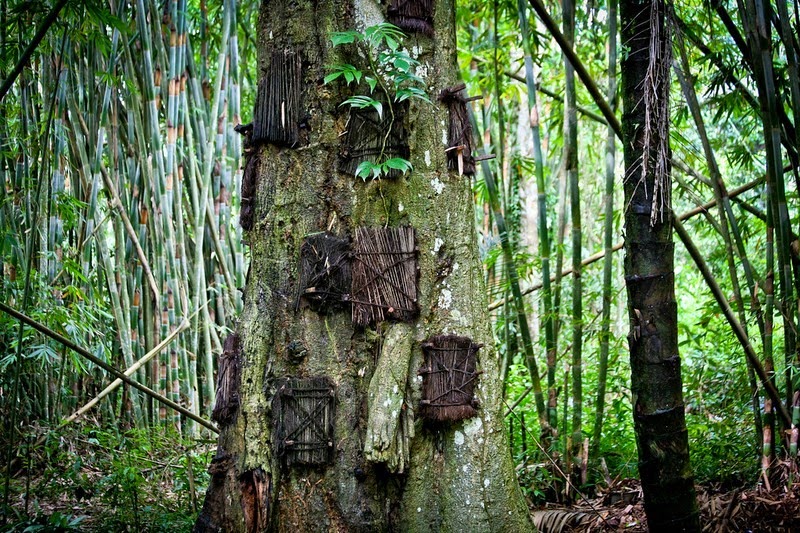 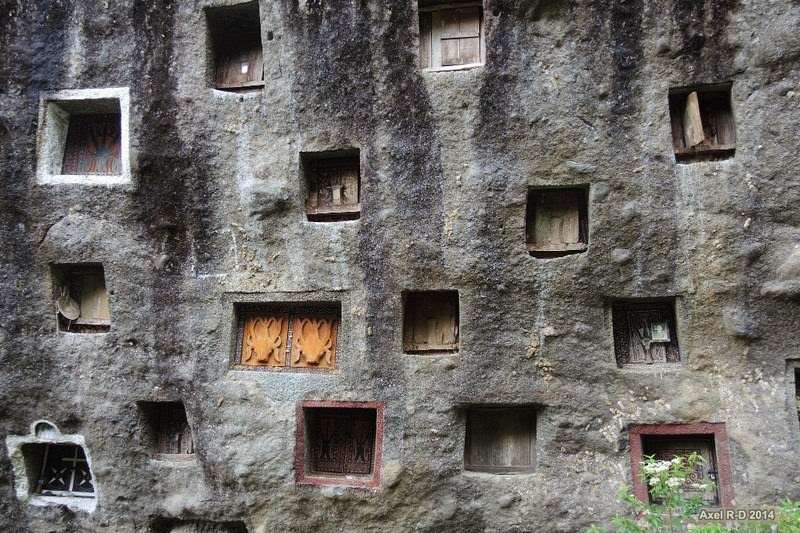 The graves take a lot of time and effort to be completed and are usually very expensive. / Photo source

« Mary Miles Minter-The Gorgeous Silent Era Star was involved in the scandal of the era; the murder of a film director.
Seriously – a baboon who was employed as a signalman on the railroads – never made one mistake »