Sorry, We’re out of gas: Surreal Photos From The 1973 Oil Crisis in the United States

In 1970, US oil production started to decline, exacerbating the embargo’s impact.Following this, Nixon named James Akins as US Ambassador to Saudi Arabia to audit US production capacity. The confidential results were alarming—no spare capacity was available and production could only decrease.

The 1973 oil crisis began in October 1973 when the members of the Organization of Arab Petroleum Exporting Countries (OAPEC, consisting of the Arab members of OPEC plus Egypt and Syria) proclaimed an oil embargo. By the end of the embargo in March 1974, the price of oil had risen from $3 per barrel to nearly $12 globally; US prices were significantly higher. The oil crisis, or “shock”, the embargo caused had many short-term and long-term effects on global politics and the global economy.It was later called the “first oil shock”, followed by the 1979 oil crisis, termed the “second oil shock.” 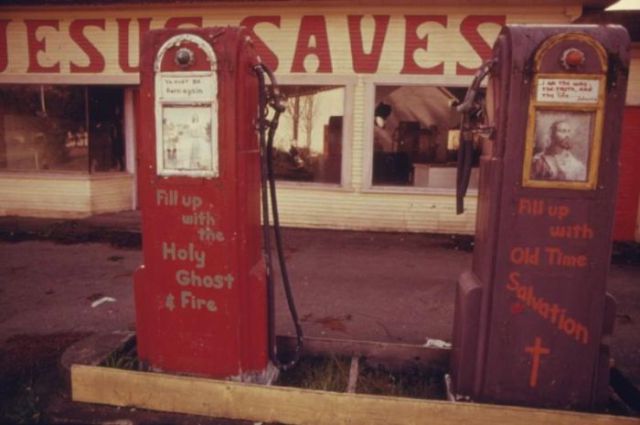 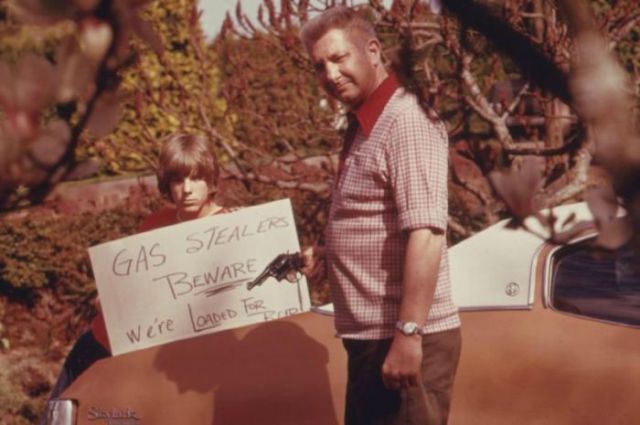 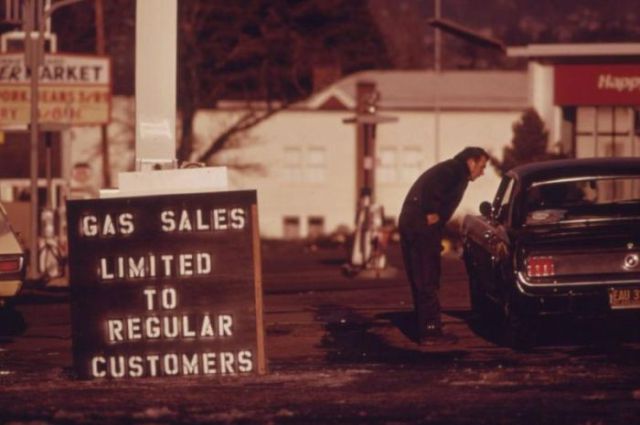 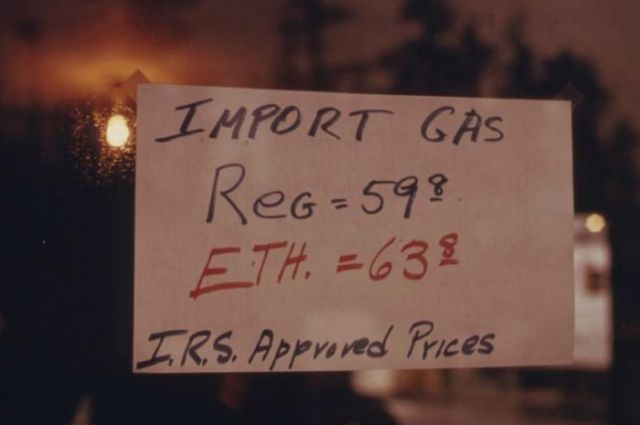 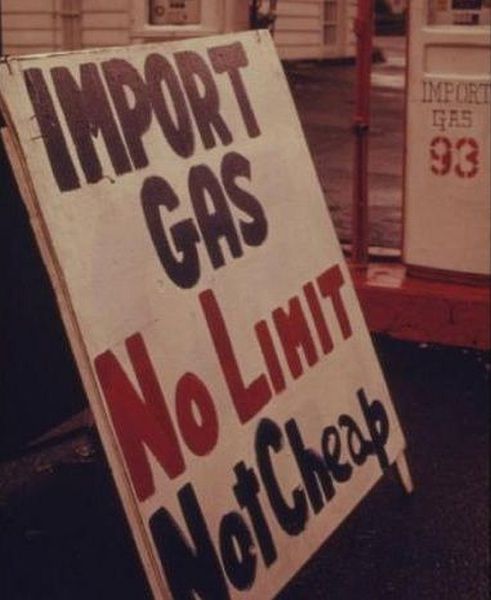 The embargo was a response to American involvement in the 1973 Yom Kippur War. Six days after Egypt and Syria launched a surprise military campaign against Israel to regain territories lost in the June 1967 Six-Day War, the US supplied Israel with arms. In response to this, OAPEC announced an oil embargo against Canada, Japan, the Netherlands, the United Kingdom and the US.

The crisis had a major impact on international relations and created a rift within NATO. Some European nations and Japan sought to disassociate themselves from the United States foreign policy in the Middle East to avoid being targeted by the boycott. Arab oil producers linked any future policy changes to peace between the belligerents. To address this, the Nixon Administration began multilateral negotiations with the combatants. They arranged for Israel to pull back from the Sinai Peninsula and the Golan Heights. By January 18, 1974, US Secretary of State Henry Kissinger had negotiated an Israeli troop withdrawal from parts of the Sinai Peninsula. The promise of a negotiated settlement between Israel and Syria was enough to convince Arab oil producers to lift the embargo in March 1974. 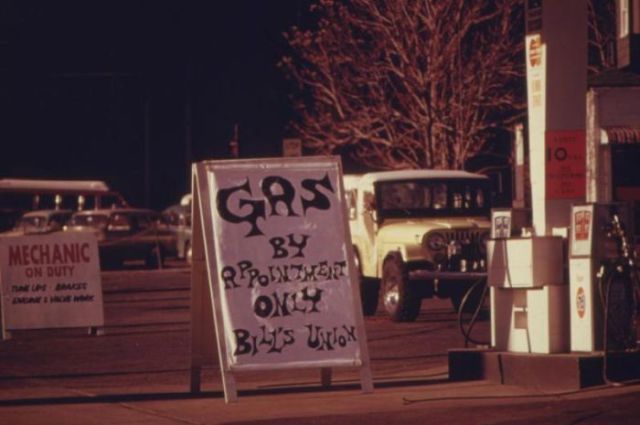 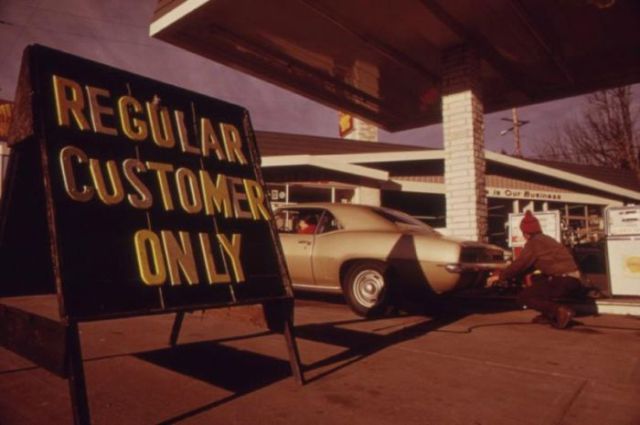 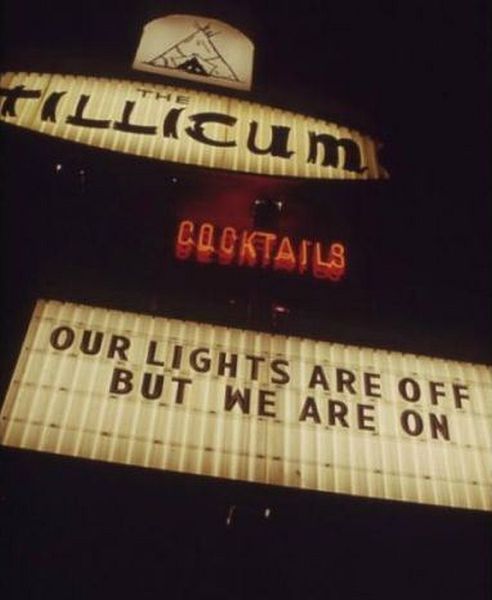 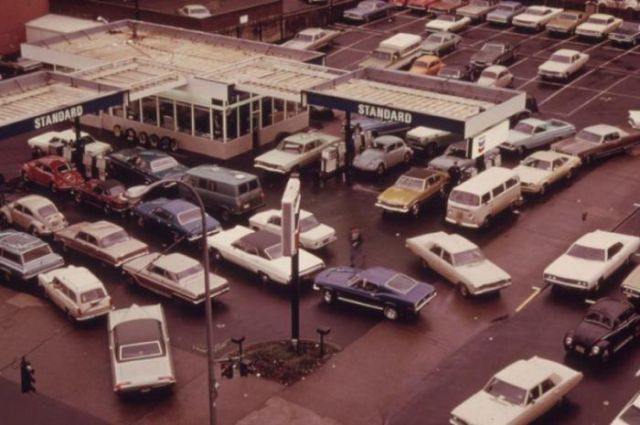 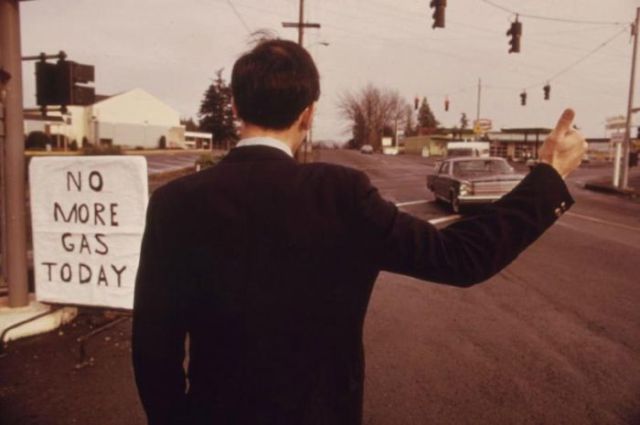 Independently, OAPEC members agreed to use their leverage over the world price-setting mechanism for oil to stabilize their incomes by raising world oil prices after the recent failure of negotiations with Western oil companies.

The embargo occurred at a time of rising petroleum consumption by industrialized countries and coincided with a sharp increase in oil imports by the world’s largest oil consumer, the United States. In the aftermath, targeted countries initiated a wide variety of policies to contain their future dependency.

The 1973 “oil price shock”, with the accompanying 1973–74 stock market crash, were regarded as the first discrete event since the Great Depression to have a persistent economic effect.

The embargo’s success demonstrated Saudi Arabia’s diplomatic and economic power. It was the largest oil exporter and a politically and religiously conservative kingdom. 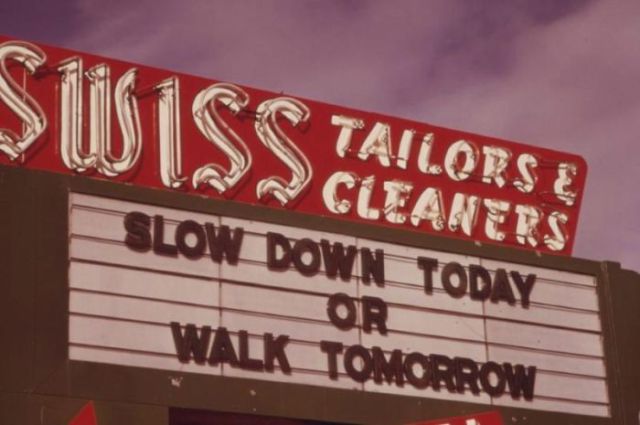 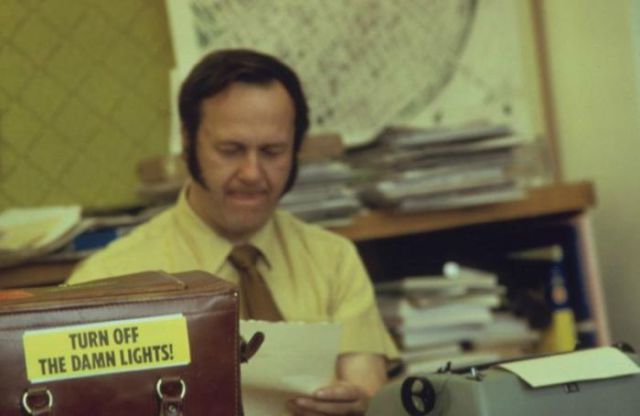 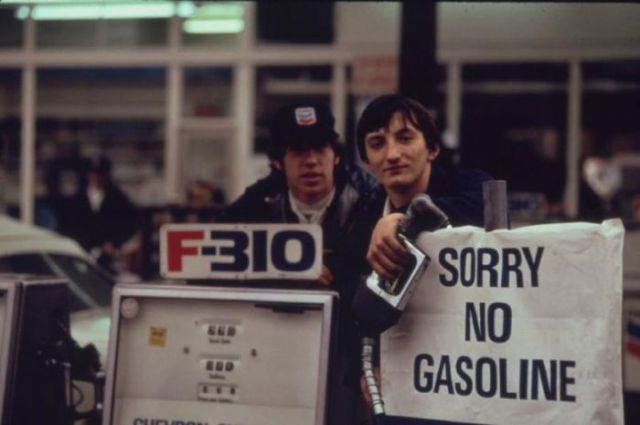 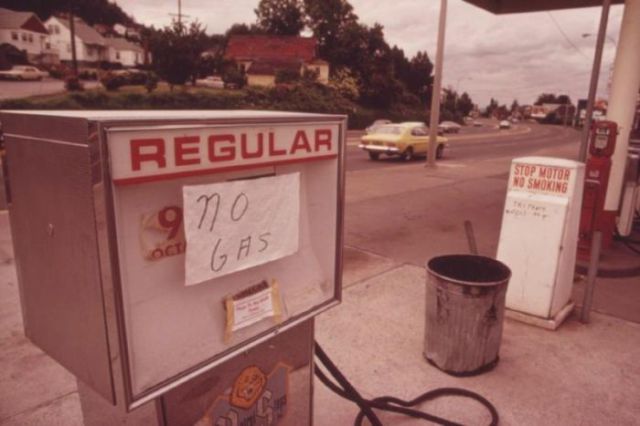 The energy crisis led to greater interest in renewable energy and spurred research in solar power and wind power. It also led to greater pressure to exploit North American oil sources and increased the West’s dependence on coal and nuclear power. 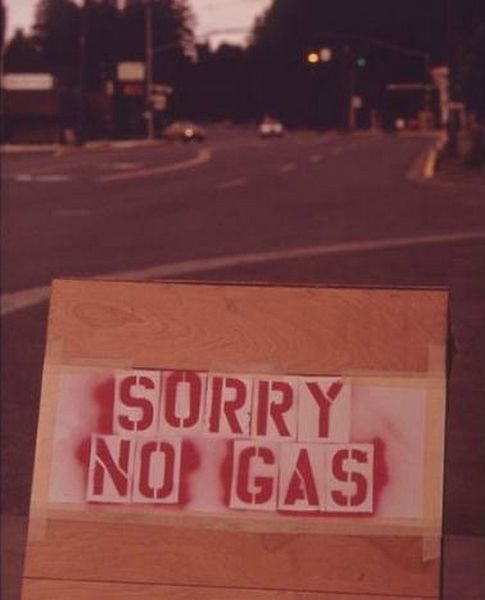 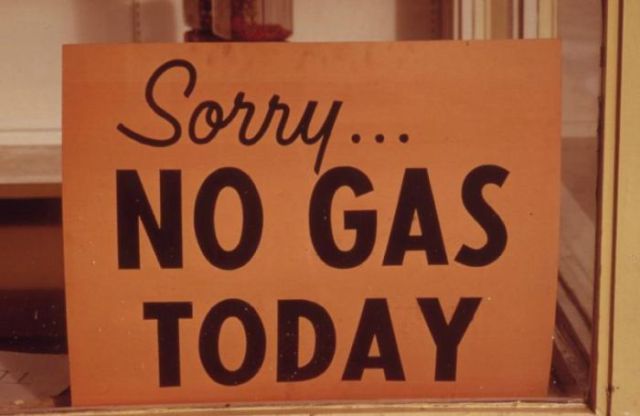 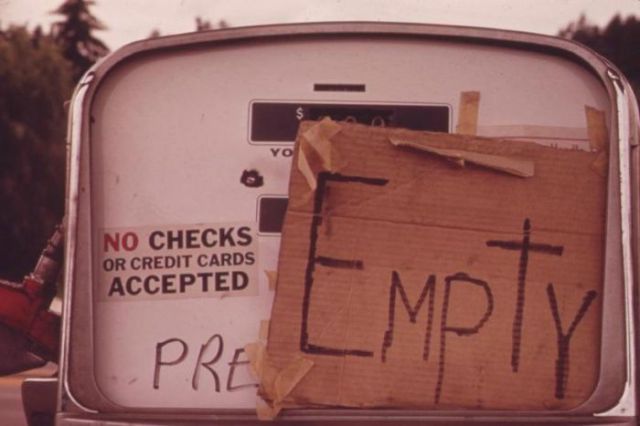 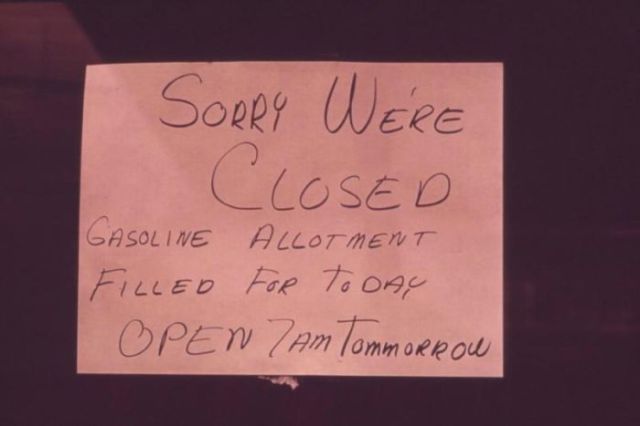 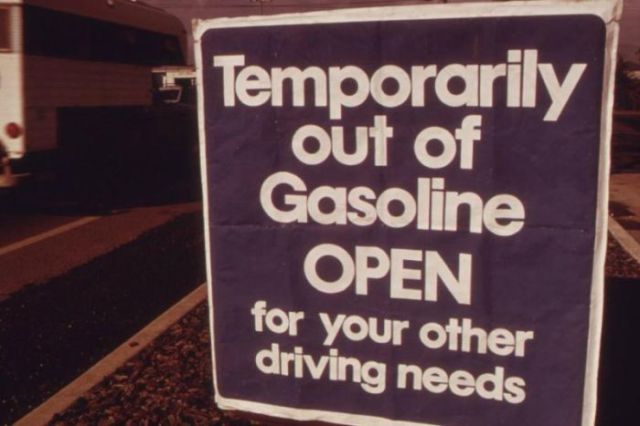 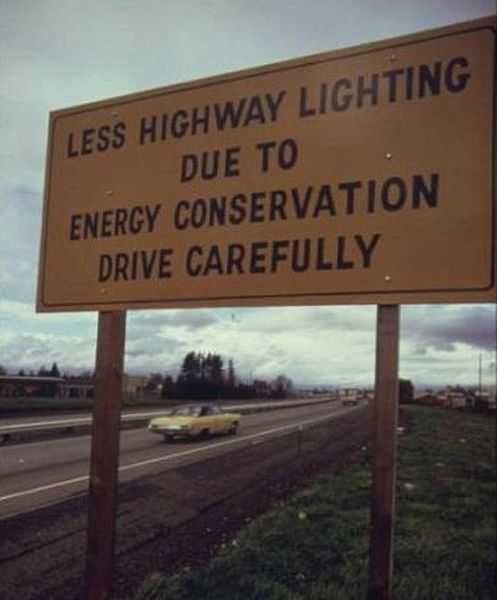 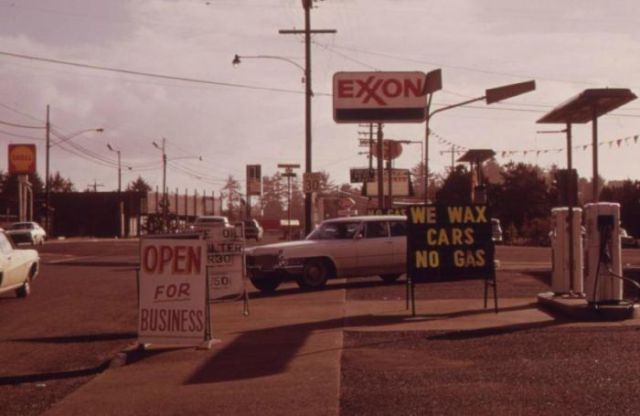 All photos by National Archive

« Seriously – a baboon who was employed as a signalman on the railroads – never made one mistake
Heracleion was said to be a rich and thriving city before it was buried by the sea, approximately 1,500 years ago »