Calico – A desert ghost town open to the public as a county park and museum of the Old West, frozen in time

Calico in Southern California is the ghost of an Old West mining town that boomed in the 1880s. A desert ghost town that was once home to over 500 silver mines, and went bust only 12 years later when the price of silver plummeted. Located off Interstate 15, 3 miles (4.8 km) from Barstow and 3 miles from Yermo, this town in the Mojave Desert had 3,500 residents and produced over $20 million in silver. That’s well over half a billion dollars in today’s dollars. When silver lost its value in the mid-1890’s, Calico lost its population. The miner’s packed up, loaded their mules and moved away abandoning the town that once gave them a good living. Today has been converted into a county park and museum named Calico Ghost Town. 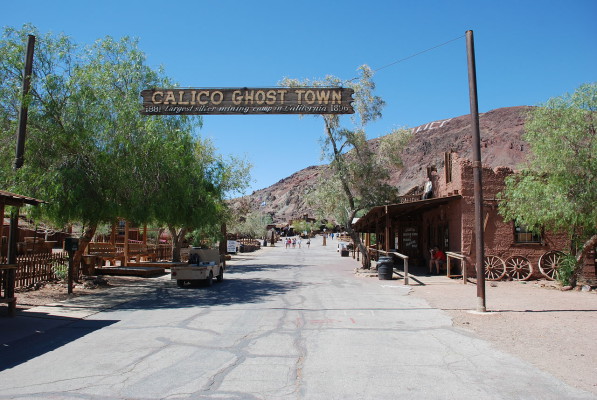 The name of Calico came from the patchwork of colors in the surrounding mountains. In 1881, four prospectors were leaving Grapevine Station (present day Barstow, California) for a mountain peak to the northeast. Describing the peak as “calico-colored”, the peak, the mountain range to which it belonged, and the town that followed were all called Calico. The four prospectors discovered silver in the mountain and opened the Silver King Mine, which was California’s largest silver producer in the mid-1880s. 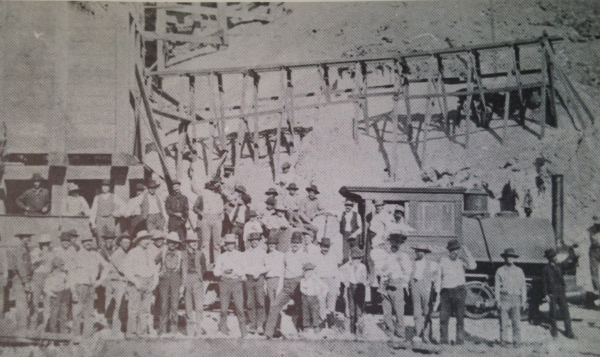 Original mining crew at the Silver King Mine. source 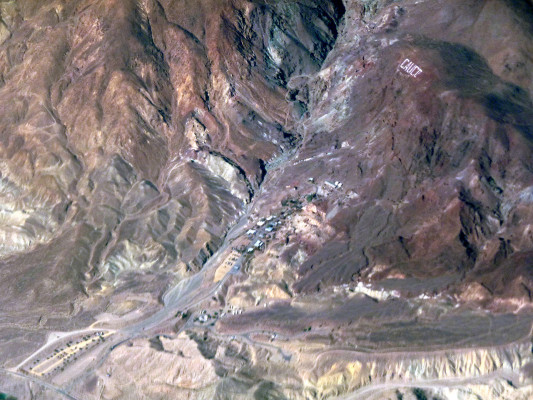 Aerial view of Calico, with the hillside letters visible. source

A few years later, after the settlement of the town, this discovery also helped Calico’s fortunes, and in 1890, the estimated population of the town was 3,500, with nationals of China, England, Ireland, Greece, France, and the Netherlands, as well as Americans living there. A post office was established in early 1882, and the Calico Print, a weekly newspaper, started publishing. The town soon supported three hotels, five general stores, a meat market, bars, brothels, and three restaurants and boarding houses. There was also a schoolhouse, a Wells Fargo office, a sheriff, lawyers, and doctors.But the good times didn’t last long. The Silver Purchase Act was enacted, and it drove down the price of silver. By 1896, its value had decreased to $0.57 per troy ounce, and Calico’s silver mines were no longer economically viable.

The post office was discontinued in 1898, and the school closed not long after. By the turn of the century, Calico was all but a ghost town, and with the end of borax mining in the region in 1907, the town was completely abandoned. Many of the original buildings were moved to Barstow, Daggett and Yermo. 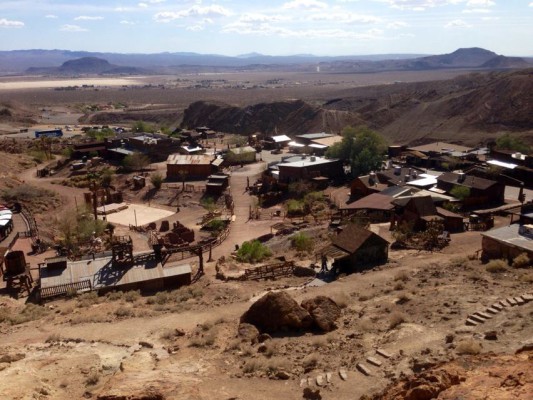 Calico in the Mojave Desert. source 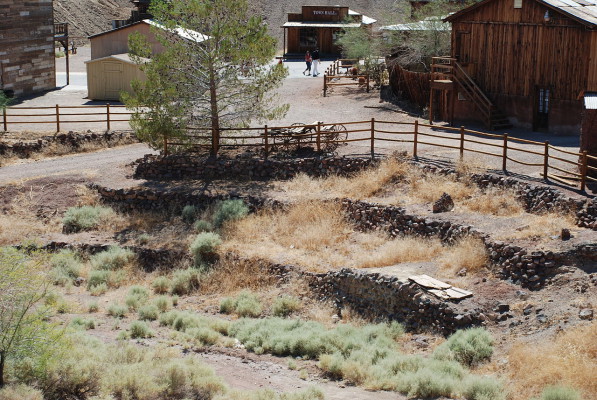 In the 1950s along came a man with a vision for Calico. Walter Knott bought up the whole place in the 1950’s. He restored the town to mostly how it was, in certain cases rebuilding some of the old structures as they were back in the 1880s. Some structures still stand dating back to the town’s operational years: Lil’s Saloon; the town office; Hank’s Hotel, the former home of Lucy Lane, which is now the main museum but was originally the town’s post office and courthouse; Smitty’s Gallery; the general store; Joe’s Saloon and a replica of the schoolhouse on the site of the original building. 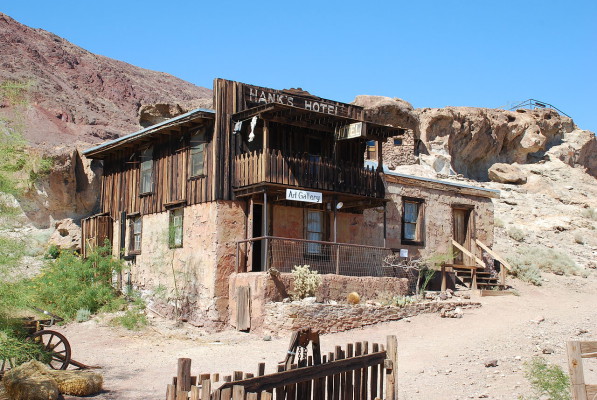 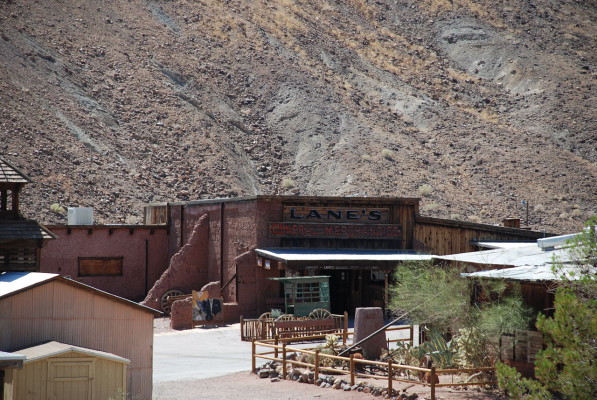 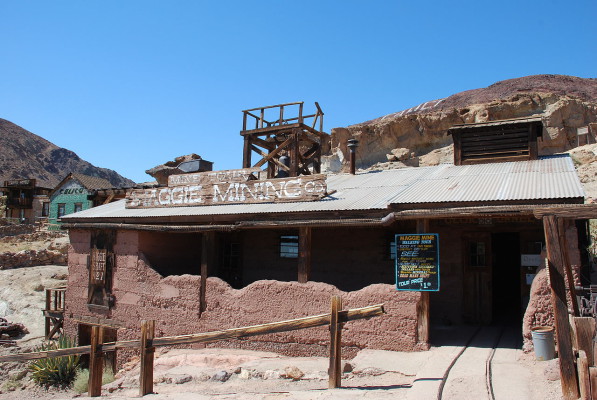 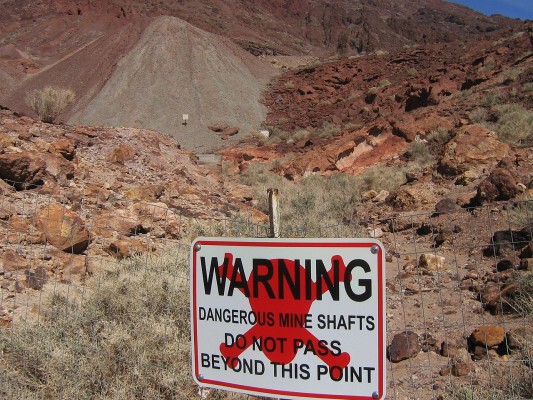 Mines in the Calico area are extremely hazardous and must not be approached for any reason. A sign warning people to stay away from a dangerous area of mines and waste-rock piles in Calico Ghost Town, California. source

Since the rebuild by Knott, the old ghost town has been open to the public as a county park and museum of the Old West. Now a registered Historical Landmark, and a reminder of the hope of people who once followed their dreams to the frontier. Today, the park operates mine tours, gunfight stunt shows, gold panning, several restaurants, the historic, 2 ft 6 in (762 mm) narrow gauge Calico & Odessa Railroad, and a number of trinket stores. It is open every day except Christmas and requires an entrance fee. Additional fees are required for some attractions. Overnight camping is also available. Special events are held throughout the year including a Spring Festival in May, Calico Days in early October, and a Ghost Town haunt in late October.

A few interesting facts about this place in popular culture: The town was the basis for the Kenny Rogers and the First Edition album The Ballad of Calico. It was the location for the final scenes of the film The Prowler (1951) starring Van Heflin and Evelyn Keyes; Gorillaz shot the music video for “Stylo” here and it is the basis of the buried town in the Call of Duty: Black Ops II DLC map, Resolution 1295.

This ghost town looks cool, drones are cool, and this video is pretty cool too!