Abraham Lincoln: The secret message engraved in his watch.

In the 1850s, ten years before he had become the president of The United States, Abraham Lincoln, then a prosperous lawyer, bought himself a refined pocket watch from George Chatterton, a jeweler in Springfield, Illinois. While the mechanism was manufactured in Liverpool, England, the 18-carat golden case was produced in the United States.

Apart from the refined golden case, there was nothing peculiar or special about this seemingly normal pocket watch, except…there was. 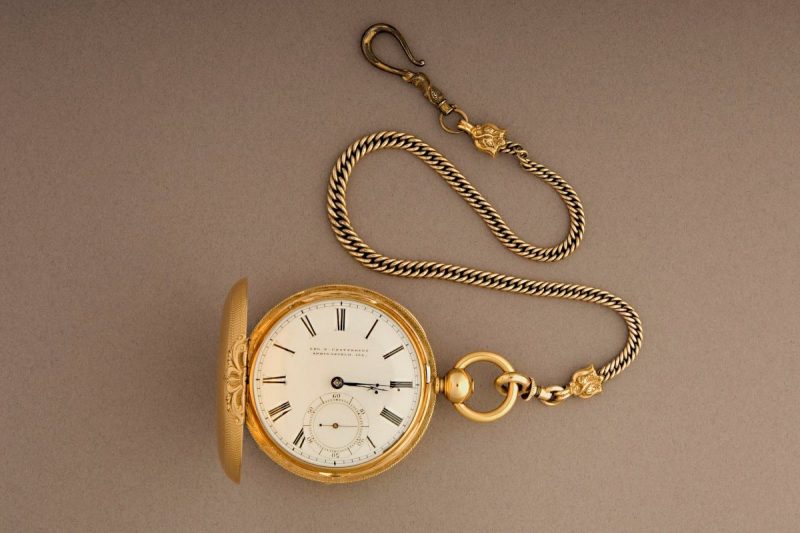 The open case, face and chain of Abraham Lincoln’s pocket watch
On November 6, 1860, Lincoln was elected the 16th president of the United States, beating Democrat Stephen A. Douglas, John C. Breckinridge of the Southern Democrats, and John Bell of the new Constitutional Union Party.On April 12, 1861, Confederate forces fired on Union troops at Fort Sumter, forcing them to surrender, and began the war.

On April 13, 1861, Johnathan Dillon, an Irish immigrant and watchmaker was just repairing President Abraham Lincoln’s pocket watch, in the M.W. Galt and Co. jewelers in Washington, D.C, when he heard the news of the Fort Sumter attack. After forty-five years, Dillon told The New York Times what he did that day.

“I was in the act of screwing on the dial when Mr. Galt announced the news. I unscrewed the dial, and with a sharp instrument wrote on the metal beneath:

“The first gun is fired. Slavery is dead. Thank God we have a President who at least will try.'” 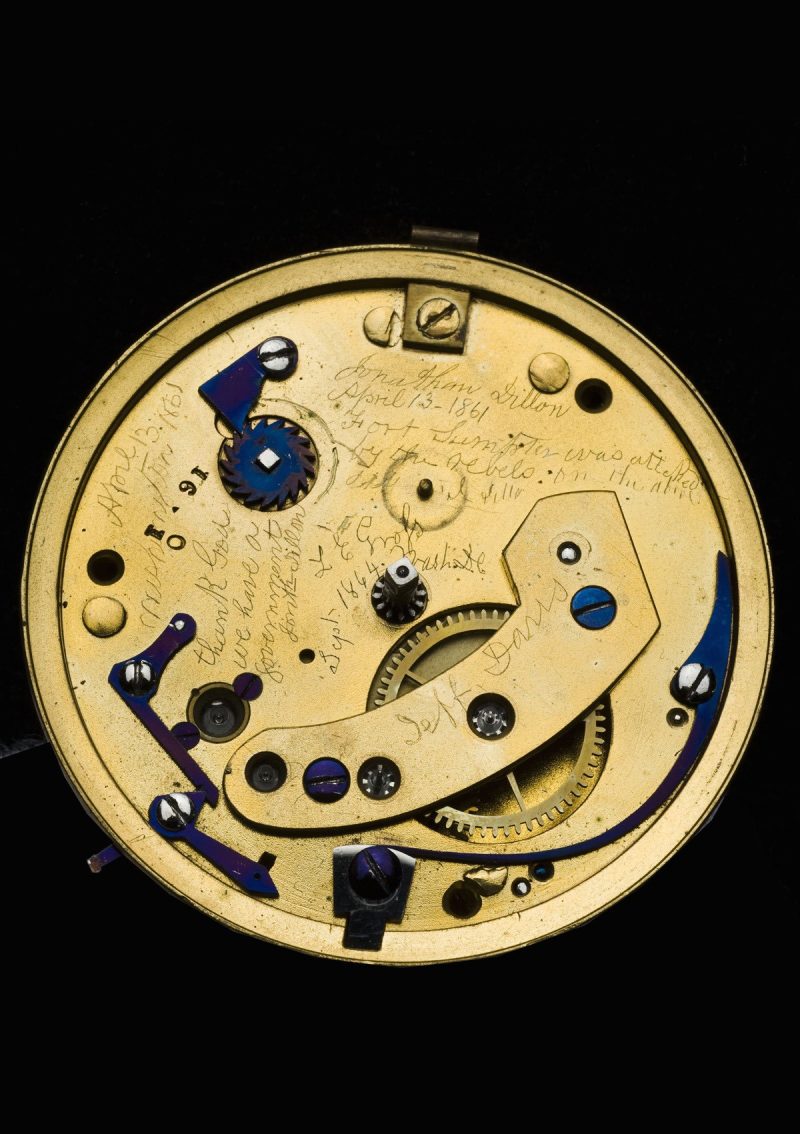 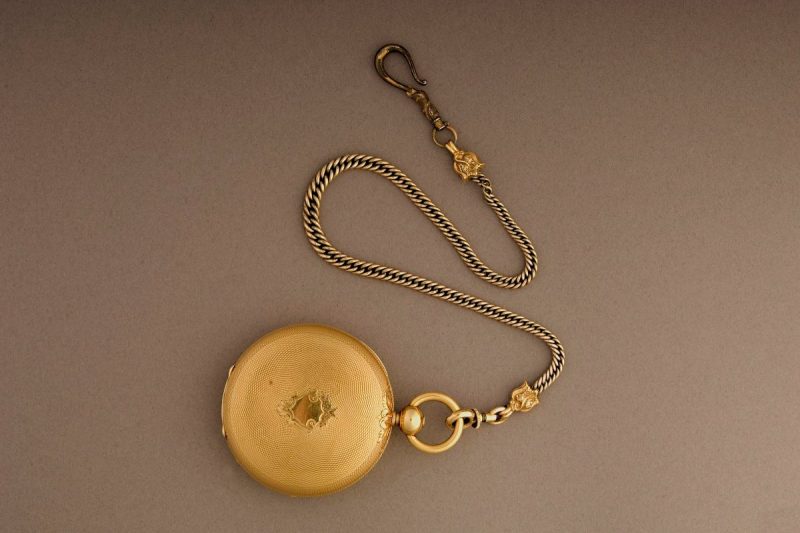 The reverse of the case of Abraham Lincoln’s pocket watch

Even though the message is truly amazing, it was a bit different from Dillon’s first remembrance. Apparently, Dillon misspelled Fort Sumter by engraving “Sumpter. another difference from his first recollection is that the interior of the watch was engraved with other initials. In 1864, another watchmaker signed the watch with his initials, L.E Gross. Also, at some point, someone had carved “Jeff Davis” probably as a joke or as a support for the Confederacy. Back then, it was a common practice for watch repairs to etch something on the inside of watches. 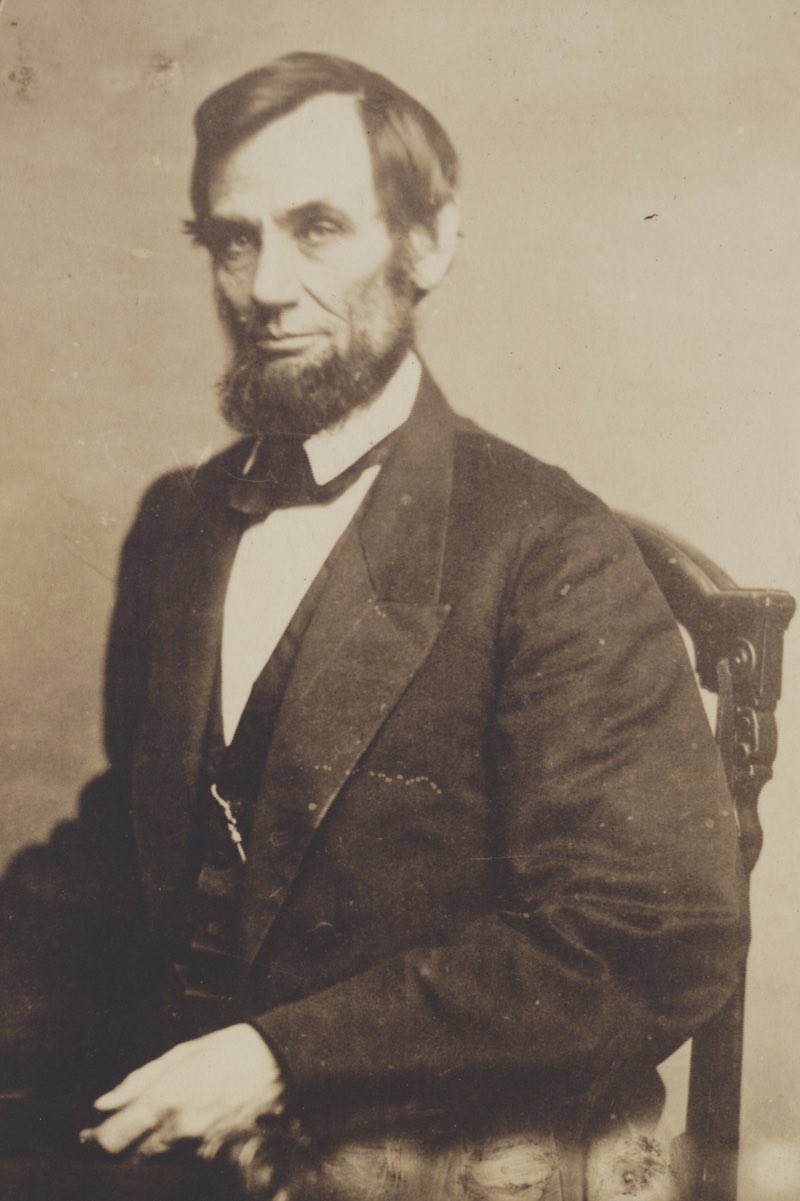 The most amazing and interesting part of this story is that Abraham Lincoln himself never knew of the message he was wearing in the pocket all the time.

“When you think about Lincoln especially at this point in his life,” Rubenstein says, “his ill-fitting clothes and messy hair; he doesn’t seem to care about his appearance.