27 images of steam locomotives that you don’t normally see

Thirty yards or so down the track, the respective engineers would throw their trains’ throttles wide open, and the crews would jump to safety. Physics would do the rest.

Crush, Texas, was a temporary “city” established as a one-day publicity stunt in 1896. William George Crush, general passenger agent of the Missouri-Kansas-Texas Railroad(popularly known as the Katy), conceived the idea to demonstrate a train wreck as a spectacle. No admission was charged, and train fares to the crash site were at the reduced rate of US$2 from any location in Texas. As a result about 40,000 people showed up on September 15, 1896, making the new town of Crush, Texas, temporarily the second-largest city in the state. Unexpectedly, the impact caused both engine boilers to explode, resulting in several fatalities and numerous injuries among the spectators.

Two wells were drilled at the site 3 miles (4.8 km) south of the town of West in McLennan County. Circus tents from Ringling Brotherswere erected as well as a grandstand. The train engines were painted bright green (engine #999) and bright red (engine #1001), both4-4-0 American locomotives (two pilot axles, two drive axles, and nothing under the firebox). A special track was built alongside the Katy track so that there was no chance a runaway train could get onto the main line. Crush Texas was named after Mr. Crush who worked for the railroad and invented the Crash at Crush event. One of the descendants, Mark Crush, has made history available to Texas history scholars who study this event. The trains toured the state for months in advance, advertising the event.

The collision of the two trains at Crush, Texas. Note that the text reads, in part, “Indications are that the boilers exploded after the trains had collided and the cars had stacked up.” The event had to be delayed for an hour because the crowd resisted being pressed back by the police to what was supposedly a safe distance. About 5:00 pm the two trains, pulling cars loaded with railroad ties, were rolled to the opposite ends of a 4-mile (6.4 km) track. The engineers and crew opened the steam to a prearranged setting, rode for exactly 4 turns of the drive wheels, and jumped from the trains. Each train reached a speed of about 45 miles per hour (72 km/h) by the time they met near the anticipated spot.
When the trains collided, there was a large explosion. Debris—some pieces as large as half a drive-wheel—was blown hundreds of feet into the air. Some of the debris came down among the spectators, killing two or three and injuring many more. Event photographer Jarvis “Joe” Deane lost one eye to a flying bolt. A contemporary newspaper speculated that the explosion occurred shortly after the initial impact.
OK, that was an organisied stunt but lets have a look at some steam loco’s that have been derailed or have sadly been in accidents. 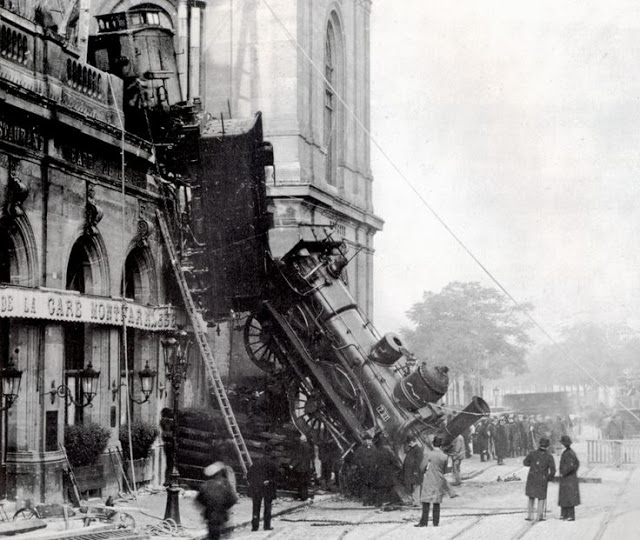 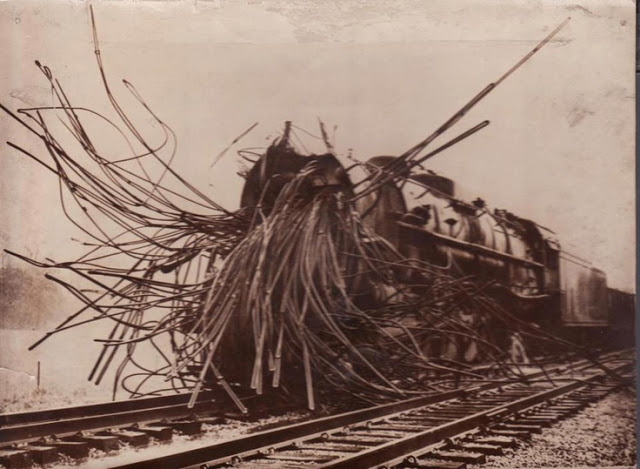 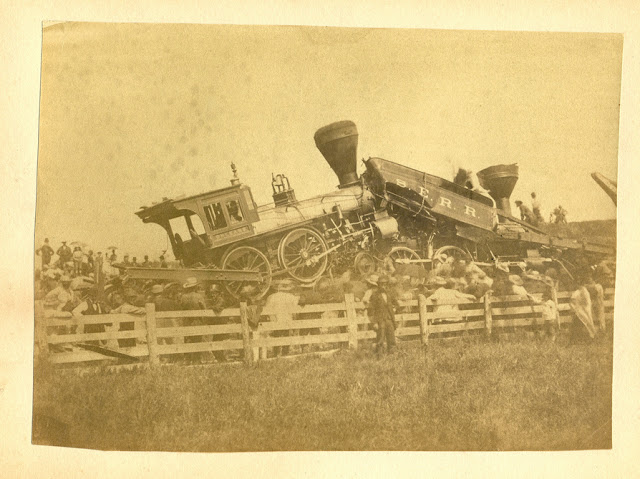 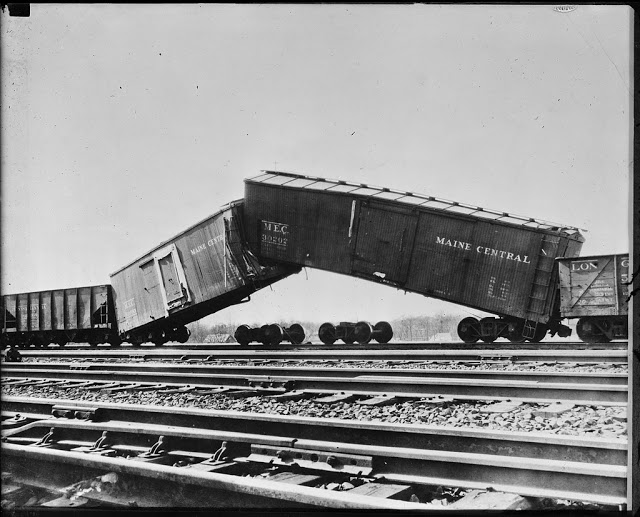 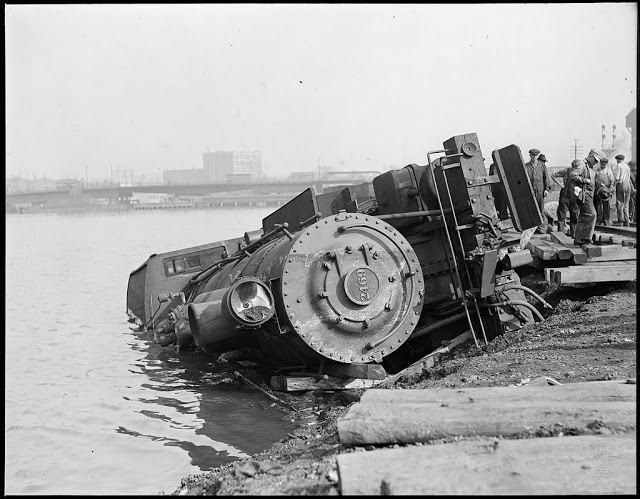 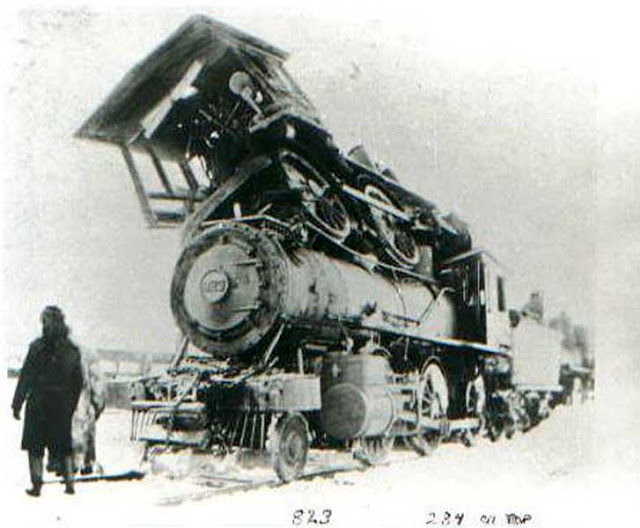 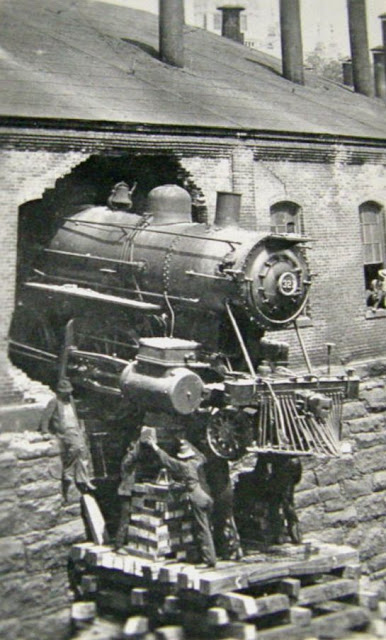 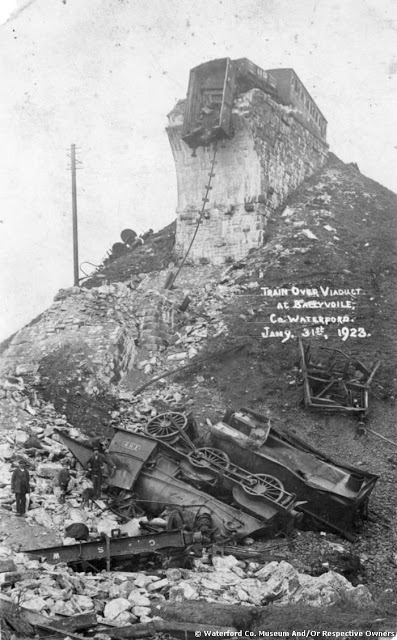 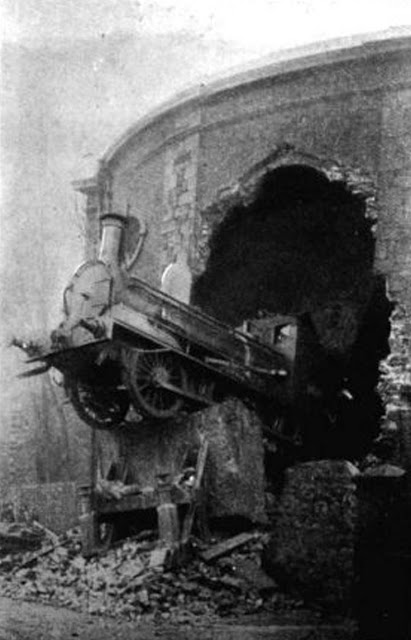 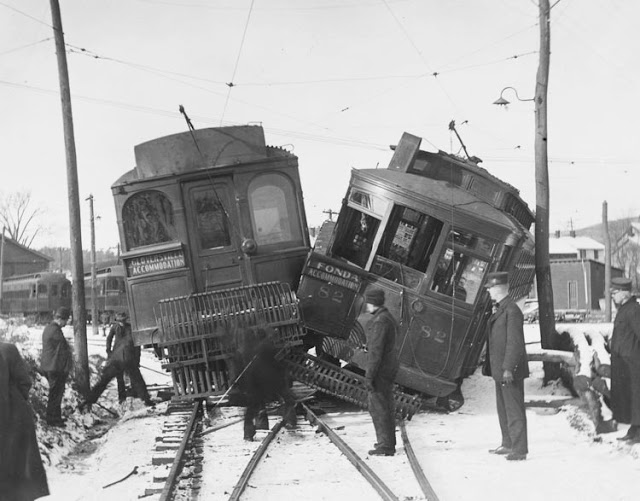 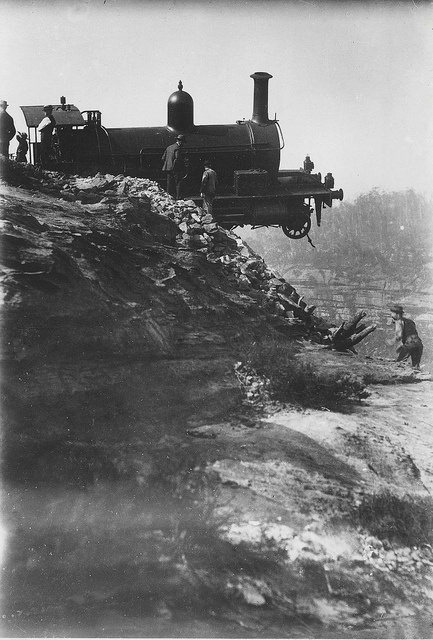 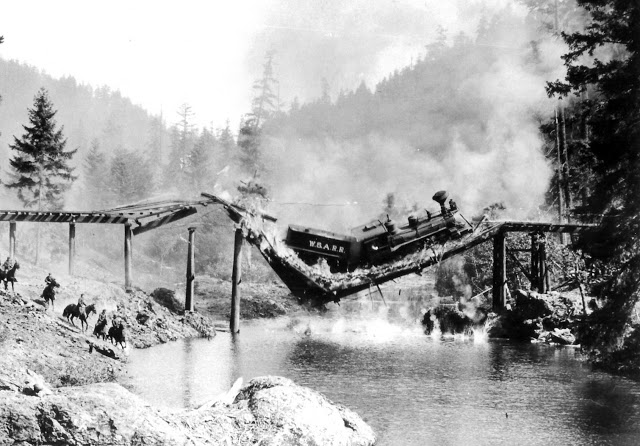 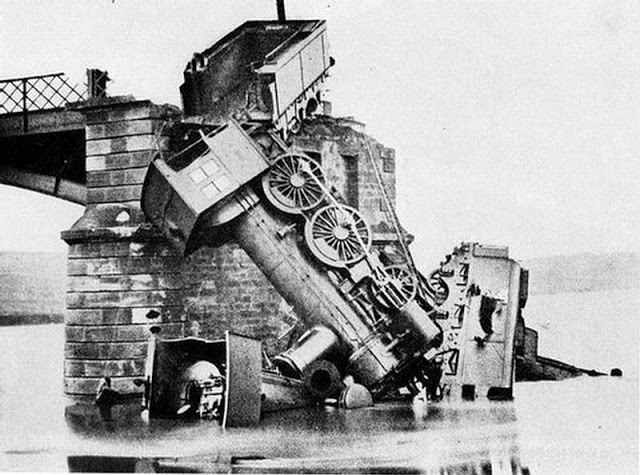 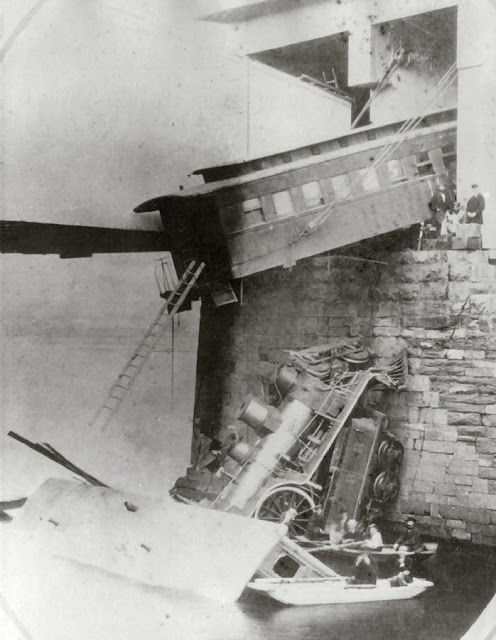 The first recorded railroad accident in U.S. history occurs when four people are thrown off a vacant car on the Granite Railway near Quincy, Massachusetts. The victims had been invited to view the process of transporting large and weighty loads of stone when a cable on a vacant car snapped on the return trip, throwing them off the train and over a 34-foot cliff. One man was killed and the others were seriously injured.

The steam locomotive was first pioneered in England at the beginning of the 19th century by Richard Trevithick and George Stephenson. The Baltimore & Ohio Railroad began operation in 1828 with horse-drawn cars, but after the successful run of the Tom Thumb, a steam train that nearly outraced a horse in a public demonstration in 1830, steam power was added. By 1831, the Baltimore & Ohio Railroad had completed a line from Baltimore to Frederick, Maryland. 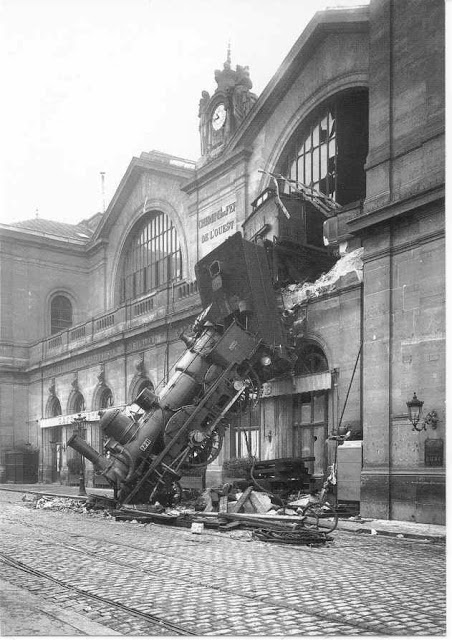 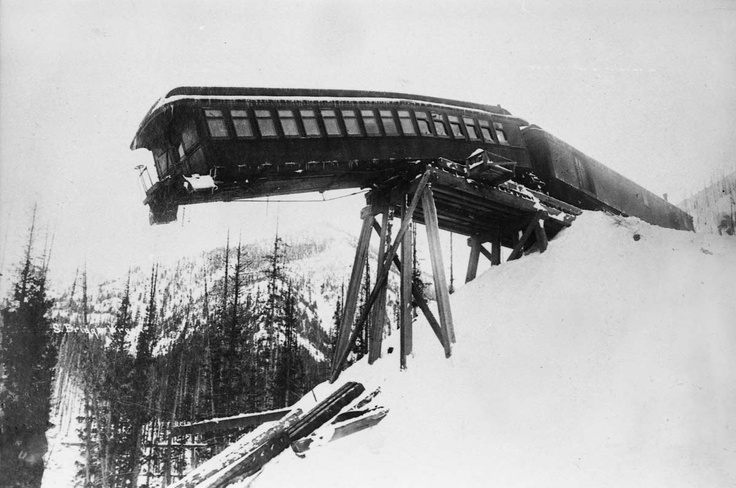 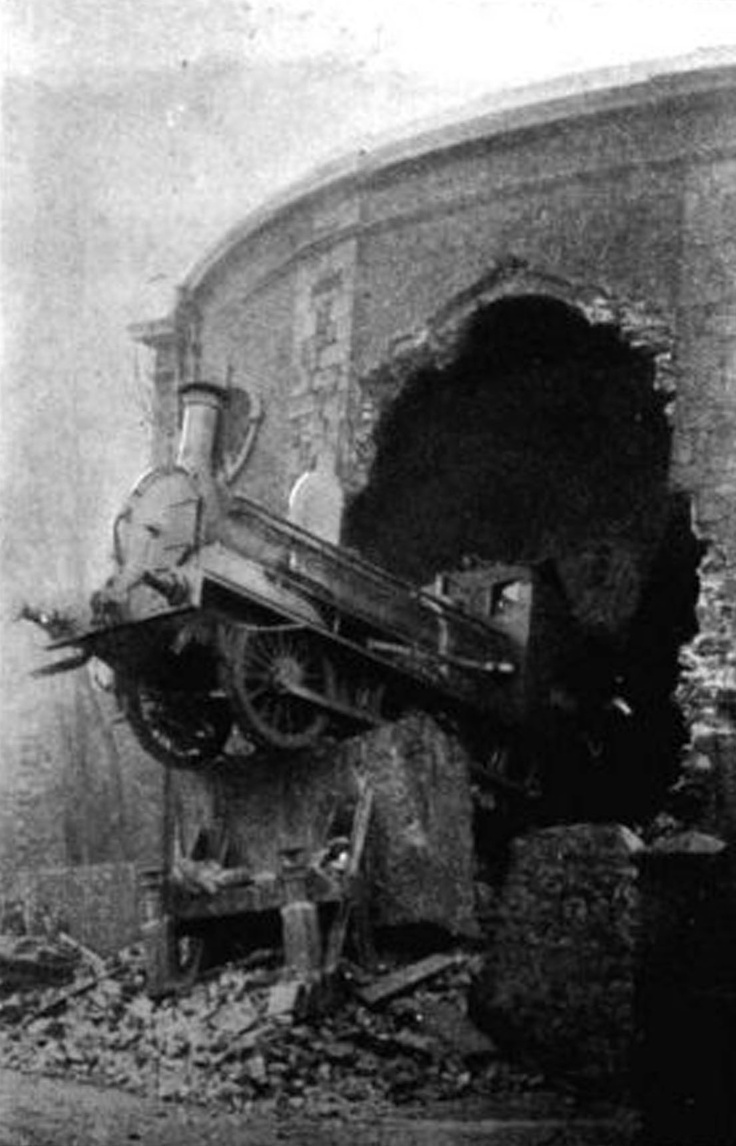 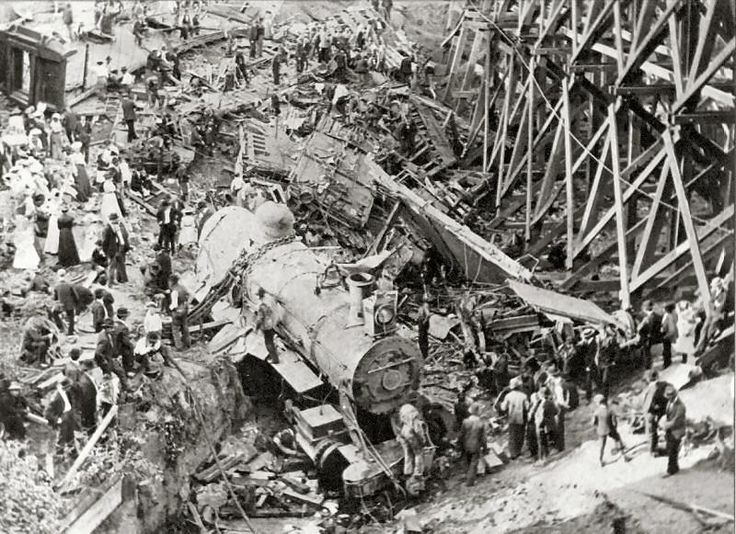 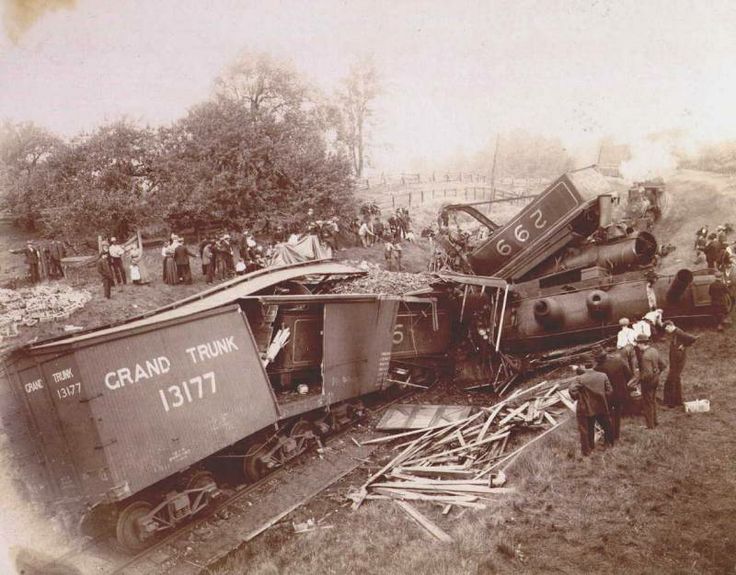 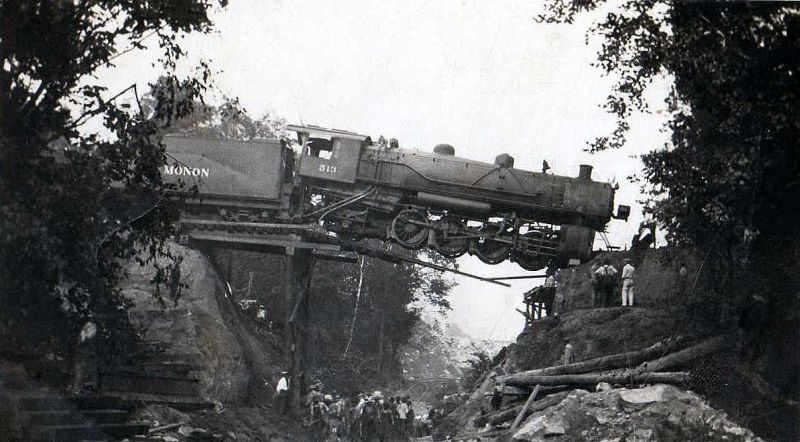 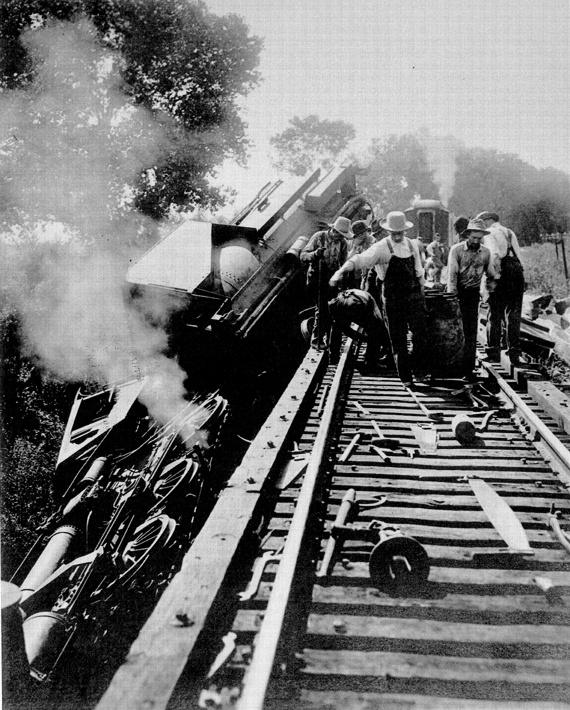 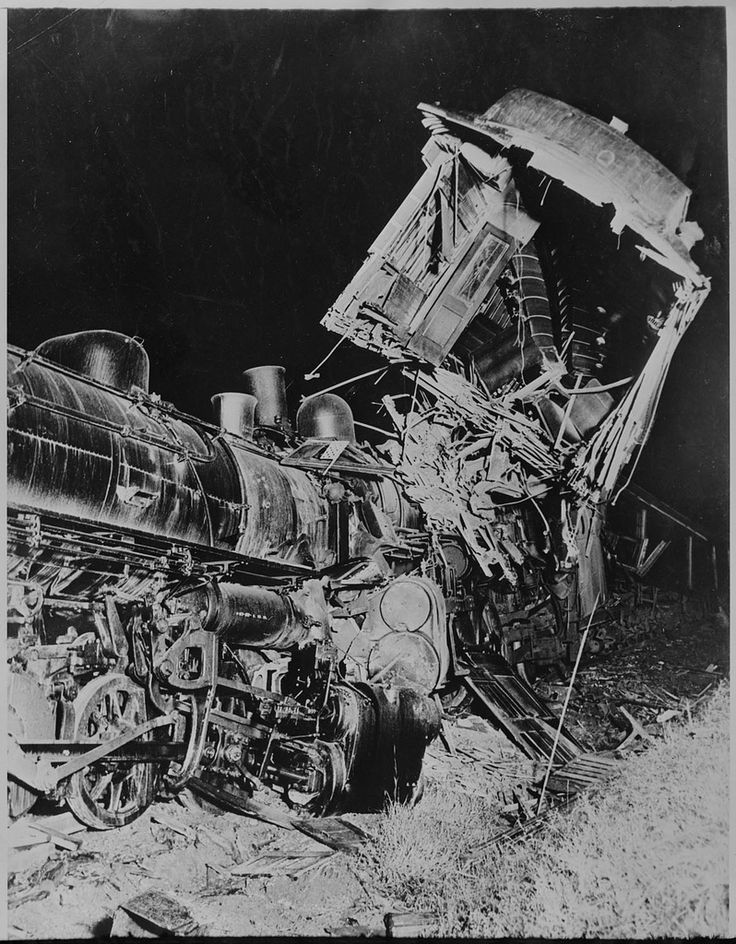 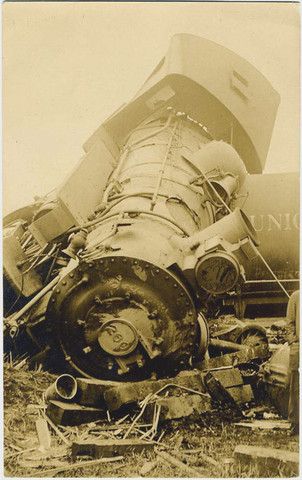 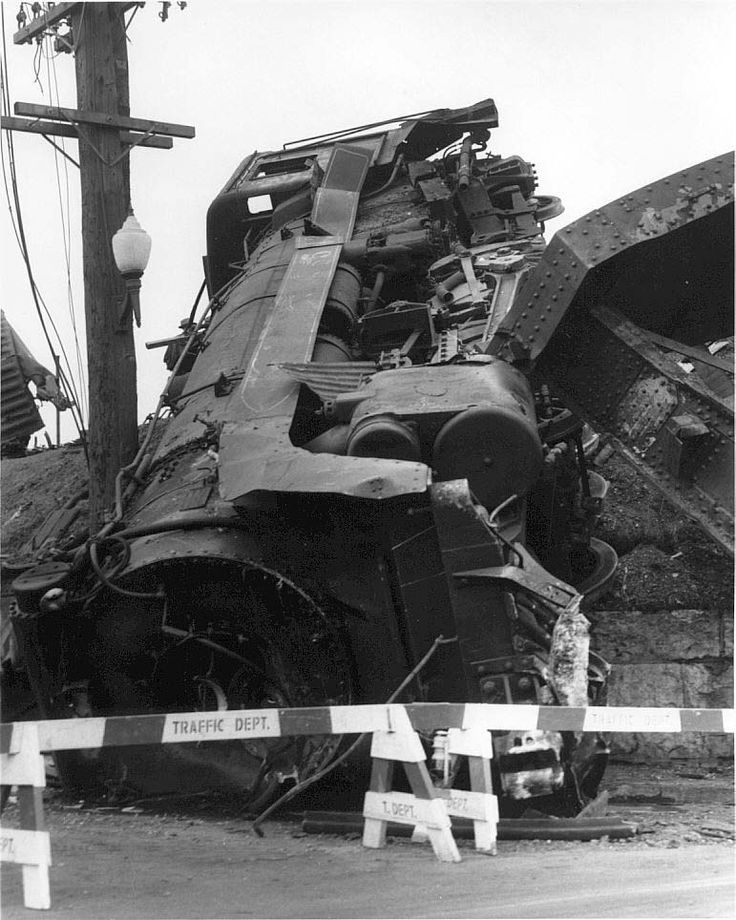 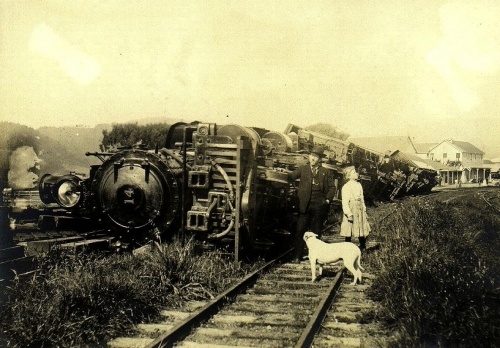 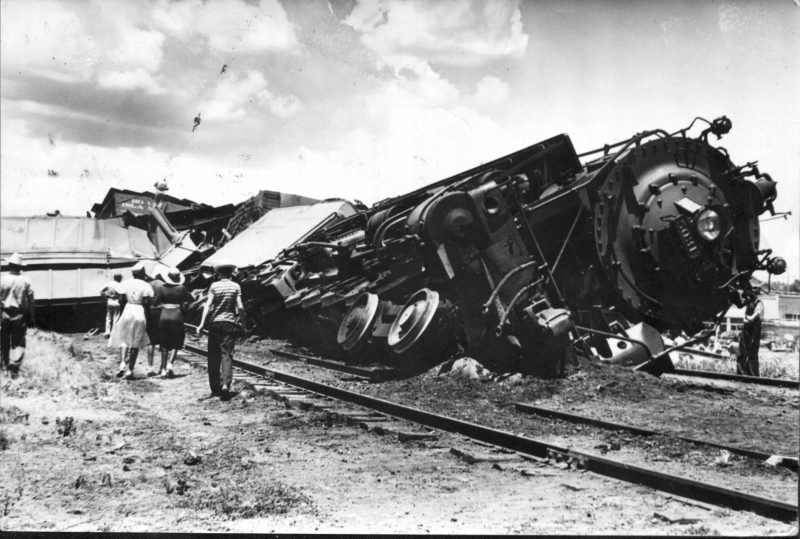 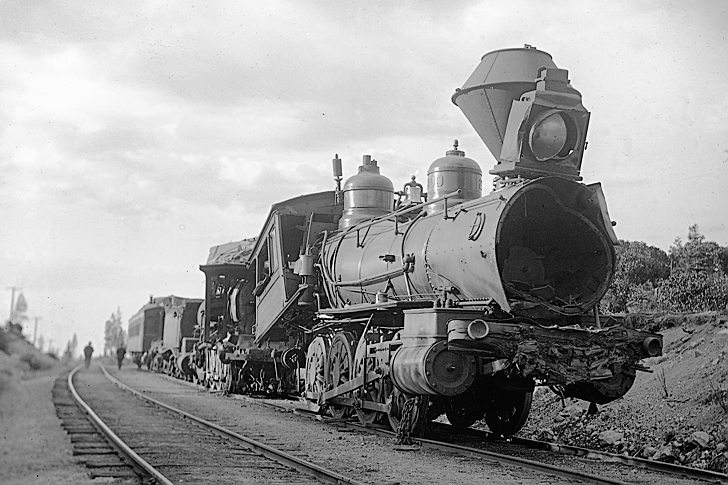 « Now, you can visit the house from the 1983 classic “The Christmas Story”
La Belle – the wreck that laid forgotten for three centuries – it single-handedly changed history »