Coming back: Airships were once the future of air travel – all the rage in the 1920s and ‘30s, 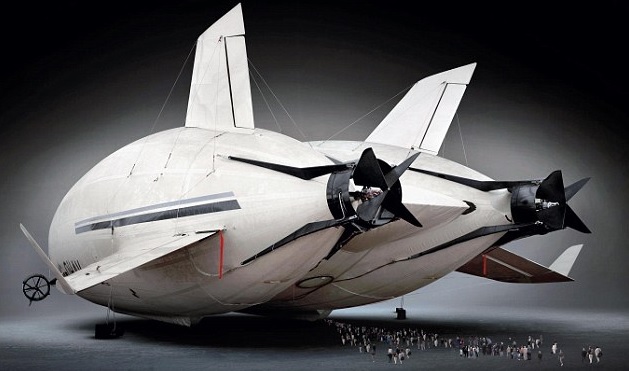 Airships were once the future of air travel. During the 1920s and ‘30s, passengers and cargo weren’t flown, but rather, airlifted to their destination. DULAG, the world’s first passenger airline, operated airships that serviced more than 34,000 passengers and completed 1,500 flights before World War I.Since the 1937 Hindenburg disaster, which killed 35 people in the aircraft and one man on the ground, the idea of introducing another zeppelin model was all but out of the question.  Yet, a few years ago a British team finished a newer design and put it to the test.

There were about 300 people who wanted to ride on the newer model.  The flight took about two days on the new zeppelin, named Hybrid Air Vehicle.  It was a cross between a balloon and aircraft wing, and was filled with non-flammable helium and air.

In the craft, there are dining rooms, a ballroom, bars, and even a casino.  The tickets are equivalent to a club-class ticket, however the passengers were able to eat, drink, and dance on the smooth air vehicle.

The captain does not even need a runway, all he needs is clearance to take off.  He then disengages the hover cushions, which thrusts the 8,000hp engines and powers the ship up to 9,000 feet.

The American Department of Defense has decided to give Britain 315 million pounds to make a design to build the world’s largest flying aircraft.  Apparently, it only takes about four months to build most of the aircraft.  Some will even have top-secret army surveillance put in them so that they can travel to the U.S. army base on the east coast. After flying from England, the HAV aircraft stayed at the U.S. army based awaiting deployment.  It is slated to be used in Afghanistan and is able to circle an area for 21 days.  After further testing,  it has been shown that bullets and missiles can pass directly through the low pressure envelope.

A mixture of 60% helium and 40% air replaces the flammable hydrogen used in older blimps.  What is also nice is that this model is aerodynamic; able to lift easier and faster.  It’s easily able to carry heavy loads even under high wind conditions.  It burns less fuel than a plane and can carry more cargo and landing gear.  It doesn’t require an airport, and it can land on water in emergencies.

The first-ever airship was built by 800 people who worked at Cardington for Shorts Brothers.  They began building it in 1916 and finished the product in 1918.  Due to the war, the station was closed and reopened in 1924 as part of the Imperial Airship Service. 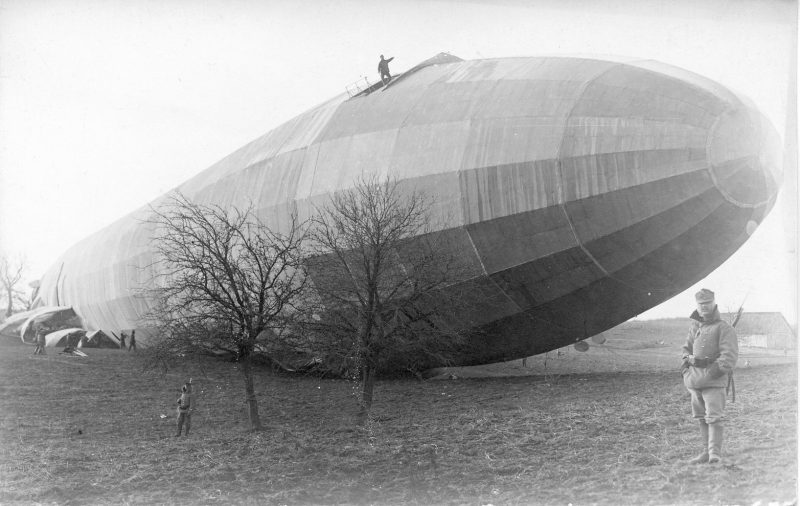 Airship wrecked sometime in WW1 somewhere on the Hungaro-Austrian side

At the time, the 777-foot long R101 was the biggest airship in the world.  However, a trip to India with a stop in Egypt proved to be a terrible journey for the airship.  A message to London said that the passengers were enjoying themselves and weather was decent without any issues.  However, only two hours later everything had changed.  Suddenly the aircraft went into a nosedive and hit the ground at a mere 13 miles per hour.  A fire ended up breaking out after that, and only eight of the 56 passengers and crew survived. 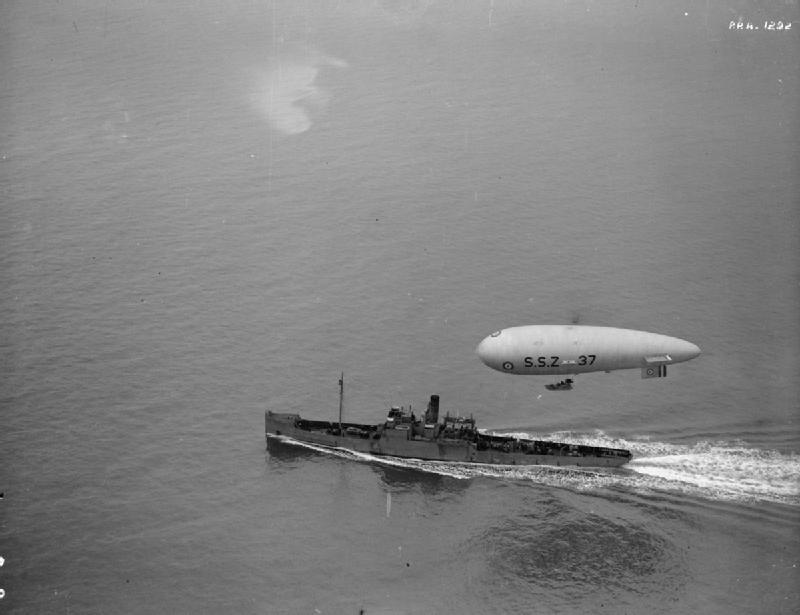 Due to the disaster, new plans for a larger airship were scrapped.  Briefly, during World War II, barrage balloons were used in the war effort, but the airship industry slowly declined.  One man, Roger Munk, spent nearly 40 years trying to come up with the perfect airship.  He also worked on many projects for the American military.  However, there was the constant reminder that any one of those possible models could go up in flames.  In 1995, there was a fire that erupted during welding work in North Carolina; the Sentinel 1000 blimp was destroyed. Munk did not give up easily, he and his team flew a prototype in 2000.  This prototype ended up winning a U.S. military contract, however Munk was not able to receive the award; he died from a heart attack in 2010.

After that award, the small team has multiplied into a team of 100 members.  The builders were able to have twice as much room to build and plan, but the team did not design anything new – it went back to some of the older prototypes and revised them.  This proved to make a major difference in the final product.

Blue Bear Systems Research helped design the flight-control system, which allows the blimp to launch and fly itself with a pre-programmed route.  There is also the option of flying either remotely or with a three-man crew.  It takes about 100 hours to train as a pilot for the air vehicle; many airplane pilots have had difficulty in transitioning since the air vehicle does not respond like an airplane.

Once the blimp prototypes are approved for public use, the companies hope that the passengers will once again be able to have this option for air travel if they wished.