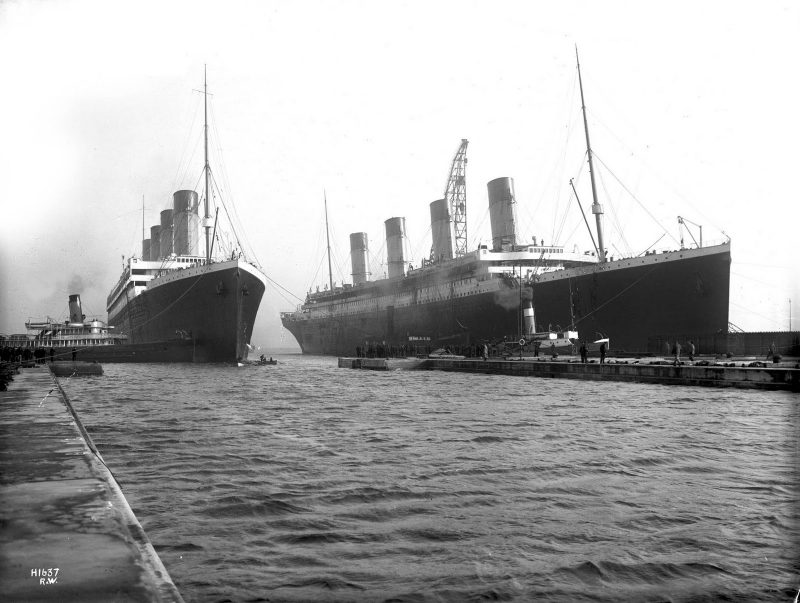 The Titanic sinking was a huge disaster not only for the hundreds of people lost, but for the company and owners of the ship as well. Over 100 years after the tragedy, a letter from the ship’s owners to a family of a dead officer has been made public. The letter requests that the dead officer’s family pay a large sum of money to return his body to England. It is dated May 7, 1912 and was sent from White Star Lines to Christopher Moody. Moody was the brother of 24-year-old officer James Moody, who died after the Titanic crashed into an iceberg and sank.

In the letter, the company demanded 20 pounds (today’s equivalent is 2,000 pounds) to return James Moody’s body to England. However, in order to do so Christopher Moody would have to pay for the balance of the transport once the White Star Line got the body as far as the port of Southampton. The company would transport the body across the Atlantic to Liverpool or Southampton, but will not go any further. The letter went on to say that if Christopher Moody would accept that arrangement, he would have to telegraph a deposit in case there were charges due during the process. The company also suggested that James Moody could be buried in Halifax where the other survivors lived and even offered to send a photograph of the tombstone to the family.

Shockingly, James Moody’s body had not even been recovered at the time his brother received the letter from the company. What’s more, the bosses who sent the letter would have known whether or not the body was found, as each person was cataloged after having been found. However, the company did not seem to care when they sent the letter. In truth, James Moody’s remains have never been found. After the Titanic struck the iceberg, he helped passengers get into lifeboats, declining a space on a boat himself.

James Moody was one of over 1,000 passengers on the ship. The Titanic sunk only two days after the ship set out on its maiden voyage on April 14, 1912. Moody was Titanic’s sixth officer and was the only officer to die, staying behind on the ship to help passengers. All other officers left the ship.

Officer Moody was born in Scarborough in 1887. He was privately educated and then sent to King Edward VII Nautical School in London. After that, he passed his masters exam in 1911 and became an officer. He was originally put on Oceanic, the Titanic’s sister ship, but was transferred to Titanic just months before the tragedy.

The letter was only revealed to the public after it was brought to an auction. A private collector acquired the letter directly from Moody’s family. The letter’s worth could reach nearly 2,500 pounds at the auction.

The bodies that were found immediately were taken to New York and cataloged. Once they were cataloged, they were identified and taken by the families. According to Aldrich, many people might probably think that the letter was an accident, however, it is clear the bosses knew exactly what they were doing. He also wonders just how many people received the same kind of letter Christopher Moody did.

« This ancient underground city of Derinkuyu was discovered beneath a house, more than fifty years ago
Built in 1841, The Charles W. Morgan is the last wooden whaleship in the world and the oldest surviving American commercial vessel still afloat »