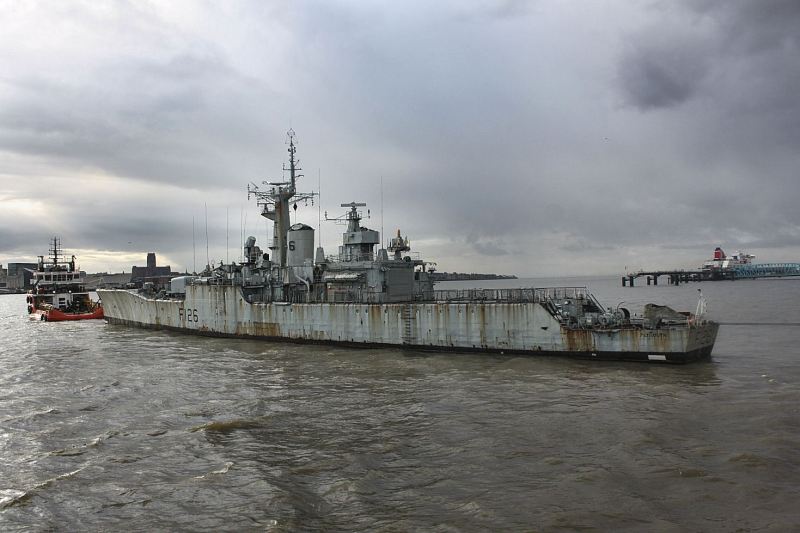 Like many great warships, one ship has come to the time when it is no longer usable; therefore, the only option is to scrap it. This is the HMS Plymouth, which served during the Falklands War. It was the frigate that caused Argentina’s surrender, sailed the seas one more time – to the a breakers yard in Turkey. The Royal Navy ship had set sail from Birkenhead docks in Liverpool to make its final journey to Turkey, where it will sit for the rest of time.

Many people have fought to save the ship from being scrapped due to the fact it served in a few battles before the Falklands War in 1982. It was in service for nearly 25 years before being decommissioned in 1988. Members of the HMS Plymouth Trust raised money for legal action to have the ship saved and berthed at the Vittoria Dock. Peel Ports, which owns the docks, said that the best choice was to scrap the ship. The company would not give out the details of the ship’s final destination. 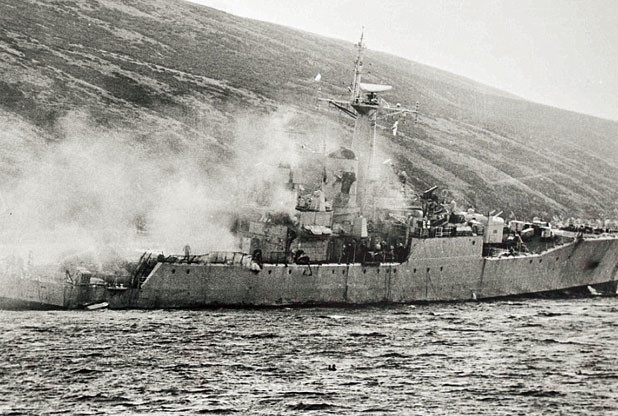 A Peel Ports spokesman said that if people had enough money and an actual plan to keep the ship maintained, it wouldn’t have been an issue keeping it at the docks. However, since it has been in the same place for several decades collecting rust, the better choice was to scrap it. They also said that the company itself has no expertise on how to preserve or restore historic ships such as the HMS Plymouth. They believed they were taking a responsible action by scrapping it. 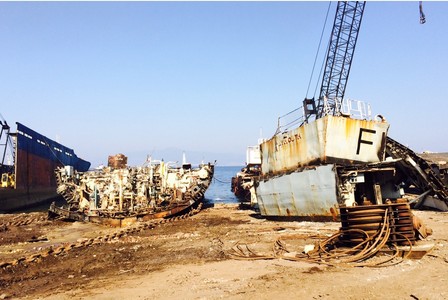 HMS Plymouth – or what’s left of her. source

The HMS Plymouth displacement was over 2,000 tons and is the last Rothesay-class type 12 Frigate to be still functional. It was first launched on July 20, 1959 in Devonport Dockyard in Plymouth by Viscountess Astor. After passing her tests, the ship was commissioned into the Royal Navy on May 11, 1961. She then sailed to South Georgia with Royal Marines and SAS on board in 1982. That is when the ship took part in the Falklands War.

During the war, the ship provided gunfire support. Once the Argentinian army knew they couldn’t retaliate, the garrison at Grytviken surrendered under Lieutenant Commander Alfredo Astiz’s orders. He signed the surrender document in the wardroom of the HMS Plymouth.

After the surrender, the ship went on to cover for aircraft carriers and sea vessels. The HMS Plymouth was the first to enter San Carlos Water and was attacked, getting damaged in the process by five Mirage fighter jets.    After this attack the ship returned to Rosyth for repairs in July 1982. It had traveled nearly 34,000 miles, fired over 900 4.5-inch shells, and destroyed five enemy aircraft. 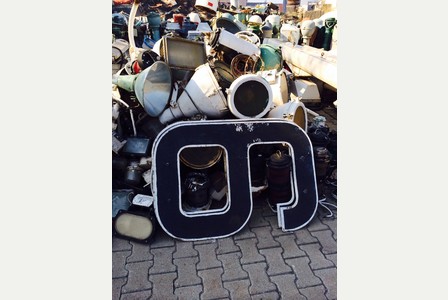 The spokesman for Peel Ports said that the Historic Warships Preservation Trust rented a berth for the HMS Plymouth in 1990. This was within the East Float, Birkenhead from the Mersey Docks and Harbour Company. However, when the Trust went into liquidation, the HMS Plymouth became Peel Ports’ legal responsibility by default. The Peel spokesman said that they had understood Plymouth City Council had attempted to acquire the vessel and display it in 2007, but it was abandoned when a suitable berth couldn’t be found for it.

A photographer on site, David Billinge, decided to capture the ship’s last moments before taking off for good. He said that the ship had so much history and it was sad it had to be scrapped just because of the lack of funds to preserve it. The members of the Trust had worked hard to change that, but no one was interested in the preservation. 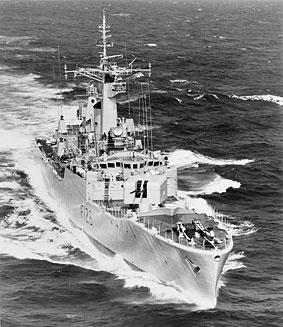 On the day that the ship took off on her last voyage, over 50 men who had served on the ship came to say their goodbyes. They decided to hold a memorial on the 30th anniversary of the end of the Falklands War, May 2012. At the ceremony, the Commander Officer during the Falklands War, Captain David Pentreath, said that it was sad to see the ship leaving. However, the spirit of the ship would live on in the men who fought on it. The reputation of the ship would be a happy one, but the goodbyes would be tinged with sadness. He also said that it is sad just how little interest people have for the preservation of maritime heritage, and that this resulted in the need to have the ship scrapped.

« The Giant of WWII- Messerschmitt Me 323 Gigant was the largest land-based transport aircraft of the war
Preston Mill-The oldest surviving watermill in Scotland, ca. 1650. »