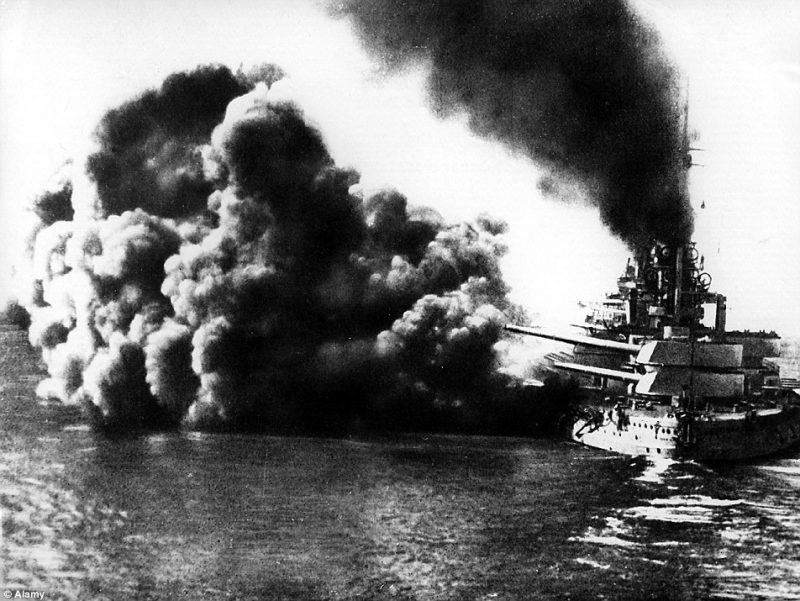 Looking like a small ridge at the bottom of the North Sea, the images actually show the 99-year-old remains of the vessel which was a victim of the largest naval battle in history

Nearly a century ago, during World War I, the Royal Navy sunk one of Germany’s flagships. With the help of new, state-of-the-art sonar technology, the location of the ship has finally been revealed.

During the Battle of Jutland in 1916, the SMS Lutzow was sunk. SMS Lutzow was found by the HMS Echo on a survey voyage on the Cimbrian Peninsula off the coast of Denmark. With the help of the new 3D scans of the radar equipment, it was able to capture the photos of the SMS Lutzow, which was originally commanded by Admiral Franz von Hipper. 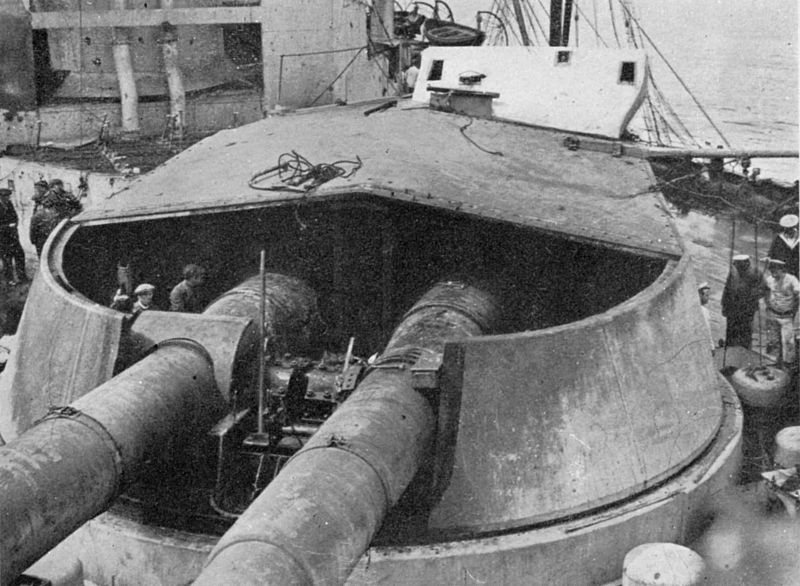 Although the 3D radar image doesn’t look like much, the small ridges on the bottom of the North Sea show the 99-year-old vessel. The vessel was actually a part of the largest naval battle in history. SMS Lutzow and its sister ship Derfflinger were actually two of the largest and most powerful battle cruisers during World War I. The Lutzow had joined Admiral Hipper’s I Scouting Group just two months before the Battle of Jutland. It ended up suffering significant damage during the battle and had to withdraw to head back towards port. The damage the Lutzow sustained on June 1, 1916 was too significant, and the crew had to abandon the ship. 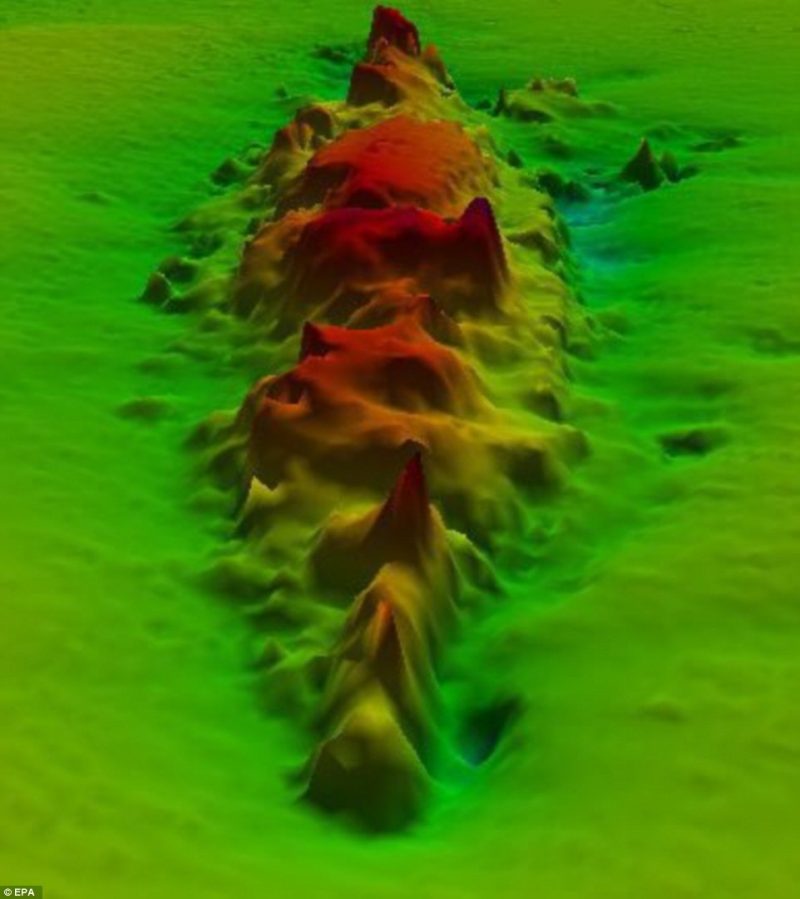 The scan is just one image of the largest naval battle in history. Although it may appear to be a small ridge at the bottom of the North Sea, this is in fact SMS Lutzow, Admiral Franz von Hipperís Flagship, scuttled during the Battle of Jutland in 1916 source

In June of 2015, the Echo used sonar equipment to produce images from the Battle of Jutland and to deploy a tidal gauge. On the Echo’s recent return to recover the tidal gauge, the crew decided to look for the Derfflinger battle cruiser one last time before giving up on the mission. The crew members were glad they did one more search, as they found just what they were looking for.

The Echo’s commanding officer, Commander Philip Newell, said that the images will finally support the rumor that the ship was sunken in the area. It will also be recognized as a war grave. He added that the war grave will be a constant reminder of the lives that were lost on both sides of the war. The final images have been provided to the UK Hydrographic Office and the National Museum of the Royal Navy. 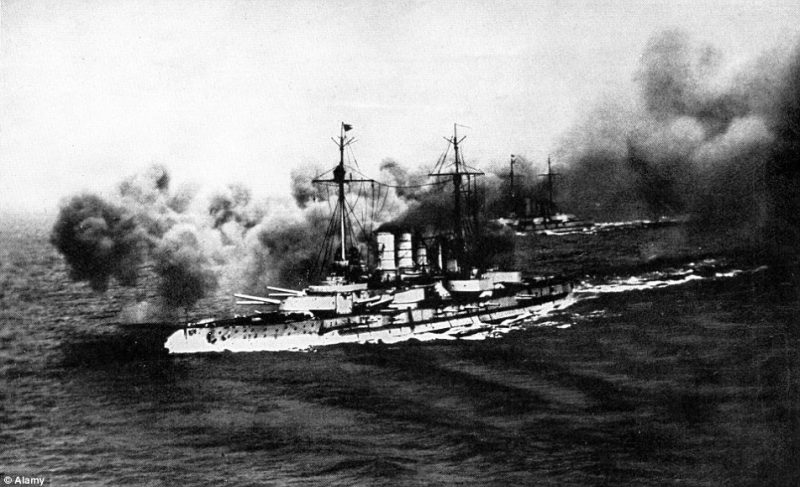 Fourteen British and eleven German ships were sunk, with great loss of life; more than 6,000 on the side of the Royal Navy and 2,500 Germans.

The SMS Lutzow was the second Derfflinger battle cruiser that was built by the German Kaiserliche Marine. It was ordered as a replacement for the Kaiserin Augusta and was launched on November 29, 1913.

The ship was named after the Prussian general Ludwig Adolf Wilhelm von Lutzow, who fought in the Napoleonic Wars. Lutzow was commissioned on August 8, 1915 but did not join the I Scouting Group until March 20 due to engine damage during the trials. Because of this issue, the ship did not see much action during the war. The ship took part in only one bombardment, called the Bombardment of Yarmouth and Lowestoft on April 24th and 25th, 1916. During those two battles, Rear Admiral Franz von Hipper was on sick leave, so the commander was Rear Admiral Friedrich Bodicker. 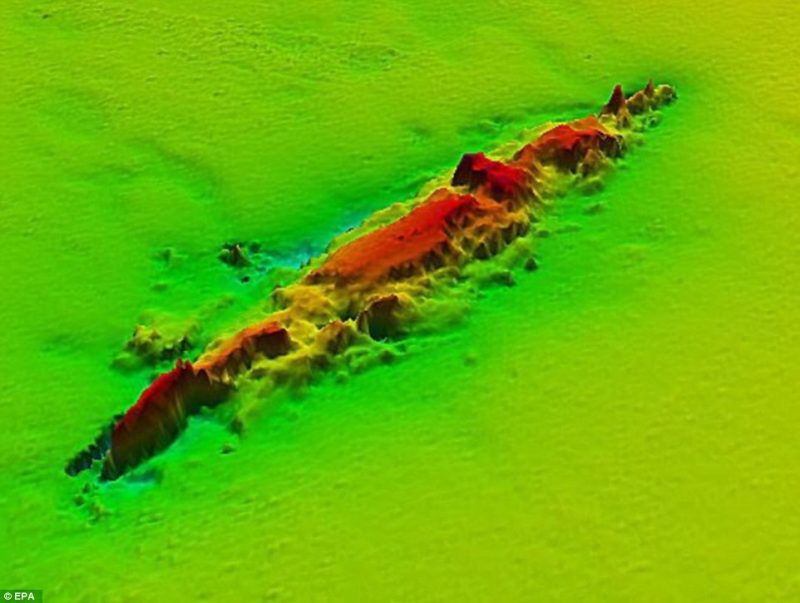 The final resting place of SMS Lützow, scuttled during the Battle of Jutland in 1916, was found by HMS Echo on a surveying voyage on the Cimbrian Peninsula off the coast of Denmark. This is the 3D scan of where the ship lies beneath the water off the Danish coast source

The Seydlitz, Derfflinger, Lutzow, Moltke, and Von der Tann left the Jade Estuary at 10:55 am on April twenty-fourth. The battle cruisers were supported by a screen force of six light cruisers and two torpedo boat flotillas. The units of the High Seas Fleet sailed at 1:40 in order to provide the support for Bodicker’s ships. The British Admiralty was then made aware of the German sortie through interception of German wireless signals; they deployed their Grand Fleet at 3:50. After those two bombardments, the Battle of Jutland was on. During the battle, the Lutzow ended up sinking the British battle cruiser HMS Invincible. It is sometimes given credit for the destruction of HMS Defence as well. The Lutzow was damaged when 25-caliber shells hit it. The bow ended up flooding and the ship was unable to return to port. The crew evacuated and the ship was then sunk by torpedoes.