10,000BC: How to live in the Stone Age and find that cavewoman in you 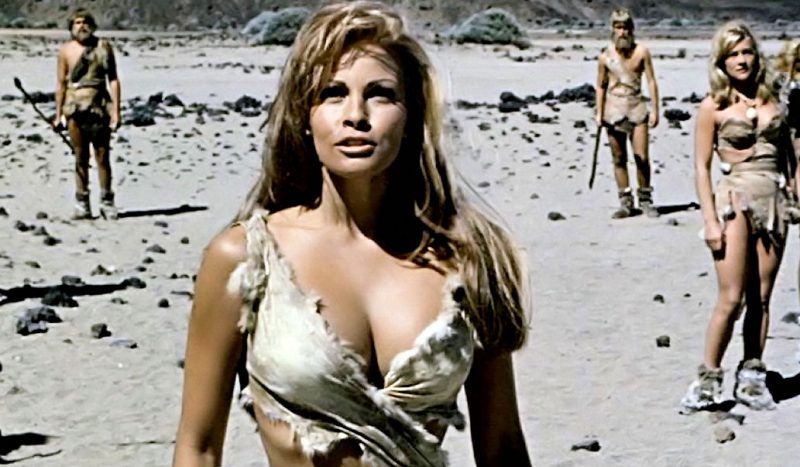 You’ve probably heard of television shows like Survivor and Naked and Afraid, where people decide to give up their homes, technology, and contact with the outside world for the chance to win money and prove that they can survive out in the wild. Apparently these shows are a huge hit, and a new one called 10,000BC will entertain those who enjoy the raw survival skills people develop on those shows.

The series will show how a group of 24 men and women stayed in Bulgaria for two months, living life like Paleolithic humans did. Each person lived in a hut and fended for themselves in trying to find food. They had to learn how to hunt, fish, or forage for the two whole months, most likely having had to make their own weapons as well.

The host of the show, archaeology student Klint Janulis, is using his experience of his ongoing research on the Stone Age. As the men and women make new lives for themselves for the next two months, Janulis will observe every person on the show.

Janulis has recently built an exact replica of a Stone Age camp in Oxforshire in order to study the design of a Paleolithic camp and to aid the research efforts of other students at the University of Oxford Paleotechnology Society. 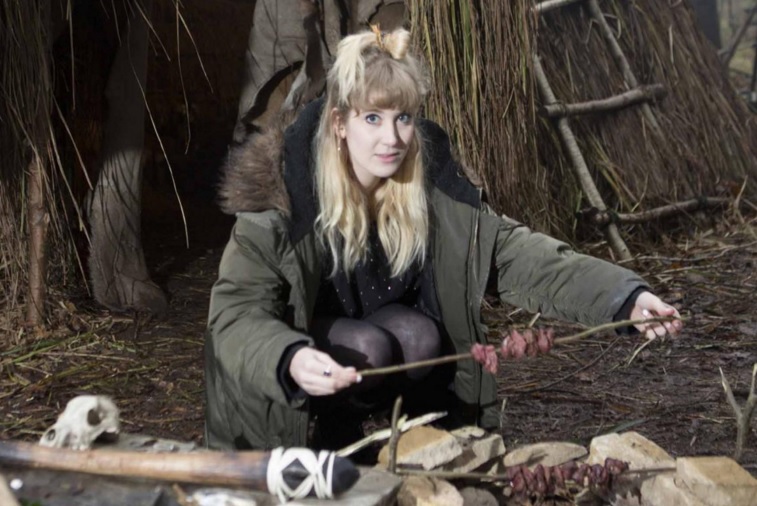 The real value of the show lies in whether we can kill, gut and cook a boar. source

Recently, a reporter went to the replica camp to get an idea of what the reality stars went through, which is also a sneak peek in what our ancestors went through as well. The reporter found all over the ground at the camp site flint axes and clubs that were carved out of antlers. There was also venison cooking on the fire, along with utensils carved from flint and stone near the site.

Although this is the site that Janulis created, it is almost an exact replica of the area in which the stars got to live. However, the stars were given pre-made tools for hunting wild boar and deer. They were taught how to mend the tools that they were given in case they broke. If they did not learn it, they would have to go meatless for weeks, enduring a weak diet throughout their stay. The biggest difference for the stars was that they had to learn everything from scratch, whereas hunter-gatherers would have been taught at a young age, passing it on from generation to generation.

Janulis said that none of the cast was a hunter so that made it even more difficult to learn how to survive. However, he said that the cast learned quite fast and knew what had to be done. The group was divided into two tribes which then had to elect a leader.

One tribe’s leader, John, had the females cleaning up the camp and generally making them take on a more traditional role. Janulis said that this is what John had in mind, thinking back to what hunter- gatherers might have done in the Stone Age. This action he took as a leader was kind of a glimpse into how some men still think to this day – that women should take on traditional roles.

The other tribe’s leader, who happened to be a woman, was nominated. Janulis said that Suzanne took a whole different approach to leading her tribe than John did. He said that she never once asserted her dominance over the tribe members. She worked with them, problem-solving with the rest of the members and knowing how to make things work well. 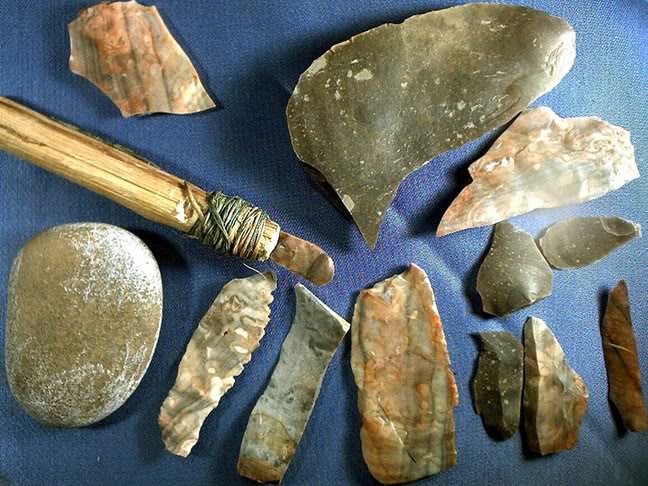 The wooded site is littered with flint axes and clubs carved out of antlers. source

Janulis gave an example where Suzanne thrived as a tribe member. She built the huts next to the lake, where crayfish was an easy and plentiful food source. Janulis stressed that the way she made that quick decision for building the huts near the lake should have people reconsidering the gender stereotypes that hang around today. He believes that women had a larger role during the Stone Age than people may think.

Janulis told the reporter how one of the major skills people acquired during the Stone Age was how to make cording out of cedar bark. These cords allowed the people to fasten, loop, and even build binds.

In order to pass the time, Janulis told the reporter, the cast made their own paints and paint brushes. Janulis and the cast mixed charcoal for the color black, red ochre, yellow ochre, and white to add variety. He then used the willow strips that worked as tooth brushes, fashioning them into paint brushes. He and the cast then used stretched rabbit skin as the canvas.

While the show tries to make the experience as real as possible, they had some limitations in order to ensure the cast’s safety. For example, during the Stone Age, people used water receptacles, and it was felt that would have been too dangerous. If someone had gotten nasty water, they could have gotten really sick. Another issue was whether or not the plant life near the site was safe to eat. The cast would leave the plants they found to the scientists on site, who would test the plants before giving them back when they were deemed as safe to eat.

Another issue was that it snowed on scene, and the survival experts had to intervene and evacuate the camp briefly. What the scientists really wanted to get out of the show is the nature of the group as people try to survive.