Behind the Scene Photos: Some Like it Hot starring Marilyn Monroe

Some Like It Hot is considered to be one of the greatest film comedies of all time. It was voted as the top comedy film by the American Film Institute on their list on AFI’s 100 Years… 100 Laughspoll in 2000. The film is also notable for featuring cross-dressing and homosexuality, which led to it being produced without approval from the Motion Picture Production Code. The code had been gradually weakening in its scope during the early 1950s due to increasing societal tolerance for previously taboo topics in film, but it was still officially enforced. The overwhelming success of Some Like It Hot was a final nail in the coffin for the Hays Code

A Different Angle Of The Film’s First Quick Kiss 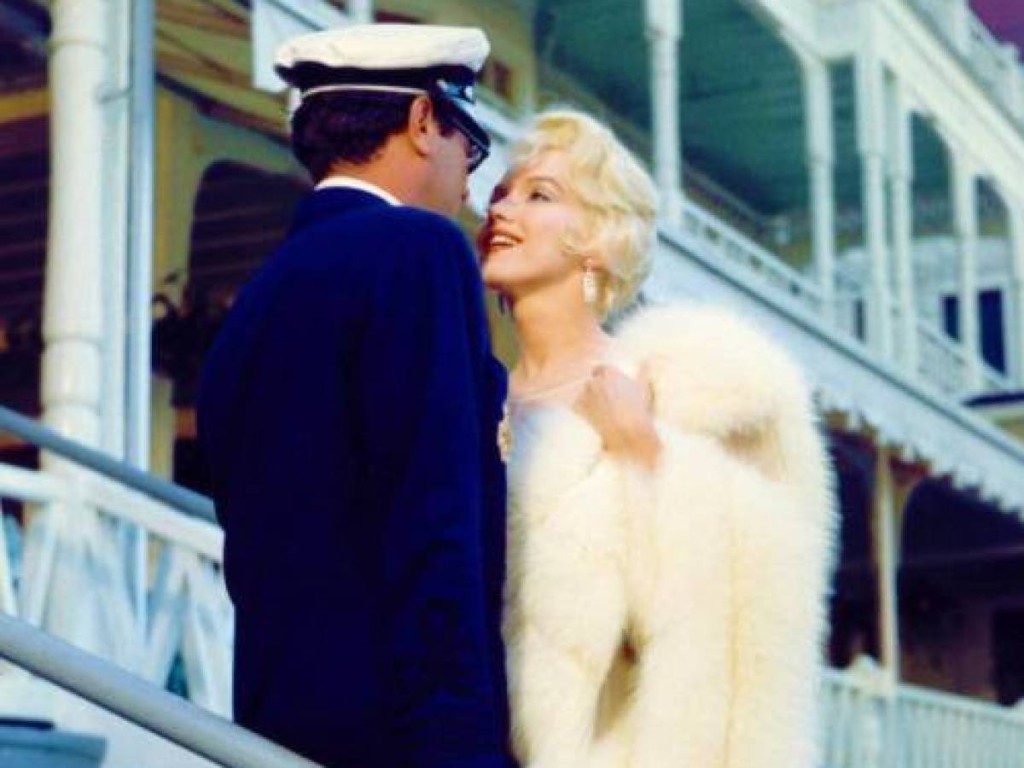 A Different Perspective Of The Film’s Train Rehearsal 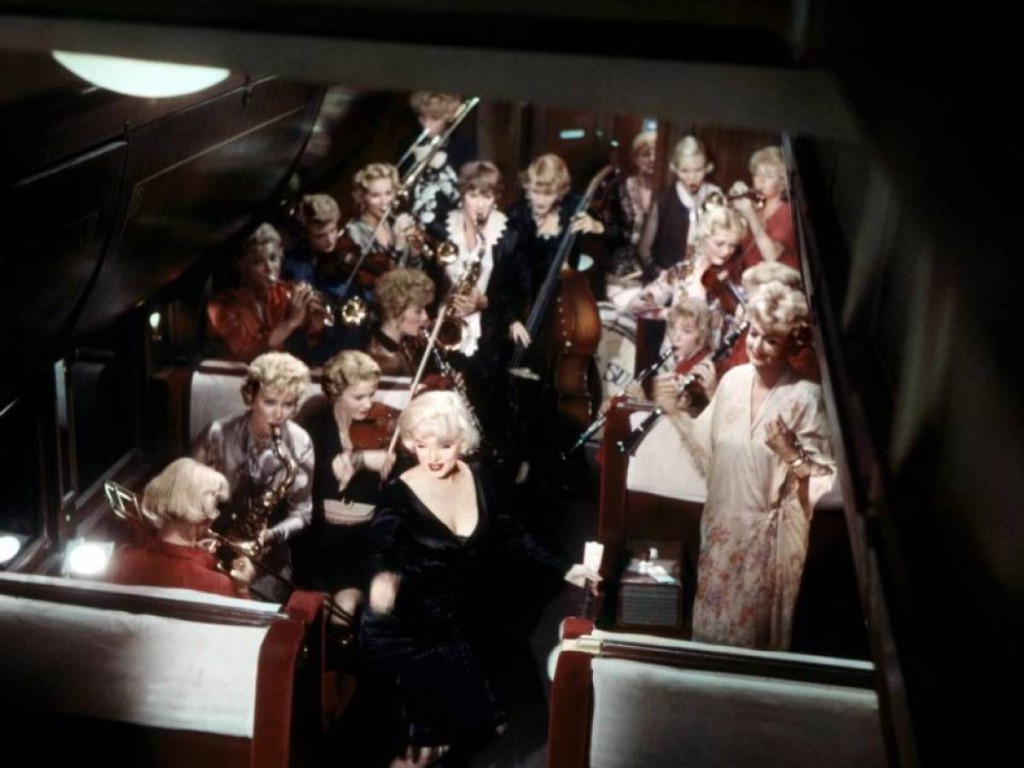 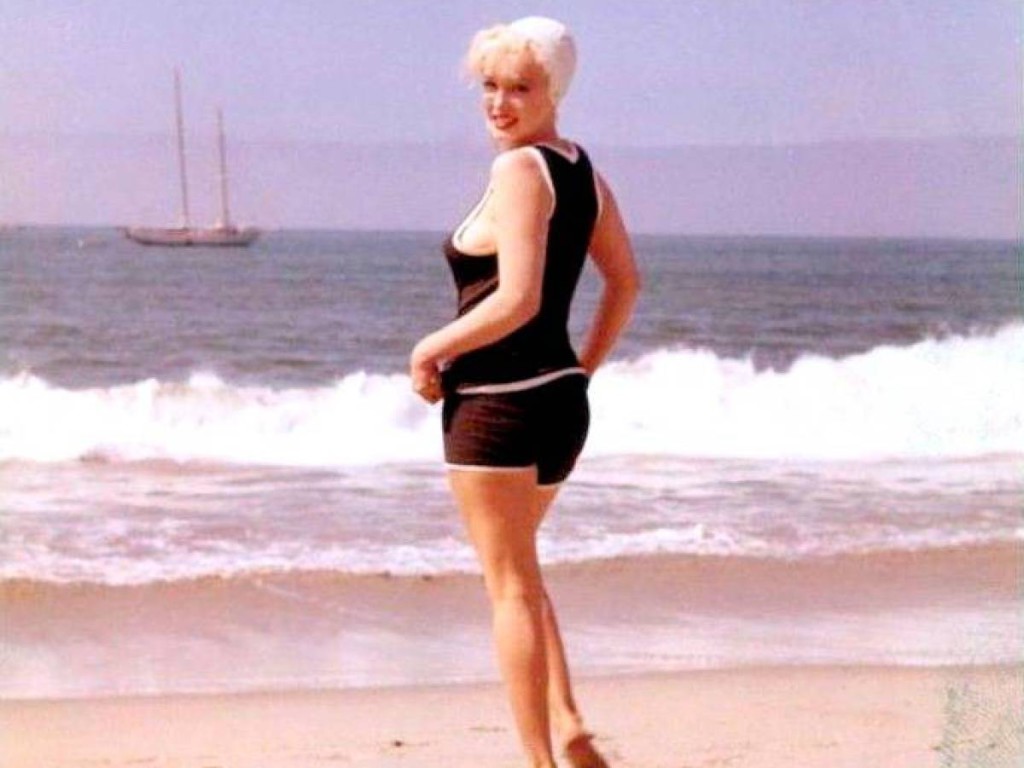 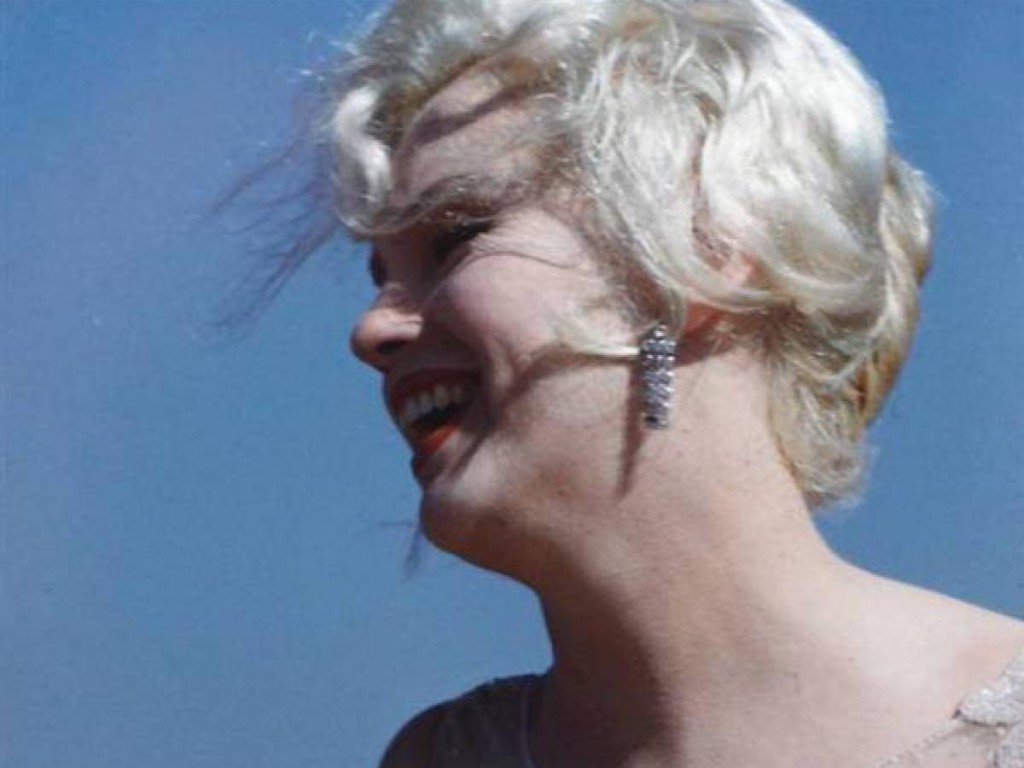 Coloring In The Context To The Film’s Ship Seduction Scene 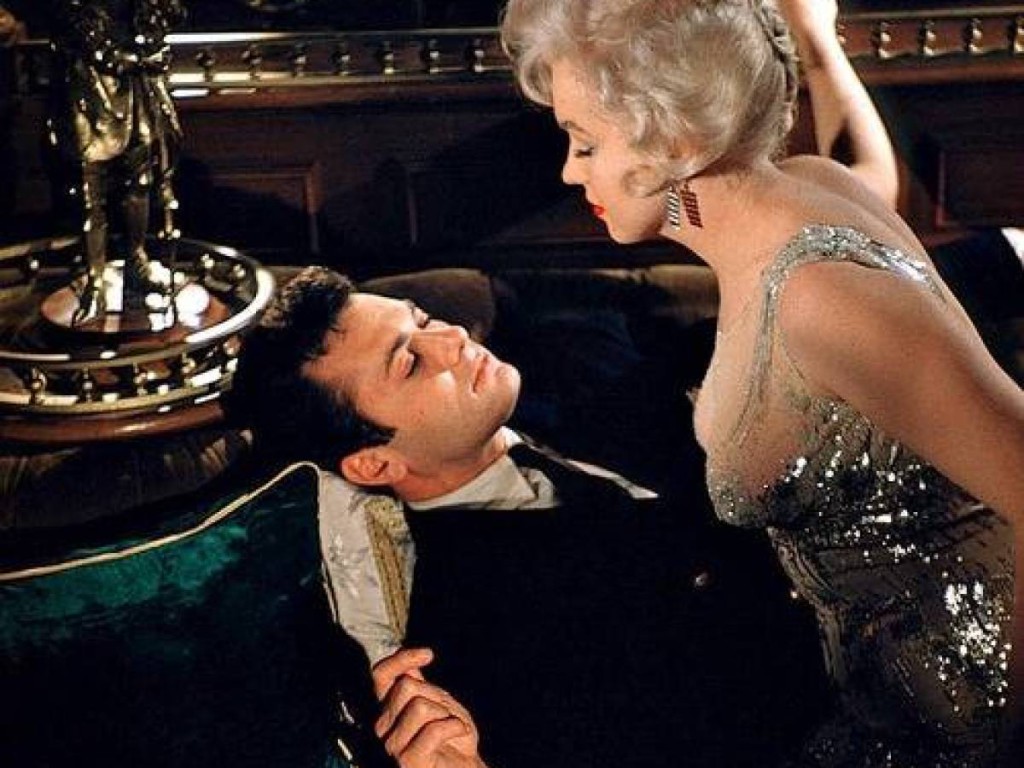 Curtis And Lemmon In Costume Walking Through The Back Lot 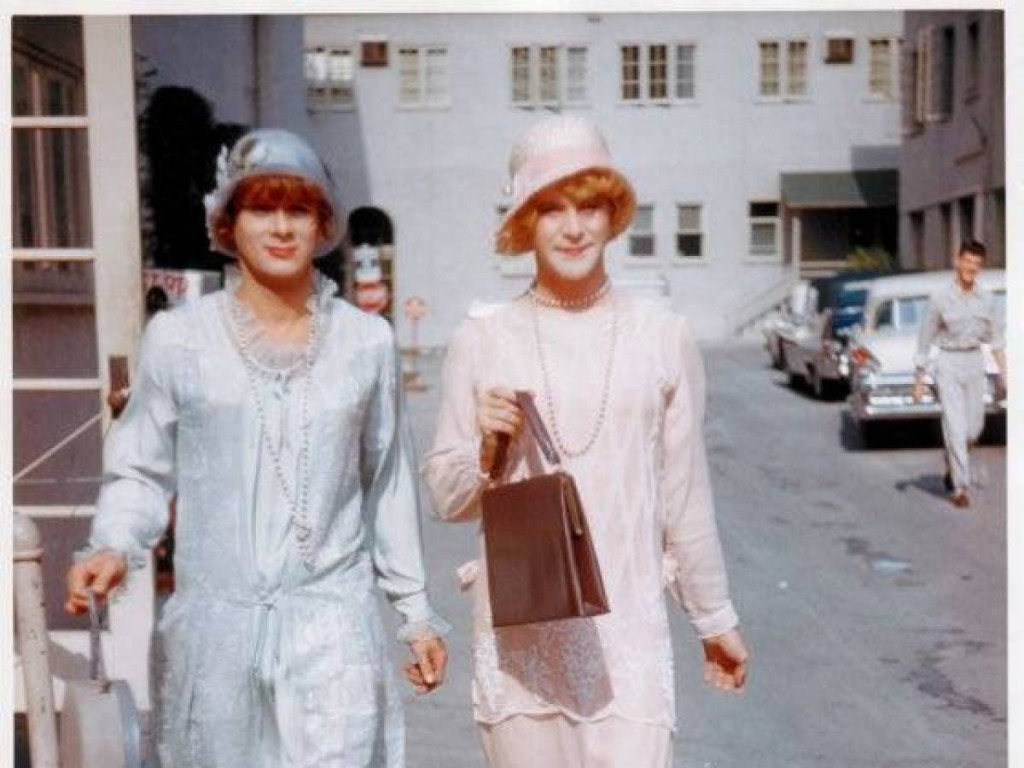 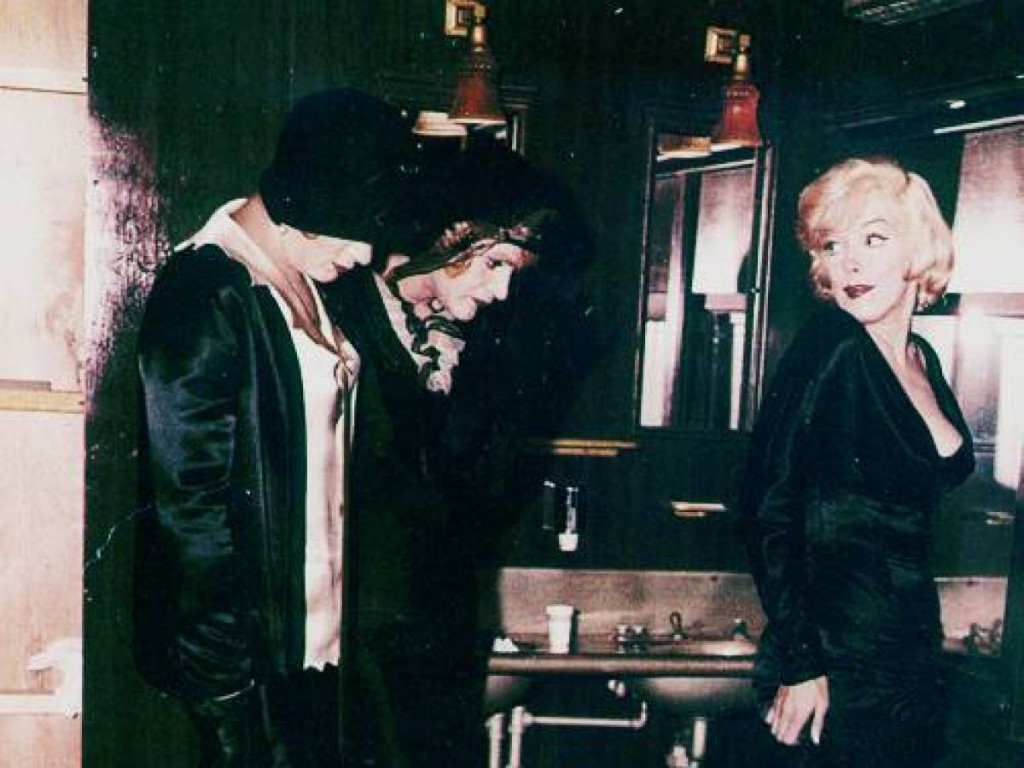 Jack and Joe E. Brown Getting Into The Groove of Their Character’s Tango 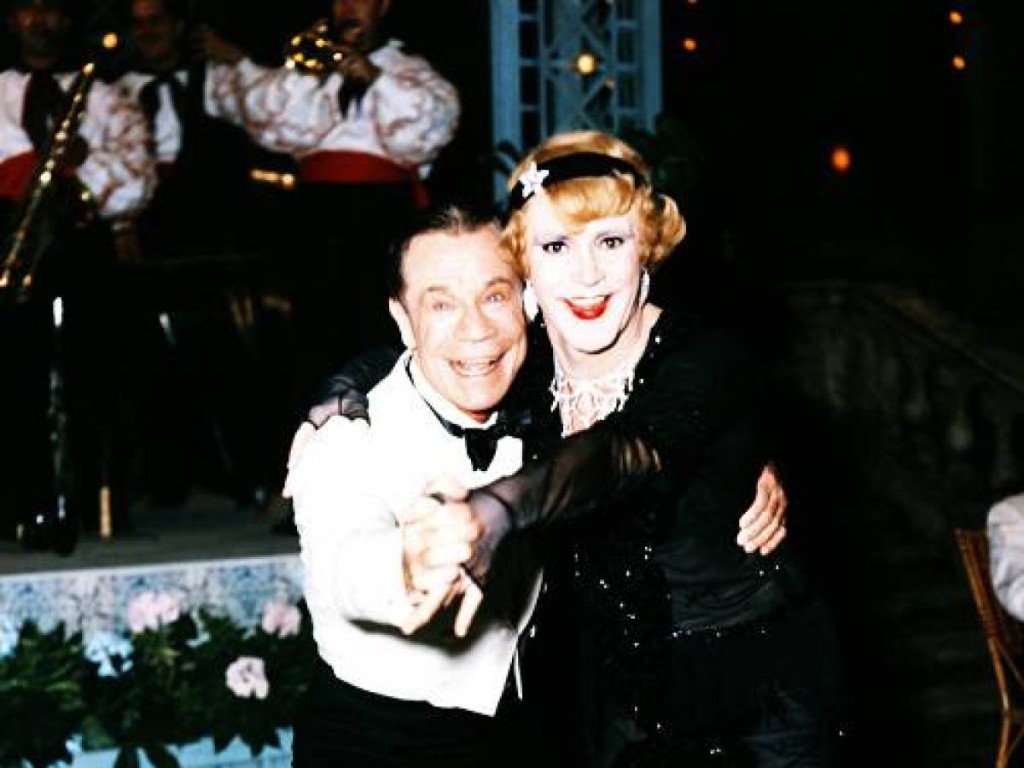 The film was made in California during the summer and autumn of 1958.Many scenes were shot at the Hotel del Coronado in San Diego which appeared as the Seminole Ritz Hotel in Miami in the film. The Hotel in San Diego fitted into the area of the 1920s and was near Hollywood, so Wilder choose it although it was not in Florida.

There were many problems with Marilyn Monroe who lacked concentration and suffered from addiction to pills. She could not memorize many of her lines and required 47 takes to get “It’s me, Sugar” correct, instead saying either “Sugar, it’s me” or “It’s Sugar, me”. Tony Curtis and Jack Lemmon made bets during the filming how many takes Marilyn would need to get it right. For the scene with Shell Jr. and Sugar at the beach three days for shooting were scheduled. Although Marilyn Monroe had plenty of complicated lines, the whole scene between Shell Jr. and Sugar was completely finished in only 20 minutes.Monroe’s acting coach Paula Strasberg and Monroe’s husband Arthur Miller both tried to get influence into the production, which Wilder and other crew members found annoying.

Billy Wilder said in 1959 about filming another movie with Marilyn Monroe: “I have discussed this with my doctor and my psychiatrist and they tell me I’m too old and too rich to go through this again.”]But Wilder also admitted: “My Aunt Minnie would always be punctual and never hold up production, but who would pay to see my Aunt Minnie?”He also stated that Monroe played her part wonderfully.

Jack Lemmon Clowning Around In Make Up 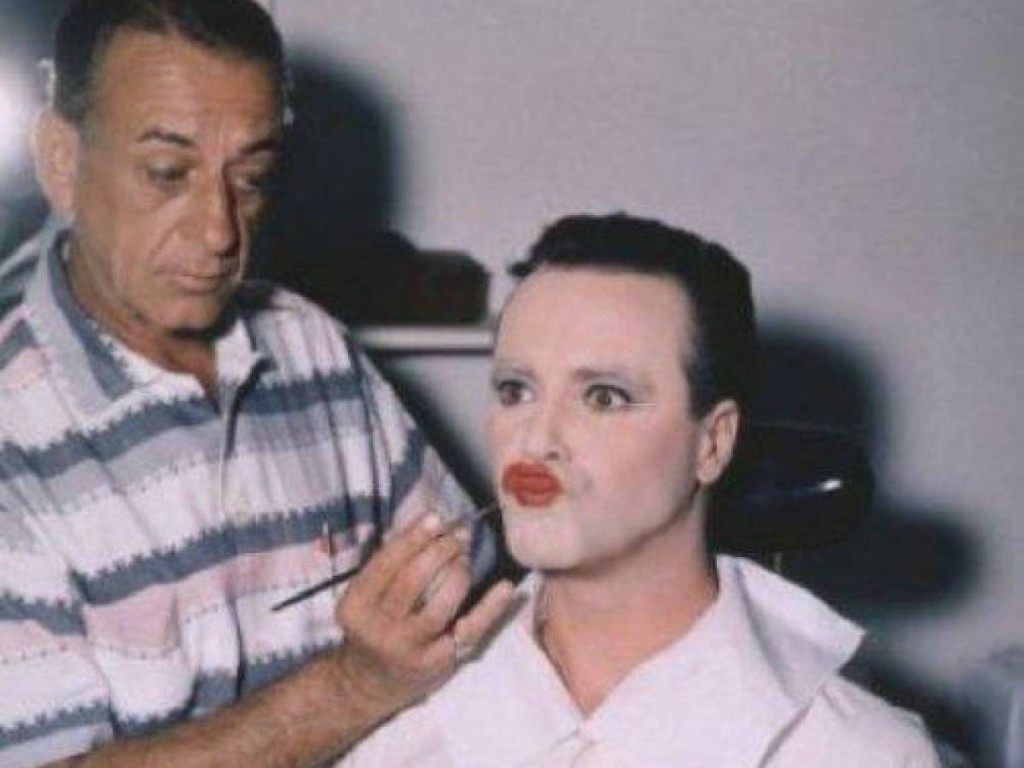 Lemmon Striking A Similar, Albeit Less Fetching Version Of The Pose 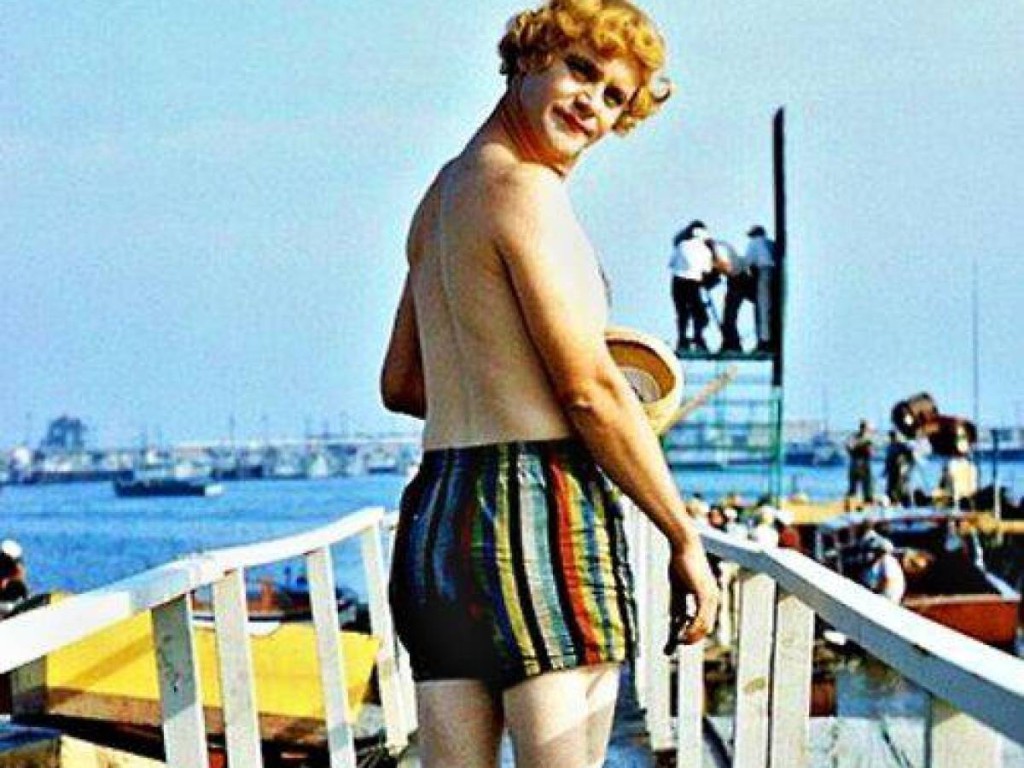 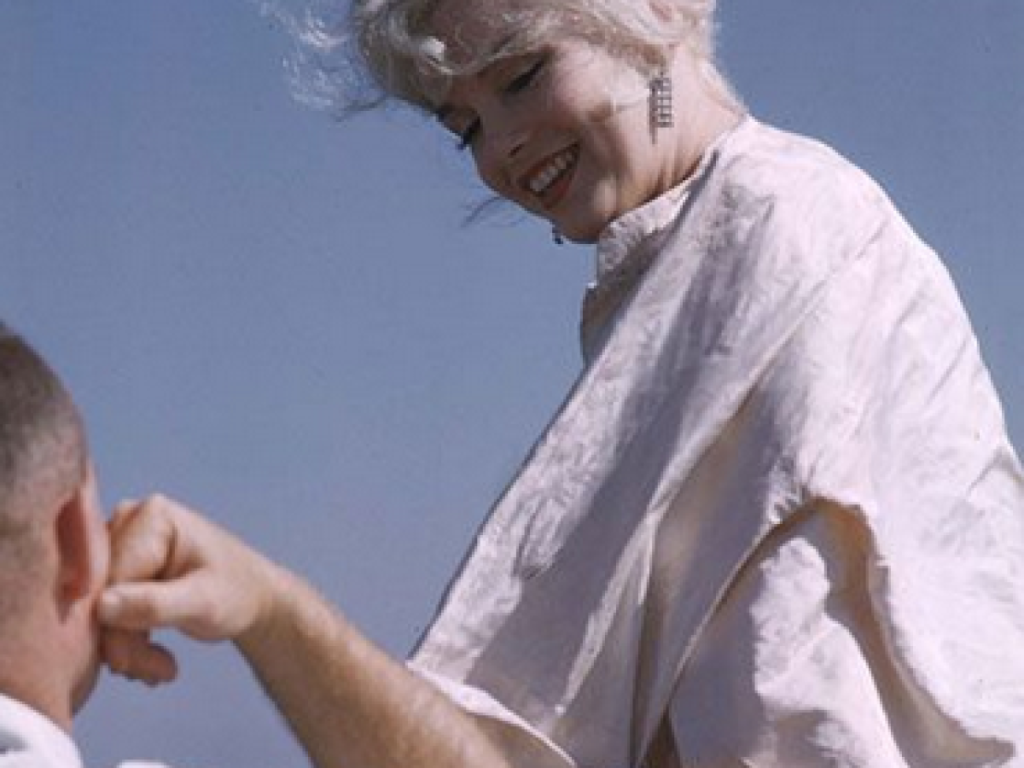 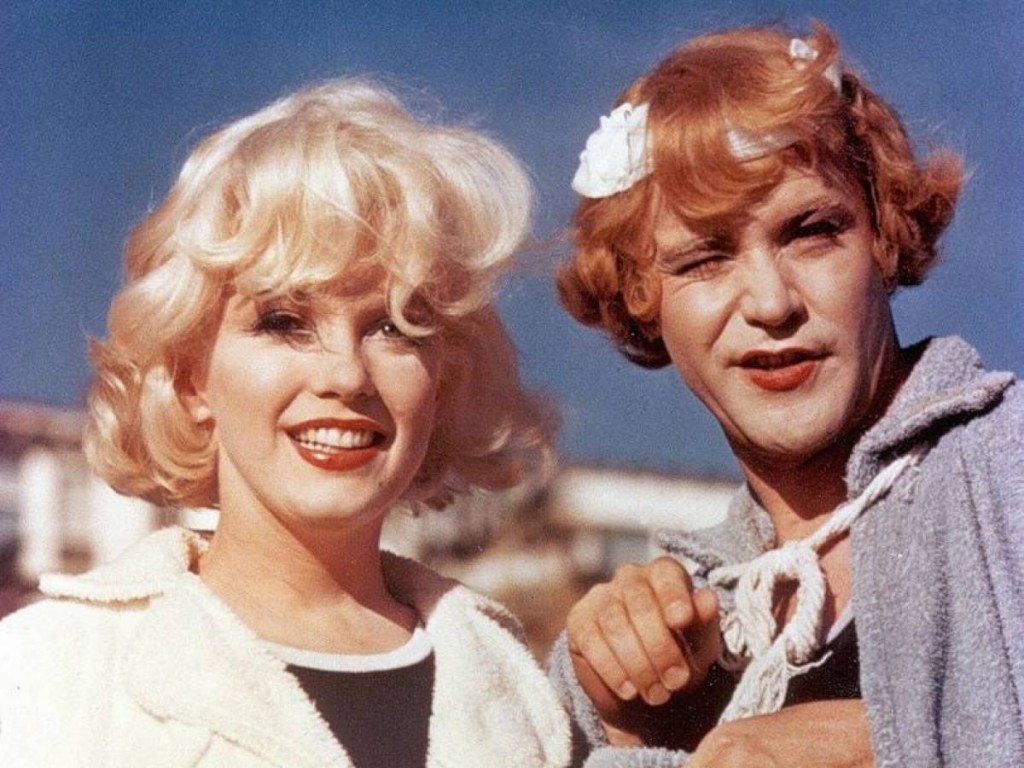 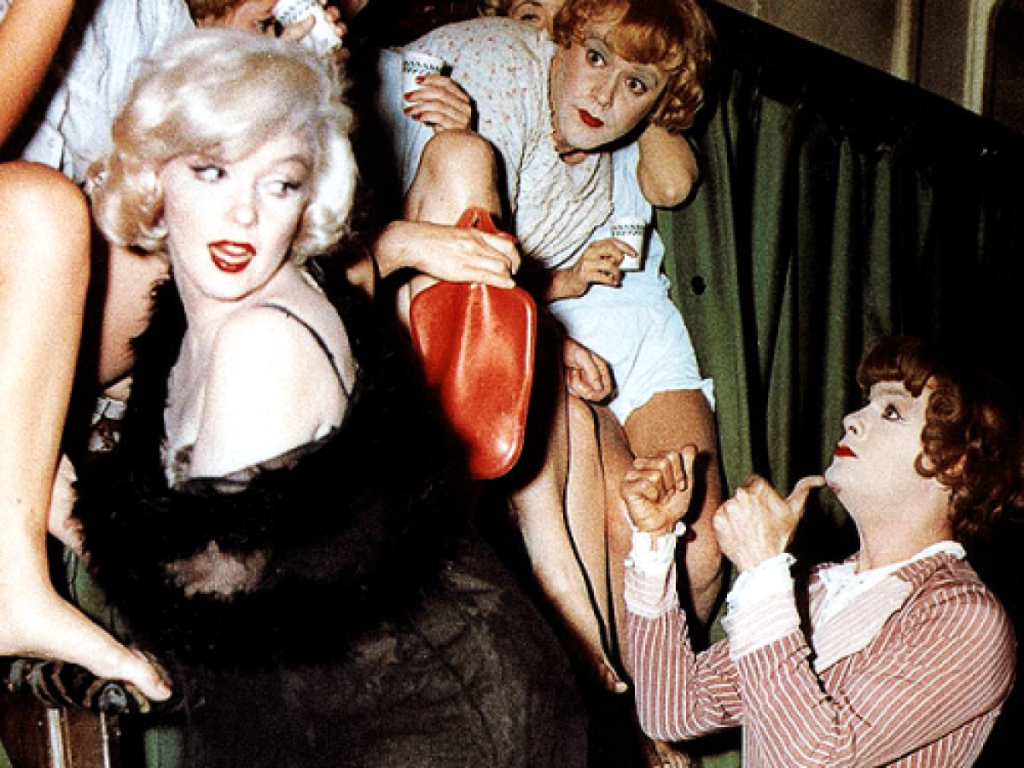 Marilyn Frolicks On The Beach In Her 1920’s Get-Up 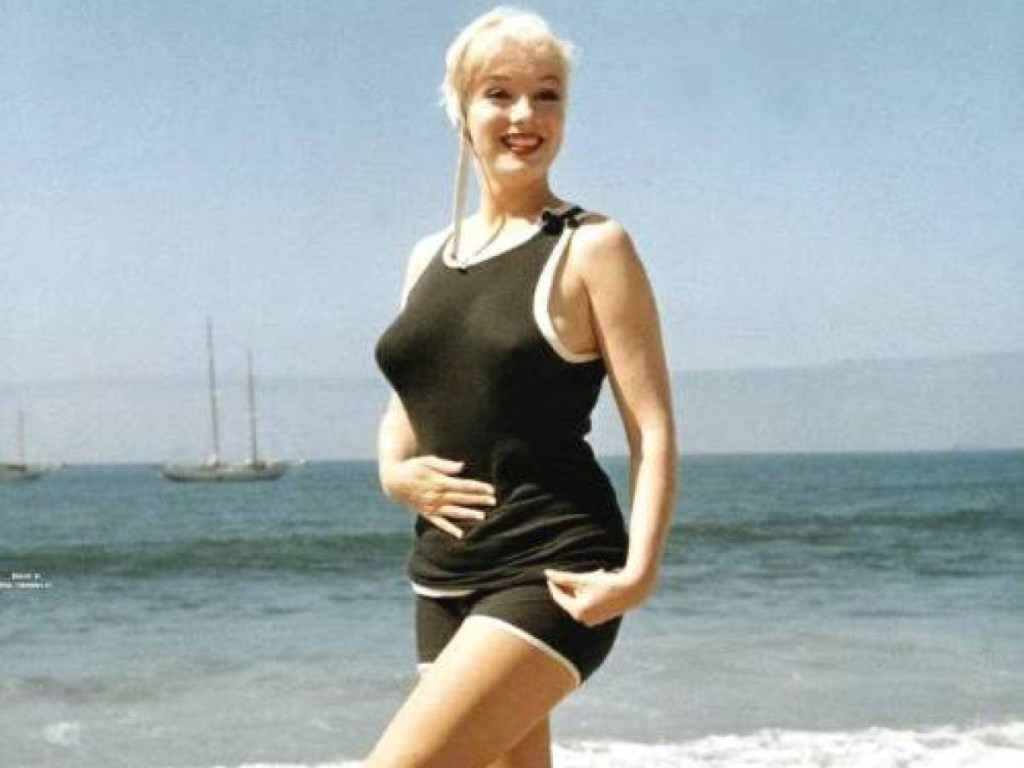 Marilyn Having A Quick Costume Check 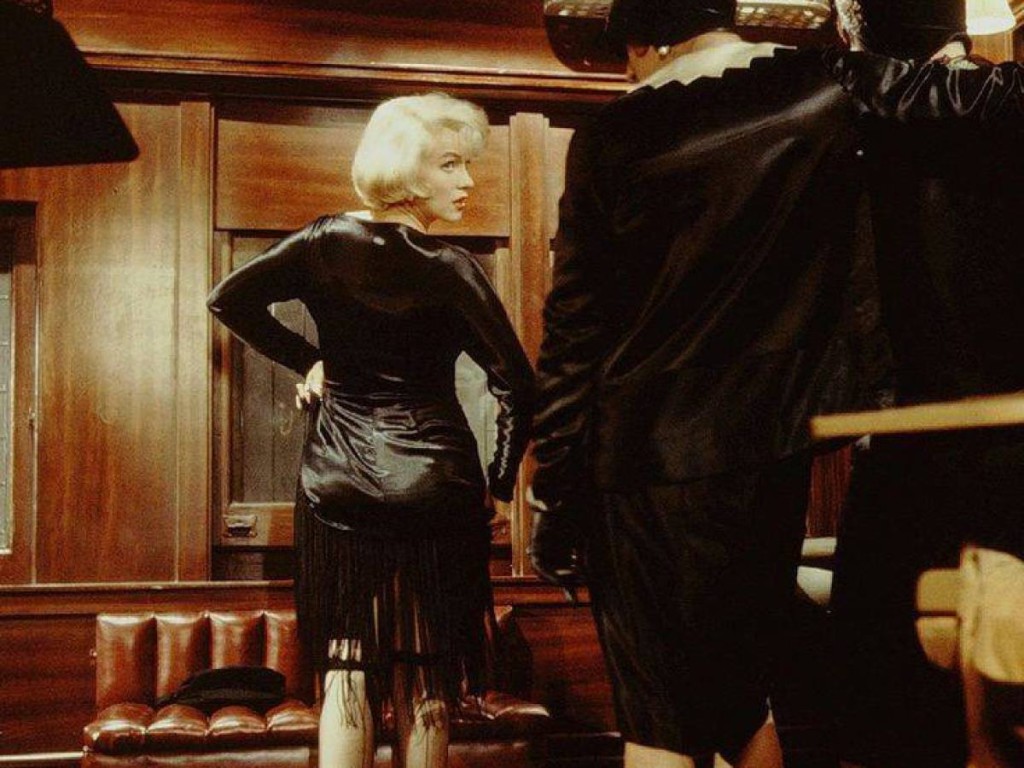 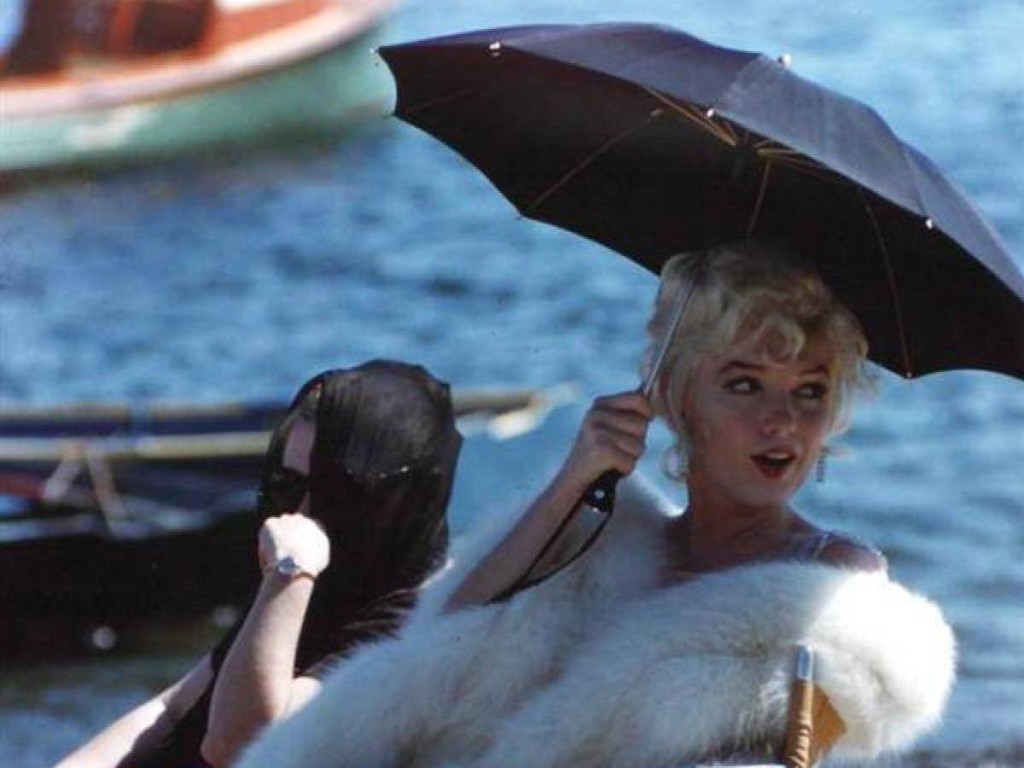 Marilyn On The Retro-fitted Beaches Of ‘Florida’ 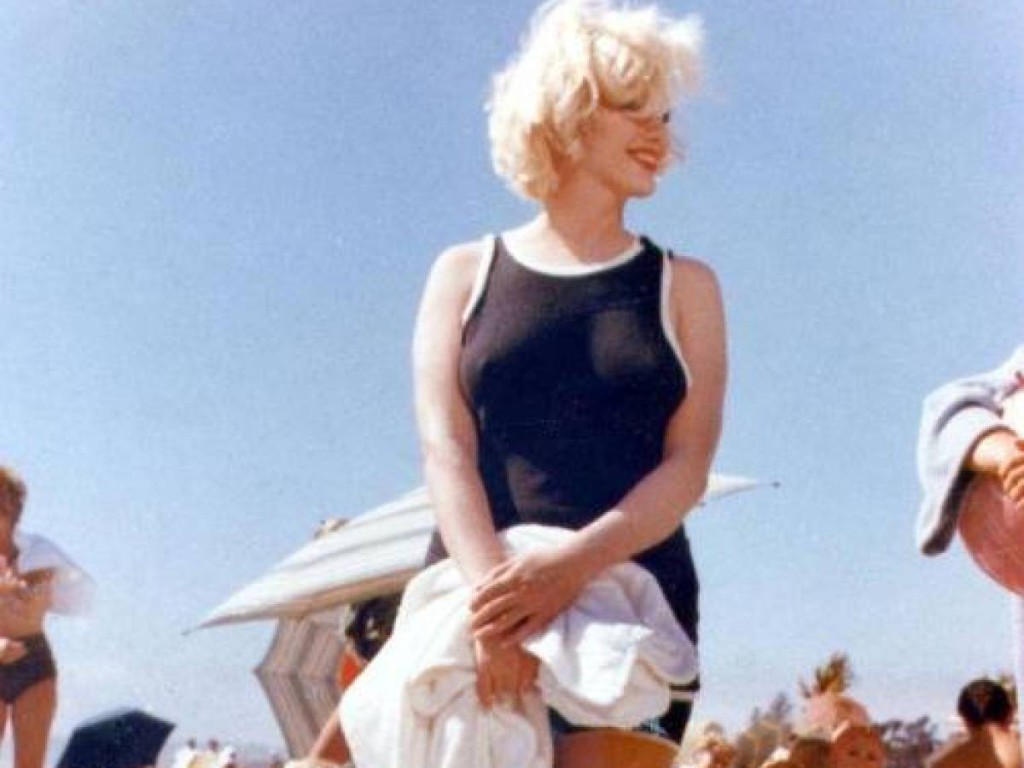 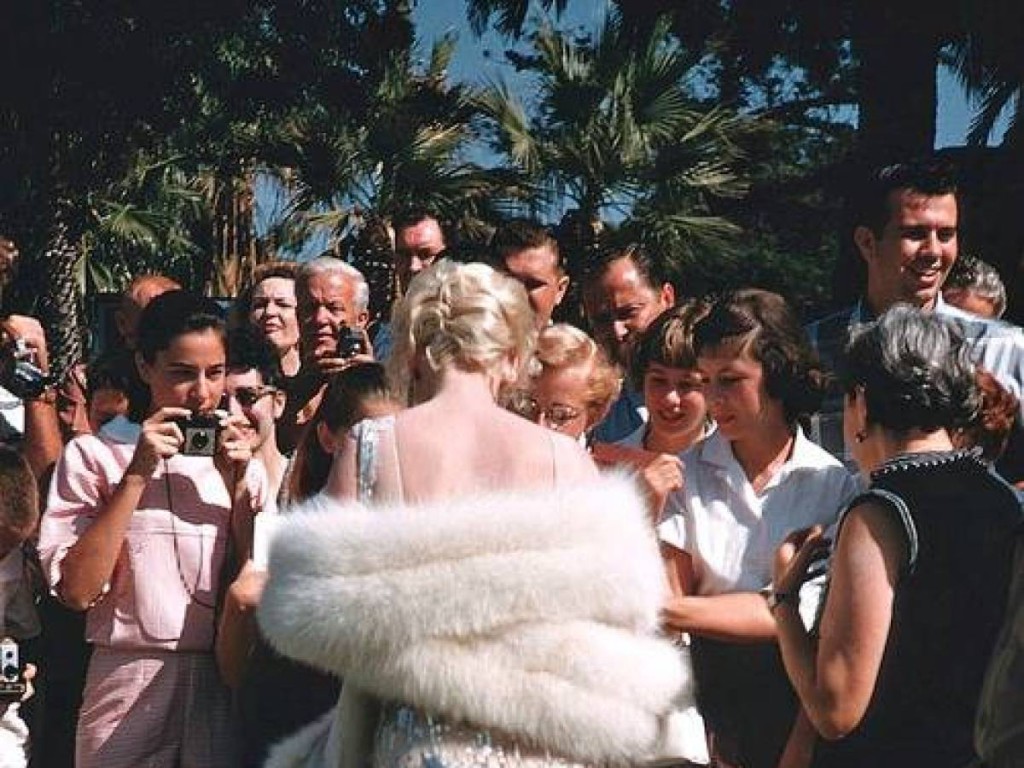 Marilyn Striking A Pose On Set 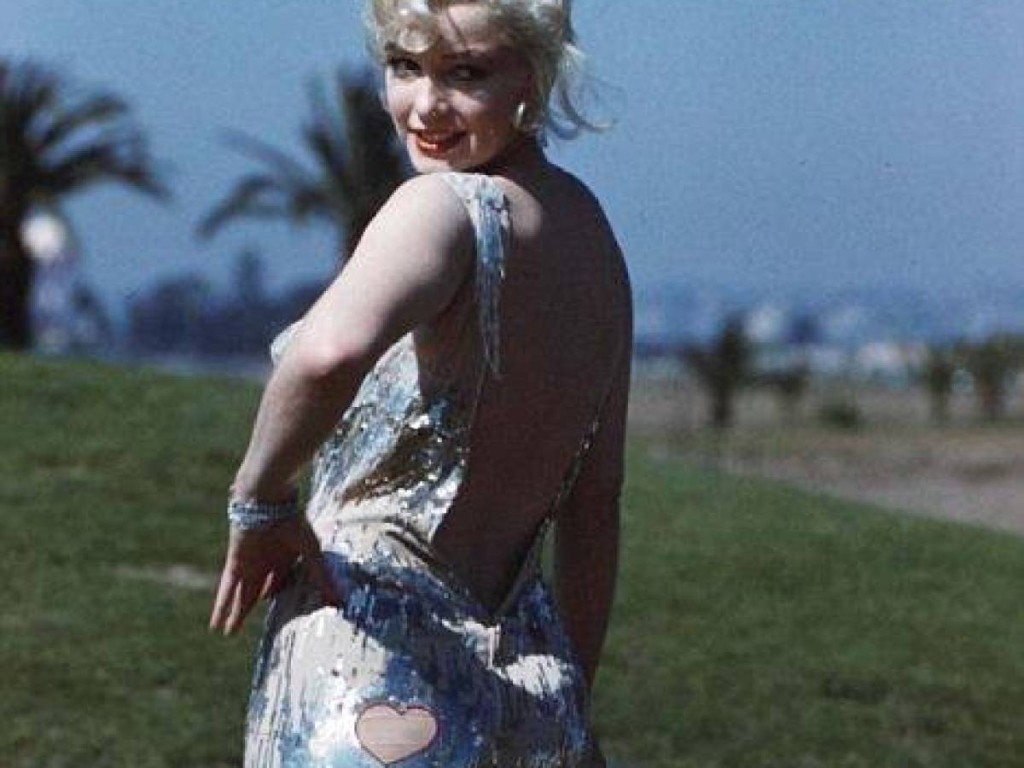 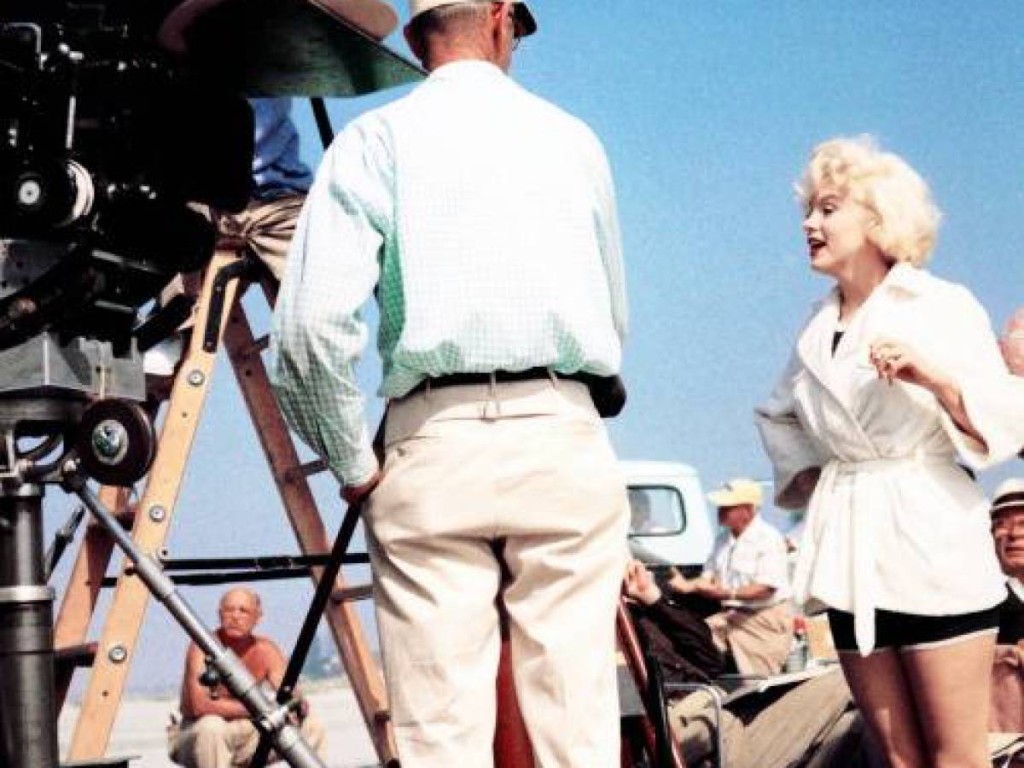 Squishing In For The Famous Late Night Train Party 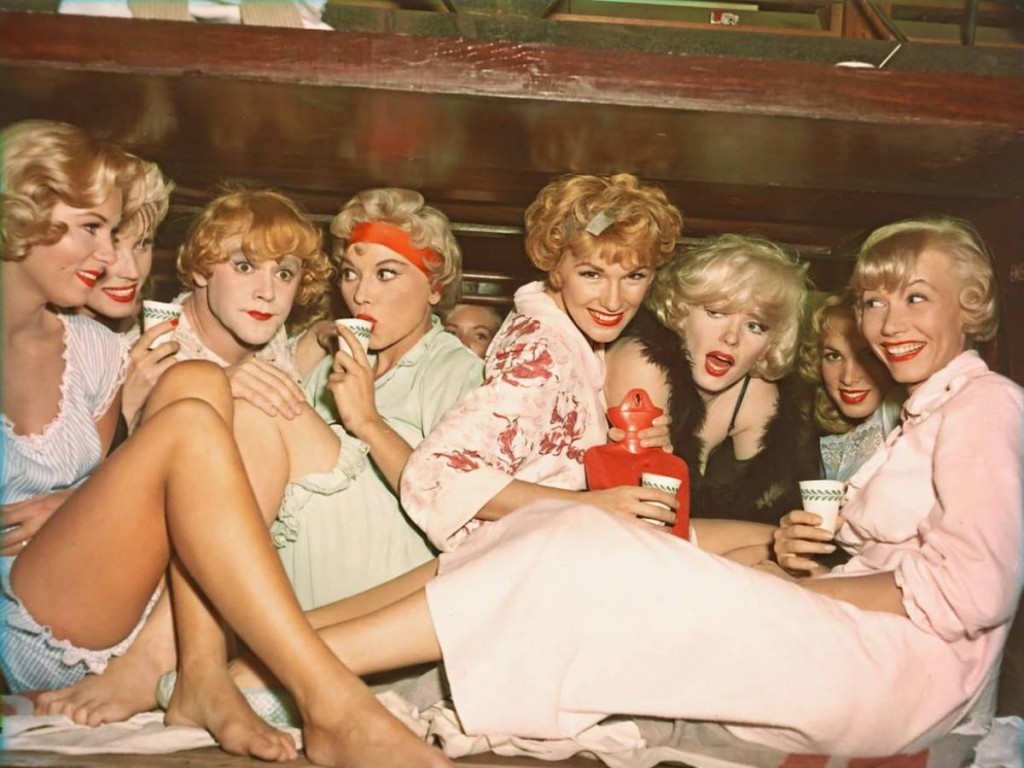 Still From The Film’s Bathtub Scene 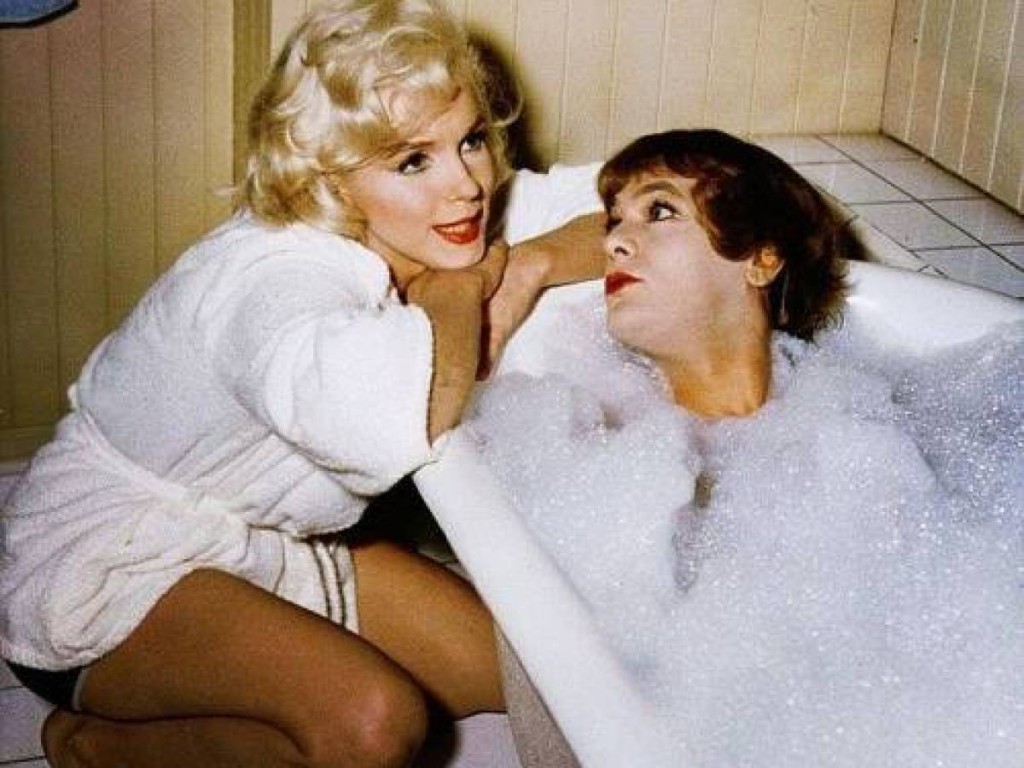 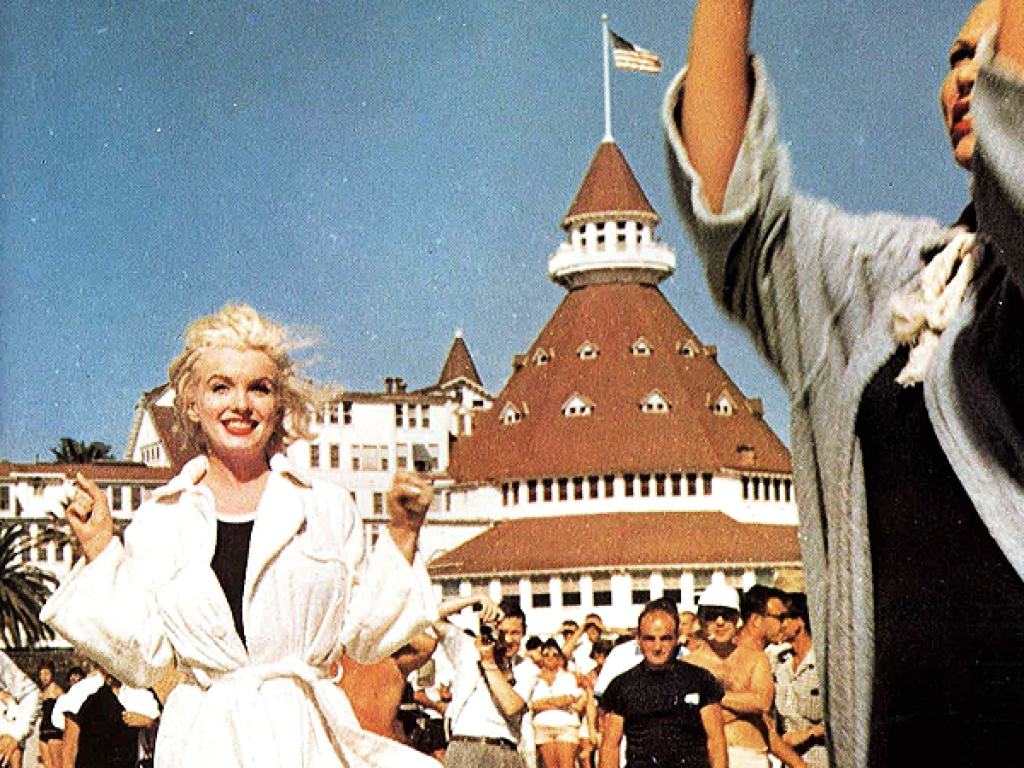 The Three Stars Crushing On Each Other During Rehearsals 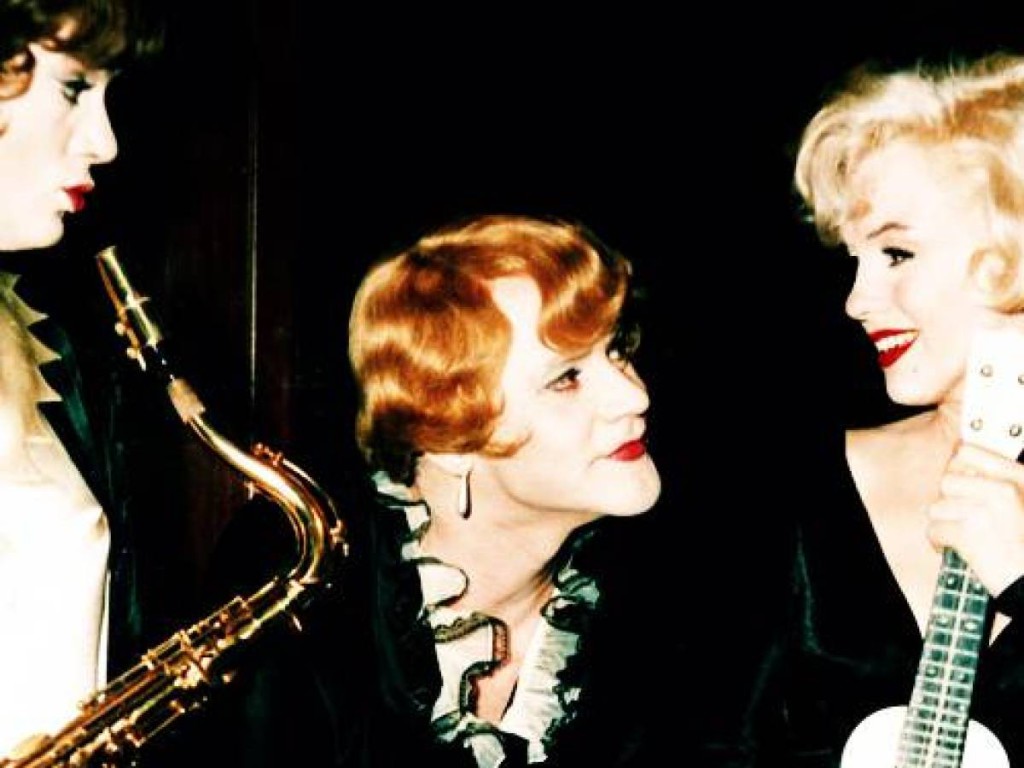 Tony Curtis Getting His Make-Up Done Tony Curtis Helps Marilyn Out Of The Train Party Smush 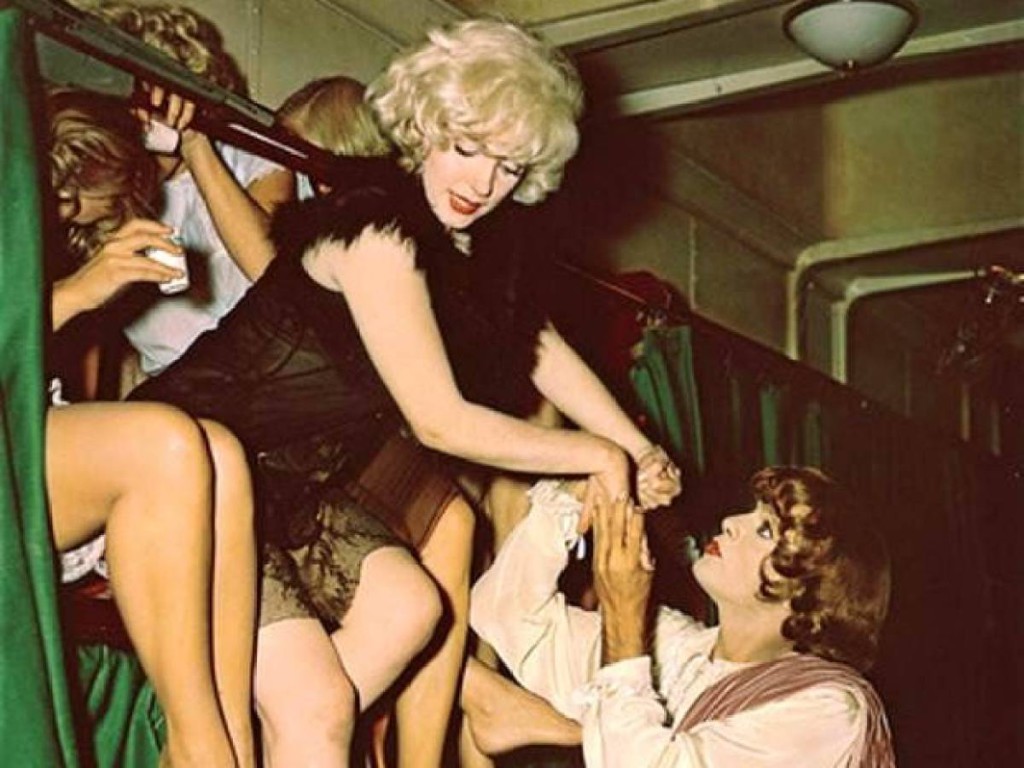 « WWII time warp: Long Range Desert Group vehicle abandoned in the desert
Built in secret, the Sea Shadow was an experimental stealth ship – It operated from 1985 until 2006 before being scrapped »