The ancestor of your Mac: “Apple I” was the hand built computer made in 1976 & Apple’s first official product

With Black Friday just over a month away, getting the best deals on Apple products, including discounts on a MacBook, has become one of the hottest topics on the Internet. Numerous websites offer tips on how and where to get the best MacBook deal.

But what’s so special about Apple’s MacBook that makes the device this desirable? The debate is ongoing and every individual has his or her own reasons to like or dislike MacBook, but many people believe that Apple stands head and shoulders above the rest of the competition. The company certainly knows how to exude superiority.

Apple not only dictates trends in technology but also revolutionized the way we communicate and how we live. It’s safe to say that this colossal multinational company is the top player of the smartphone era, but about 40 years ago Apple was just a small company with big ideas. This is how it all started:

Even today, creating a computer from scratch seems quite impossible, but this was exactly what a man named Steve Wozniak did about 41 years ago when he single-handedly designed and built both the hardware and software of the 1976 Apple-1, the most revolutionary computer in history and one that propelled Apple to a global company. He never wanted to sell anything and had no intentions of founding a company, but this is where another genius with a clear vision of the future comes along. His name: Steve Jobs. His occupation: changing the world.

Neither of these two geniuses could have done it without the other, as they were a very necessary pair. The two college dropouts, alongside their friend Ronald Wayne, joined forces and on April Fool’s Day, 1976, the Apple-1 was born and the Apple Computer, Inc. was founded. It was this device that started a computer revolution changing the way people viewed computers, and most importantly, it went on to change almost every aspect of our everyday lives. 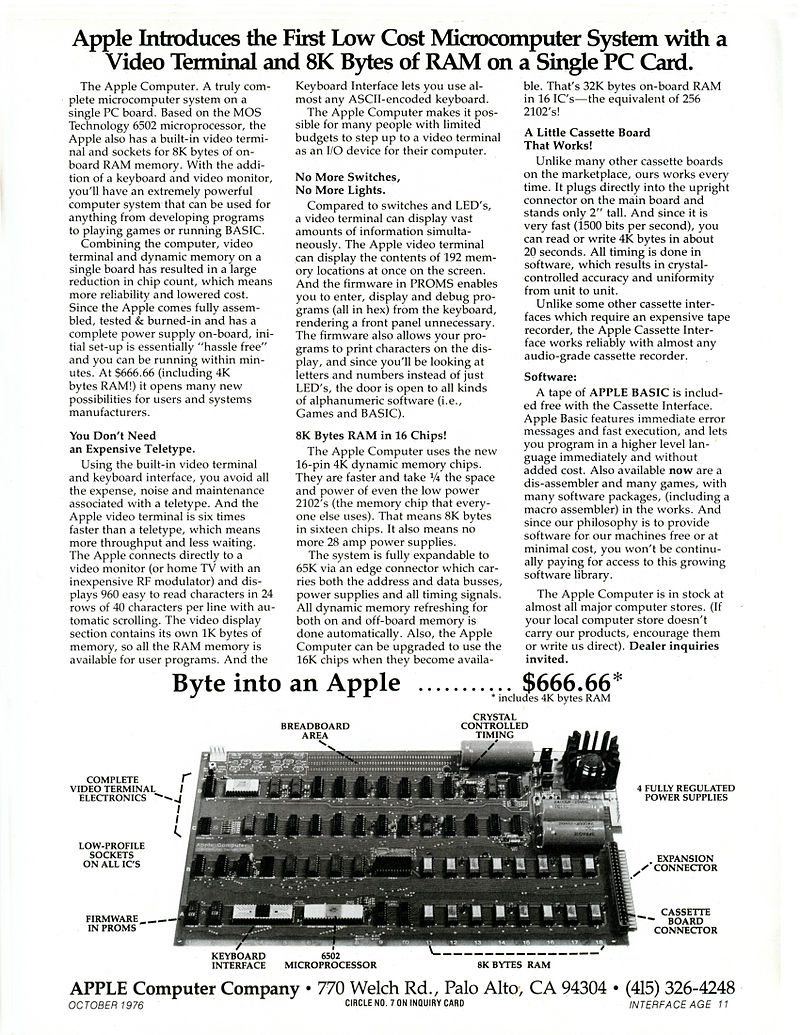