Some of the most haunted Mental Asylums in the United States

Along with the chilly winter temperatures in Wisconsin comes something a little more supernatural. An abandoned mental asylum in Sheboygan County is said to be haunted. The asylum was built in 1940 and housed people with mental or developmental issues, as well as the elderly. It remained open until 2002.

The asylum has had visitors from all over hoping to catch a glimpse of the hauntings that go on in the place. While the visitors claim they have seen a ghost, the residents in the county haven’t witnessed anything unusual at the asylum.

Wisconsin isn’t the only place to have one of the scariest asylums. Here’s a list of the top six haunted mental asylums in the United States:

The sanitarium was originally built in 1910 and was eventually expanded in 1924 due to the amount of people it housed. It was originally opened for tuberculosis patients who had to be isolated so they wouldn’t spread the illness. To try to find a cure, doctors at the hospital conducted painful experiments on the patients; experiments that often had bloody results.

One of the worst surgeries ever documented on some of the patients was when the doctors opened the chest and inserted balloons into the lungs. Another procedure was removing the ribs in order for the lungs to expand. There were over 64,000 people admitted to the hospital who died there.

It is said that one of the employees who worked there had hung herself in the laundry room on the fourth floor in the 1930s. The people who died in the hospital were moved from the morgue and thrown into the body chute in order for the cadavers to be out of sight from the patients. The hospital, morgue, and body chute actually remain intact today. 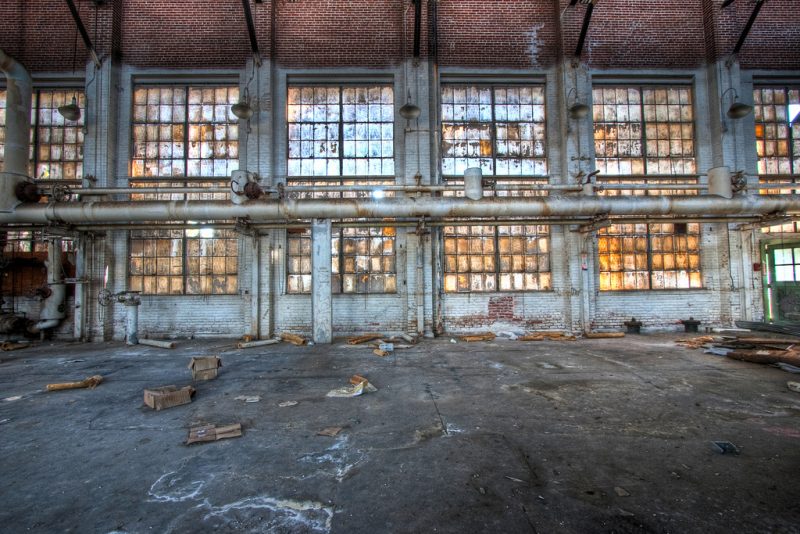 If you’re visiting Los Angeles, this asylum is just miles from downtown. The asylum was originally founded in 1888 as the Los Angeles County Poor Farm. The area’s needy worked at the asylum in exchange for being cared for by the government.

Over time, the asylum was expanded over several hundred acres. It had a hospital and mental ward, along with other buildings. The hospital is still being used today, but has been moved to a different place on the grounds.

The mental hospital and buildings surrounding it were abandoned around the 1950s. At the time, the hospital was mostly known for treating polio patients. During 2006, Marines doing training exercises in the abandoned buildings found a freezer. Inside the freezer, they found amputated limbs and brain tissue samples that had mummified over time. Apparently, the doctors forgot the samples were there as they abandoned the asylum.

Surprisingly, this asylum is still being used today. However, parts of the building have been abandoned and left to rot. One of the more important buildings is called Building 24, which was abandoned in 1974. The four-story building is now occupied by pigeons, proving to be a disgusting scene for onlookers.

Creedmoor is still known today as a place where abuse happened due to the fact the hospital was overcrowded and understaffed. Over a span of 20 months, the staff saw people being admitted for treatment due to rapes, murders, suicides, and beatings, which led to an investigation.

The violent ward had been home to the city’s worst violent offenders. The ward was locked down and the patients were heavily sedated, leaving them pretty much abandoned by the doctors in the facility. Because of the lack of supervision, a patient died from a crushed throat while wearing a straightjacket. After the incident, the building was closed and eventually abandoned.

This asylum was originally built in 1874 as the Athens Lunatic Asylum. It was eventually renamed The Ridges and was known for being run over-capacity. As you can guess, more and more patients being added to the building meant that the patients received little to no care at all.

This was not surprising, as many asylums suffered the same issues. With overcrowding came abuse towards the patients. But abuse was not unheard of when it came to asylums and people generally turned the other cheek, leaving the issues to resolve themselves.

This hospital was also known for the more than 200 trans-orbital lobotomies that were performed there by Dr. Walter Jackson Freeman. He was known by many as the physician who developed the horrific procedure that apparently was supposed to cure a range of mental illnesses.

Many people died within the hospital walls for a number of reasons. Staff members continued doing their jobs, as death was an everyday occurrence. However, during the winter of 1979, a patient named Margaret Schilling had gone missing and her body was found weeks later in an abandoned tuberculosis wing in the hospital. Her body had left an imprint on the floor that is still noticeable today.

The hospital’s funding was eventually cut, resulting in the hospital being abandoned in the 1980s. It was then refurbished and used by what is now the University of Ohio. The only part of the hospital that was left untouched is the tuberculosis wing.

This hospital opened in 1933 in order to ease the overcrowding of the state’s other two mental hospitals. Sadly, it didn’t last long due to the fact it became overcrowded itself. By the 1960s, the hospital had nearly 4,000 patients due to the common practice of over-diagnosing people.

The hospital consisted of 16 buildings and spread over 770 acres. There were underground tunnels so that the staff could move the patients without others knowing. That meant they could have been alive or dead.

In 2009 the town demolished the tunnels, which some believe were haunted. The hospital doctors usually practiced lobotomies, prescribed Thorazine, and also practiced hydrotherapy. Hydrotherapy was used to calm a patient. It involved ice baths or prolonged bathing, sometimes for more than a day. The patients were restrained and weren’t allowed to leave the bathtub. The hospital was finally closed in 1995.

The asylum was opened in 1864 when it started admitting Union troops that suffered from PTSD from the Civil War. Of course, it was not called PTSD at the time and no one really understood shellshock. These sufferers often got painful lobotomies.

The hospital was open for more than a century and thousands of patients died there. They either died of their diseases, killed themselves, or were even killed by other patients. A majority of those people were buried in the mass graves on the land.

The hospital was designed to house only 250 patients, but by the 1950s it was home to ten times as many. It even was the home of one of the most famous mental patients, Charles Manson. After many decades of violence and neglect, the hospital shut down in 1994 and was abandoned.