Beneath the streets of suburban Edinburgh lies a secret —an underground dwelling carved out of sandstone!

Located beneath the streets of Gilmerton (an ex-mining village, now a suburb of Edinburgh, Scotland), Gilmerton Cove is a subterranean complex of passageways and chambers carved out of the sandstone bedrock on which this part of Gilmerton stands.

Gilmerton was originally a separate village which grew from medieval origins to accommodate local coal miners and limestone quarrymen and their families. 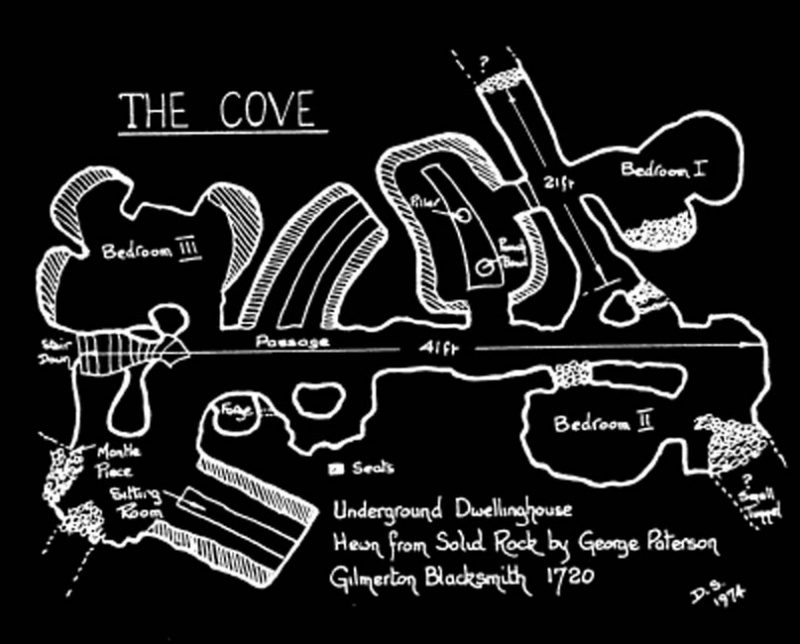 Gilmerton Cove, a mysterious network of caves and passages sprawling beneath Edinburgh. source 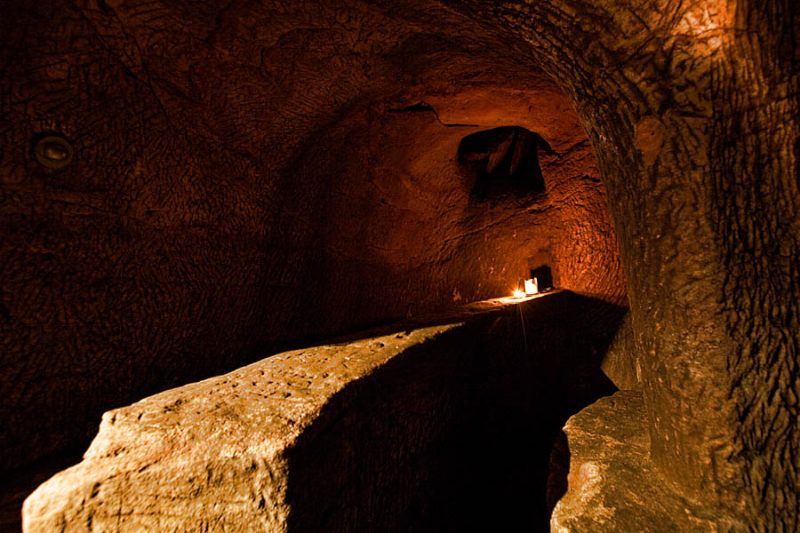 This fascinating place has remained unchanged for centuries and no one knows who built it or why. Extensive archaeological and historical research has failed to resolve the mystery. However, there are many theories about the origins of the Cove and its purpose. 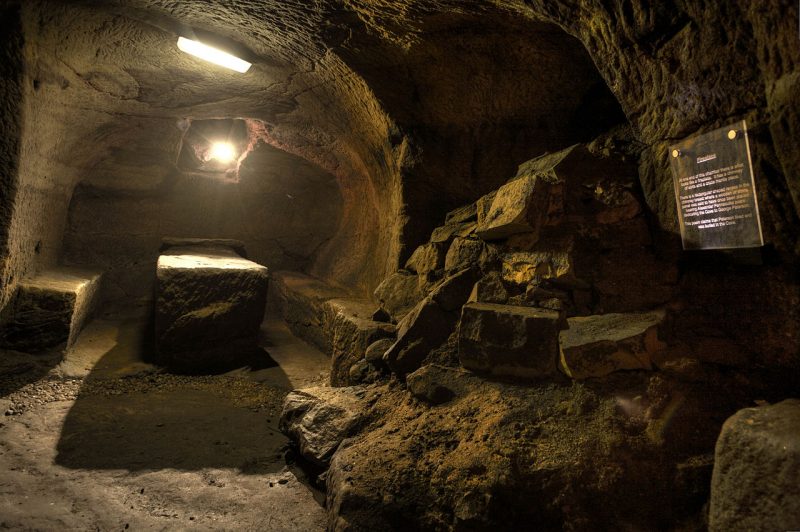 A passageway in Gilmerton Cove. source

Popular theories are that it was used as a drinking den for local gentry, a Covenanters refuge, and a smugglers’ lair. The “traditional” theory is that the Cove was the work of George Paterson, a blacksmith who is said to have excavated it between 1719 ad 1724 as a home and workshop for himself and his family. The parish records show that he was reprimanded for allowing alcohol to be consumed within the Cove on the Sabbath. It is not known whether Paterson was responsible for carving the Cove. 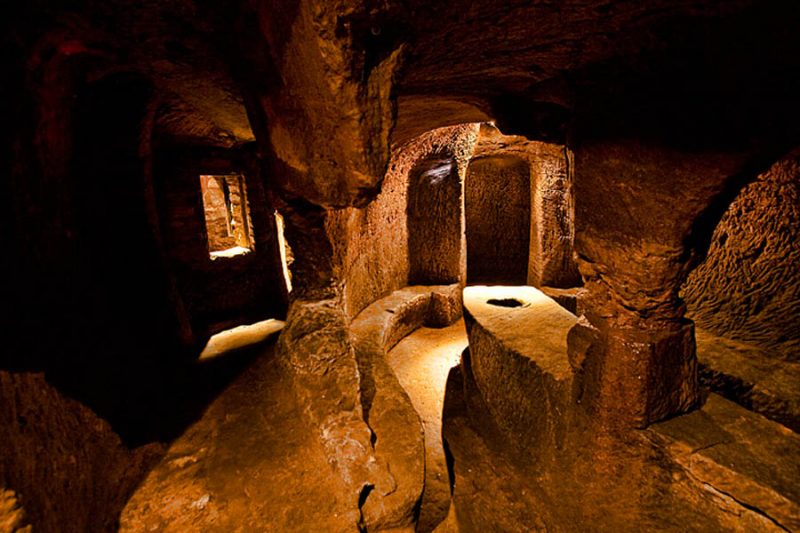 The “traditional” theory is that the Cove was the work of a blacksmith, named George Paterson. source

This theory first emerged in 1769 in verses written by the poet Alexander Pennecuik. It was given wider circulation in a detailed description of the Cove published in 1792 by the Reverend Thomas Whyte in “The Transactions of the Society of the Antiquaries of Scotland”. 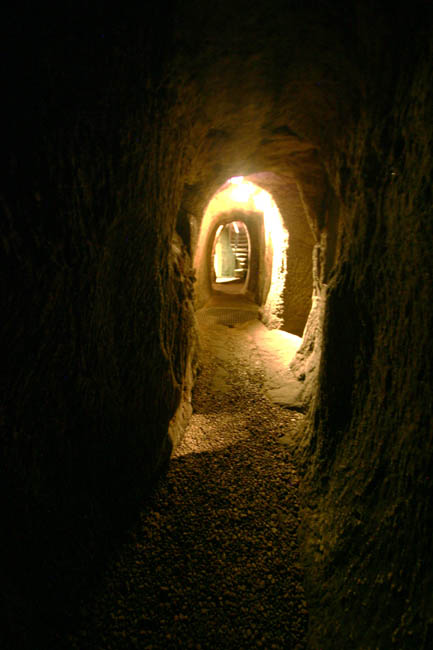 The first full survey of the Cove was done by F. R. Coles, Assistant Keeper of the Museum in Edinburgh in 1897. source

F.R. Coles, an assistant keeper of the National Museum of Antiquities of Scotland, undertook a comprehensive survey of Gilmerton Cove in 1897.

His conclusions were published in The Scotsman newspaper in 1906. According to Coles, Gilmerton Cove was excavated long before George Paterson’s day, largely because of the types of tools revealed by the marks on the rock. Coles thought the Cove was very like other chambers in this traditional mining area excavated as “trial bores” to see whether coal or other minerals might be found, and abandoned when they weren’t.

A comprehensive archeological investigation of Gilmerton Cove took place between 2000 and 2002. Rubble blocking some of the chambers and passageways was removed and was uncovered a set of stone steps providing a rear entrance, a network of drainage channels and various artefacts from the last three centuries. The overall conclusion, however, was that Gilmerton Cove had been so regularly used and reused over recent centuries that meaningful archeological evidence of its origins had been lost. 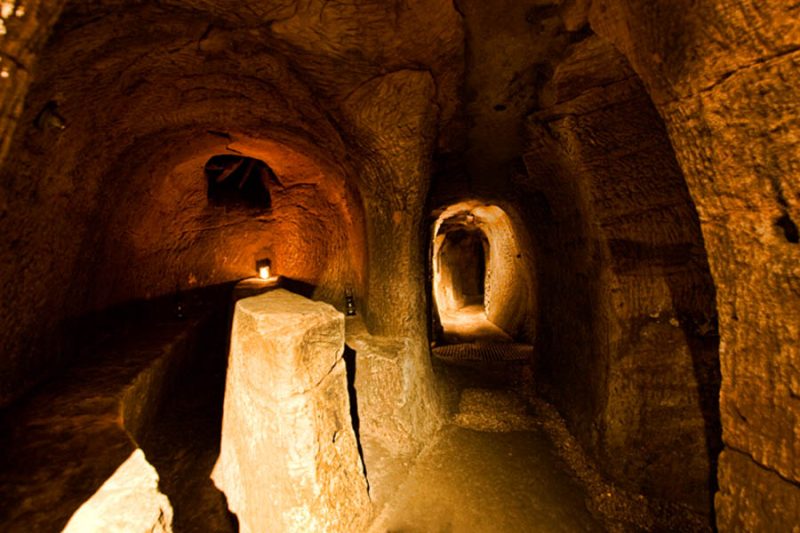 In August 2003, the Cove was opened as a tourist attraction. source

A five-year collaborative project between Gilmerton Heritage Trust and The City of Edinburgh Council allowed the newly restored Cove to open in 2003 as an educational resource for the community as well as a place to visit.