Mysterious Artifacts found in the Valley of Kings in Egypt

Just last year, archaeologists were excavating areas around Egypt’s Valley of the Kings; what they found is a miraculous addition to Egyptian artifacts. They found four deposits that were buried in a ritual act that used to be carried out right before the construction of a tomb.

The deposits were arranged in a box-like shape and had a mix of different artifacts. The items included the head of a cow, a vase that was painted blue, and flint blades with wooden handles. The most amazing thing is that every one of those artifacts, including the cow head, were almost perfectly preserved even after three millennia.

The Valley of the Kings was where Egyptian royalty was buried during the time of the New Kingdom in the years 1550 to 1070 BC. The deposits were found in the western valley, sometimes called the Valley of the Monkeys. It was given the alternative name because in one of the tombs in the valley was a depiction of 12 baboons. 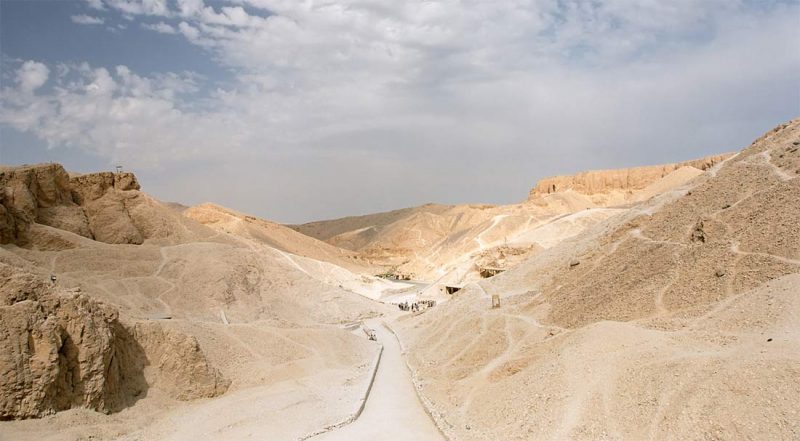 A view of the Valley of the Kings, the burial place of rulers from Egypt’s New Kingdom period (ca. 1550-1070 B.C.), including Merenptah. Wikimedia Commons

An archaeologist that works for the Egyptian Ministry of State for Antiques, Afifi Ghonim, was the field supervisor during the discovery in the years 2007 to 2011. The recent expedition was led by Zahi Hawass; that discovery is the largest find since Howard Carter discovered King Tutankhamun’s tomb in 1922.

Ghonim said that they had uncovered many new inscriptions in the workmen’s huts in the area. They also registered hundreds of new finds like the ostraca, which is the writing found on pottery. Along with Ghonim’s team, a team from the University of Basel in Switzerland had found 50 mummies, some of them children, in a tomb in the eastern part of the valley.

Ghonim explained that foundation deposits were usually ritual offerings either placed in front of or around the tomb or temple when the ceremony commenced. Some of the things included in these types of deposits were mini versions of the tools which were used in the tomb’s construction and offering vessels with some food still in them, like the calf’s head and limbs. Many of the researchers in the group believe there has to be a tomb nearby since they found the deposits that normally accompany a burial, yet they are still looking. 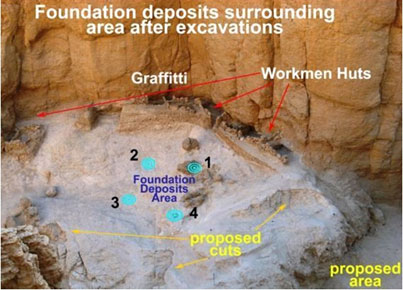 The position of the four deposits found in the Valley of the Kings. Credit Afifi Rohim Afifi and Glen Dash

Ghonim went on to say that the foundation boxes were laid out so that four of those boxes would form a box shape and the fifth was placed on the axis of the tomb. They did find the four boxes that made up the entire box, but not the fifth. However, Ghonim said that the fifth box may be waiting to be discovered just like the tomb had been.

Ghonim is not worried that he and his team won’t find the tomb. It took Carter almost three seasons to find King Tut’s tomb in 1922. Although modern technology has soared, making it easier to find buried tombs and artifacts, the area of the Valley of the Kings is quite challenging.

However, there is the off chance that the deposits were put there, but the entire tomb was not finished for some reason. In that case, that team of researchers could be searching for nothing. 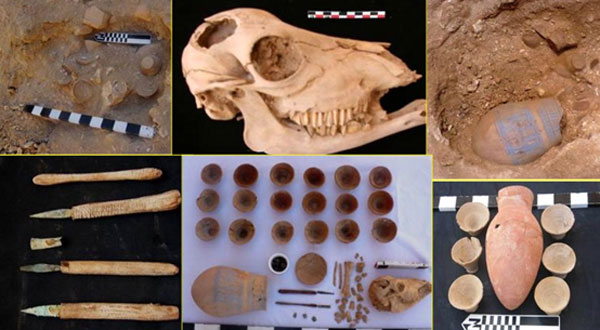 If there is no tomb, the team believes that the incomplete tomb could belong to the Pharaoh Amenhotep IV or a member of his family. Amenhotep IV had later changed his name to Akhenaten and had unleashed a religious revolution, making Egyptian religion focus on the worship of the sun disk, Aten. This pharaoh built an entirely new capital which is now called Amarna. His revolution did not last and his religious change collapsed shortly after his death in 1336 BC.

Ghonim said that if that tomb was made for Amenhotep IV, he may have begun the construction of the tomb there at the dig site, but then might have moved to Amarna as Akhenaton. This theory would be supported if it’s true that the foundation deposits were laid down but then the site was abandoned unfinished. The work at that site would have begun during the reign of Tutankhamen or Ay.