For the first time ever, archaeologists and researchers are able to accurately determine the Anglo-Saxon ancestry of the British population from ancient skeletons. Human remains that have been excavated from burial sites near Cambridge were well enough preserved that they provided whole-genome sequences of ancient British DNA.

Researchers have used a new analysis method in order to compare the ancient genomes with the modern-day sequences. They have estimated that about a third of British people’s ancestors were Anglo-Saxon immigrants. By studying historical accounts, documents, and archaeology, researchers found that the Anglo-Saxons migrated to Britain from continental Europe from the 5th century AD. These people had brought a new culture, social structure, and language to the country. Skeletons from the late Iron Age and from the Anglo-Saxon period gave the researchers enough DNA to understand these people by using genomics. 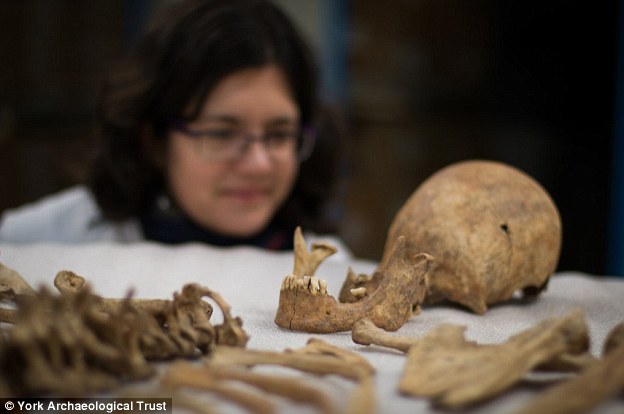 The skull of one of the Roman-age skeletons discovered at Driffield Terrace in York.Source

One of the researchers, Dr. Stephan Schiffels, said that by sequencing the DNA from ten skeletons from each age, they were able to obtain the first complete ancient genomes from Great Britain. He added that comparing the two ancient genomes with sequences of hundreds of modern European genomes, they were able to estimate that 38% of the ancestors of the English were actually Anglo-Saxons. This is actually the first and most accurate estimate of the impact of immigration on Britain from the 5th to 7th centuries A.D.

It has been nearly 13 centuries since the English ‘people’ first appeared in historical records. A monk named Venerable Bede recorded the history of his times and makes references to the English people and their history. Bede’s works are very important for our knowledge of the Anglo-Saxons. The monk recorded how the Anglo-Saxons had moved to Britain and became Christian. 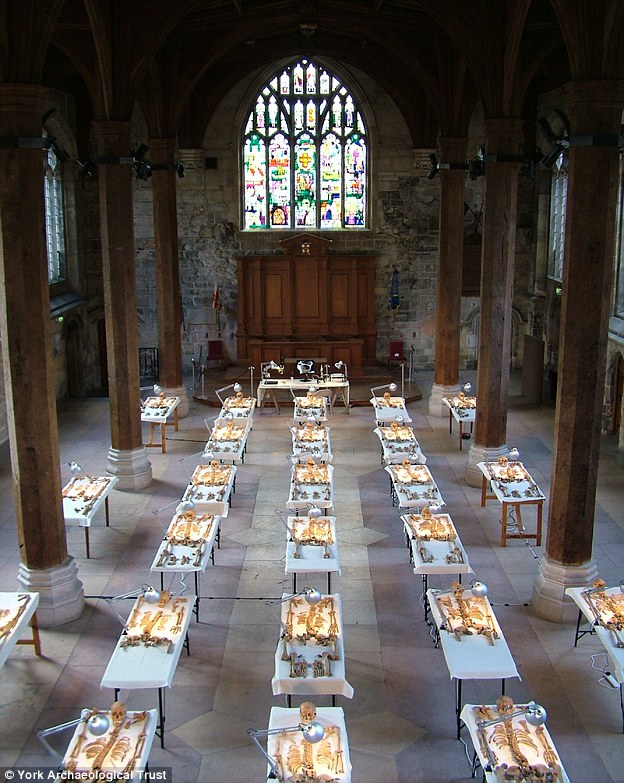 The Roman-age skeletons from Driffield Terrace laid out in York’s Guildhall.Source

Research done before this new sequence had stated that between 10% and 95% contributed to the population. However, they did not have technology like we have today for doing these special sequences. One older study even suggested that the Anglo-Saxons did not mix with the population at all and instead they stayed segregated. However, as stated above, the new research is a lot more accurate and disproves the earlier ideas. These new sequences show how much the immigrants integrated.

The ancient skeletons from Cambridgeshire were carbon-dated and this proved they were from the late Iron Age, which was from about 50 BC. The other skeletons that were carbon-dated from the Anglo-Saxon era were from around 500 to 700 AD. After the carbon-dating, the complete genome sequences were then selected for DNA sampling to determine the make-up of the Iron Age Britons and Anglo-Saxons.   Schiffels commented that by combining the archaeological findings with DNA the resulting data gave them a lot more information about how the Anglo-Saxons lived.

The genome sequences from four of the ten skeletons found in a cemetery in Oakington indicated that two were migrant Anglo-Saxons, one was a native, and another was mixture of both. 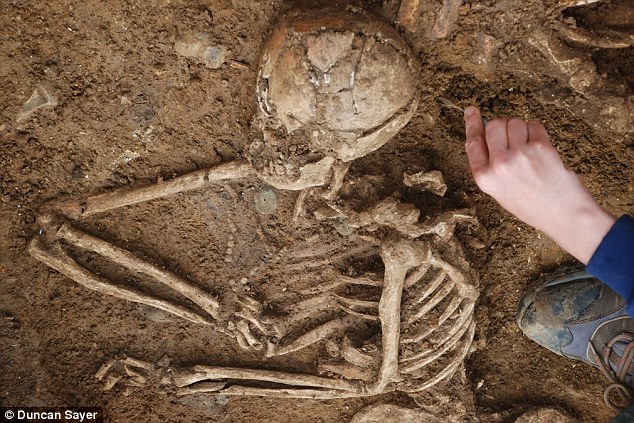 An Anglo-Saxon woman is carefully excavated from a fifth and sixth century burial ground in Oakington.Source

Another archaeologist and researcher working on the project, Dr Duncan Sayer, said that not only did the researchers find out the skeletons’ origins, but that they were treated similarly in death, by being buried in the same way and next to each other. The people were all well-integrated into the Oakington Anglo-Saxon community despite their different origins.

The Modern British and continental European genomes from the UK10K project and the 1000 Genomes Project were compared with other genomes from other ancient skeletons. The researchers discovered that the Anglo-Saxon immigrants were quite similar to modern Dutch and Danish people. They contributed about 38% of the DNA of modern people from  the East of England.

The Anglo-Saxons first settled in the South East of England, so this pattern is quite consistent with the migration patterns. The country has changed quite a bit and has had waves of migration, war, and industrial development, that have changed the genetic mixture of the  population of England, further.

« Rockaway Beach Branch- The neglected and long forgotten railroad in Queens, New York City
These beautiful autochromes will take you in Spain back in 1917 »